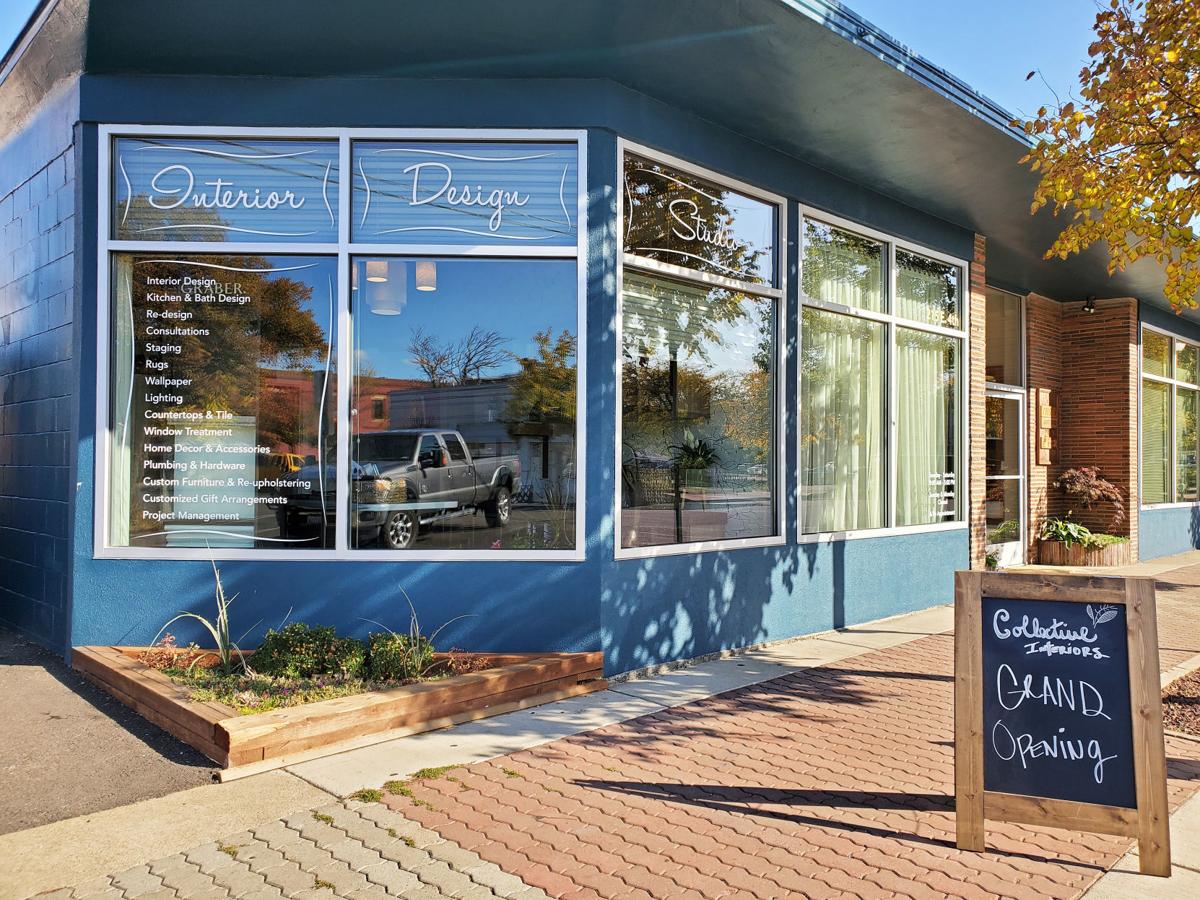 The Collective Interiors space occupies a building previously occupied by a dentist’s office. The business recently celebrated their grand opening. 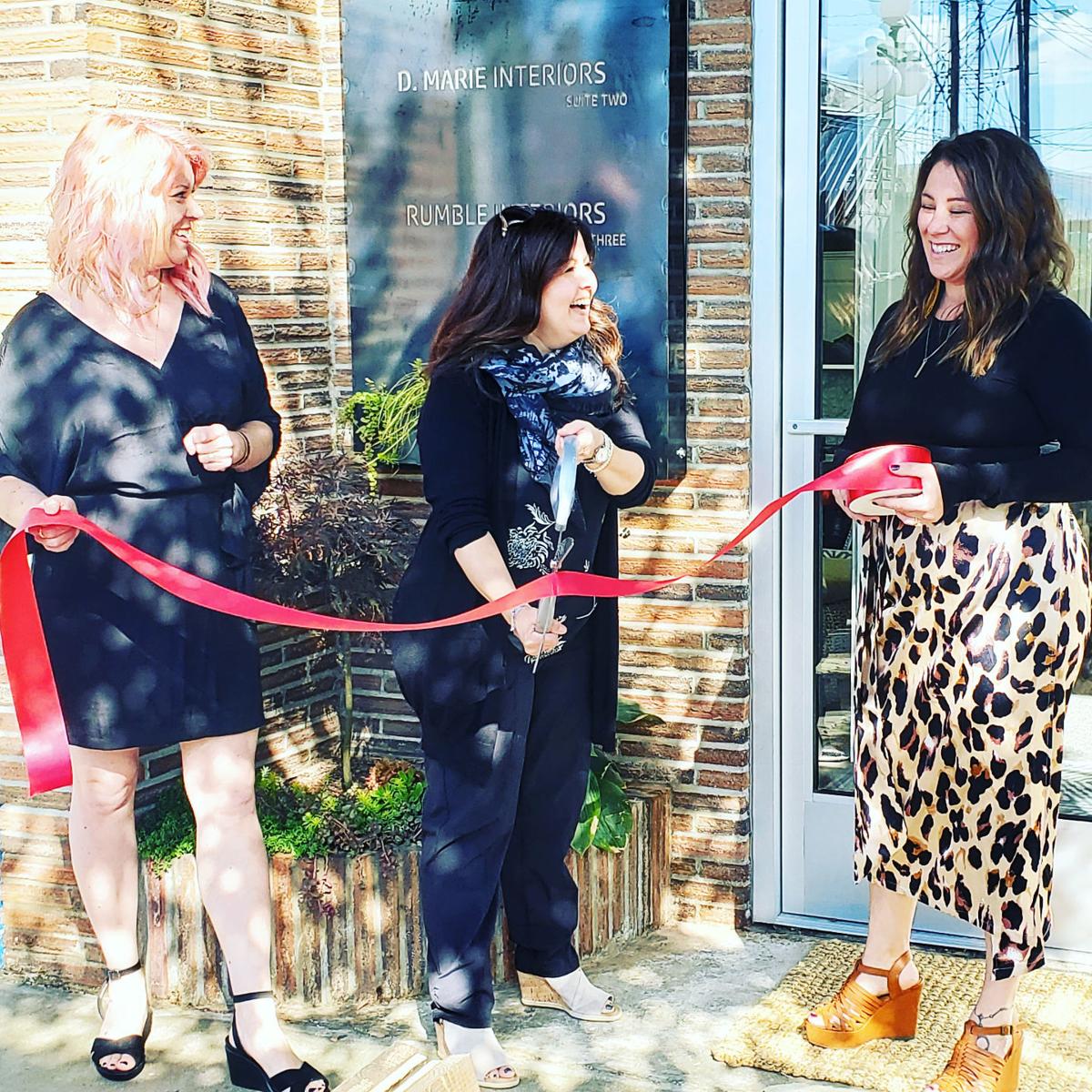 Collective Interiors celebrates the ribbon cutting for its grand opening earlier this month. 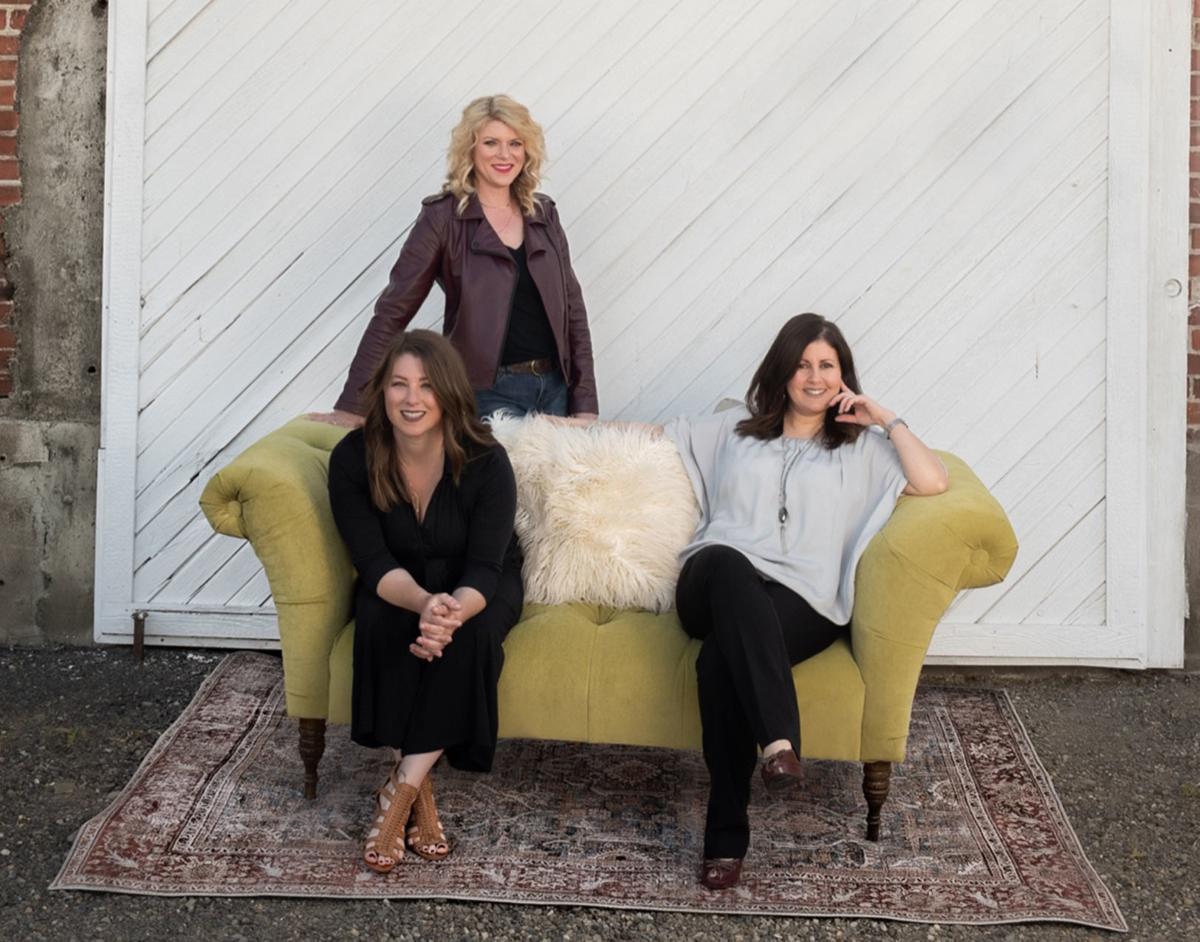 Renee Fyall, Stephanie Castillo and Sam Mikel are three independent interior designers who will share space in the Arcade Building on Fourth Avenue in Ellensburg.

The Collective Interiors space occupies a building previously occupied by a dentist’s office. The business recently celebrated their grand opening.

Collective Interiors celebrates the ribbon cutting for its grand opening earlier this month.

Renee Fyall, Stephanie Castillo and Sam Mikel are three independent interior designers who will share space in the Arcade Building on Fourth Avenue in Ellensburg.

A new interior design collective has opened in Ellensburg, and it’s off to a great start.

Collective Interiors located on East Fourth Avenue recently celebrated its grand opening with a ribbon cutting attended by a packed house of local business owners and community members. The collective consists of Sam Mikel, Renee and Trevor Fyall and Stephanie Castillo. The group brings a combined 38 years of interior design and construction experience to the collective, with each one having their own unique specialties and passions.

“That’s why this is such a unique space sharing experience for anybody,” Mikel said. “Whoever walks in the door, we’re going to be able to knock it out of the park.”

Mikel said the ribbon cutting showed them that there was community support for their new business venture, something they greatly appreciated.

“I think it clarified a lot of feelings,” she said. “We’ve been going at this for five months, so I think it was very emotional for us.”

The group began renovations in June on its building, which historically housed a dentist’s office. Fyall said the renovation was quite extensive, involving revamping the electrical and HVAC systems, moving walls around and removing dropped ceilings and panels that existed in the previous building. Once the guts were taken care of, Fyall said the next work was making it a home for their collective.

“Obviously all the pretty things,” she said. “All the brand-new beautiful kitchen displays, furniture, vanity displays and closet displays. It was a full renovation of the place as well as making it an interior design studio, making it beautiful.”

Because community members had been visiting the space when it housed a dentist’s office for years, Mikel said it was rewarding to be able to show them the results of their hard work during the ribbon cutting.

“I think that’s what made the renovation and open house so exciting,” she said. “A lot of people remember what it used to look like, and they were excited to see what we’ve done with it. There was a lot of anticipation and we didn’t disappoint by any means.”

The collective is a full-service interior design studio, which offers pretty much anything one would need to spruce up or fully renovate the spaces within their home. Mikel said the services extend beyond renovation to construction project management for those who are starting from scratch. Fyall said customers also have access to three-dimensional renderings that can give them a better idea of what their visions will look like once implemented.

“It can really help people visualize what’s going into their space,” she said. “There’s really no one else in town that offers that. We kind of set ourselves apart that way.”

Finding a niche in the Ellensburg business community was a goal for the collective, and Fyall said she noticed during the grand opening that the niche was met by their venture.

“I think we heard two things the most,” she said. “It was that Ellensburg needed a space like this, and also that people walked in here and it looked like home.”

Mikel added that the goal of the collective is to make products and services accessible to all price points, as well as creating an eclectic space that contains something that could pique the interest of anyone walking through the door.

“It’s going to reach out to many clients and their tastes,” she said. “It’s not geared toward anyone particular. We like to cater to all clients of all budgets. I think that’s really important. I think there’s a need here to be able to cater to everybody and not just one demographic.”

Beyond the services offered within the space, a major goal of the collective moving forward is to promote community involvement. Local artists and craftspeople are highlighted in the products that are for sale, and Fyall said keeping products as local as possible is a way to keep dollars within the community.

“Collective doesn’t just stop here,” she said. “Collective is really what we want to bring to the community, and we want to involve local people, local artists, other businesses.”

Another future goal of the collective is to start a support system for female business owners in the community, potentially holding meetings and seminars within the space. Fyall said the development of these resources have the potential to create tools of empowerment that can help enrich the other businesses in the community.

With their feet on the ground and plans set in motion for the future, Mikel said the collective is determined to put their passions to use within the community.

“We really want to design Ellensburg,” she said. “We want to put our mark on this town.”