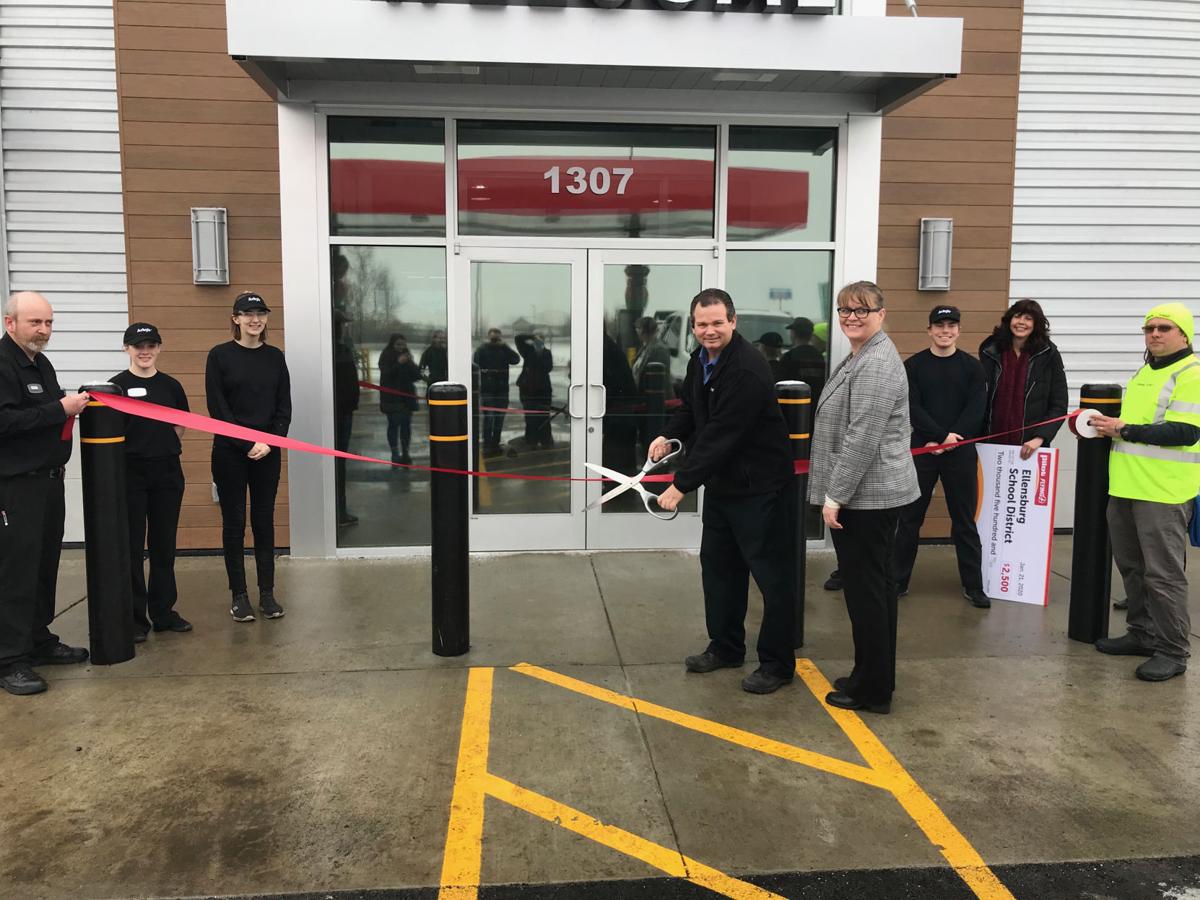 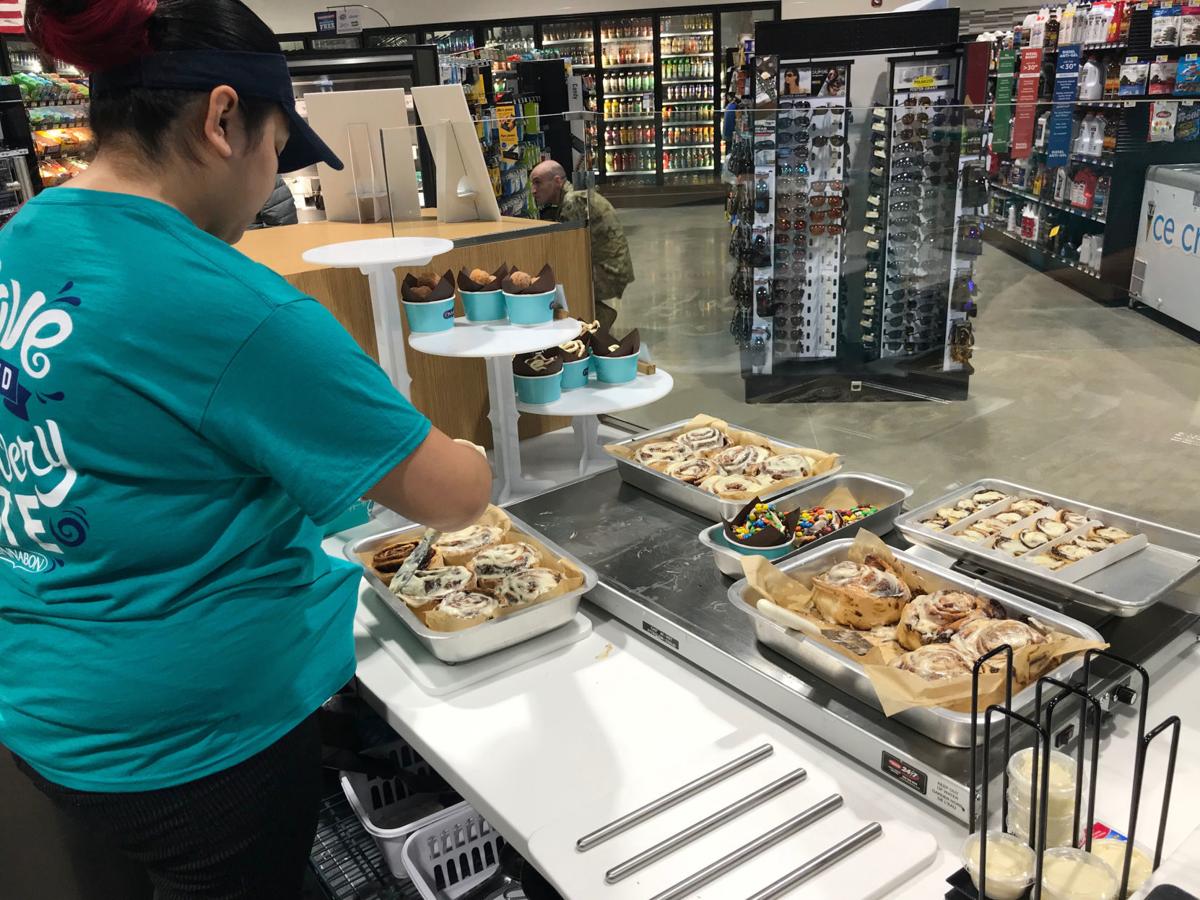 Cinnabon employee Maria Sanchez prepares pastries for everyone in the opening ceremony of the new Pilot Flying J Travel Center on Tuesday.

Cinnabon employee Maria Sanchez prepares pastries for everyone in the opening ceremony of the new Pilot Flying J Travel Center on Tuesday.

Pilot Flying J has opened what company officials refer to as a “state of the art” travel center and service stationed on North Dolarway Road of the west Interstate 90 interchange roundabout.

Pilot also used the opening ceremony to present a $2,500 check to the Ellensburg School District as “a way to give back to the community.”

According to Haberer, the district does not have an exact plan for the money as of now, but she thanked Pilot for a way to fund the careers of students.

The new Pilot Travel Center will offer amenities including 10 gas fueling stations and eight diesel lanes, 48 truck parking spots, overnight parking for trucks, drivers lounge and game room, public laundry machines and five showers that were described by Kennedy as “the best showers that you have ever seen.” The travel center provides and towels and soap to anybody in need of a shower.

The center will also provide the community with 50 new jobs.

When someone walks into the center, the smell of the Cinnabon is the first thing that they notice. An Arby’s is also located in the building. The center also offers basic shopping supplies such as snacks and hygiene products.