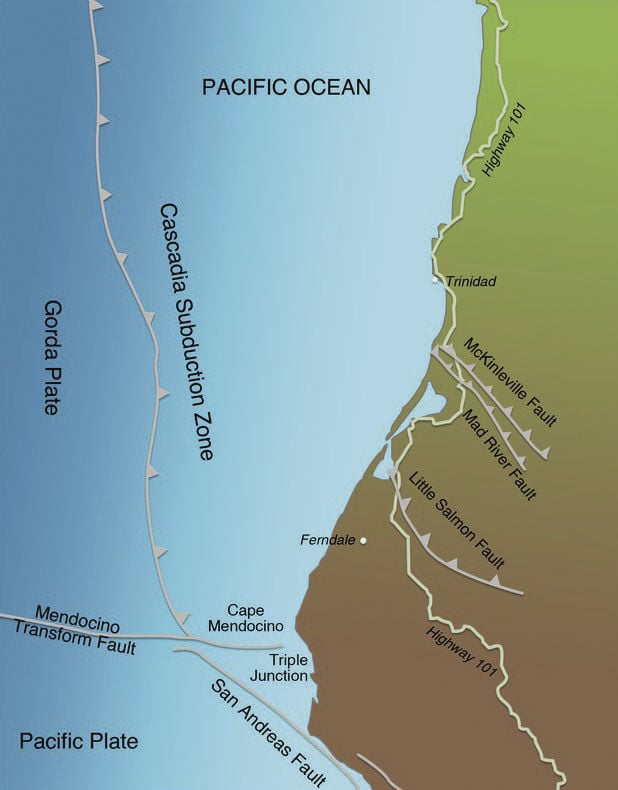 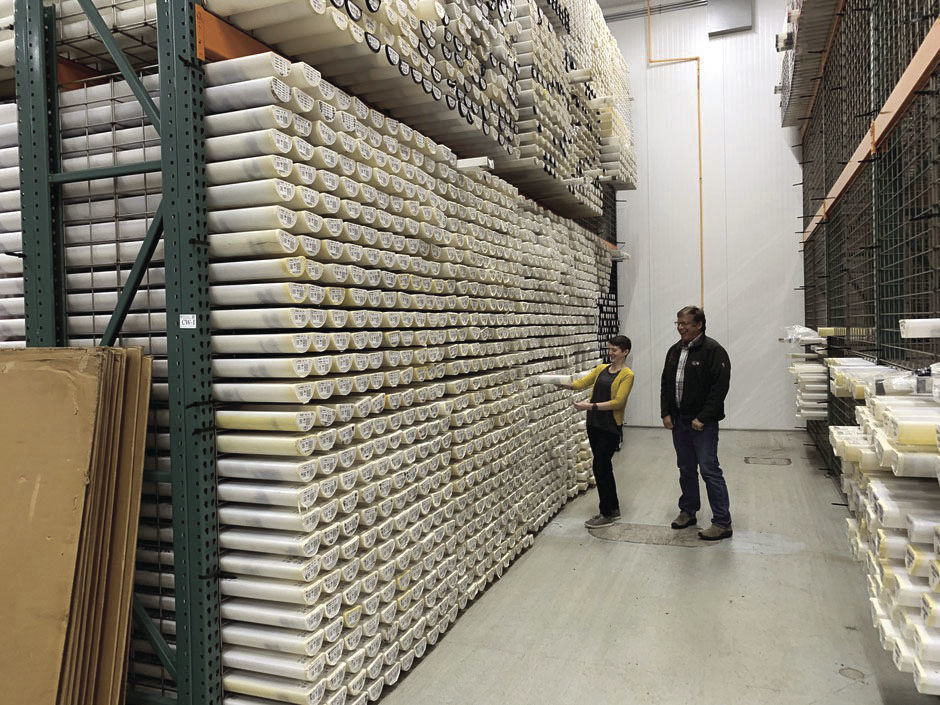 New earthquake research to be presented by Oregon-based geologists next week sounds like a B movie plot: A great earthquake along the Pacific Northwest’s offshore Cascadia fault triggers another great earthquake on the northern San Andreas Fault. In what may be a case where life imitates art – or more precisely, where science catches up to the fertile imaginations of Hollywood script writers – attendees at a major earth science meeting in San Francisco will hear evidence that this cascade of disaster happened many times over the past couple of millennia.

“I mean, Cascadia is big enough by itself,” said lead researcher Chris Goldfinger of Oregon State University. “But if you add in San Francisco and the North Coast, it is literally almost a grade B movie scenario that people don’t want to think about that much.”

An NBC miniseries titled “10.5” (as in an off-the-charts magnitude earthquake) actually brought the catastrophic scenario to prime time viewers back in 2004. The first of many quakes in the made-for-TV flick toppled Seattle’s Space Needle. That initial rupture triggered a cascade of stronger quakes, which collapsed the Golden Gate Bridge too. By the end, part of California fell into the ocean.

The star-studded disaster movie was dismissed by West Coast earthquake experts at the time as “impossible,” mythical “fiction.” And there were almost too many inaccuracies to count. But in an interview this fall, Goldfinger said the miniseries was possibly prescient about one thing. The marine geologist said a major quake from the offshore Cascadia fault zone could trigger California’s famous San Andreas Fault.

Goldfinger’s team reconstructs the history of great earthquakes along the West Coast by pulling sediment samples from lake bottoms and offshore underwater canyons. The long, skinny tubes of mud contain deposits from underwater landslides caused by long ago earthquakes. Those earthquake traces can be carbon dated. For this investigation, Goldfinger compared the sediment records from the southern end of the Cascadia fault zone with the northern San Andreas Fault, which extends under the San Francisco Bay area.

“I’ve been working on the chronology for San Andreas and Cascadia and some of the events I can’t really tell them apart in time,” Goldfinger explained. “They seem to have happened at more or less the same time.”

Goldfinger said he found nine to eleven instances over roughly the last 3,000 years where a Cascadia earthquake seems to have triggered a San Andreas quake. The vast majority of great Cascadia quakes during that period have a correlation on the San Andreas Fault. He added that his analysis of landslide traces found no evidence for the stress transfer working in reverse – from south to north.

The most recent Cascadia megaquake happened in 1700. Goldfinger said it looks like the San Andreas went off around the same year. The northern San Andreas Fault also went off in 1906, causing the Great San Francisco Earthquake, but the Cascadia fault stayed quiet then.

The two faults touch at a place called the Mendocino Triple Junction, which is offshore of Mendocino County, California.

“When you have two big faults that connect directly, there’s a pretty high probability they’re going to interact in some way,” Goldfinger said. “So one fault triggering another, or even becoming synchronized with the other for a period of time, is not a fantastical scenario. It is actually a fairly likely scenario. It just isn’t on the radar anywhere yet.”

Goldfinger acknowledged that carbon dating has limitations on its precision. The margin of error means that what appears to be a one-two punch of Pacific Coast earthquakes could potentially have been separated by years or even decades.

Seismologist John Vidale of the University of Southern California said Goldfinger is “out on the edge” with his findings. Vidale, the former director of the Pacific Northwest Seismic Network, treated the research cautiously because the San Andreas Fault and Cascadia Subduction Zone move differently.

“There are a lot of details that are still hazy,” Vidale said after noting that the tectonic plate driving the Cascadia fault moves downward while the San Andreas fault features sideways movement – what geologists call “strike-slip.”

“It’s not so common to have linkage across two different kinds of faults, from a subduction zone onto a strike-slip fault,” Vidale said. “So this would be kind of new and interesting.”

Vidale says it would be significant on many levels if linkage between Cascadia and the northern San Andreas Fault were proven. The possibility of simultaneous rupture raises the risk of catastrophic losses for the insurance industry, among other things.

Oregon State’s Goldfinger will present the evidence for the historic cascades of disaster at the American Geophysical Union Fall Meeting. In a spooky twist of fate, his speaking slot at the large event is scheduled for Friday the 13th.

Goldfinger said he plans to publish the detailed findings sometime next year. He first proposed a correlation between the southern Cascadia fault zone and northern San Andreas Fault in a paper published in 2008.

The researcher said his AGU presentation and the follow-up paper will explore the new evidence for “fault synchronization” in this system. Goldfinger also wants to discuss how the behavior of the two faults over the past 3,000 years possibly differs from longer ago.

“The geometry is not particularly favorable, and not very efficient at stress-transfer, but it does work,” he said.