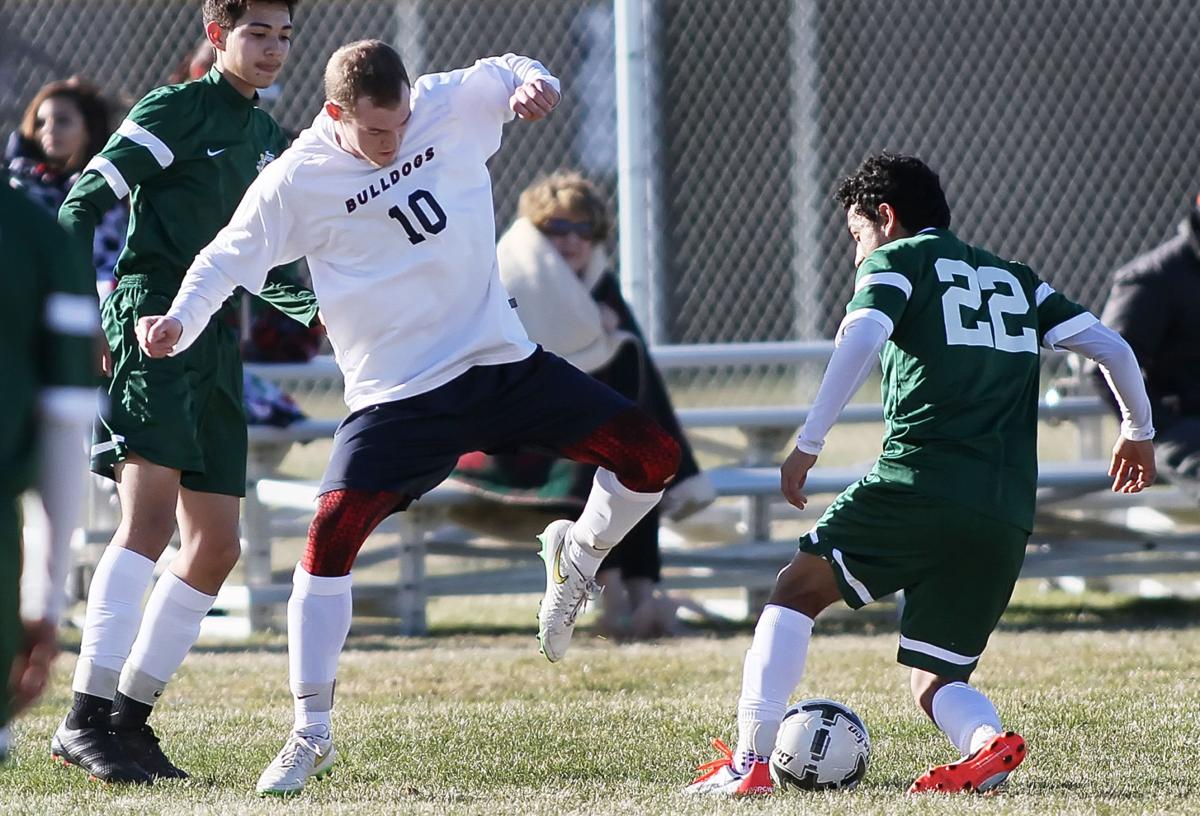 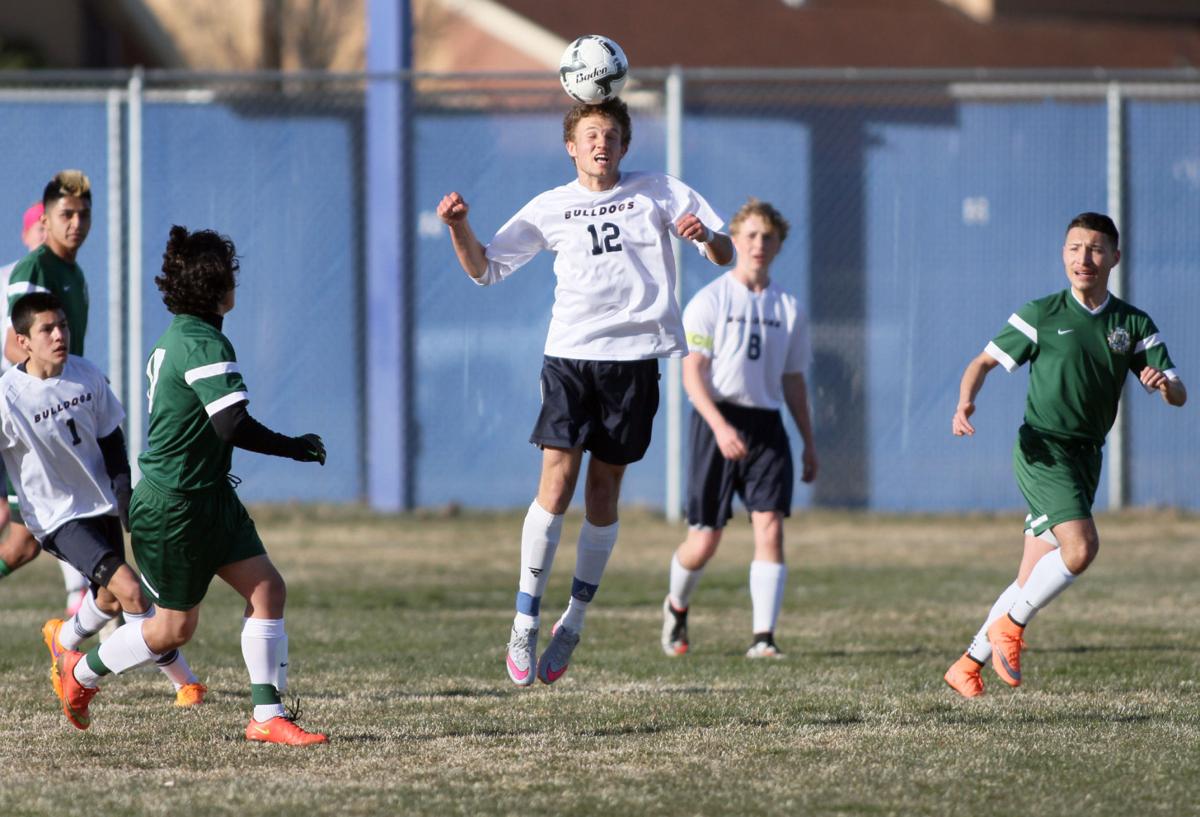 Ellensburg's Thys Reynolds (12) heads the ball away from the Quincy defense during boys varsity soccer action in Ellensburg on Tuesday.

Ellensburg's Thys Reynolds (12) heads the ball away from the Quincy defense during boys varsity soccer action in Ellensburg on Tuesday.

The Bulldogs were just shut out 5-0 and dropped their overall record to 1-4 this season.

“We have a lot to improve on,” Teasley said. “We need to be more consistent.”

In the five games the Bulldogs have played, they have averaged 1.2 goals per game.

Quincy scored its first goal in the 14th minute when Orlando Serrano gathered a missed shot only to put back on the rebound.

The Bulldogs got their first shot off five minutes after when midfielder Michael Gonzalez took a shot from the right side but was saved by the Jackrabbits’ goalkeeper.

Quincy doubled its score with 18th minute when Fredy Ruiz scored the first goal of his hat trick on a breakaway. He scored his second with four minutes left in the first half.

Ellensburg had a chance to cut into its deficit in the final minutes when Jacob Higdon launched a shot but Quincy’s goalkeeper made a jumping save.

“We have a lot of room to grow,” Teasley said.

The Bulldogs had some chances to score in the second half but forward Brady Johnson missed a shot in the 47th minute and midfielder Sam Slothower missed a penalty kick in the 54th minute.

Quincy’s offense continued to push past Ellensburg after Axel Medina scored on a free kick. Minutes later, Ruiz completed  his hat trick on a header from a corner kick to go ahead 5-0.

Despite the loss, Teasley said there were some things he liked seeing from his team.

“There were flashes of what we can do,” Teasley said. “We had little sprints of good possessions.”

Ellensburg returns to the field on Saturday when it takes on Grandview. Last year the Greyhounds not only won the CWAC but also swept the season series against the Bulldogs.

“Grandview is one of the best coaches teams in the league,” Teasley said. “They have done great the last few years.”