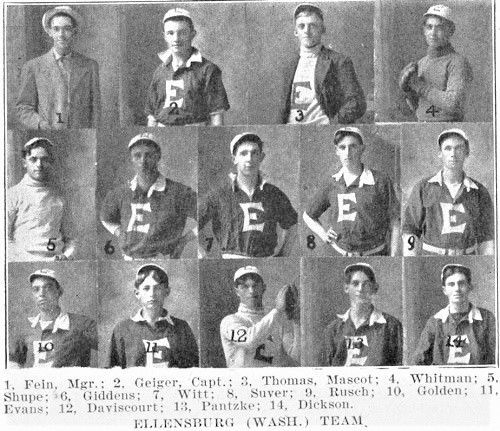 John Golden, pictured in the lower left corner, played the the Ellensburg Colts in the short-lived Yakima-Kittitas League, 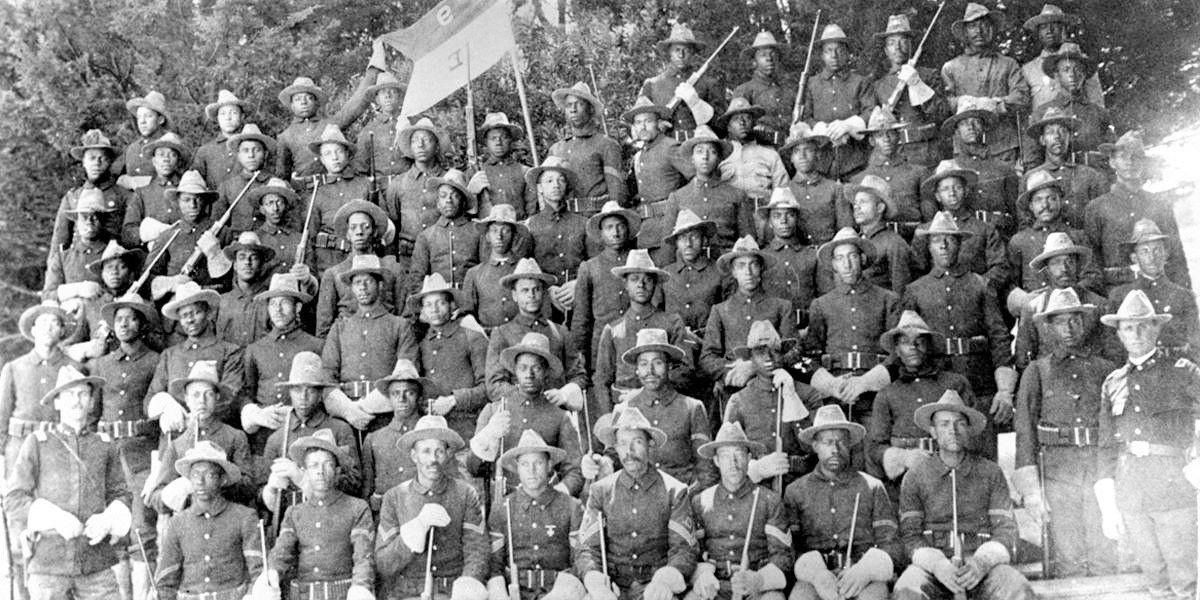 The 9th Calvary was named Buffalo Soldiers by the Cheyenne Nation because their hair was like the buffalo. It was  great honor.

John Golden, pictured in the lower left corner, played the the Ellensburg Colts in the short-lived Yakima-Kittitas League,

The 9th Calvary was named Buffalo Soldiers by the Cheyenne Nation because their hair was like the buffalo. It was  great honor.

John Golden never set out to leave a legacy.

He was born in Washington, D.C. (1880-1951), traveled from East to West like the sun as it coursed through the sky setting in the West. His journey had its challenges of racial indifference in a expanding nation that had freed the slaves 20-some years before he was born.

Even though his achievements were not as well documented historically, John Golden, who was Black, was a man of achievement in a time when Anglo European settlers received all the credit.

Golden was a member of the 9th Calvary, which was instrumental in America’s winning the Spanish-American War. Though it could not be pinned down that he was part of Teddy Roosevelt’s infamous charge up San Juan Hill in 1898, he was in the field during that time and served his country in both Cuba and the Philippines.

“His tombstone at the Los Angeles National Cemetery says he was a veteran of the Spanish-American War and served in the 9th Calvary,” Kittitas County Historical Museum director Sadie Thayer said. “We know that he was in the 9th at the time of San Juan Hill, because records are questionable that he was with Roosevelt.”

The 9th Calvary would later patrol the Yosemite National Park and would become the first park rangers of the Sierra National Park system. The 9th was Teddy Roosevelt’s honor guard as he toured throughout the western United States. That tour visited Ellensburg in 1903, maybe giving Golden ideas of coming back to live in the Pacific Northwest.

“Golden did that whole tour with Roosevelt,” Thayer said. “That bit of information filled in a few of the blanks as how Golden discovered Ellensburg. Roosevelt was very connected with his Rough Riders, which included both the 9th and 10th regiments. There were some digging (racial) remarks that Teddy made about his multi-cultural soldiers, but that was a part of the times back then.”

The combined 9th and 10th became what is known as the Buffalo Soldiers, a name given to them by the Cheyenne Nation on the Western Frontier, comparing their course hair to that of the buffalo so important to the People of the plains. African-Americans became feared and worthy opponents.

Golden worked his way up and eventually became a baggage master at the Ellensburg Northern Pacific Railroad depot where he worked for 30 years. A baggage master in a ranching community did more than just carry luggage. He handled horses and drove livestock on and off railcars. He was one of the most trusted people in town.

Even with his distinguished military service and background as a recognized, honored baggage handler with the Northern Pacific Railroad, a great portion of his journey was recognized as one of the first African-Americans to integrate baseball in Washington state.

Golden integrated the Ellensburg Colts (1906-08) of the short-lived Yakima-Kittitas League, where he played third base. He quickly became one of the most well-known on the team, according to Ellensburg historian/lecturer Ty Phelan.

He played third base and hit sixth in the batting order for the Colts, who were in a four-team league with the Yakima Tigers, Toppenish Indians, and Prosser Elks. After his first season, Golden starting pitching for Ellensburg’s black baseball team. He turned out to be pretty good on the bump as well as a field player, Phelan said.

The 1912 Ellensburg black baseball team played a benefit game to save the local AME church. The game was meant, “To free the AME church from a debt that has been hanging over it for a number of years,” the report says.

The African-American community of Ellensburg and the surrounding country gave an all-day program beginning with speeches, a baseball game and barbecue, ending with a reception in the evening.

Following the speeches by the mayor and the reverend, the crowd repaired to the ballpark, where a nine-inning game between the North Yakima and Ellensburg Black teams was played. Yakima won the game 13-8. John “Goldie” Golden pitched three innings, surrendering no hits or runs.

The event hosted some of the most well-known Black families in Central Washington, Phelan said, including Jasper P. Evans, Mrs. Della Woods, and Rev. Sanders family. Jasper P. Evans was a decorated Civil War veteran who fought for the 18th infantry in Missouri before homesteading 160 acres outside of Selah in 1896.

John “Goldie” Golden was a man who put his best foot forward. He served his country, protected Teddy Roosevelt, who would later become president of the United States. He was a family man. His wife, Alice, who was several years older than he, is buried in the Independent Order of Odd Fellows Cemetery. He later married Louise and had an adopted daughter Gladys Golden. Louise is also buried at the Brick Road Cemetery.

Goldie later relocated in California to be with Gladys and was buried in the Los Angeles National Cemetery, one of 100 Buffalo Soldiers to receive such an honor.

For a man that never set out to have a legacy, he certainly became a part of history before his sun set.