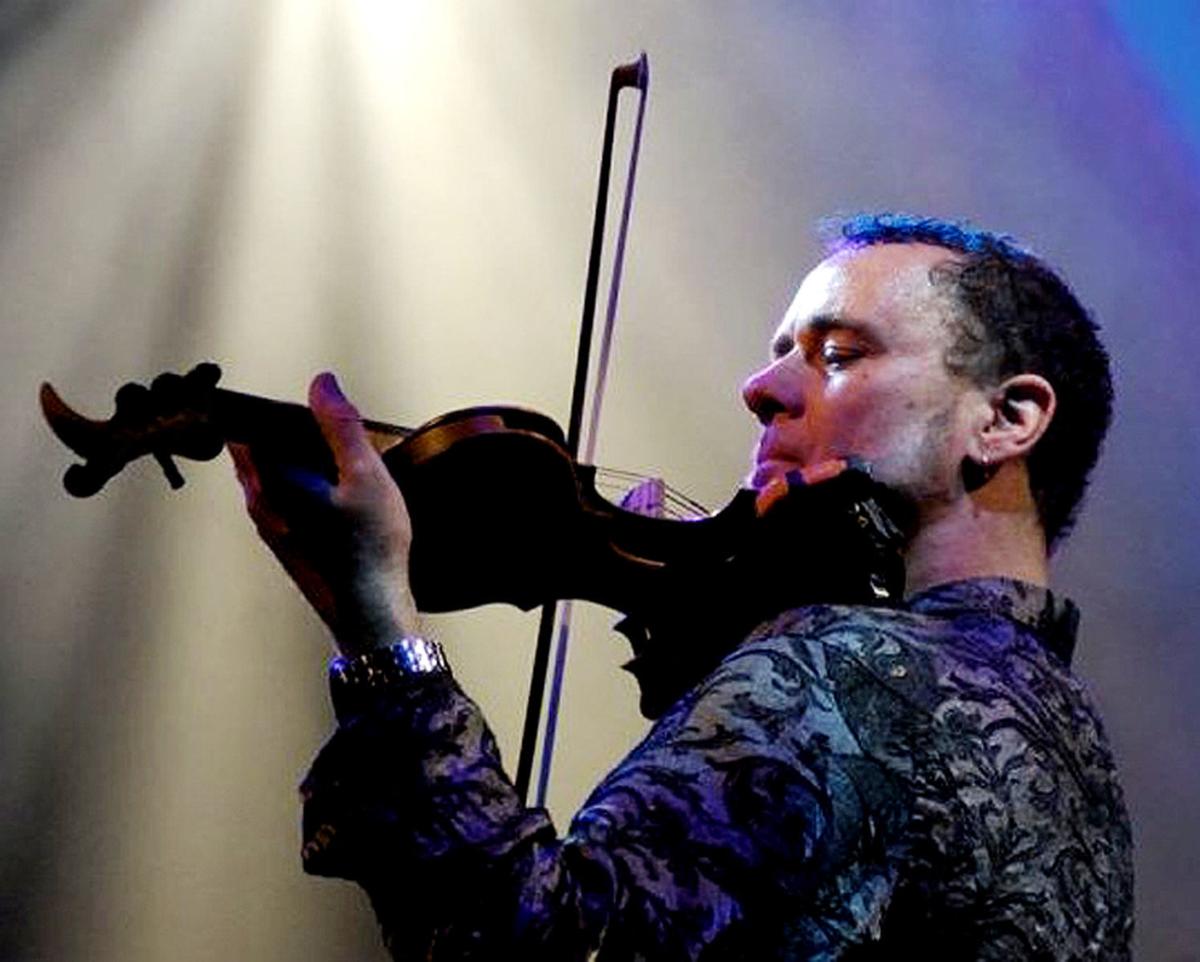 Geoffrey Castle is a bandleader and solo artist — with several critically acclaimed releases on his own Twisted Fiddle Music label. 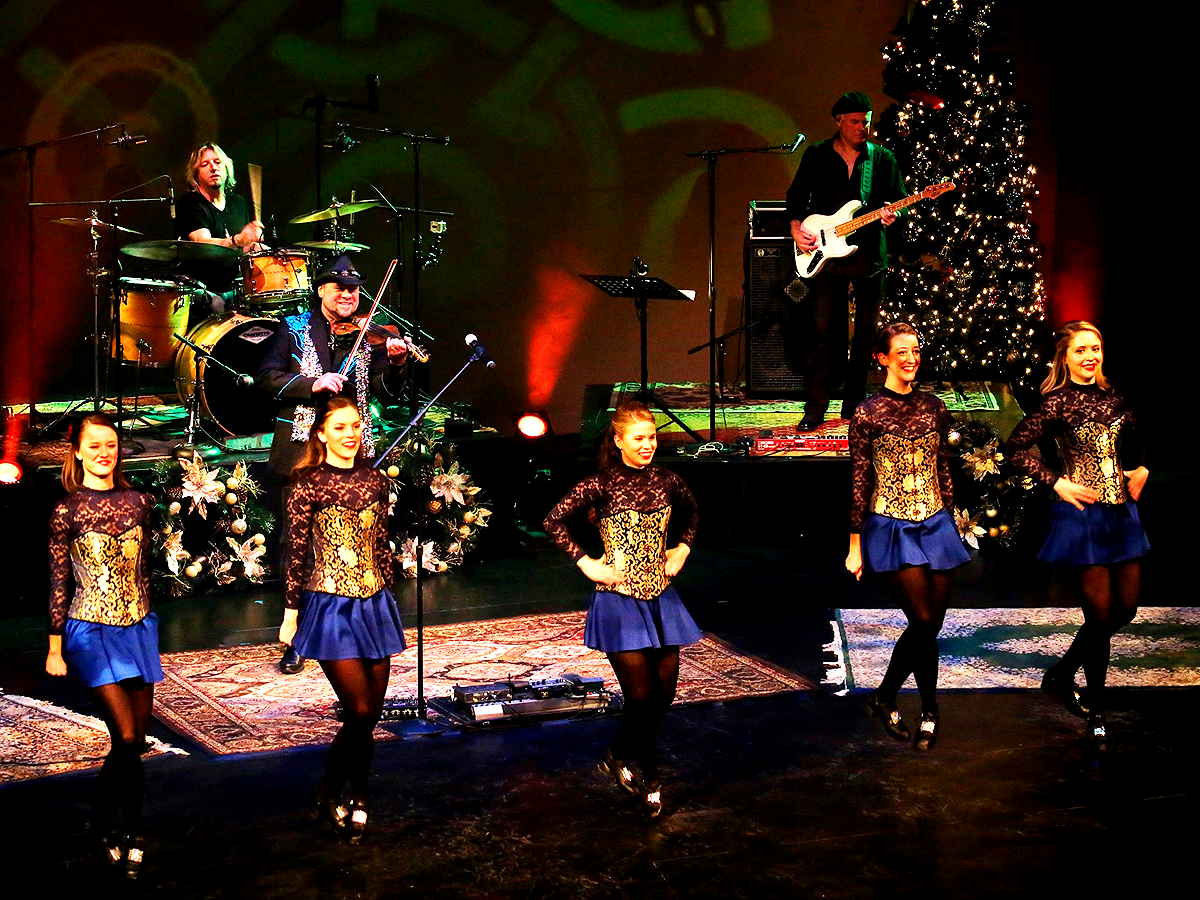 Geoffrey Castle is bringing his Celtic Christmas performance to the Morgan Performing Arts Center on Dec. 6

Geoffrey Castle is a bandleader and solo artist — with several critically acclaimed releases on his own Twisted Fiddle Music label.

Geoffrey Castle is bringing his Celtic Christmas performance to the Morgan Performing Arts Center on Dec. 6

Once the house lights go down, it doesn’t matter if it’s Carnegie Hall in New York City or the El Rey Theatre in Los Angeles or someplace in between, the performance takes center stage and the night becomes magical.

The holiday season in the Kittitas Valley will take on a Celtic element if electric six-string violinist Geoffrey Castle has anything to say about it. The self-proclaimed Navy brat, who went to high school in Alexandria, W.Va., and now lives in Kirkland is bringing his world-class Christmas in Washington presentation to Ellensburg on Dec. 6 at the Morgan Performing Arts Center.

“I’m bringing special guests from the Seattle Opera, who have toured and recorded with the Metropolitan Opera in New York, who are just amazing singers,” Castle said in a telephone interview from Kirkland. “I guarantee we’re doing a Carnegie Hall show in a junior high school.”

The Morgan Performing Arts Center isn’t just any junior high school and the show promises to not only feature Castle’s electric six-string violin along with his all-star band, but the energetic Seattle Irish Dance Company Dancers, guitarist and Irish Tenor Dan Connolly, and Seattle Opera's Pamela Cassela-Nim and Veronica Nim.

It’s going to be a little something for everybody, said Castle, who started as a street musician in New York City and Paris, then rose to play in the Tony Award-winning Broadway production of "M. Butterfly."

“It’s a pretty special evening,” he said. “The Irish dance footwork is amazing to watch, but they’re also percussionists. What they’re doing is using their feet as a percussion instrument and it really adds to the performance.

Castle’s been doing this awhile and definitely has a way of destroying people’s pre-conceived notions of what the violin should sound like, event manager Brad Snow said.

“It’s not just about the music. He puts on the full experience. He’s all about putting on the whole show,” Snow said. “We try to put on family style events that hold the interest of the young ones and entertain the adults. This is a real family Christmas event and Geoffrey brings a little bit of everything and something for everyone.”

The Celtic element to a Christmas presentation is an evening of music and dance to remember.

“I traced the Celtic element from the British Isles to modern-day Turkey and there’s Celtic influence in music that’s so diverse and covers so much inventory. It’s really fun to dig into,” Castle said. “With the Celtic Christmas, I tried to really focus on songs that were written before the commercialization of Christmas.

“Before electricity, songs back when a one-horse open sleigh was what you used to town. There’s a folk element and a real joy of making music.”

Castle himself is a bandleader and solo artist — with several critically acclaimed releases on his own Twisted Fiddle Music label. He has also shared stage with an musicians including Blues Traveler, original and current members of Heart, Buddy Miles, and Alan White of Yes.

He is scheduled to play shows at Festhalle in Leavenworth on Dec. 7 and Dec. 21 and will open for the Gothard Sisters on Dec. 14.

To view a wee bit of his show, visit https://youtu.be/HLb4VEWx8fg