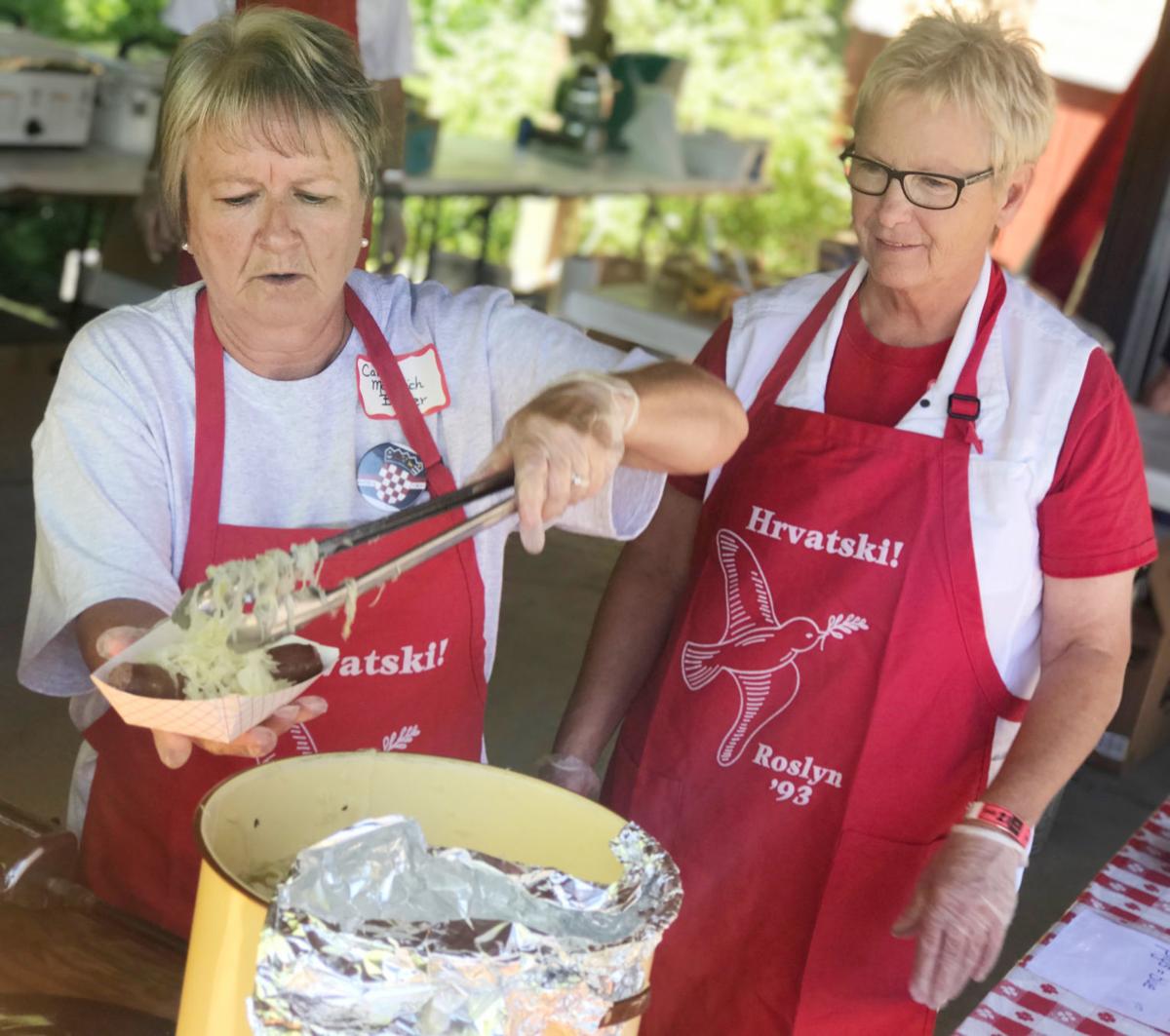 Two volunteers dish out sauerkraut at the Croatian Picnic in Roslyn on Saturday. 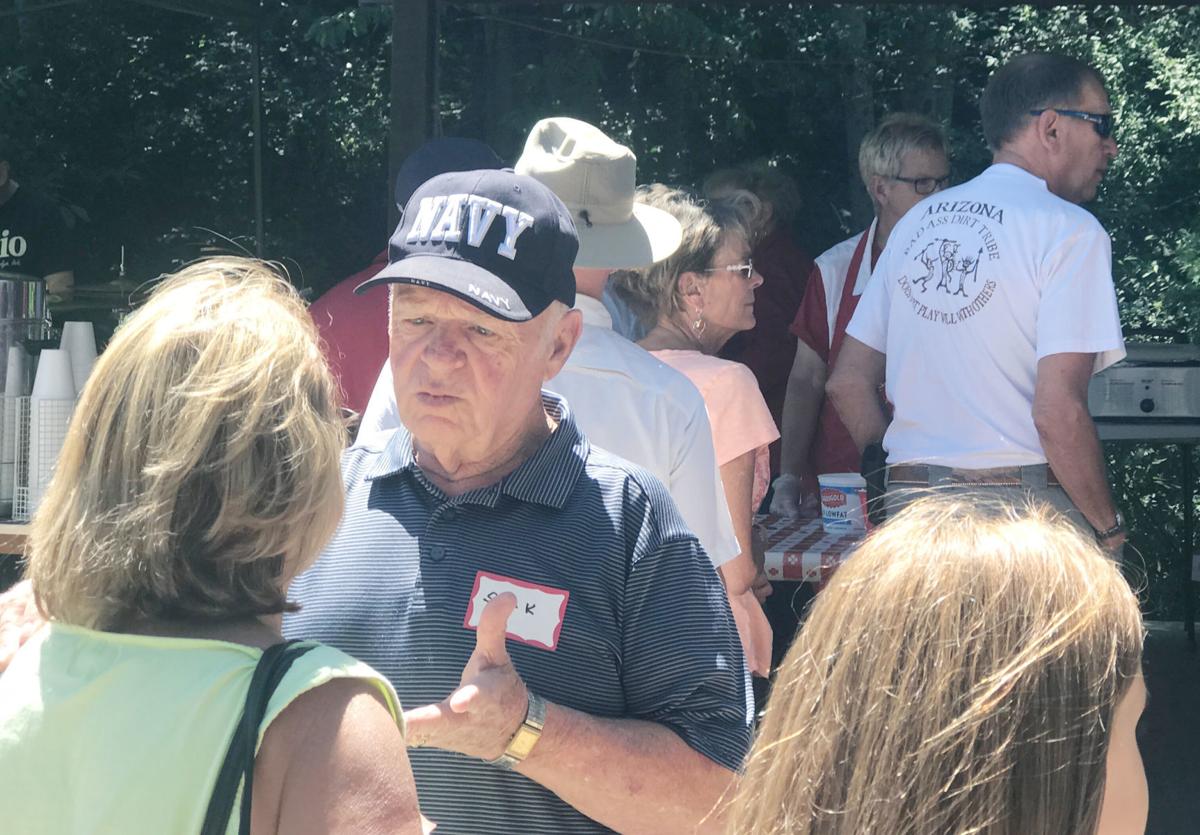 Hungry patrons stand in line for sausage and burgers at the Croatian Picnic in Roslyn on Saturday.

Two volunteers dish out sauerkraut at the Croatian Picnic in Roslyn on Saturday.

Hungry patrons stand in line for sausage and burgers at the Croatian Picnic in Roslyn on Saturday.

If you were looking for changes to the Croatian Picnic at Runje Field in Roslyn this year, you wouldn’t have found any. The picnic hasn’t changed much over the past 40 years.

Along with the same band, the same sausage, the same burgers and the same beer garden, the same faces can be seen year after year, enjoying the food and the company.

“Probably close to 50 percent of the people that come here, I know them,” Croatian Picnic committee member Jim Ash said.

“We played together, we worked together, it’s neat,” Ash said. “It’s like a big class reunion every year.”

Ash said almost every year he’ll recognize someone who he first saw as a baby or teenager who years later is now bringing their own babies to the annual tradition.

“Then I realize I’m almost 83 years old,” Ash said with a laugh.

Despite his advanced age, Ash said he isn’t in the running for the award that is handed to the oldest man in attendance.

“Leonard over there has about four years on me,” he said.

Ash’s grandparents came over to Roslyn from England, and his wife’s parents from Croatia.

“I think there are still wanted posters for my Grandpa in England,” he said. “(My wife) loved this. Every year we got deeper and deeper into this.”

The one thing that did recently change was moving the picnic from Sundays to Saturdays.

“With society changing and I-90 changing, traffic conditions everything that’s going on in Upper County all the time, we decided to try the Saturday,” event organizer Bridget Andler said. “So last year was our first year and we got pretty good attendance. This year we tried to remind people hey, ‘We’re going to be here Saturday not Sunday.’ I had a hard time remembering myself.”

Along with music provided by the Ted Lunka Polka Band, volunteers served up hamburgers, sausages and traditional cabbage rolls and pigs in a blanket. Raffle tickets also were for sale, as well as T-shirts with sayings like, “Does this make me look Croatian?”

Andler said the group is looking to recruit more members to help organize the event in future years.

“In the off season we’ll probably try to get more people on the committee,” she said. “It’s really Jimmy Ash, my husband, Mike, and I who have really planned this this year.”