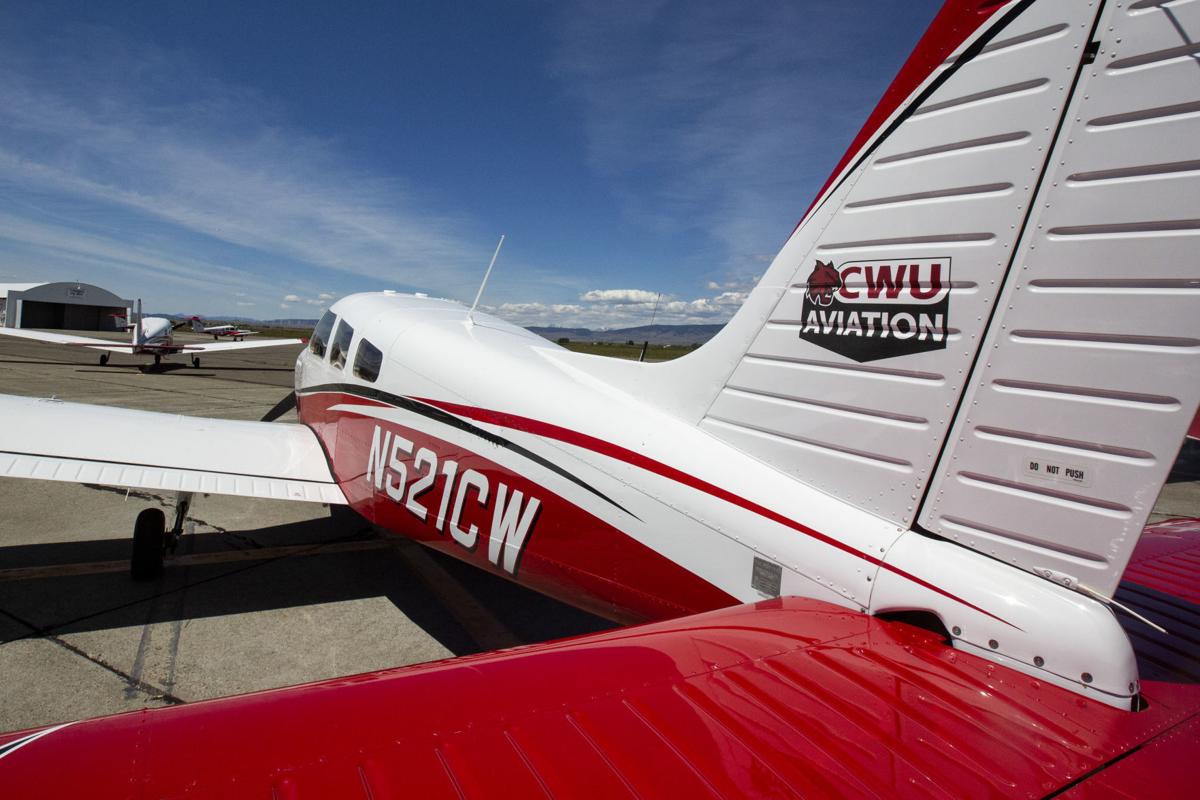 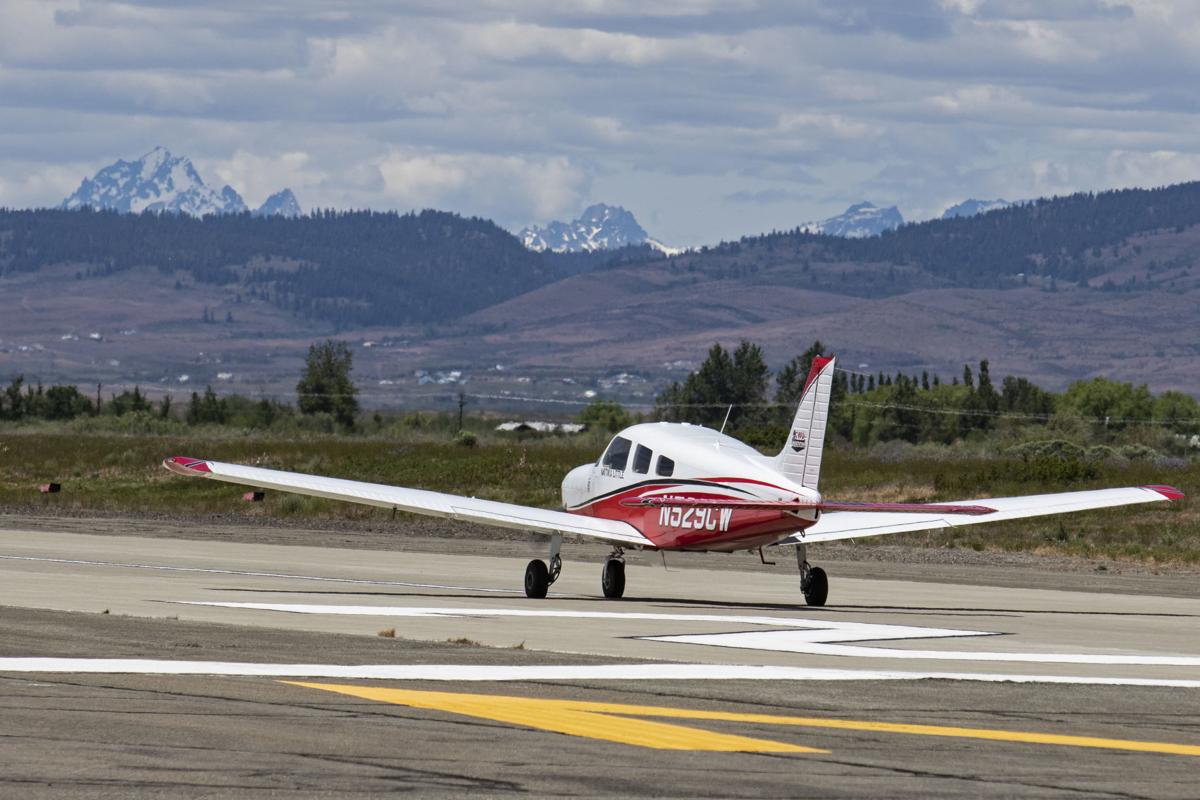 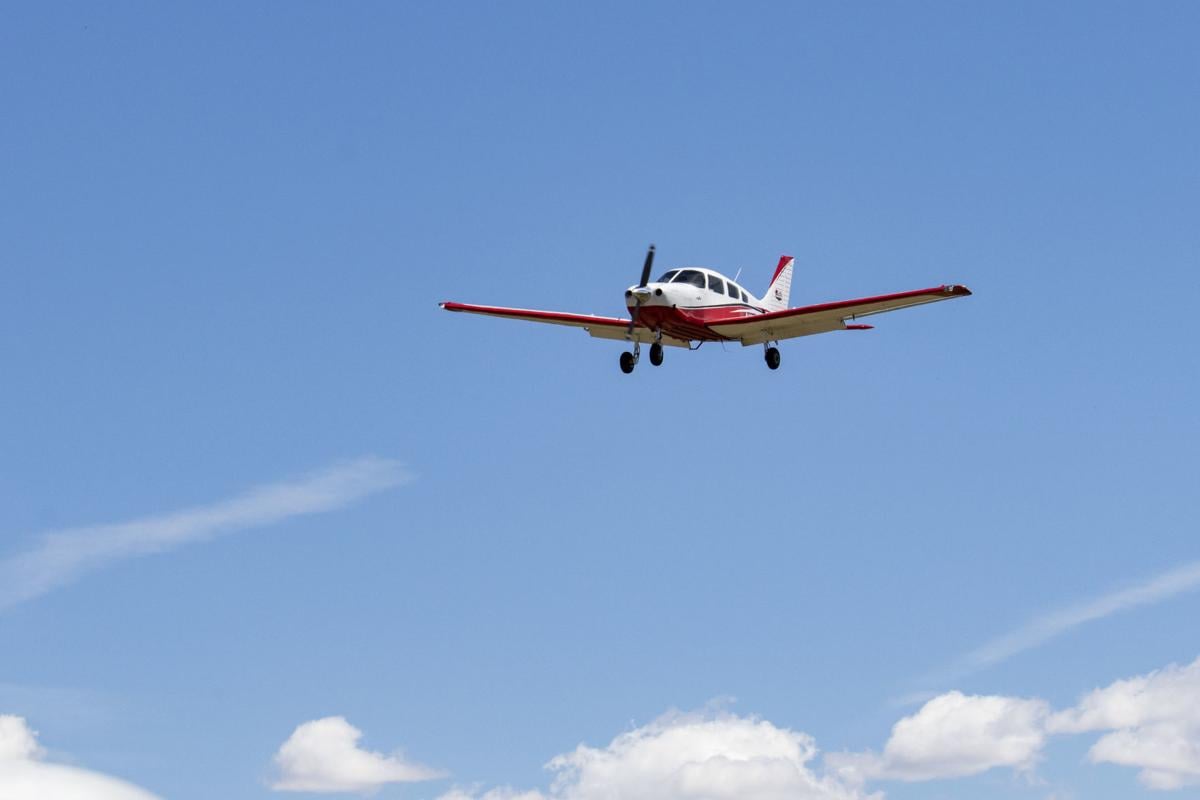 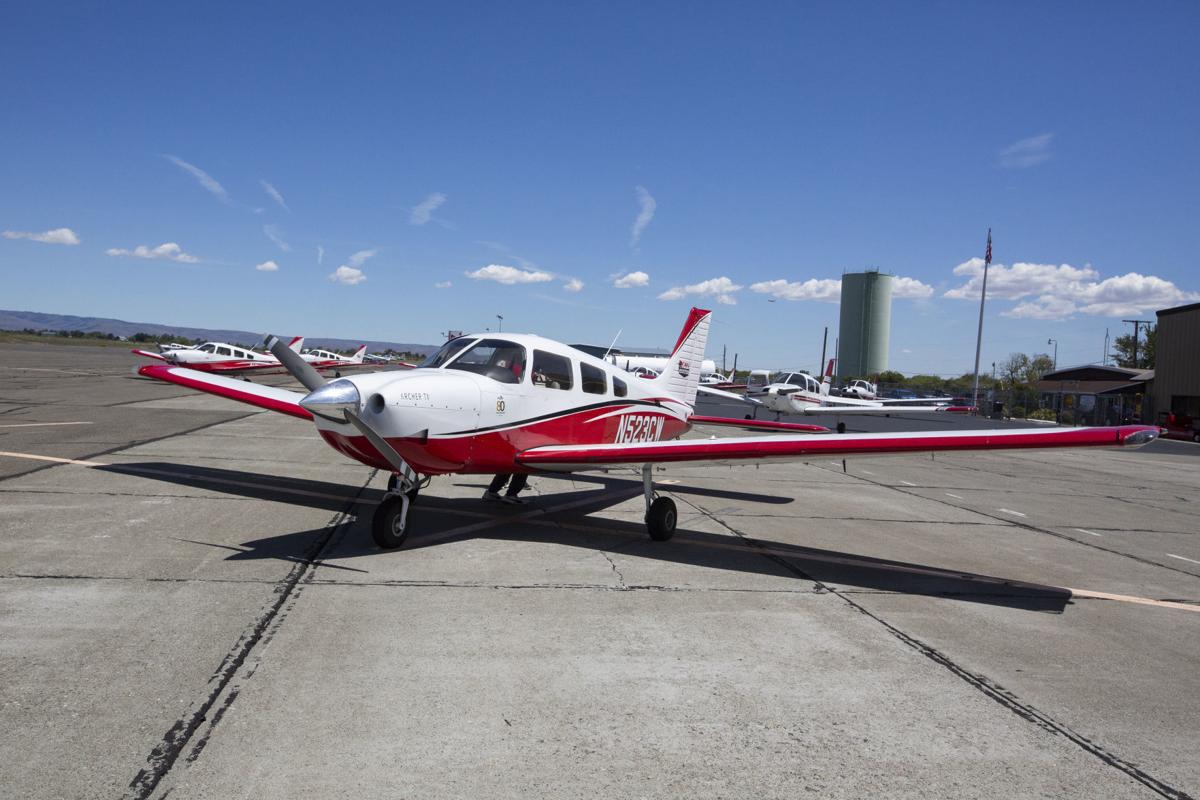 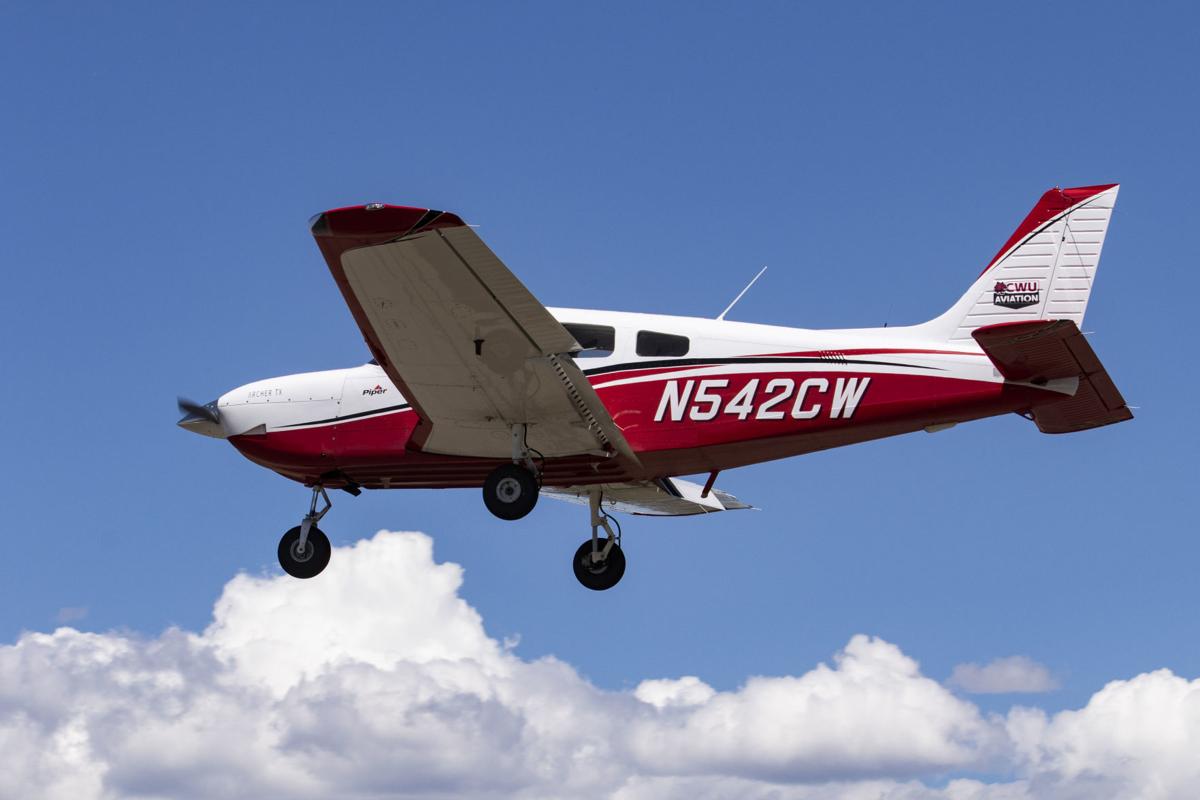 As the Central Washington University administration ponders the future of its aviation program, a recent letter now taken down from the department’s website raises numerous points of contention to the administration’s decision to rescind admission to incoming freshman to the program in fall 2020.

In a June 22 letter addressed to students in the CWU Professional Pilot Program, the faculty explained that they had were notified of the university’s decision via email 30 minutes prior to the notification received by the students from university administration.

“We were not included in any discussion regarding that decision and had no input,” the letter states. “However, we will do our best to advocate for students and work to ensure you get what you need to graduate. You are the reason we are here.”

The letter continued by clarifying multiple points made in the letter sent to students by CWU administration, saying that many of the points were incorrect in the eyes of program faculty members.

Although the faculty said it is true that the program is currently running at a financial loss, it said the model adopted by the university had planned for it, and that the losses didn’t need to be at the level they currently are.

“Beginning fall of 2017 when the university purchased new aircraft and set up operations for flight training, aviation faculty and staff repeatedly advised the college and university leadership regarding the cost of the program and appropriate hourly aircraft rental fees,” the letter stated. “Unfortunately, the university changed the model that had been in place for more than 30 years from an hourly rental rate to a flat lab fee, which has caused problems since its inception.”

The letter continued to state that the projected future deficit stated in the letter sent by the administration does not take into account the fact that leases on aircraft from Midstate and Sierra Aviation expire in August 2020 and that leases on flight simulators expire on July 17, 2020, with both leases costing approximately $300,000 per year, not including maintenance and repair work on the older model aircraft. The letter said the aircraft leases will not be renewed.

The letter also addressed negotiations between the university and Kittitas County on leased hangar space at Bowers Field, saying that as of the date the administration’s letter went out to students, the Kittitas County Director of Airport Operations had already drawn up a new lease and sent it to the county’s attorney for review.

“That lease was to extend the current lease for another eight years,” the letter stated.

The letter also touched on an $80,000 state commerce grant received by the county for work on runway 7-25 at Bowers, saying that it was received solely based on the volume of airport use by the university’s flight program, which it said is 98%.

“This project was designed for CWU aviation to be able to continue service while the county can establish a wetland bank, then develop a parallel taxiway to the 11-29 runway,” the letter stated. “The county was already proceeding with improvement projects until this announcement was made by the university. Since airports are funded by the FAA and state based on total operations, dropping the flight program will have a negative effect on the county airport’s future grant funding from the FAA and state.”

The letter also refuted the administration’s claim that the pandemic has disrupted flight progress for current students, saying that fight instruction has been considered an essential function under national and state COVID-19 guidelines. Despite this, the letter said CWU flight operations were suspended in late March. The letter continued to state that aircraft mechanics returned to work on April 27 under an operational plan submitted to and approved by the college’s dean, and that the operational plan to renew flight labs was approved on May 5, with flying in the program restarting on May 7.

“Therefore, most students only lost five to six weeks of flight time during the shutdown, depending on whether they had planned to fly over spring break or not,” the letter stated. “Students are now progressing, and all flight labs are scheduled through the summer so they can be caught up (by the) beginning of fall quarter. Contrary to claims made in the provost/dean letter, the aviation department has the capacity to handle the 30 incoming freshman students who were accepted into the program for fall 2020 (from a pool of over 200 applicants) and already scheduled the flight lab slots for those students.”

If the administration continues with their plan to not accept the incoming freshman, the letter says the aircraft will be underutilized, creating the opportunity for further financial losses without additional revenue, and that the faculty has no knowledge of university administration investigating plans for flight training and flight labs for summer or fall.

The letter also addresses the impact of the pandemic on the aviation job market, saying that regional airlines have told department personnel that they are expecting to return to normal capacity in the near future.

“Horizon Air Industries Inc. sent a signed agreement to the university in May to guarantee hiring of our graduates and it has not been signed nor returned to them,” the letter stated. “Professor Tom Long inquired via email June 1 as to the status of that agreement. CWU contracts office replied it was sent to the president in May and was awaiting signature.”

Although the letter said the administration’s statement that the university does not have funding to build a new hangar at Bowers Field is correct, it said that there are other potential avenues to consider to achieve funding for such a project.

“What they may not know, possibly because no one asked, are the discussions aviation has been having with personnel in university advancement over the last eight months to seek out donations from large companies for funding not only the new flight facility on that ramp, but (also the) hangar complex and to pay off the aircraft that were purchased in 2017-2019,” the letter stated. “This is not uncommon. For example, Kent State University received $6.5 million for their airport training facility form FedEx, and Ohio State University has received $11 million for their facility. Boeing donated $100,000 to Big Bend Community College aviation program.”

The letter closed by emphasizing the sense of confusion and disturbance among program faculty at the letter sent to students by university administration, and how the decision to rescind acceptance into the program to incoming freshman in fall 2020 was made without input from department faculty.

“We care about you, our students,” the letter stated. “(We) want to assure you we will do everything in our power to maintain your progress and help you with your future plans after graduation.”

In a June 26 joint statement from CWU Provost and Vice President for Academic and Student Life Michelle DenBeste and Interim Dean of the College of Education and Professional Studies Heidi Henschel Pellett, they said the letter posted by the aviation faculty has caused a great deal of confusion due to what they described as many inaccuracies.

“The goal of the pause is to ensure success for all of our current aviation students while examining the long-term future of the program,” the statement said. “It is paramount during this difficult transition to ensure that our students receive accurate and timely information that will help them make important decisions. Going forward, we will reflect that as we communicate and share information on our website.”