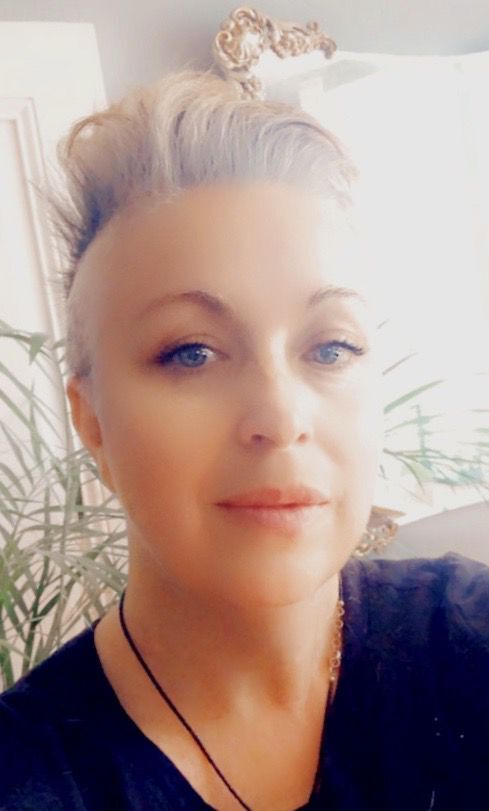 Director Kelle Dvorak Vanderberg expects to finish up the casting by Aug. 1 for the Ellensburg Community Radio production of Quilters.

Judy Sanders has been cast for the lead in the Ellensburg Community Radio production of Quilters, which is scheduled to be aired on Sept. 19. 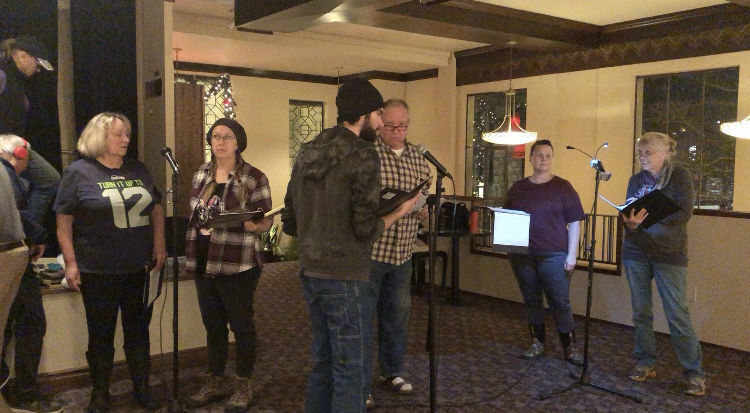 The Ellensburg Community Radio has been active in radio productions over the years. Here is a radio play it produced back in December.

Director Kelle Dvorak Vanderberg expects to finish up the casting by Aug. 1 for the Ellensburg Community Radio production of Quilters.

Judy Sanders has been cast for the lead in the Ellensburg Community Radio production of Quilters, which is scheduled to be aired on Sept. 19.

The Ellensburg Community Radio has been active in radio productions over the years. Here is a radio play it produced back in December.

The Golden Age of American radio became part of daily life throughout the 1930s and 1940s, providing the news of the day and much needed entertainment for a country deep in the throes of economic depression and a World War.

Shows like George Burns and Gracie Allen, Lucille Ball, Milton Berle, The Shadow, Flash Gordon and H.G. Wells’ fictional tale of the War of the Worlds kept families entertained to radio programs. By the end of World War II, television had arrived and it all changed. Since, cable and satellite television, internet video streaming, Netflix and the numerous outlets have mobilized broadcast to your Smartphone and tablet.

But the Ellensburg Community Radio is bringing back the Golden Age in the midst of the normal coronavirus pandemic with its radio drama it plans to air at 7 p.m. on Sept. 19.

“Quilters” is a tribute to the pioneer women of the American West, based on true events of what it was like to be a woman on the American Frontier. The five-member cast, 40-minute production also pays tribute to the 100th anniversary of the Women’s Suffrage and the women’s right to vote.

“We really felt that this play fit into the 100th year of the Women’s Suffrage. It was written by women with an all-female cast,” director Kelle Dvorak Vandenberg said. “Traditionally there are 8 to 10 people in the cast. In dealing with COVID-19, we basically cast it for Phase 2.

“We are still holding auditions, but we’ll have five people in the cast that will double up and play multiple roles. Because it’s radio theatre, we’re able to have the actors six feet a part on a dedicated mic and prerecord it so it can stream out onto the radio.”

It is a way to continue with theatre in a COVID-19 environment, while keeping actors and production staff safe. Interestingly enough, the production reaches back into the Golden Age of radio while utilizing modern techniques of digital reproduction and streaming.

“Quilters” was originally developed and produced at the Denver Center Theatre company as a celebration of American Womanhood. It became a record-setting regional theatre success before its presentations on Broadway and at the Edinburgh Festival.

It is the story of a pioneer woman and her six daughters. Quilters blends a series of interrelated scenes into a rich mosaic that captures the beauty, the terror and joy, along with the harsh challenge and rewards of frontier life.

The local production is directed by Vandenberg. Judy Sanders will play the lead matriarch and serve as the script writer. Jan Jaffe is the musical director.

“A lot of people don’t realize the Women’s Suffrage Movement got its start with the meeting at Seneca Falls, New York, and set the wheels of women’s suffrage in motion right here in America,” Vandenberg said. “I don’t want the Suffrage Celebration to get lost in what’s going on with the COVID-19 and Black Lives Matter in so many important battles that we’re dealing with now.

“I really wanted to keep something for the right to vote, so Judy and I got together and we adapted the original script for radio theatre.”

The original production involves stories with various patches of music, dance and drama, that depicts the lives of women on the frontier through girlhood, marriage, childbirth, spinsterhood, twisters, fire, illness and death. Vandenberg and Sanders had to shape shift that visual imagery to an audio production.

“So, what we did was take these monologues that had a lot of chemistry and meaning as to what women were doing and meshed it with what we’ve been doing in the last one hundred years, really,” she said. “We based that as our measuring stick and selected the monologue and incorporated three different songs that will be used on the radio, rather than a live performance.”

The production is still in the auditioning stage, which staff hopes to wrap up by Aug. 1. It will be an all local cast, but Vandenberg said they got tryout requests from as far away as Canada.

“That was kind of interesting,” Vandenberg said with a laugh. “Maybe we can do some sort of international production at a later date. Right now, we’re keeping the cast local.

“What will be very different from standard rehearsal process with the COVID-19 guidelines. We will have to do all of the rehearsals online with the exception of the sound check. But we don’t need a full cast to do that.”

Radio drama in the 21st century has its challenges. But Ellensburg Community Radio, with its studio in the heart of downtown in the 420 Building, will do its best to bring the Golden Age of Radio back into the fold with is production of Quilters on Sept. 19.