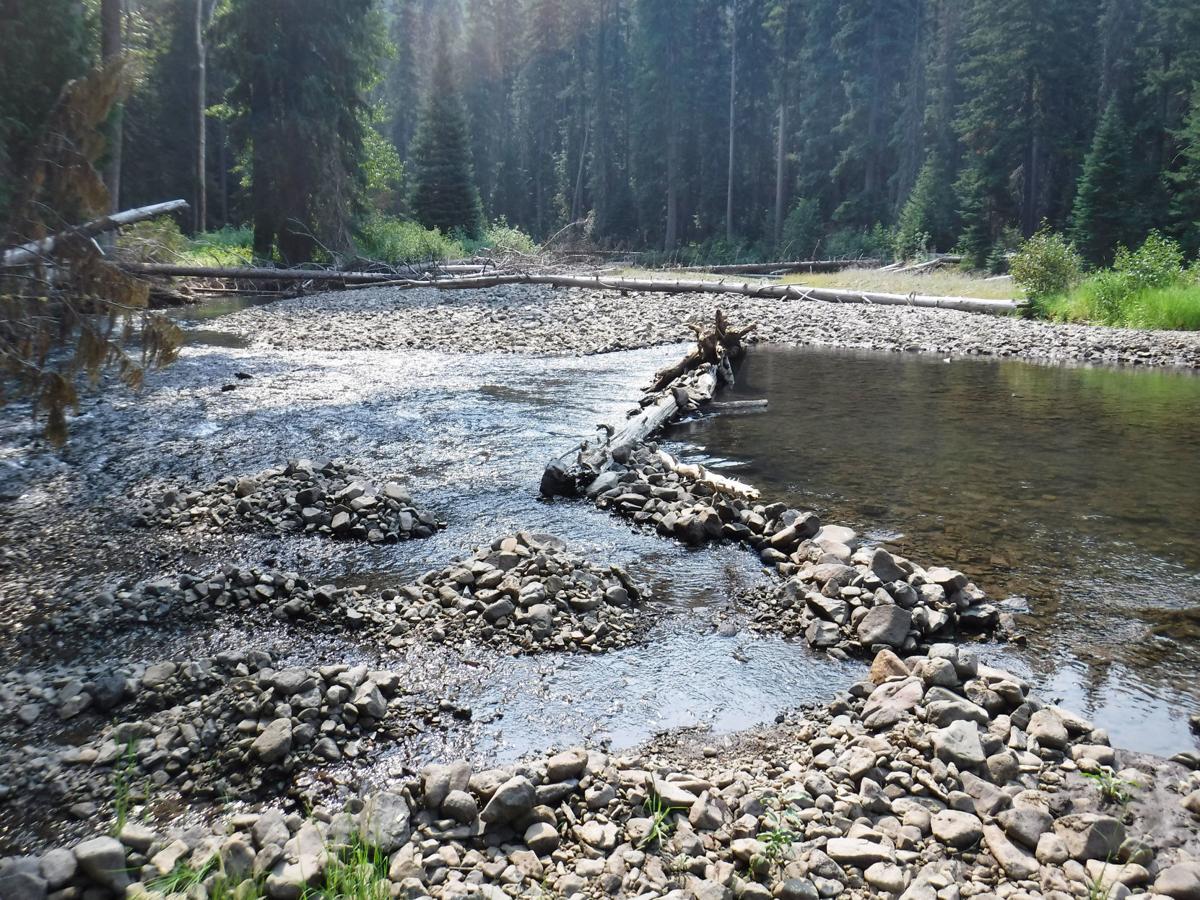 A large rock dam discovered in a local river last season. Dams like the one shown above can be detrimental to fish passage. 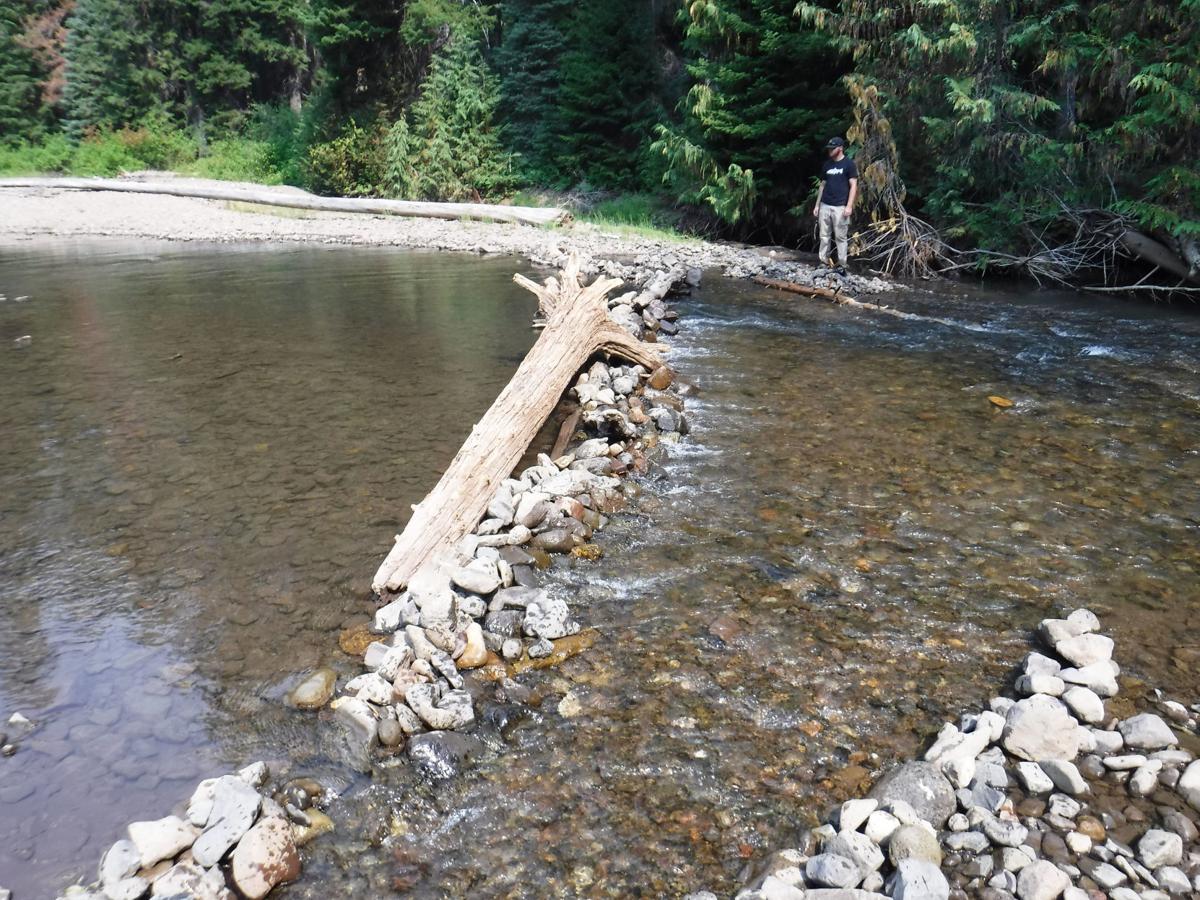 A large rock dam discovered in a local river last season. Dams like the one shown above can be detrimental to fish passage.

As temperatures heat up in the area, outdoor recreationists take to the rivers to cool off and some may be tempted to create a human-made diversion to keep themselves and their beverages chilled. Fish biologists say this can cause lasting effects when they are left up after the fun has been had.

“They’re out recreating in rivers,” he said. “The water level is lower this time of year, and typically a lot of it’s out of curiosity. They want to start constructing things like many of us did as kids.”

The mechanism of slowing down and backing up water to create a pool to soak in may create deeper water upstream from the dam, but it diminishes the flow on the downstream side of the dam. Parrish said this creates a situation where there isn’t enough depth for fish to get the momentum to jump over the dams blocking their path.

“Upstream-migrating salmonids like bull trout and spring chinook, any of those fish that might be trying to move upstream and stage somewhere will have difficulties,” he said. “That’s a big challenge, especially in these types of years where we’re having warm summers and warm water because we don’t have a lot of it. That just adds stress on top of all the other things that are impacting them these days.”

Although the season for rock dam discovery is just getting started, Parrish said crew members have already found newly created ones, as well as remnants of ones built in past seasons.

“This is kind of the weekend where everything ramps up,” he said.

Native American tribes used to build similar structures that would channel the fish into certain parts of rivers as part of their fishing techniques. Parrish said the group goes through cultural resource training every year to learn to identify those historic structures if they still exist within watersheds.

“They aren’t very likely to stick around in our area, because of all the high flows and things like that that would have knocked them out,” he said. “The tribes would have to rebuild them repeatedly.”

With the primary tasks of the group focused on conducting research and public outreach on bull trout and salmonid populations, Parrish said the labor budgeted to removing rock dams must be diverted from their main goals.

“At least once a week, if not twice a week I have to send crews out to go take out these rock dams,” he said. “That definitely takes away time they could be spending doing other things. Educating the public or going out and actually helping people doing research or other things on the ground.”

Instead of building dams, Parrish advises recreationists to go find a naturally deeper section of river to cool off in. If people can’t help themselves but to experiment with rock dam engineering, he has one simple request.

“If you are going to build them, please take them down at the end,” he said. “One of the big things we run into is that someone maybe builds a small one, maybe to hold their beer or watermelon or keep their soda cold or something like that. Then the next week if someone doesn’t take it down, someone goes out there and they start adding onto it.”

Since 2012, Parrish said the group has been removing the dams but also educating the public on the effects of building them. Since then, he’s heard from group members that they are seeing less construction in the early basin and that some people even pitch in to help them remove the dams when they do find them in the field. He attributes this change to the outreach efforts conducted by the group.

“It’s made a noticeable impact,” he said.

If people are out on a hike and discover a rock dam and either aren’t comfortable or have the time to remove it, Parrish suggested reaching out to either the Department of Fish and Wildlife or Mid-Columbia Fisheries Enhancement Group so they can locate and remove the structure. If one has the time, however, he said feel free to take personal action.

“If you feel empowered to take one down yourself, I think that’d be excellent,” he said. “We have a very small crew made up of two seasonal employees and interns, and we’re covering all kinds of territory, so we definitely miss a few of these. If you have the time and you want to take one down, we’d definitely appreciate that.”