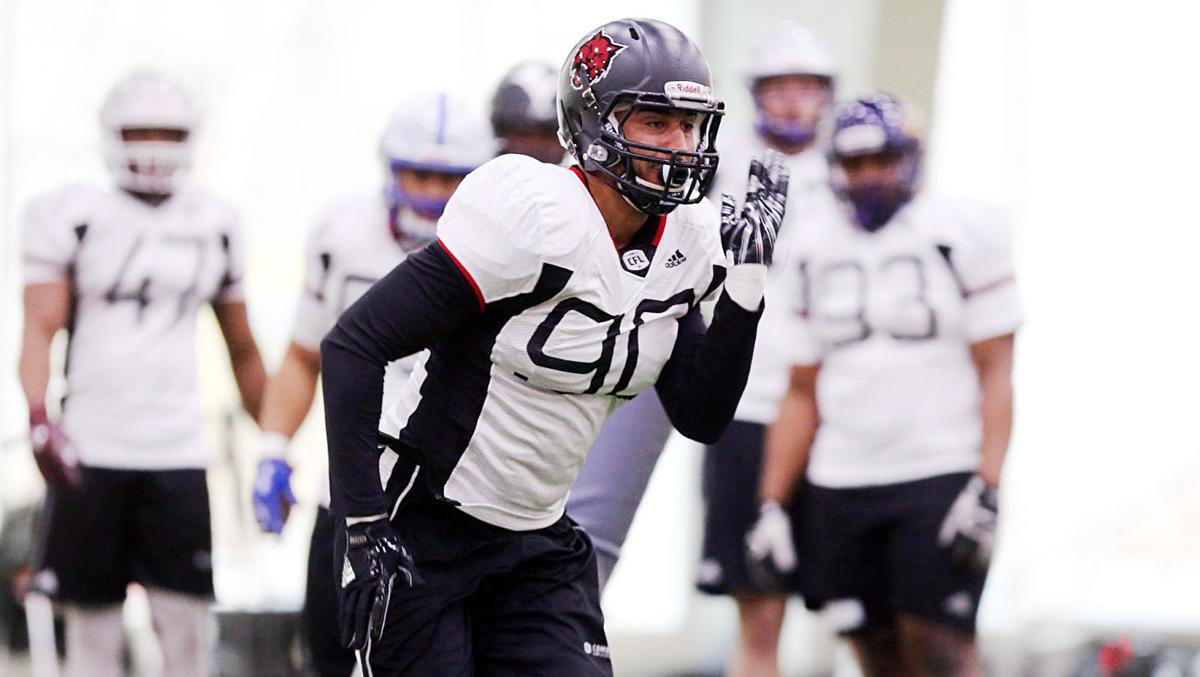 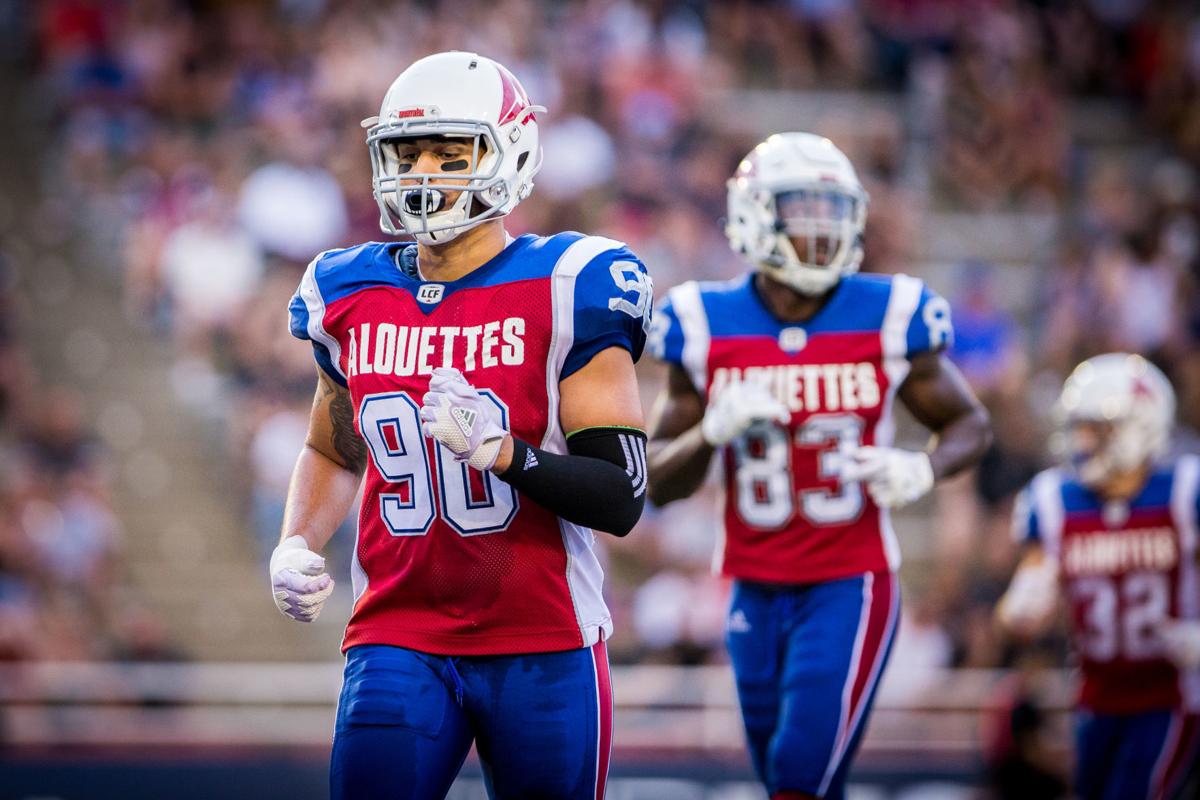 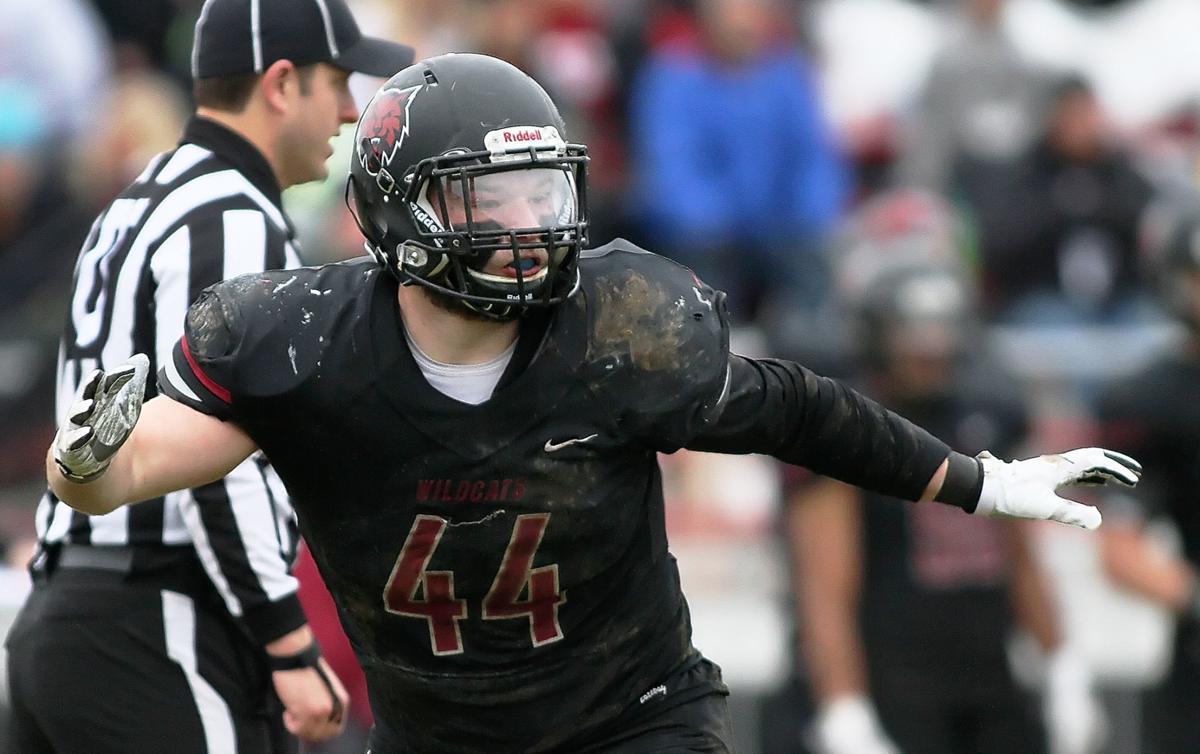 Central Washington’s Kevin Haynes (44), seen here playing for CWU in 2017, is trying to establish his professional career in the Canadian Football League.

Central Washington’s Kevin Haynes (44), seen here playing for CWU in 2017, is trying to establish his professional career in the Canadian Football League.

All Bo Banner has ever wanted to do is play football.

The 6-foot-2 defensive lineman played growing up, and he saw success with Sehome High School in Bellingham.

His career brought him to Ellensburg, where he played four years for Division II Central Washington University and was the Great Northwest Athletic Conference’s Defensive Lineman of the Year.

Now, his dream of playing professionally has finally come true.

This past May, he was drafted 19th overall by the Canadian Football League’s Montreal Alouettes.

He described it as a one-of-a-kind experience.

“I smile about it to this day,” Banner said. “When you hear your name get called, I don’t think I have been so satisfied in any point in my life. It was so many years of hard work and sacrifices paying off right there.”

Banner said he had no idea where or when he was going to get drafted. He talked to a few teams before draft day, but Montreal never reached out.

Little did he know that he would don the red, white and blue with Alouettes across the chest.

Over the next few months Banner became familiar with Montreal, but it was quite a bit different than either Ellensburg or Bellingham.

His college town of just over 20,000 people was replaced by a metropolis of nearly 2 million people. Not only was there a difference in population, but he also had to face a language barrier.

Though he mastered his best bon jour, Banner wouldn’t be alone for long. A few months after Banner joined the team, the Alouettes signed his college teammate, linebacker Kevin Haynes, who took a slightly different path to get there.

Haynes also wanted to play professional football, whether in the NFL or CFL, so he got an agent and started training in Las Vegas.

He attended Portland State University’s pro day, where pro scouts roamed the sidelines looking for talent. The NFL draft passed without Haynes being picked, so he got a job at brewery near his hometown of Battle Ground.

“I thought I would have an opportunity at a NFL mini camp or something, but it just never came,” Haynes said.

Then he got the call he was waiting for.

“My agent called on a Sunday around 8 o’clock in the morning and said, ’the Montreal Alouettes need a linebacker and they are flying you out. Your plane leaves at 11.’ Now here I am.”

When Banner found out that Haynes was arriving, he was nothing less than thrilled.

“It is awesome playing with Kevin,” Banner said. “A few weeks ago we were on the field together and it felt like the old days. I’m glad he got the opportunity to play and I hope he stays.”

With both former CWU players on the Alouettes’ roster, Banner made the step to finally see some playing time including appearances in seven games where he had three defensive tackles.

“You put so much work in and it’s actually harder to stay here than just to get here,” Banner said. “You have to realize that it is a job now and you don’t keep getting chances until you get it right. You have to know what you are doing and if you aren’t producing what is the point of someone keeping you around?”

Haynes hasn’t seen as much time, only appearing in one game, and said there is so much to learn because of different rules and specifications.

A CFL field is both longer and wider with deeper end zones and goal posts on the goal line, as opposed to the back of the end zones in American football. There are only three downs instead of four and 12 men are allowed on the field rather than 11.

Both men are following a path to CFL success blazed by other Wildcat standouts including Mike Reilly (Edmonton Eskimos) and Adam Bighill (Winnipeg Blue Bombers).

Despite taking different routes and regardless of the amount of playing time they have seen during their time in Montreal, both Banner and Haynes are realizing their dreams.

And no one could be more proud than their college coach, Ian Shoemaker.

“It’s great being able to turn the TV on during this time of the year and see some of your guys playing professionally,” Shoemaker said. “There are not a lot of guys that can say they get paid to play football.”

Central Washington football still sits deeply in both players’ hearts and they will never forget the memories they made as Wildcats. Haynes still wears the No. 44 that he was awarded at the start of his junior season and Banner sends a message to all the young college football players.

“I would encourage everyone at CWU to not take it for granted, because once you are done, you don’t get it back.”