You are the owner of this article.
Edit Article Add New Article
You have permission to edit this article.
Edit
Home
News
COVID-19
Newsletters
Rodeo
Sports
Features
Opinion
Calendar
Obituaries
Magazines
Best Of
Classifieds
1 of 4 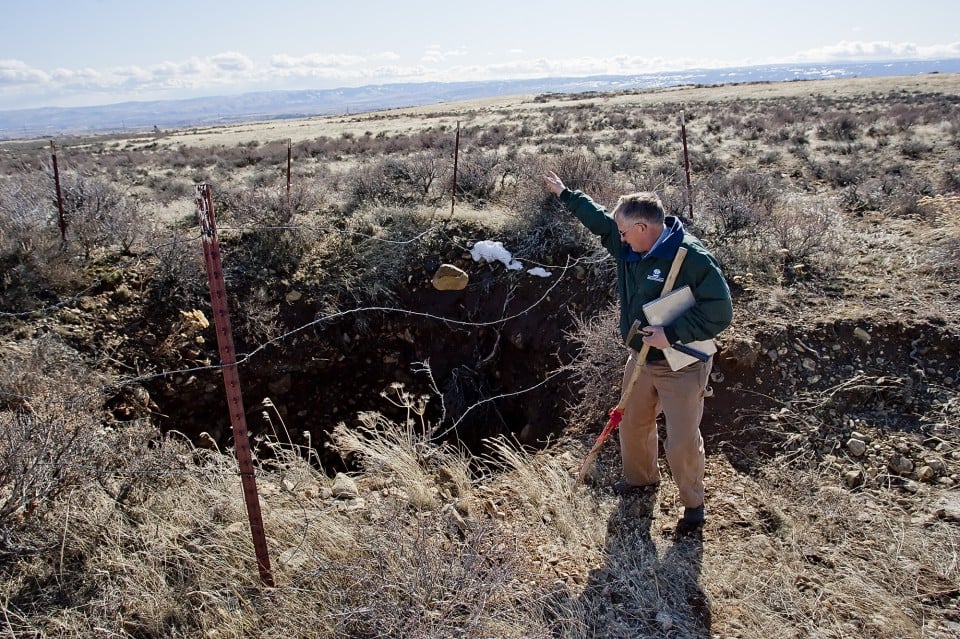 Jack Powell, a geologist with the Washinton State Department of Natural Resources, drops a rock into what he believes is the actual hole that spawned the Kittitas County legend of Mel's Hole, Tuesday, March 6, 2012. The hole, northwest of Ellensburg, was once a mining shaft. (Brian Myrick / Daily Record) 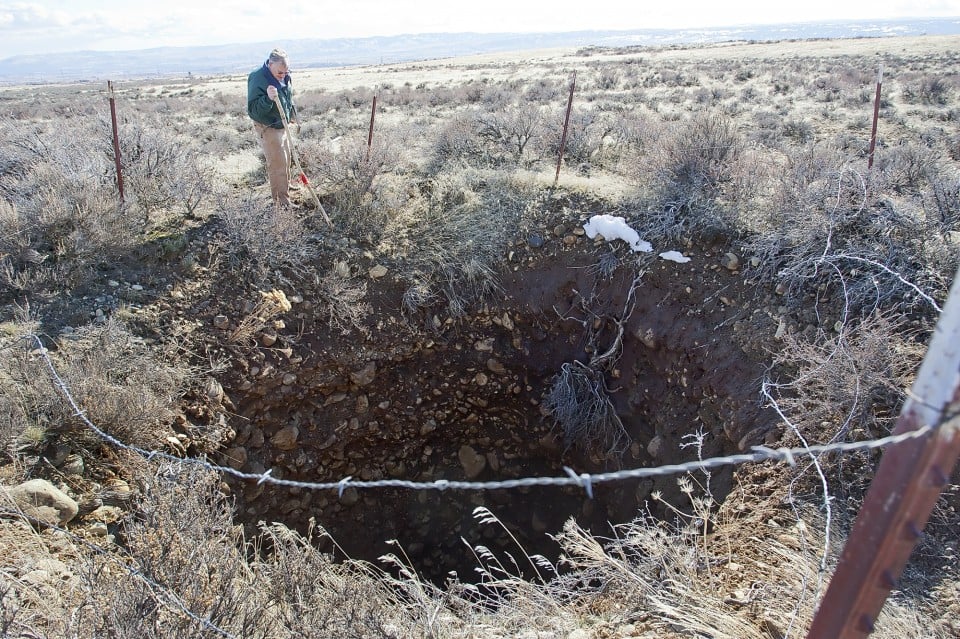 Jack Powell, a geologist with the Washinton State Department of Natural Resources, peers into an old mineshaft that he believes is the actual hole that spawned the Kittitas County legend of Mel's Hole, Tuesday, March 6, 2012. (Brian Myrick / Daily Record) 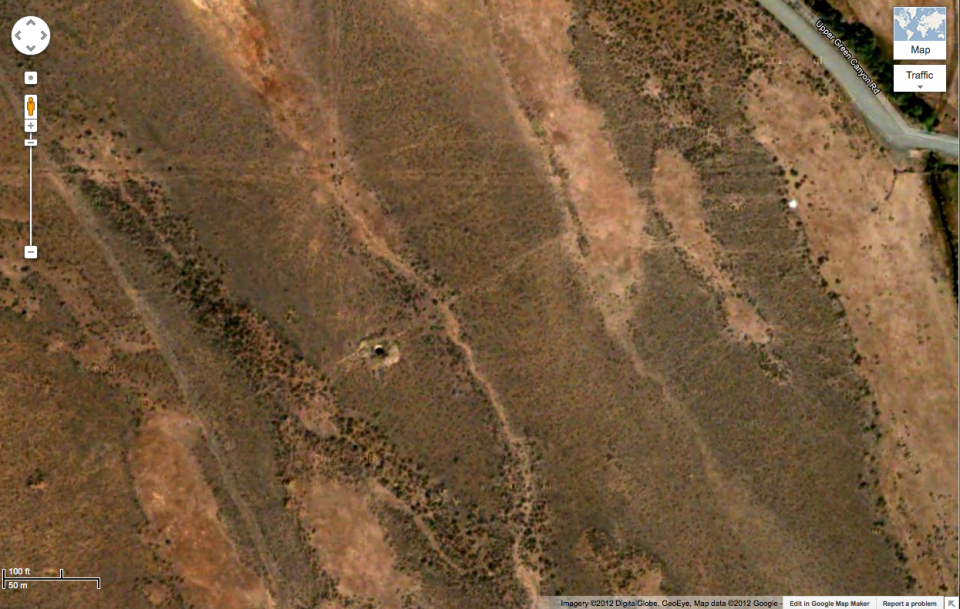 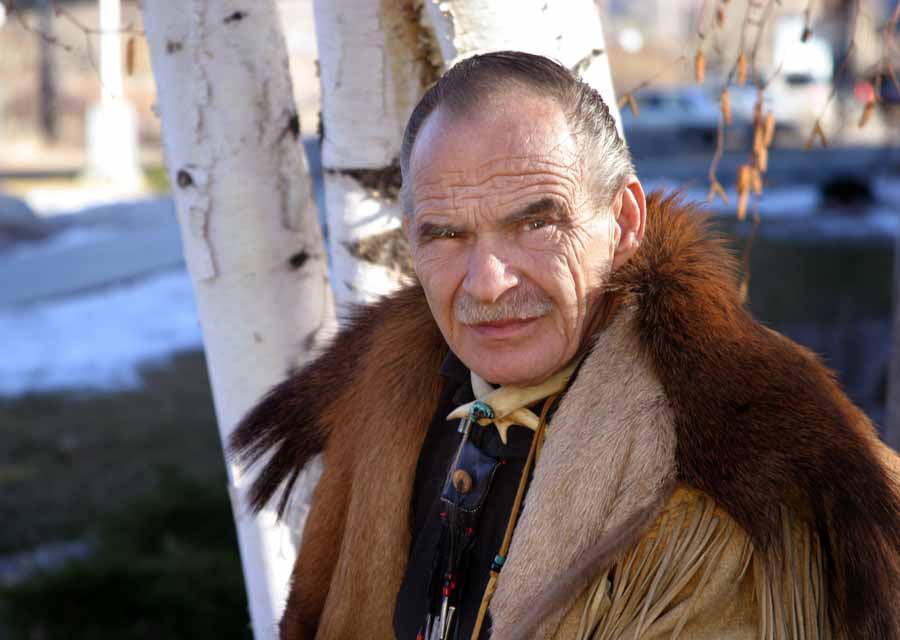 Jack Powell, a geologist with the Washinton State Department of Natural Resources, drops a rock into what he believes is the actual hole that spawned the Kittitas County legend of Mel's Hole, Tuesday, March 6, 2012. The hole, northwest of Ellensburg, was once a mining shaft. (Brian Myrick / Daily Record)

Jack Powell, a geologist with the Washinton State Department of Natural Resources, peers into an old mineshaft that he believes is the actual hole that spawned the Kittitas County legend of Mel's Hole, Tuesday, March 6, 2012. (Brian Myrick / Daily Record)

Fifteen years ago, a story about a mythical bottomless hole somewhere on Manastash Ridge near Ellensburg took on a life of its own.

Ask a local person about Mel’s Hole today and you might get a tale that involves paranormal activity, government conspiracies and dead animals coming back to life. Find someone more skeptical, and you will probably get an eye roll and a solid explanation of why it isn’t true.

Those who perpetuate the myth can’t, or won’t, reveal the exact location of the supposedly supernatural hole. But Jack Powell, a well-respected state geologist, points to a less menacing, real hole near Ellensburg that likely was the inspiration. He’ll also tell you the modern, rural legend — as told on AM late-night radio — is geologically impossible.

It all started on Feb. 21, 1997, when a man identifying himself as Mel Waters of the Ellensburg area appeared on “Coast to Coast with Art Bell,” a nationally syndicated AM talk show. Bell’s late-night show featured quirky and alien- and conspiracy-filled stories.

Waters, in a lengthy conversation with Bell by phone, talked about a mysterious hole in the ground on his rural property about nine miles west of Ellensburg. Federal government agents seized the land with no explanation as to whether the hole was a dangerous threat or important to national security or both. Waters said the cover story the government gave was that it was the old site of a downed aircraft.

Waters claimed federal agents forced him to lease the land to the government. The lease payments allowed him to move to Australia, he said.

Waters said the hole had paranormal properties, despite the fact locals dumped their garbage there for years. He said a rural resident tossed his dead dog into the hole only to see it later alive outdoors with a hunter. The dog wouldn’t come to him.

Waters indicated he was acquainted with Central Washington University where his wife worked for a time. He said he lowered a weighted fish line down the hole, and he ran out of several reels of heavy line at more than 80,000 feet without it touching bottom.

Waters told Bell others had seen a black beam coming from the hole and still others claimed portable radios held close the hole’s entrance would play programs and music from the past. Metal held close to the hole’s 9-foot diameter opening would change into other metals or substances.

These details tantalized Kittitas Valley listeners who made the show the talk of Ellensburg in the next few weeks.

Checks by local news reporters later found no public records indicating a Mel Waters lived in Kittitas County, had a wife who worked at CWU or owned rural property.

Waters later called into Bell’s show a few times again, on Feb. 24 and, reportedly, again in 2000 and twice in 2002. The show, over the years, rebroadcast the segments as the Best of Art Bell, again generating interest.

Most recently, Seattle’s KOMO TV station broadcast a news segment about the continuing mystery surrounding Mel’s Hole on Feb. 7. The segment included comments from Red Elk, an intertribal medicine man living in the Kittitas Valley, who contends his father showed him the hole around 1961 and told him son that it was bottomless.

Waters, and those who have searched for the hole and claim to have found it, have never revealed publicly the exact location. All they would say is it was on Manastash Ridge, some nine to 10 miles southwesterly of Ellensburg.

Re-enter state Department of Natural Resources geologist Jack Powell of Ellensburg, who was among those listening during one of the earliest “Coast-to-Coast” AM shows with Mel Waters. He was driving back home from an out-of-county task.

“It got my interest in a funny kind of way,” said Powell, 62, remembering back when. “I knew Art Bell’s stuff is basically Sasquatch and UFOs and the like, but it was sort of entertaining.”

Powell, who has worked as a exploratory geologist for petroleum companies, taught geology at CWU for 11 years and has worked with the DNR for more than 20 years, thought he knew where the hole was.

He grew up in the Kittitas Valley and, as a kid, played around an old gold mine shaft that went down at an angle into a field northwest of Ellensburg.

At most, the shaft on the valley floor was likely 90 feet deep or more, Powell estimated. It may have been as much as 300 feet deep when it was an active mine.

When Powell heard on the radio show that Mel’s Hole was said to be on Manastash Ridge and more than 80,000 feet deep, well, he couldn’t listen any longer.

He knew the deepest mine shaft in the world was 12,672 feet deep and the deepest known cavern was 7,188 feet.

“If they had said (over the radio) it was on the north side of the valley, well, I might have stayed with the program for a while longer. I was thinking the hole I knew about was somehow being made into Mel’s Hole,” said Powell, who has 30 years experience exploring the geology of Eastern Washington, and especially Lower Kittitas County and Manastash Ridge, in detail.

Geologically and physically, it’s not possible for a hole to be that deep, Powell said; it would collapse into itself under the tremendous pressure and heat from the surrounding strata.

He concluded whoever Mel Waters was, he probably knew about the hole northwest of Ellensburg that’s on private property, fenced with barbed wire, and is not too far from state DNR lands.

“I suppose this Mel Waters used the real hole as a kind of inspiration for making up his mysterious one on Manastash Ridge,” Powell said.

After listening to the radio show Powell didn’t think much about it for quite a while until 2001 when he was contacted by a member of a Seattle-area discussion group that was studying Mel’s Hole. The caller was part of an online chat club.

“They were hoping for geologic information about our area as part of their coming here to search for Mel’s Hole,” Powell said.

He agreed to talk to them in the interests of giving them accurate information about the local geology, he said.

The group visited on a Saturday, and Powell said he gave his standard lecture, a scientific overview in layman’s terms of the geology of Kittitas County and some specifics about Manastash Ridge.

He also guided the group to the old mine shaft and told them it was the inspiration for the mythical Mel’s Hole. The hole on Manastash Ridge doesn’t exist, he said.

“They thanked me and served me up some pie they had,” said Powell about dessert the group ordered from the Copper Kettle Restaurant. “But they wouldn’t let go of the possibility of Mel’s Hole.”

Powell acknowledged that Mel’s Hole has become a surprisingly long-lived legend based on no evidence at all.

“It looks like it’s indelible now; you can’t disprove a negative. It’s probably with us forever.”

How a mythical abyss became a mainstay in Kittitas County folklore

Mel’s Hole and other modern-day myths endure for a variety of reasons. They give people a ch…

Red Elk, a Kittitas Valley intertribal medicine man interviewed by Seattle’s KOMO TV station about Mel’s Hole in February, recently said that would be the last time he takes the media out on Manastash Road for a interview about it. He didn’t show the TV crew the hole.

“It’s far more important to seek your spiritual life. The hole isn’t important. Just stay away from trying to find it,” said Red Elk, 69. “The government has it. It’s totally off limits.”

In past interviews, Red Elk has said he has visited the hole several times. It’s dangerous, he says.

He told his own story about Mel’s Hole in September 2008 on the late-night “Coast-to-Coast with Art Bell” AM radio show. He indicated it led to an underground, shadow-government facility. He said the hole is carefully camouflaged with a cover to look like the surrounding lands so it can’t be found.

“Don’t look for it. Stay away. I have to say I’ve been burned by you guys, the media and all, many times with this Mel’s Hole. They make me out to be a liar. They say one thing and do something else,” Red Elk said recently.

Red Elk did say the KOMO news crew did a good job with the Mel’s Hole segment and was respectful toward him.

Mel’s Hole on the Web