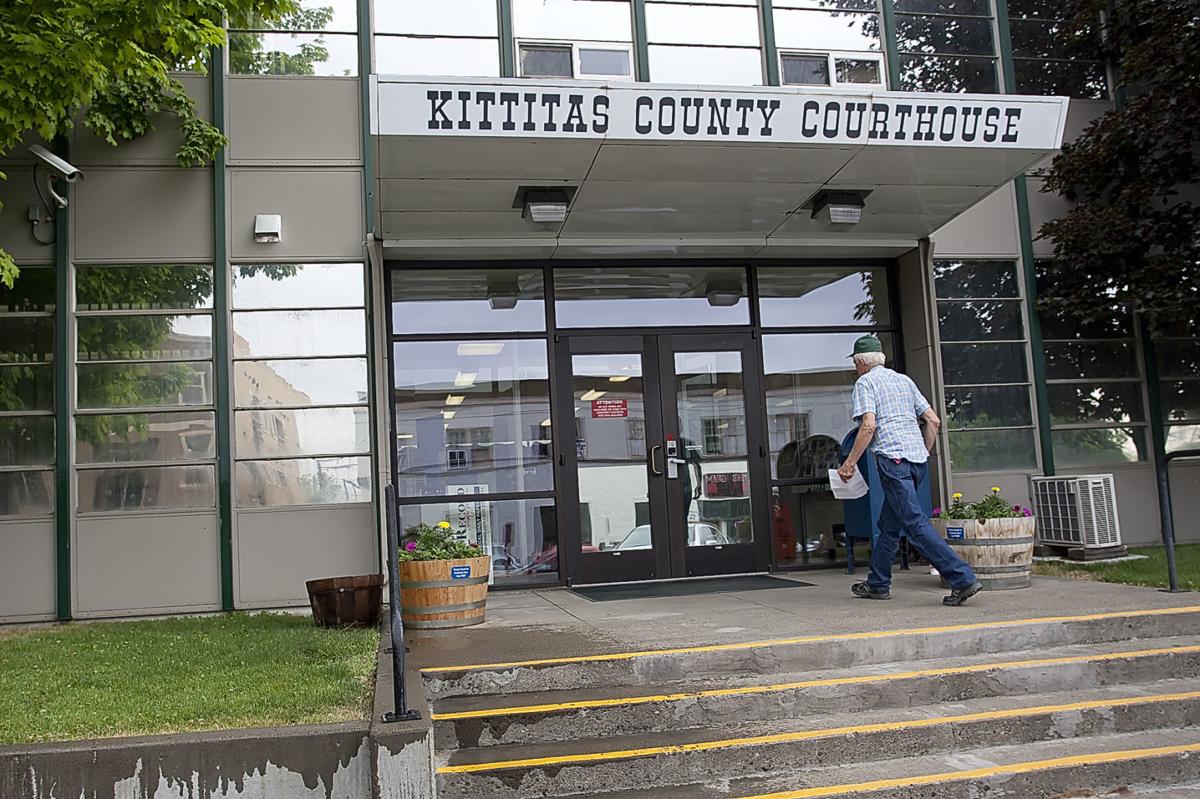 The Kittitas County Courthouse is pictured in 2017. The board of county commissioners recently approved wage increases for county employees. 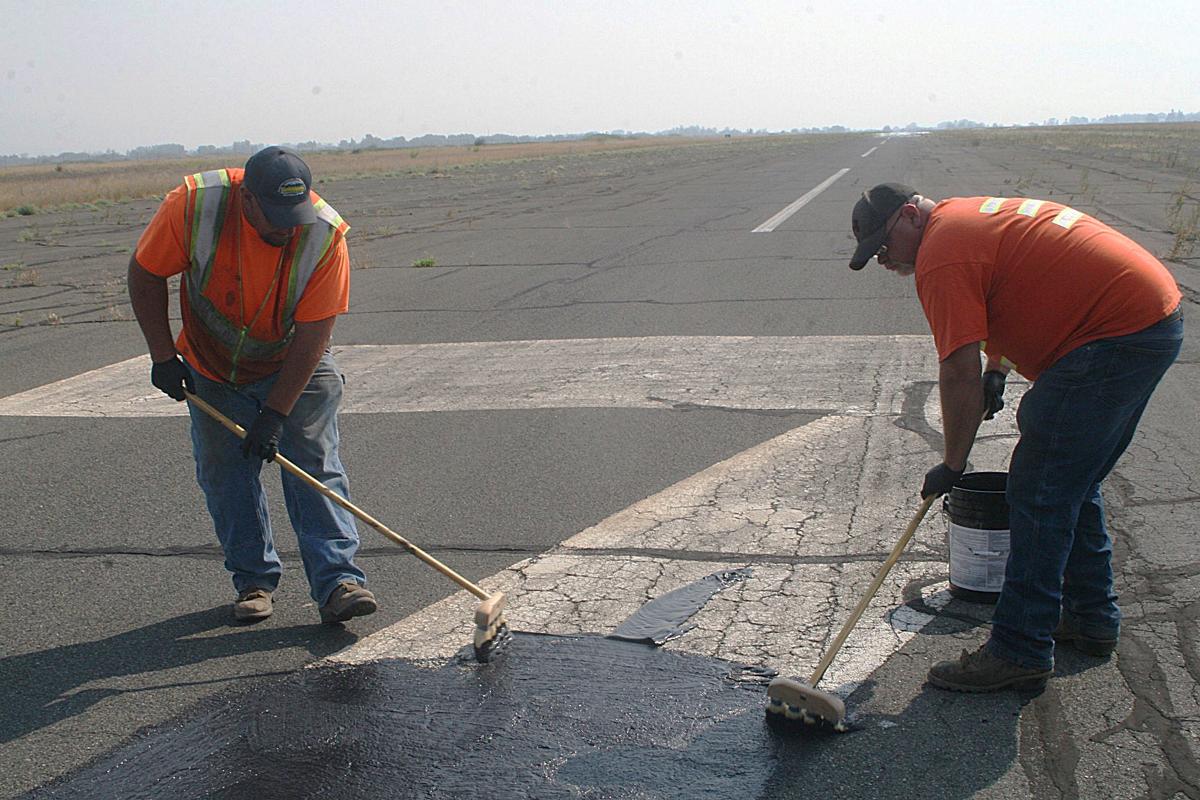 The Kittitas County Courthouse is pictured in 2017. The board of county commissioners recently approved wage increases for county employees.

As the cost of living goes up in Kittitas County, local government is making strides to ensure their employees are compensated at par with places in the state that are seeing similar increases.

The Kittitas County Board of Commissioners approved a wage increase for all non-union, non-department head employees at a meeting on Jan. 14. On Jan. 21, the commissioners voted to include department heads with a proviso that certain positions at that level would have special considerations, due to the lack of comps available for those positions. Those positions include the public waste and events center director, largely because very few counties within the state have those positions. Union agreements for the wage increase are ongoing. The county has approximately 300 regular employees.

Kittitas County Human Resources Director Lisa Young said this year’s wage comparison survey included two counties on the West Side for the first time. The survey included Skagit and Pierce Counties, due to the similarities they share with Kittitas County in property value and cost of living. Historically, she said the survey only used population-based comparison, using three counties with populations above and three below. In the last wage survey conducted in 2017, the county included the surrounding counties of Yakima, Grant and Chelan, as well as the city of Ellensburg and Kittitas Valley Healthcare.

“This time, the board decided to take a different look, not using population-based,” Young said. “Using affordability, housing index and median family income.”

Young said it is county policy to conduct a wage survey every three years. This year’s survey showed that Kittitas County ranks 12th in median home price, placing between Chelan and Douglas Counties on the chart. She said once the comparable counties for median home price and affordability are determined in the wage survey, the next step is looking at how to apply the data to Kittitas County. Young said this year, a wage survey committee composed of both union and non-union employees decided to apply the survey directly to the employees.

“In the past, we’ve applied it to the wage range,” she said. “The wage range goes up, but the employee doesn’t necessarily go up. What we started to see especially with the last survey was compression at the lower end.”

Young said an example of that compression was that an employee with five years or less at their position would be in the lower quarter of the salary range.

“Departments were needing to hire new people,” she said. “They were hiring new people at almost the same rate as we had experienced people. This year, the committee felt that a market survey should apply to the person as well as the wage scale. The wage scale would go up, the market-based rate. The employee would also maintain that same market-based rate, so if you have a scale and somebody’s at the midpoint, they’re going to be at the midpoint of their new scale. It applies to both. That way they’re not losing ground.”

Young said the total initial proposal for county wage increases in 2020 totaled $1.9 million, which includes all union and non-union employees, as well as exempt employees and department heads. She explained that many departments have their own funding sources, so that $1.9 million is not coming entirely from the county’s general fund. Certain departments like public works, public health and solid waste are managed as enterprise funds that derive funding from various sources such as taxes. Young said when she looked at the impact on the general fund for non-union employees, it came in at approximately $660,000.

Young said the impact of the wage increases on employees varies by individual position. She said each position is rated compared to other positions, which means some positions might not see any increase based on the market study.

As the wage survey committee included a representative from each of the seven county employee unions, Young said they have been on board with the process from the beginning. Now that the commissioners have adopted the wage survey, she said the next step is to work with each union, a process she said shouldn’t take longer than a month.

“We’ve already started meeting,” she said. “We’ll have to do memorandums of understanding with each of those to reopen just the wages part of the contract for any contract that isn’t currently open.”

Between wage surveys, Young said the county uses Bureau of Labor statistics to keep up with cost of living index increases, which is designed to keep wages from lagging behind the comparisons shown by the survey.

“The hope is that we keep pace,” she said. “Then when we do the next wage survey, it won’t be as dramatic of a change. This one, because we added the two new counties, that really contributed a lot to the significant increase.”

As the wage increases go into effect, Young said she expects it to alleviate issues with recruiting out-of-area talent due to the cost of living in Kittitas County versus the wages offered to them.

“In recruitment, we often hear that it comes down to housing,” she said. “We hire a new employee or make them an offer, and they are interested in the position. They start looking at housing, and we’ve lost some employees because of that. The fact that the commissioners were willing to look into something besides just population-based (comparisons) for determining comparable wages, I think it is huge and it shows their commitment to our recruitment efforts in retaining quality employees.”

With the competition involved in recruiting skilled workers for county positions, Young said the wage increases will also have a positive effect on ensuring the county can keep up with that competition.

This is a huge step for us, and it’s really exciting to move forward and see what kind of positive impact it will have,” she said. “We have some departments that have had some recruitment troubles or trouble maintaining people who move on to bigger and better things, so hopefully we won’t see that turnover quite as frequently.”