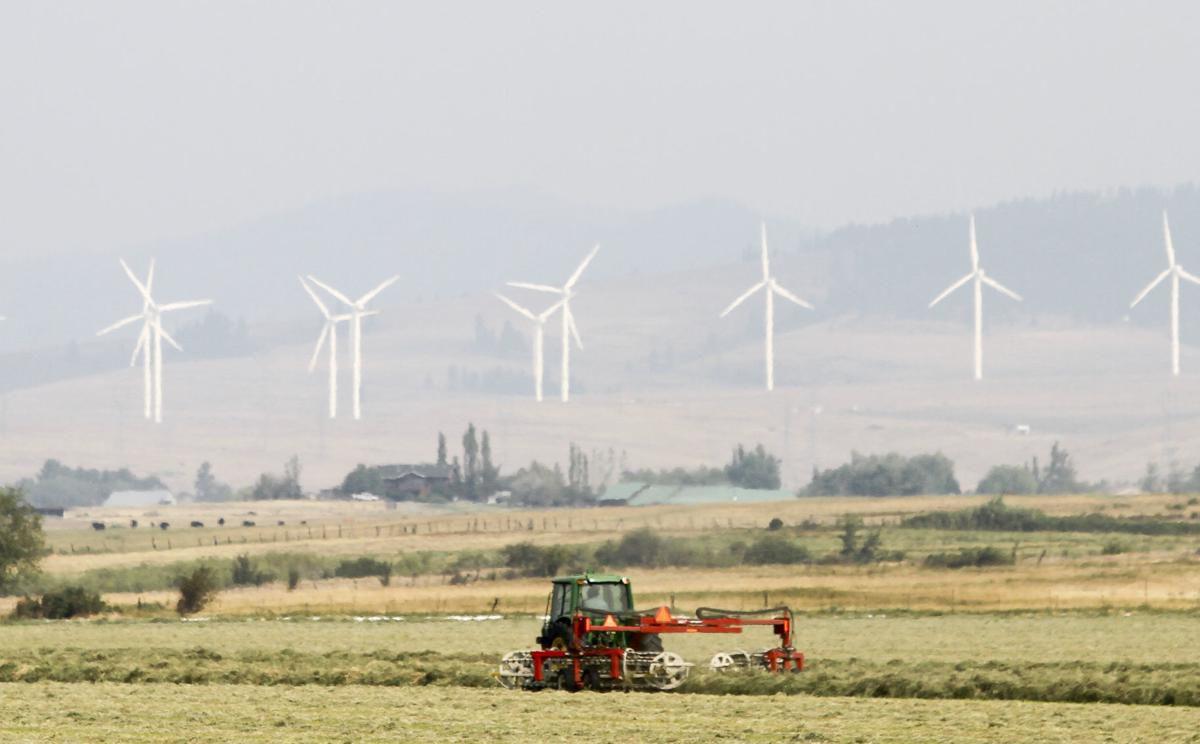 The alfalfa and timothy hay industry in Kittitas County seems to be holding its own during the COVID-19 pandemic. 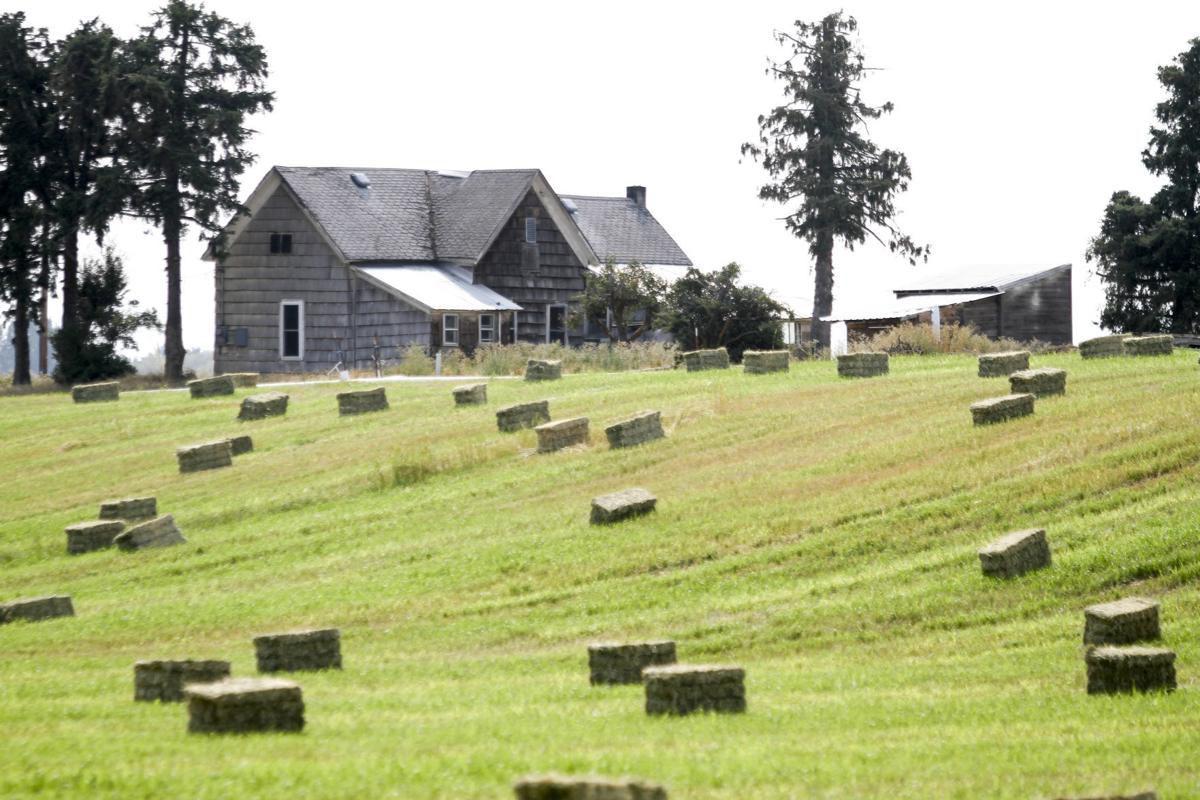 While other products in the agri-business industry continue to struggle, alfalfa and timothy hay in the Kittitas Valley is holding its own.

The alfalfa and timothy hay industry in Kittitas County seems to be holding its own during the COVID-19 pandemic.

While other products in the agri-business industry continue to struggle, alfalfa and timothy hay in the Kittitas Valley is holding its own.

“It’s like you’re drowning in nine feet of water, and we take an inch away,” the freshman representative said. “You’re still drowning.”

The nation’s farmers are getting hit hard during the COVID-19 pandemic. In the swine industry, producers are euthanizing piglets rather than prepare them for market. Dairy farmers are dumping milk. In nearby Grant County, potato farmers are giving away 2019 potatoes by the bag full to make room in storage for this year’s crops.

These are unsettling times to be sure, said Kittitas Valley farmer Bart Bland.

“We could all be in trouble if this doesn’t get resolved,” he said. “It’s about food and that’s something that affects us all."

The coronavirus pandemic has left Washington’s potato farmers with at least a billion pounds of potatoes they can’t sell, a new crop growing without any buyers and millions of dollars in debt they have no way to pay.

Kittitas County’s farmers, orchardists and hay growers say they are just keeping the hat pulled down, the shirt sleeves rolled up and doing what they always do.

“Its all kind of scary about where we’re going to end up with the markets,

said Bland, who grows alfalfa, timothy hay, beans and wheat. “I can’t tell you how bad it’s going to be or anything.

“All we can do right now is keep working.”

He said he is concerned with the turn of events in the agri-business and what others are doing to stay alive.

“It’s serious. Anytime you’re dumping product, you’re dumping a commodity. It’s serious and your losing money,” Kern said. “We’re importing a lot of our food in this country when we should be supporting American agriculture and not import beef. Not import fruit.

“There’s an awful lot of fruit coming into this country that’s imported – anything from apples, pears and Banas, you name it. That being said, it’s a concern anytime anyone in agriculture is dumping product. It’s a loss to that farmer. It’s a loss to the wholesaler and the retailer.”

The clock is ticking and farmers are facing a similar plight as COVID-19 and the closure of schools and restaurants has kinked food distribution lines all over the country.

Congress recently approved $9.5 billion for the Coronavirus Food Assistance Program to help farmers with crops they can’t sell. The maximum relief for single-commodity farmers is $125,000, but most borrow millions each year to cover their costs until their crop can be sold.

Bland Farm is one of the larger farms in Kittitas County. They run their program, including crop rotation.

“Every farm has its own program and all I can do is speak for myself. I don’t know what the other guys are doing. We have too much to deal with worrying about ourselves.” Bland said. “We’re just finishing seeding and doing irrigation for hay season. We usually go with 30 to 35 days with the timothy.

“Twin City (processor) had a big affect on us all. So, it’s hard to predict what the market is going to do.”

Farmers markets are a valuable resource for food supplies during times when social distancing is required. The Kittitas County Farmer’s Market is scheduled to open on May 23 under specific healthcare guidelines. Since the markets are considered essential businesses, similar to grocery stores, farmers markets are encouraged to operate if they are able to implement required social distancing and sanitation measures to prevent the spread of COVID-19.

As for the alfalfa and timothy hay, Carl Jensvold with the Organization of Kittitas County Timothy Hay growers said a lot of the production in the Kittitas Valley goes to race tracks and horse farms. So, he isn’t seeing the crunch other areas of the agriculture industry is seeing.

“It’s yet to be seen, but I know its been really challenging for others with restaurants being closed, schools being closed. But growing hay hasn’t been affected,” he said. “As far as the market, I don’t really know that we know that answer as to how it is going to respond.

“Ours is a little different in that our hay isn’t going to the feedlots. For me personally and most of the producers in this valley, our product is going overseas to dairy cows. Or it’s going to race tracks and horse farms. So far, we’re not seeing a major change is business.”

The Columbia Basin produces nearly a quarter of the potatoes grown in the United States, 10 billion pounds in 2019. Washington potato farmers hope the U.S. Department of Agriculture will step in and buy their billion-pound glut, then donate the potatoes to food banks or even cattle ranchers as supplemental livestock feed.

Kittitas Valley farmers, ranchers and orchardists sit in the eye of the storm, but seem to be holding on during one of the most horrific pandemics to hit the United States since the Spanish Flu.