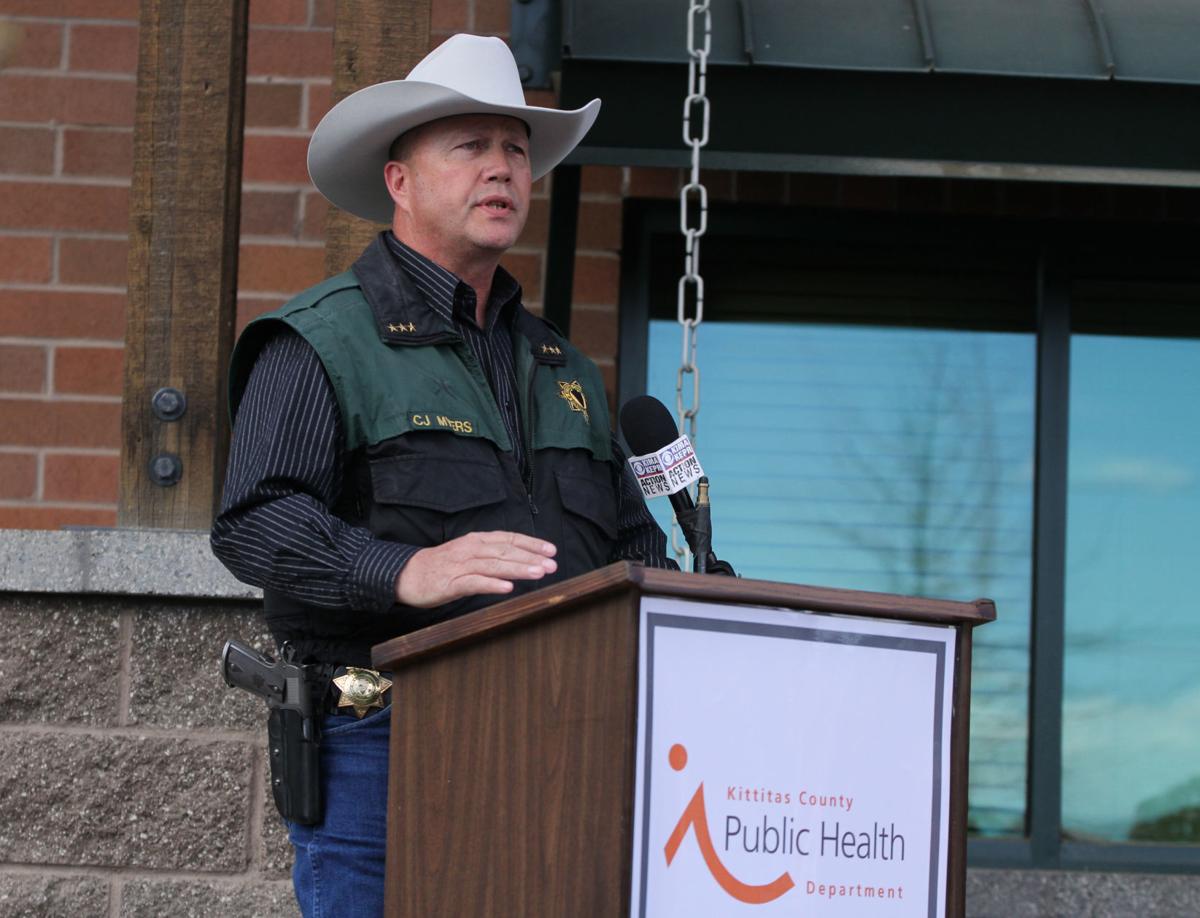 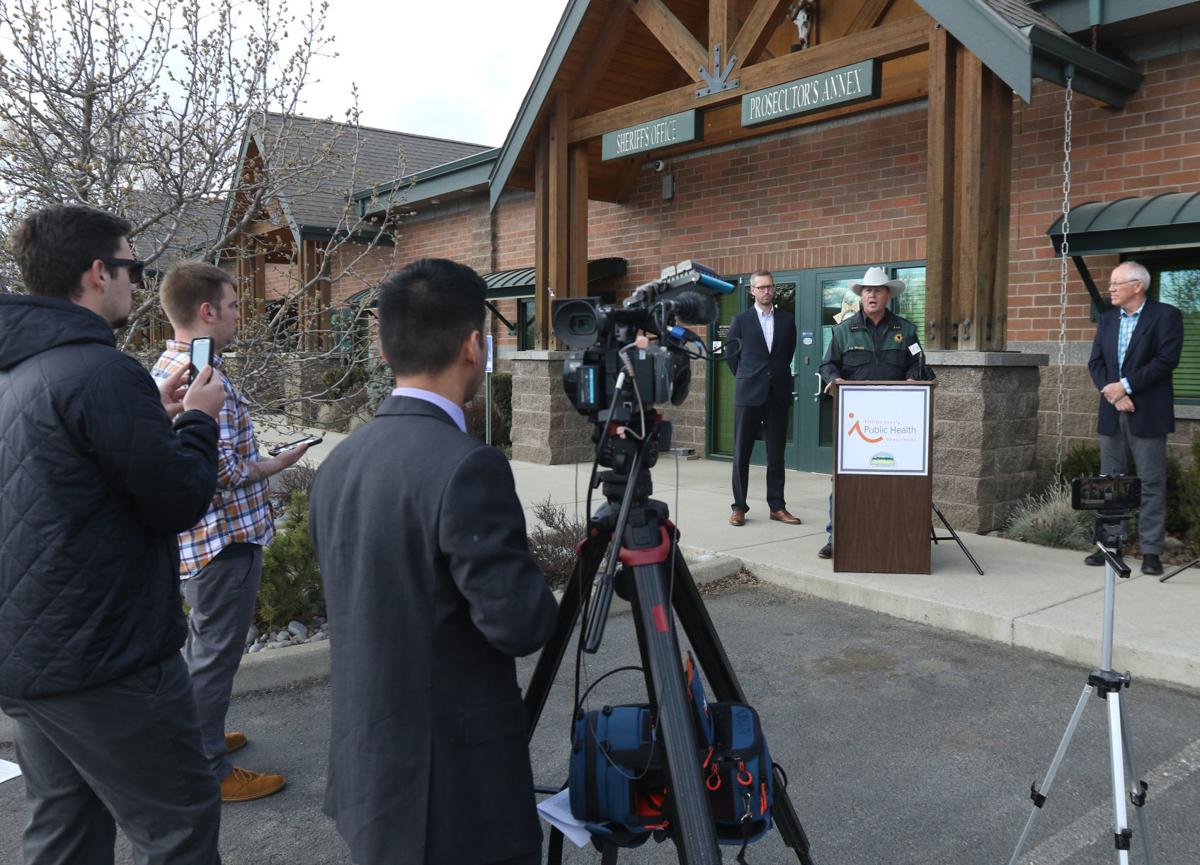 In times on uncertainty, one thing citizens know they can rely on is the enforcement of law and order within their community, and steps are being taken to ensure that those on the front lines remain safe during the fight against the novel coronavirus.

As the community adjusts to new guidelines about travel, work and social distancing, the Kittitas County Sheriff’s Office is taking steps to ensure both deputies and citizens they interact with remain safe amidst worries of community spread. Sheriff Clay Myers said the department is rapidly adjusting to new protocols that ensure safety measures are upheld throughout the ranks.

Myers said the office has instructed its deputies to follow the same protocols that are being requested of the public to the greatest extent possible. Steps include the social distancing measure of six feet, limiting physical contact with others, and utilizing additional safeguards when taking someone into custody and transporting them.

“We’re trying to establish some alternate communication links with people, so that we can still provide them with services that they need without creating more discomfort or risk to either them or the officers,” he said. “We’re using email, we’re using text, we’re using the telephone. We’re getting a great response. The public is as we expected responding very well to this.”

At the moment, Myers said the office is in good shape when it comes to their supply of personal protective equipment. Officers have access to respirators and masks for both themselves and citizens they may have to assist or take into custody.

“We have hand sanitizer,” he said. “Since we have a declaration of emergency and our emergency operations center is open, we just have to make a request through them and the logistics branch of our EOC takes care of that.”

Myers said the office has contingency plans in place for the event that community spread affects employees internally. Essential functions within the office have been identified, along with the staffing necessary to operate within the parameters of those functions.

“We’ve identified nonessential (functions),” he said. “Some people are working from home. Some people are being reassigned a little bit. It’s manpower allocation. We feel pretty comfortable about where we are and being able to meet all of our responsibilities.”

As schools announced closures within the county, Myers said his office got off to an early start identifying employees who would be impacted as a result of not having alternate childcare plans in place.

“We developed some processes to support them in conjunction with the rest of the county government, both the federal requirements and federal support in respect to leave and things of that nature,” he said. “Based on our staff makeup, that was pretty easy to do. Most of the staff had alternate means of childcare for those that were going to be out of school.”

Although Myers couldn’t share some of the protocol measures due to facility safety and security concerns, he said the department of corrections has also made shifts to its daily routine to keep both correctional officers and inmates safe during the pandemic.

“We’ve made some modifications to our day to day and our weekly operations to address, reduce and/or mitigate risk and exposure,” he said. “We’ve identified and changed some of our housing classification so that we’re in compliance with both the federal regulations and state requirements for housing of inmates and meeting the safety requirements as well.”

Myers said corrections has set up a process for inmate screening and processing that has been vetted and approved by the county’s public health officer. He said that process applies to anyone entering the facility, staff included. Interjurisdictional transport of inmates has shifted from the traditional group transport method as well.

“We’re not putting a bunch of inmates together on a bus,” he said. “Inmates that have to transported from one jurisdiction to another, that’s occurring one at a time.”

Minor booking restrictions have also been implemented, something Myers said is prudent to do at this time. The restrictions apply to minor infractions such as traffic. He said video capability has also been instituted in the court system to help facilitate legal requirements related to due process for inmates. Even with the adjusted protocol, the jail is far from overcrowded. Myers said they are running at an average of 80 inmates out of a total capacity of 213.

“We’re trying to utilize book-and-release criminal citations,” he said. “Things of that nature. Anyone who’s a threat to the community obviously is going to jail. DUI’s, domestic violence, assaults, crimes of violence, felonies and warrants. It’s more of a use of discretion that the law has already given us.”

Although he couldn’t pinpoint a reason for it, Myers said he’s noticed a decrease in criminal activity in almost every emergency, disaster or crisis the community has faced. Although a lack of an uptick in crimes comes as a relief to his department during crises, Myers said the greatest comfort comes from seeing how Kittitas County residents mobilize when times get tough.

“Every time we’ve had an emergency in our county, every time we’ve activated our emergency operations center, the community has responded in a fierce and wonderful way helping each other,” he said. “This is just another opportunity for our community to step up and do the right thing. And they will.”

According to the state Department of Health website, as of Wednesday morning, Kittitas County has 6 positive/confirmed cases of COVID-19 and no recorded deaths. Counts for other counties in region are: Yakima, 44 cases, 1 death; Grant, 27 cases, 1 death; and Chelan, 6 cases, 0 deaths.