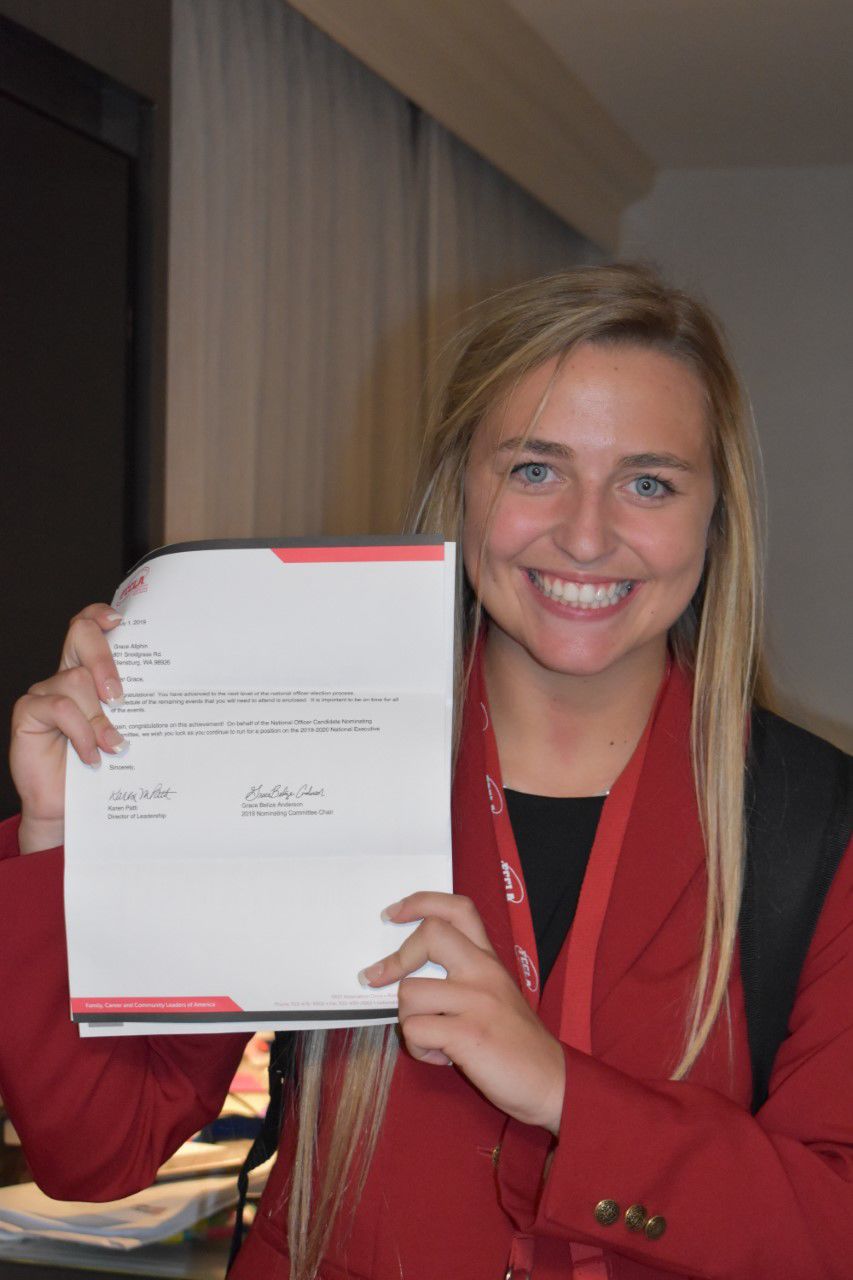 LEFT: Grace Allphin reading the letter that tells her FCCLA Delegation votes her in as a national officer. RIGHT: Allphin makes the top 20 after the Nominating Committee Speech and interview. 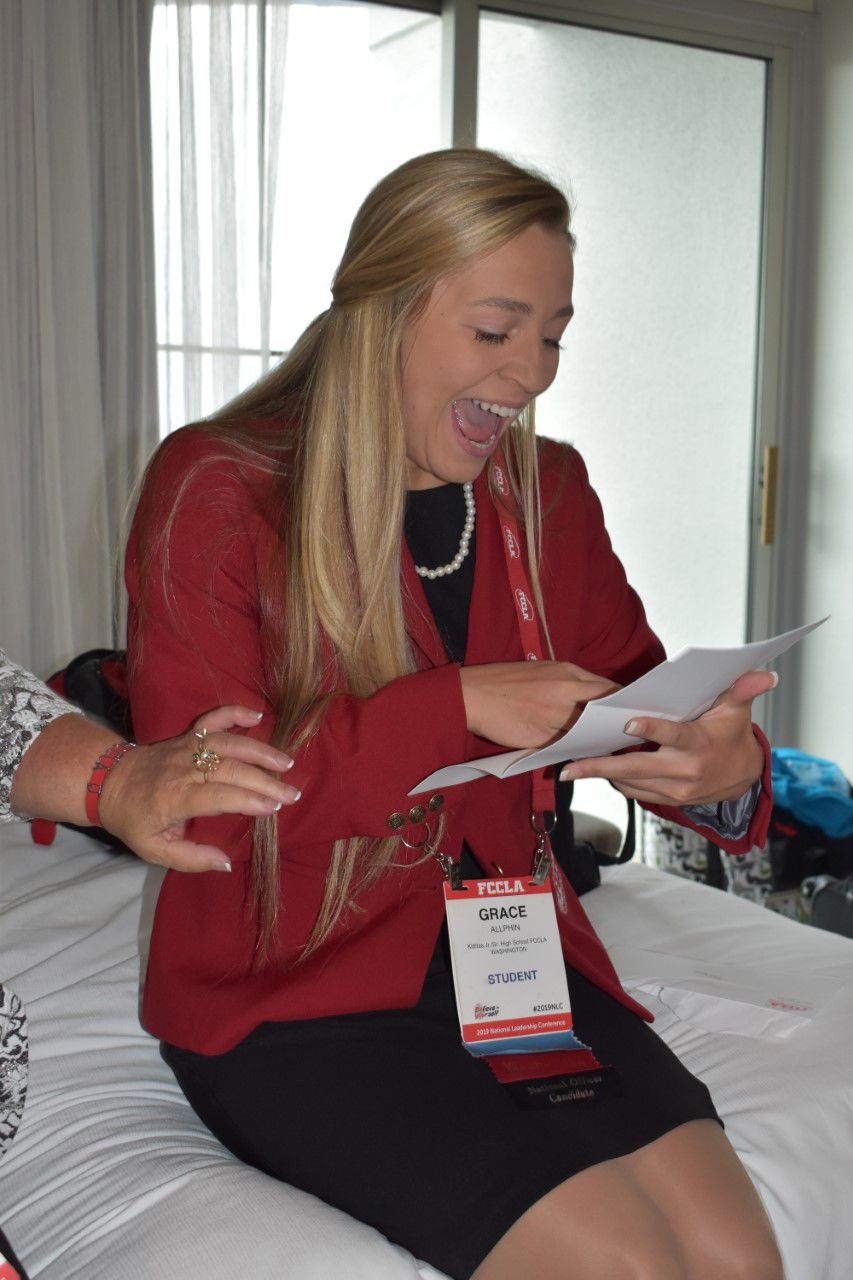 {span}Grace Allphin reading letter that tells her FCCLA Delegation votes her in as a national officer.{/span} 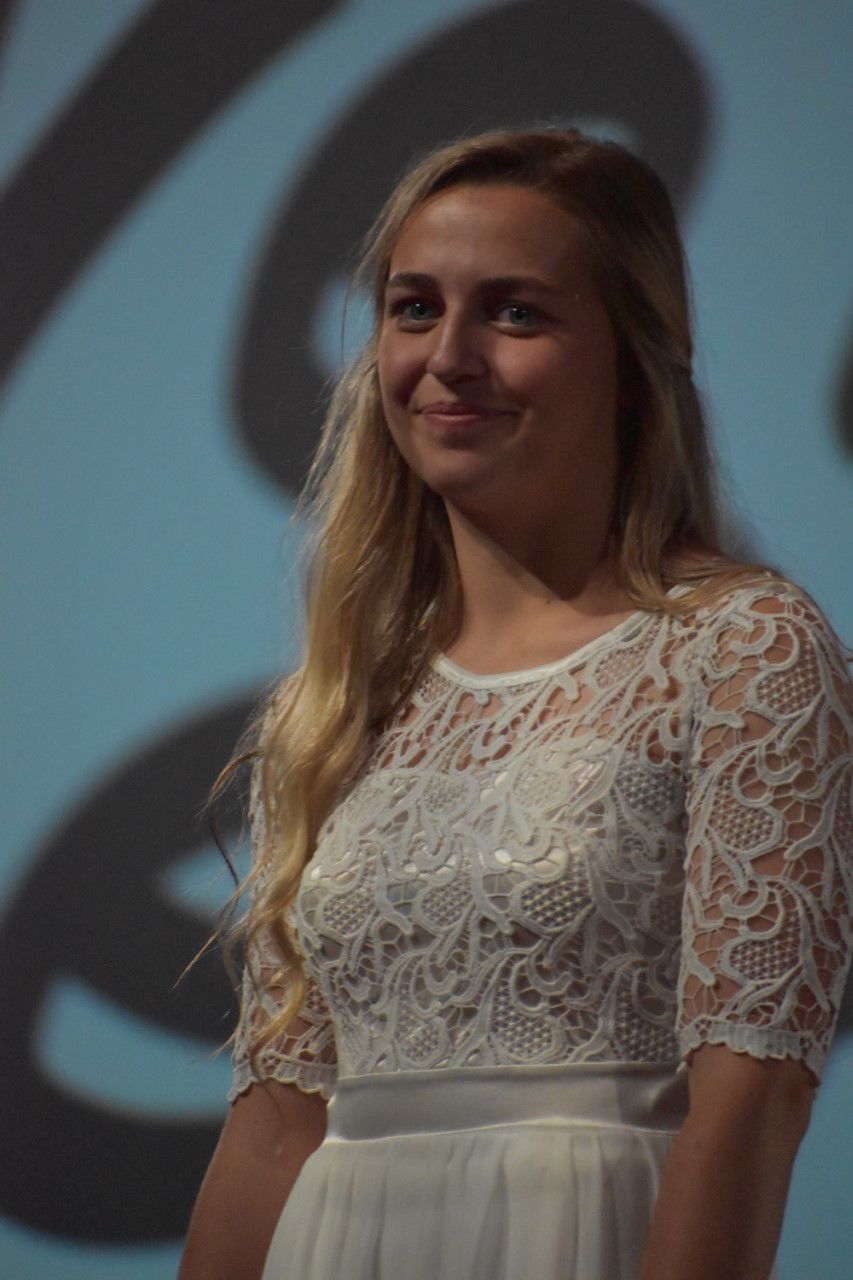 {span}Grace Allphin being installed as the 2019-2020 National Vice President of Programs.{/span}

LEFT: Grace Allphin reading the letter that tells her FCCLA Delegation votes her in as a national officer. RIGHT: Allphin makes the top 20 after the Nominating Committee Speech and interview.

{span}Grace Allphin reading letter that tells her FCCLA Delegation votes her in as a national officer.{/span}

{span}Grace Allphin being installed as the 2019-2020 National Vice President of Programs.{/span}

Grace Allphin from Kittitas Secondary School has been elected as the National Vice President of Programs for Family, Career and Communities Leaders of America’s (FCCLA) for the 2019-20 school year.

Allphin is one of 10 national officers elected to serve on the (FCCLA) National Executive Council. Allphin competed in July for the position at a week-long National Leadership Conference in Anaheim, California conference where members worked on leadership skills.

According to Allphin, Kittitas has about 20 FCCLA members and each member works on different community service projects and advocacy work throughout the year before competing at regional, state and national events.

Allphin said her passion for FCCLA started with watching her older sister who participated in the program. This sibling connection not only help to cultivate an interest in exploring new ideas and approaching different ways of doing things, but it also helped to grow a closeness between the sisters.

Allphin ran against 29 members at the Anaheim conference and underwent a series of tests, interviews and speeches. At one point Allphin said she had to give a speech in front of 500 people.

“There were so many faces,” she said. “And all of them were staring at me as I’m talking.”

Each member gave a 30-minute speech with the topic centered around how FCCLA has helped its members narrow in on a future career path.

Allphin said she has recently had a newfound passion for the health care industry, which she attributes to presentations she had to research and present at FCCLA events. Allphin said a lot of her projects have been focused around ways to help improve human health and Allphin said she drew on these ideas during her speech.

Allphin said she doesn’t know what her future career path will be, but one thing she does know right now is that she loves working with kids and teaching about health.

“I love working with kids and teaching about health,” she said. “So now I’m kind of leaning towards like the nurse practitioner way just to like, to be able to keep on helping people throughout my career.”

Allphin will help to lead the membership of over 175,000 FCCLA members and will work with nine other officers elected from across the nation. Allphin will attend her first meeting on August first, in Washington D.C.