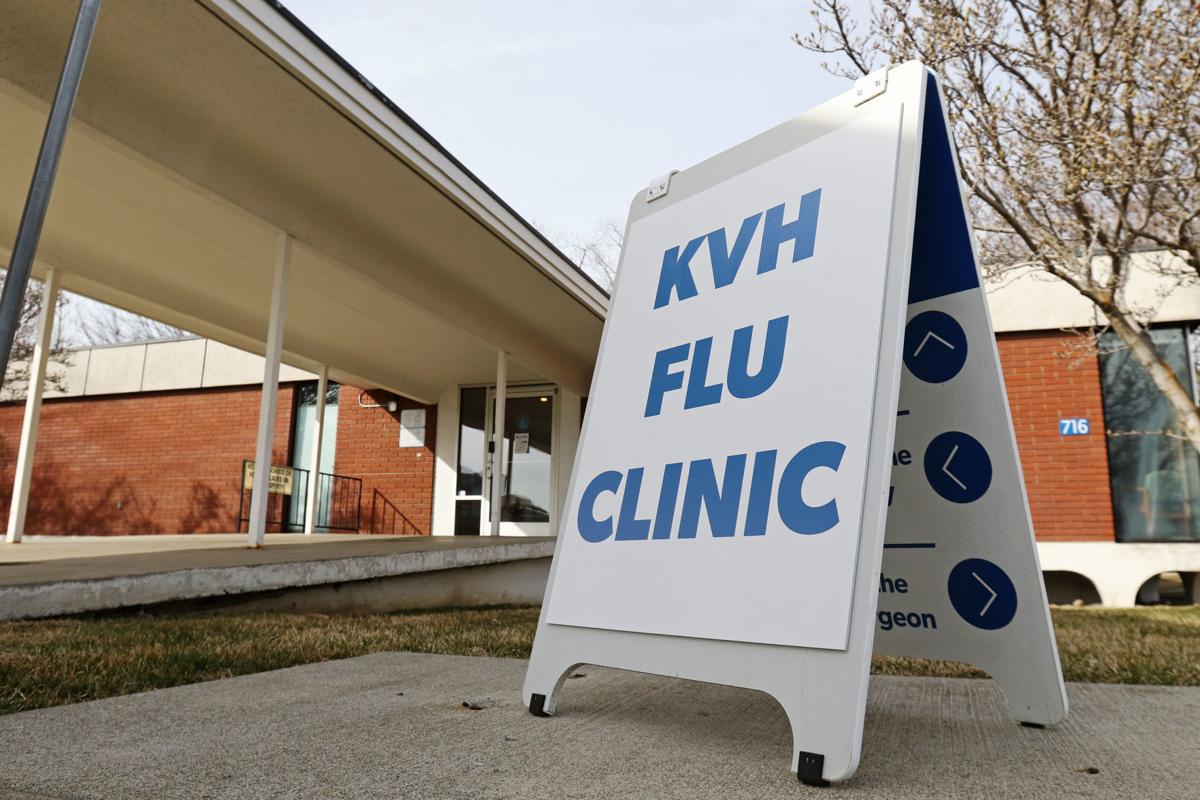 A flu clinic sign is shown Tuesday on the Kittitas Valley Healthcare campus in the former Valley Clinic building. 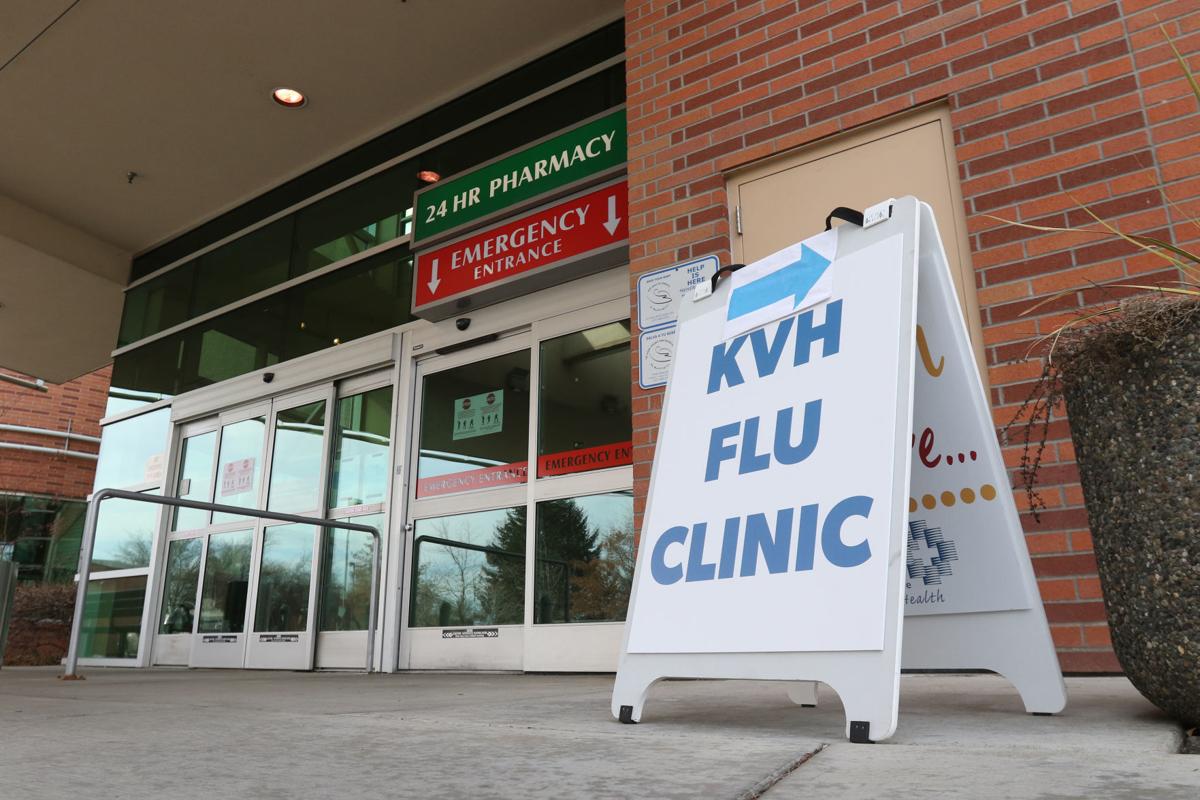 A sign points towards a flu clinic outside the emergency room entrance Tuesday at Kittitas Valley Healthcare.

A flu clinic sign is shown Tuesday on the Kittitas Valley Healthcare campus in the former Valley Clinic building.

A sign points towards a flu clinic outside the emergency room entrance Tuesday at Kittitas Valley Healthcare.

Although there have been no new confirmed cases of COVID-19 within Kittitas County in recent days, the dedicated coronavirus clinic on the Kittitas Valley Healthcare campus remains open.

The clinic, housed in the former Valley Clinic building opened its doors on March 7, and continues to provide resources to educate, screen and test community members who meet criteria. KVH CEO Julie Peterson said the clinic will stay open at least through April 27, and that it is receiving about twice as many calls as they are seeing patients.

“It’s really education and counseling,” she said. “For those folks who meet the criteria, they come into the clinic and meet with a provider. It’s both the phone contacts and the in-person contacts that we’re doing now.”

Peterson said the clinic has seen a total of 215 patients as of Monday and estimated they have fielded approximately 400 phone calls from concerned residents. She said the clinic has proved to be highly beneficial in that it has been able to handle the bulk of testing for the virus within the hospital system.

“We’ve been able to focus on that clinic, which means we’re keeping people out of the emergency department and I think more importantly maybe we’re keeping them out of our busy primary care clinic,” she said. “We don’t want people who think they’ve been exposed or are symptomatic in the waiting room of our family medicine and women’s health clinic. We’ve really done a good job of meeting that objective.”

Those who utilize the services of the clinic have come from beyond the valley. Peterson said over the weekend, the clinic received multiple referrals from clinics and urgent care facilities in both Yakima and Selah due to the lack of testing capacity in those areas.

“We’re seeing a little bit of that,” she said. “Clearly, we serve all patients, but that’s not why we put that service in place. We focus our attention on Kittitas County, Upper County and the Ellensburg area.”

Since the clinic opened, Peterson said 202 patients have been tested for the virus, with results being returned so far for 68 of the tests leaving 134 still pending. For a period of time, she said the turnaround for test results was settling in at approximately three days. Late last week, she said the nationwide volume of tests being received by the lab the hospital utilizes resulted in longer wait times for results. She said the wait time is currently around five to six days.

Peterson explained that the cost of the test set by the lab doing the testing, and that the only fee added by KVH is $30 for processing.

Although the test was originally priced at $230 from the lab the hospital utilizes, Peterson said the price has since dropped to $55, not including the $30 processing fee.

“I think it’s a supply and demand thing,” she said. “Regardless, we serve everyone, and the same sliding fee scale would apply. If you can’t afford the test and need the test, you get the test.”

Although drive-through testing sites are popping up in parts of the state, there are no current plans to utilize that method of testing in Kittitas County. Peterson said KVH is in regular contact with the Kittitas County Public Health Department to monitor the volume of cases within the county.

“I’ve worked with our facilities department here and we’ve let public health know that when testing guidelines change or the volume hits the point where they think we need that sort of resource, we will work on popping it up,” she said. “It’s a volume-driven thing, and we’re going to take our lead from public health, but we’re ready to do that in some form if they indicate that they think it’s time.”

As the clinic keeps its doors open, Peterson said staff will continue to counsel citizens who are concerned about their health in light of the virus. She said the most comforting advice they can offer to those who aren’t symptomatic but are anxious about the virus is that they will continue to operate as long as demand calls for it within the community.

“We talk them through that, and I can’t emphasize enough how we help relieve that anxiety by assuring them that we’ll be there tomorrow,” she said. “I think that we just have a very disciplined community when it comes to who’s getting the test and who’s able to relax and monitor their wellbeing and stay at home.”