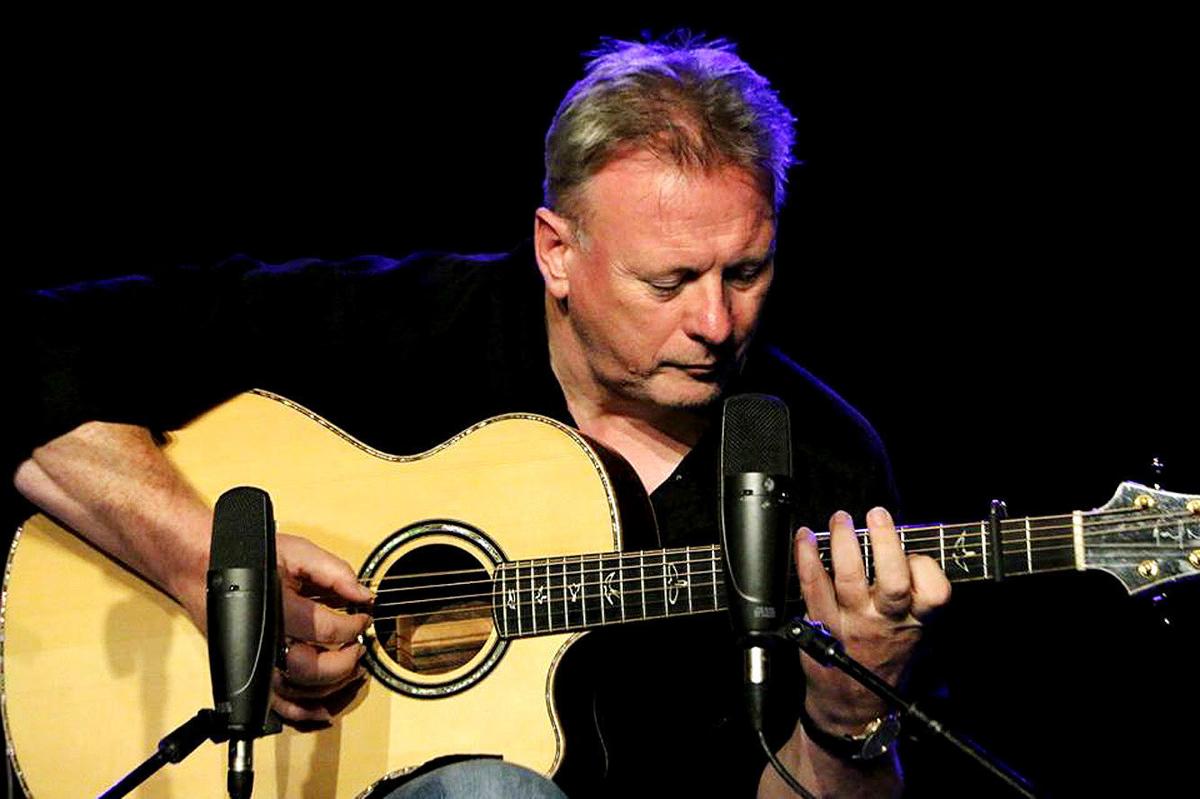 Tony McManus, listed as one of the 50 transcendental guitarists of all time by Guitar Player Magazine, will be playing in concert with violinist Julia Toaspern Dec. 11 at the Morgan Performing Arts Center. 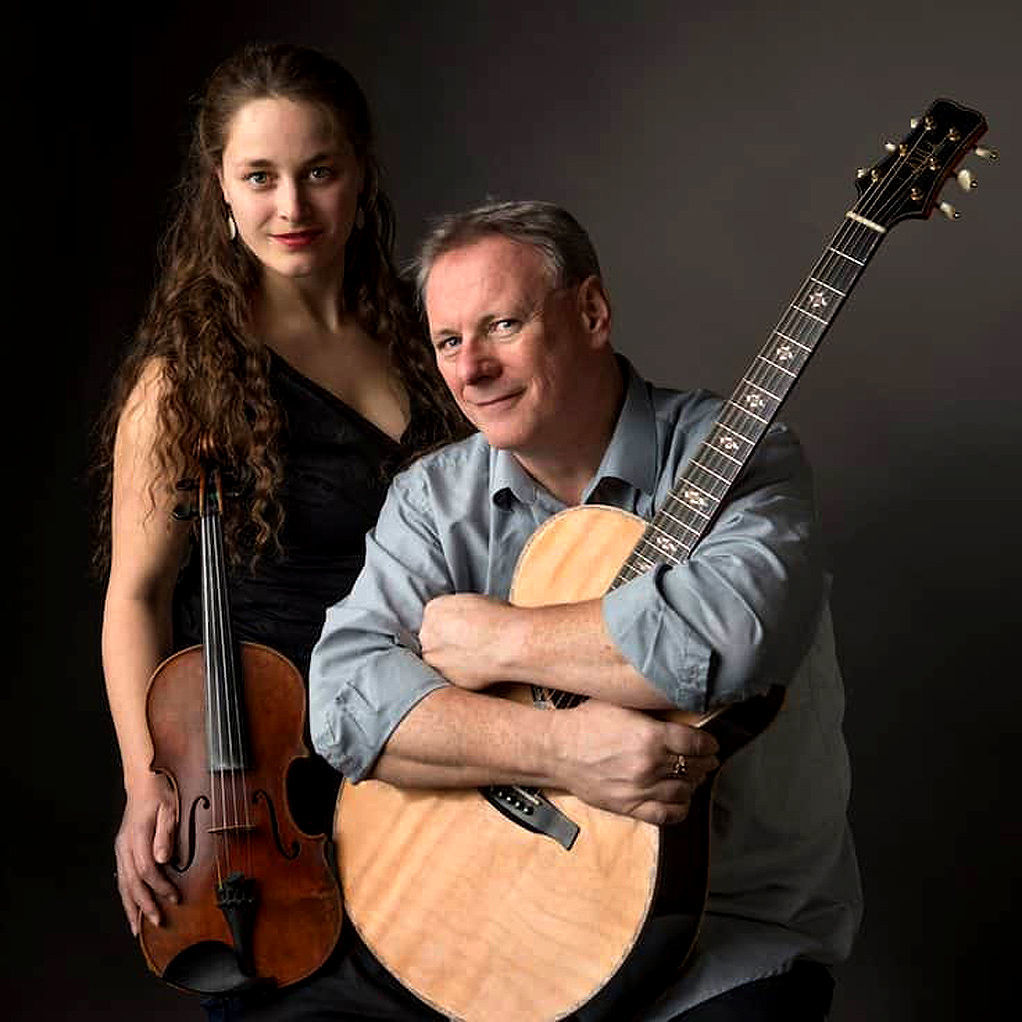 Tony McManus and Julia Toaspern will be playing at the Morgan Performing Arts Center on Dec. 11. Doors open at 6:30 p.m., show starts at 7 p.m.

Tony McManus, listed as one of the 50 transcendental guitarists of all time by Guitar Player Magazine, will be playing in concert with violinist Julia Toaspern Dec. 11 at the Morgan Performing Arts Center.

Tony McManus and Julia Toaspern will be playing at the Morgan Performing Arts Center on Dec. 11. Doors open at 6:30 p.m., show starts at 7 p.m.

Growing up in the west central Lowlands of Scotland near Glasgow, the son of a Scotsman with the legacy of an Irish grandfather, Celtic guitarist Tony McManus was exposed to a wide range of influences.

McManus has been listed as one of the 50 transcendental guitarists of all time by Guitar Player Magazine, blending traditional music and acoustic guitar into an eye-popping approach to an ancient art.

“I find it much more exciting to just play music than to label it,” he said. “Growing up around the house there was always Irish music playing. Celtic (pronounced Keltic) is like traditional music anywhere.

McManus will bring that bit of real life to Ellensburg on Dec. 11 when Learn from the Masters Music Outreach presents an evening with Tony McManus and Julia Toaspern at the Morgan Performing Arts Center. As an added bonus, he’ll conduct a free, two-hour Celtic guitar workshop downtown at the Boogie Man on West Third Avenue, giving a little something back to his self-taught roots.

“I’m really looking forward to coming back to Washington” McManus said in a telephone interview from Ontario. “I’ve been coming to the States for 25 years, but the first place I set foot was Seattle. My first ever gig in America was in Washington state, so it’s always very special to come back. It’s a place I enjoy enormously.”

The night promises original sounds drawing on the traditions from Scotland, Ireland, Brittany, Galicia, Asturias, Cape Breton, Quebec — along arrangements of jazz and east European music. McManus has the ability to bring to life the characteristic of traditional bagpipe or fiddle tunes — even the phrasing of a Gaelic song — onto his own six strings. He’s acknowledged as a pioneering figure in bridging the realms of Celtic music and other guitar genres.

“The guitar is a universal instrument and just about every culture in the world plays it. I think of it like a blank slate,” he said. “You can bring to it whatever you want, but in my case a lot of the ornamentation goes back to fiddlers, flute players and even the bagpipes.

“It’s not even consciously, it’s just the way I play, incorporating what I grew up with. Duane Allman did the same thing, but coming from a different background he grew up with the blues harmonica players the piano players. People been bringing many, many things to the planet guitar.”

Paul Reed Smith Guitars, (PRS Guitars) in Stevensville, Maryland, is renowned for its craftsmanship and highly figured maple tops. In 2011, the company created a McManus signature model guitar, a distinction he shares with jazz guitarist Al Di Meola and rock guitarist Carlos Santana. The model went into development after McManus visited Ricky Skaggs in Nashville, while on tour.

McManus will be joined in his stop in Ellensburg by Julia Toaspern, a multi-talented musician from Berlin. She has released two albums of original songs and performed in both classical and singer-songwriter modes on both sides of the Atlantic

“Julia is going to play some traditional stuff as well as some improv,” McManus said. “She’s classically trained. We’re basically a duo with a with a guitar, a fiddle and two vocals, and whatever else we can bring to the picture.”

What: Tony McManus and Julia Toaspern

Tickets: $12 student & 65-plus; $20 general admission. If available, tickets $5 more at door, available at Jerrol’s or online at LMMO.org