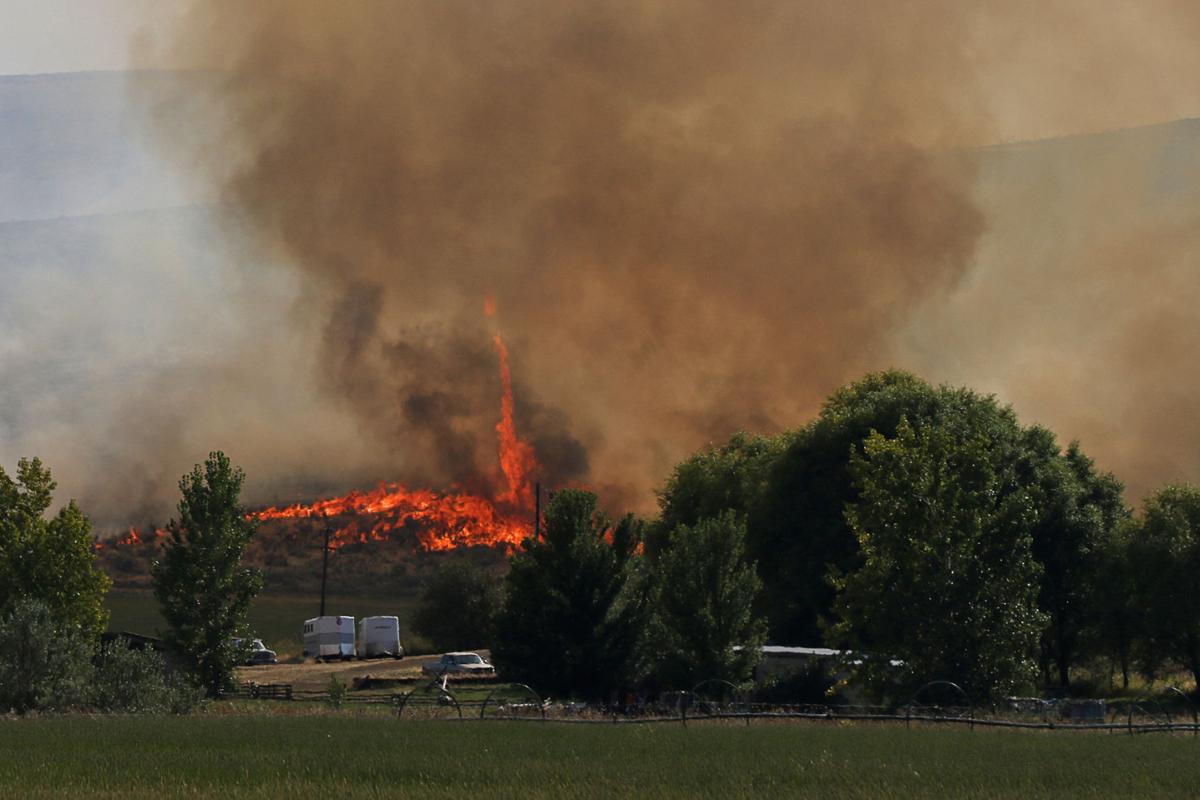 A fire whirl can be seen as fire crews responded to a wildfire last August on Parke Creek Road near Koffman Road. 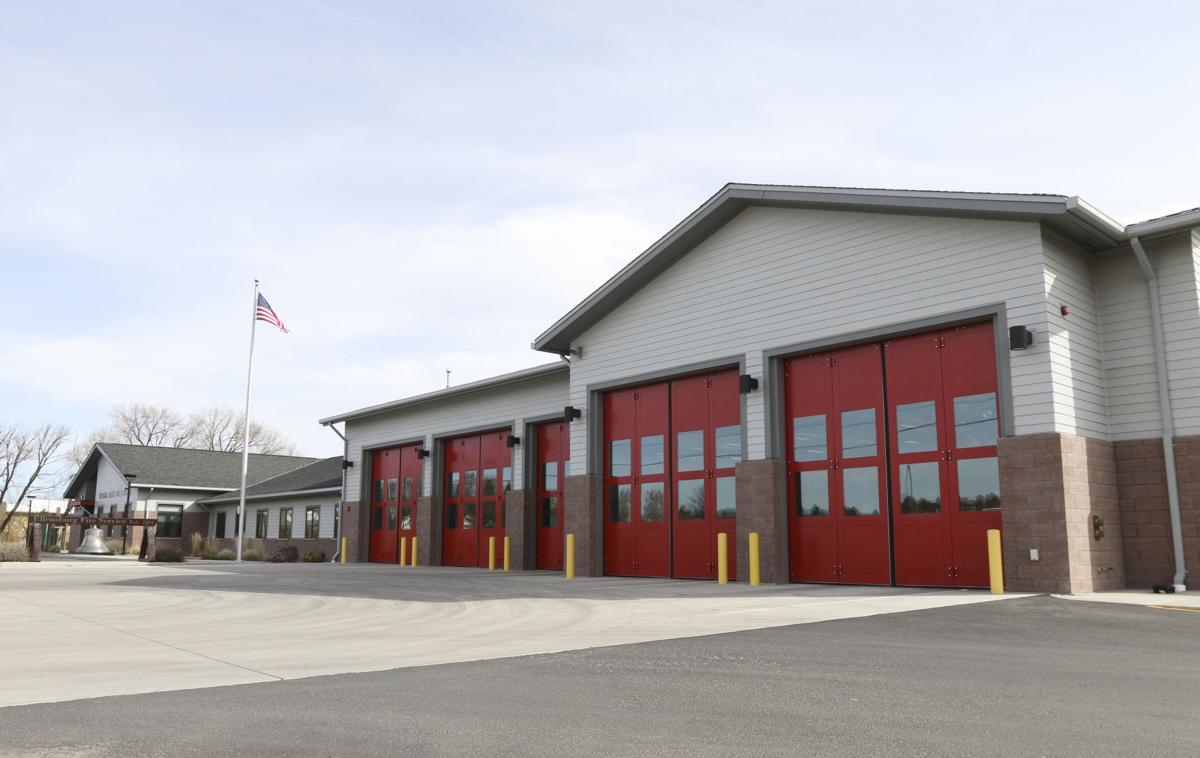 Kittitas Valley Fire and Rescue first responders are preparing for this year’s fire season with a set of protocols that address workplace conditions during the COVID-19 pandemic. 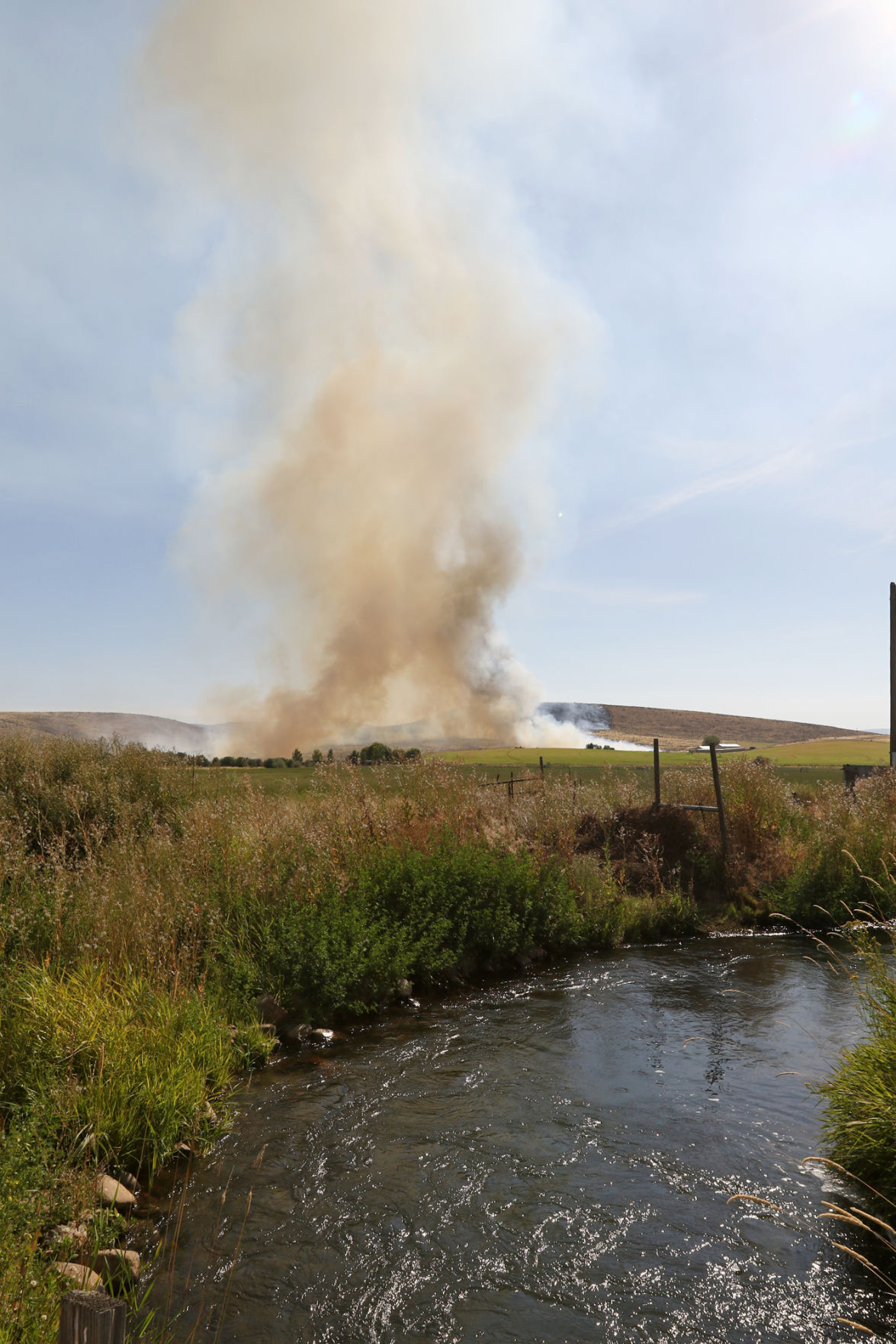 A fire whirl can be seen as fire crews responded to a wildfire last August on Parke Creek Road near Koffman Road.

Kittitas Valley Fire and Rescue first responders are preparing for this year’s fire season with a set of protocols that address workplace conditions during the COVID-19 pandemic.

As hot and dry weather conditions become the summer standard for Kittitas County, residents are all too aware that fire season is here to stay until fall. Despite being in the middle of the COVID-19 pandemic, local first responders say they are up to the task and ready to handle whatever comes their way.

Kittitas Valley Fire and Rescue Chief John Sinclair said his department has worked to develop protocol that addresses various challenges posed to the department amidst the pandemic, while also preparing for the potential of a busy fire season. Sinclair recently held a teleconference with Rep. Kim Schrier to talk about the issues facing the department, where he outlined the protocol implemented by the department regarding COVID-19.

During the teleconference, Sinclair explained to Schrier that the modern fire service addresses responding to all hazards including structural and wildland fires, as well as technical rescue and hazardous material events. He said KVFR also responds to all manners of emergency medical situations, frequently providing medical transports from skilled nursing facilities to Kittitas Valley Healthcare, as well as transfers from KVH to tertiary hospitals outside of the county.

“On any given day, we are going a couple of times to Seattle, Yakima or Wenatchee,” he said. “We are looking at (protocol) from a totality of response.”

Sinclair explained to Schrier that KFVR is what is known as a combination fire department, employing 36 career firefighters as well as approximately 70 volunteer firefighters. With the local spike in COVID-19 cases, Sinclair told Schrier the department has created procedures for firefighters that include checking in, as well as regular temperature checks and health questionnaires.

“Thankfully, we at KVFR have not had anybody test positive for COVID-19,” he said.

When asked about health protocol as it pertains to wildland firefighting, Sinclair explained to Schrier that fighting fires in a mask is simply not possible. Although firefighters put on self-contained breathing apparatus on during structural fires, he said that ability is not feasible to work effectively in a wildfire scenario.

“If it’s 90 degrees outside, you cannot effectively fight fire in a mask,” he said. “We do the social distancing and make sure that our folks are taking care of themselves, but there’s just limitations on our ability to do certain things effectively out there in the wildland environment. We take all the precautions we can to make sure that we’re doing the right thing by our people and following the advice of the medical experts and following the law, but this is a tough set of circumstances that we’re all facing right now.”

If the department begins to experience the effects of community spread of COVID-19, Sinclair said they have multiple contingency plans in place to address the issue. Those plans include providing spaces for isolation and quarantine for firefighters that may not feel safe doing so at home. He said those spaces are in a combination of locations including volunteer fire stations, along with the potential to rent trailers or hotel rooms.

“We have that ability if we need to,” he said.

Along with the isolation and quarantine plans that are in place, Sinclair said the department operates on a staffing model that incorporates a contingency plan which addresses the potential shortage of response power if first responders are unable to work due to contracting the virus. He said options under that plan include enacting overtime for responders that are well, as well as reaching out to other departments in the region to utilize the state’s fire mobilization plan to bring in extra resources.

“We think that we’ve got a sophisticated enough plan that we’re not going to get the disease deeply embedded into the station because we’ve taken precautions about that,” he said. “We’ve put precautions in place, but we also have contingency plans if that happens. We still have an obligation to serve the community.”

Sinclair said the department regularly meets with the county’s Incident Management Team and communicates with Kittitas County Public Health Officer Dr. Mark Larson to ensure all agencies are on the same page. To this point, he said the measures enacted by the department have worked out well.

“We’re continuing to keep our people safe and the community safe,” he said.