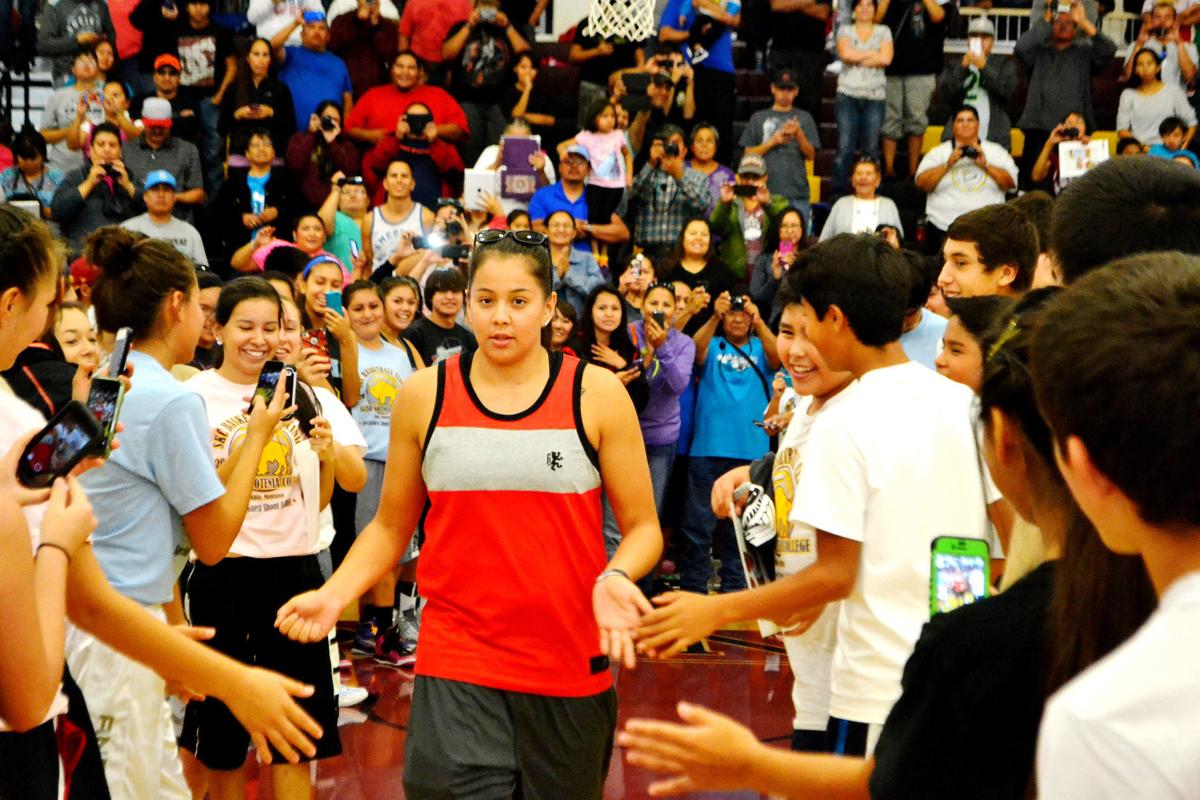 Former WNBA All-Star Shoni Schimmel (Umatilla) makes her way to the podium at a speaking engagement at Kootani-Salish College in Pablo, Mont. Native Americans came all the way from Canada and seven states to hear her speak. 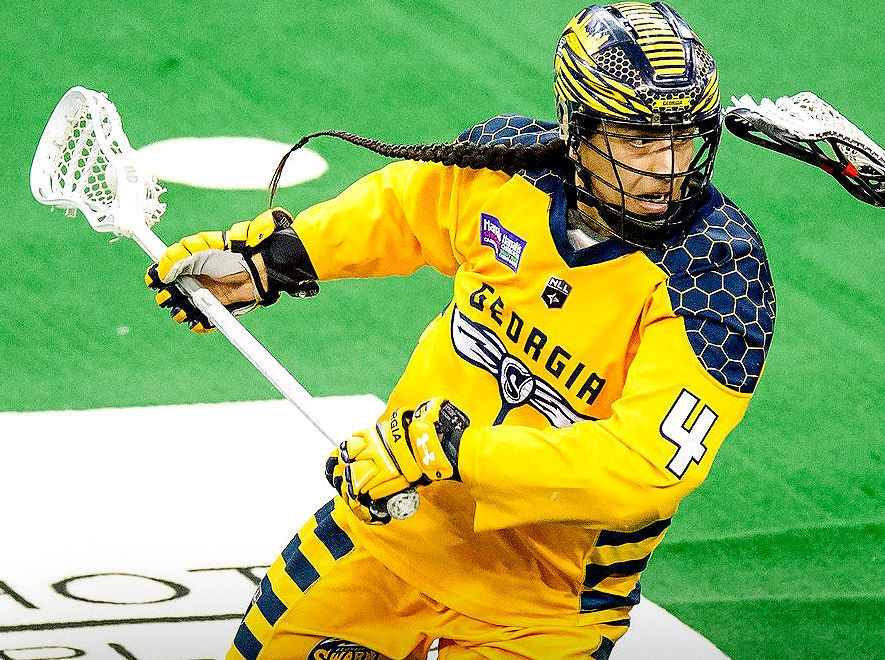 Lyle Thompson of the Onondaga Nation is currently with the the Chesapeake Bayhawks of the Major League Lacrosse and the Georgia Swarm of the National Lacrosse League. He set numerous NCAA lacrosse records while at Albany University. 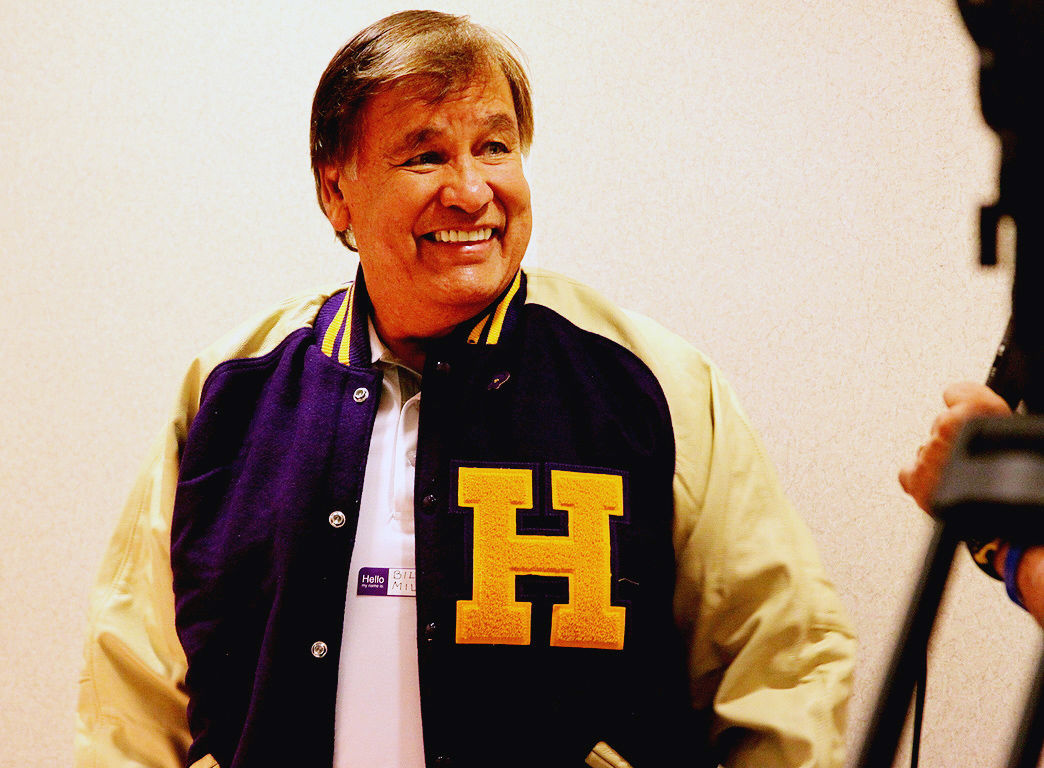 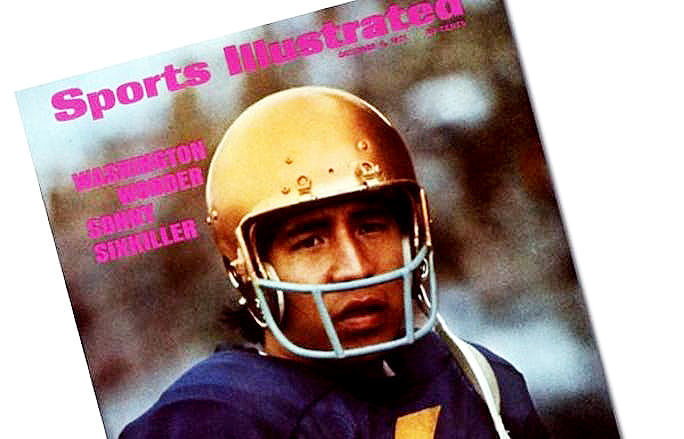 University of Washington star Sonny Sixkiller was featured on the cover of Sports Illustrated. He is still an advocate for Native Americans. 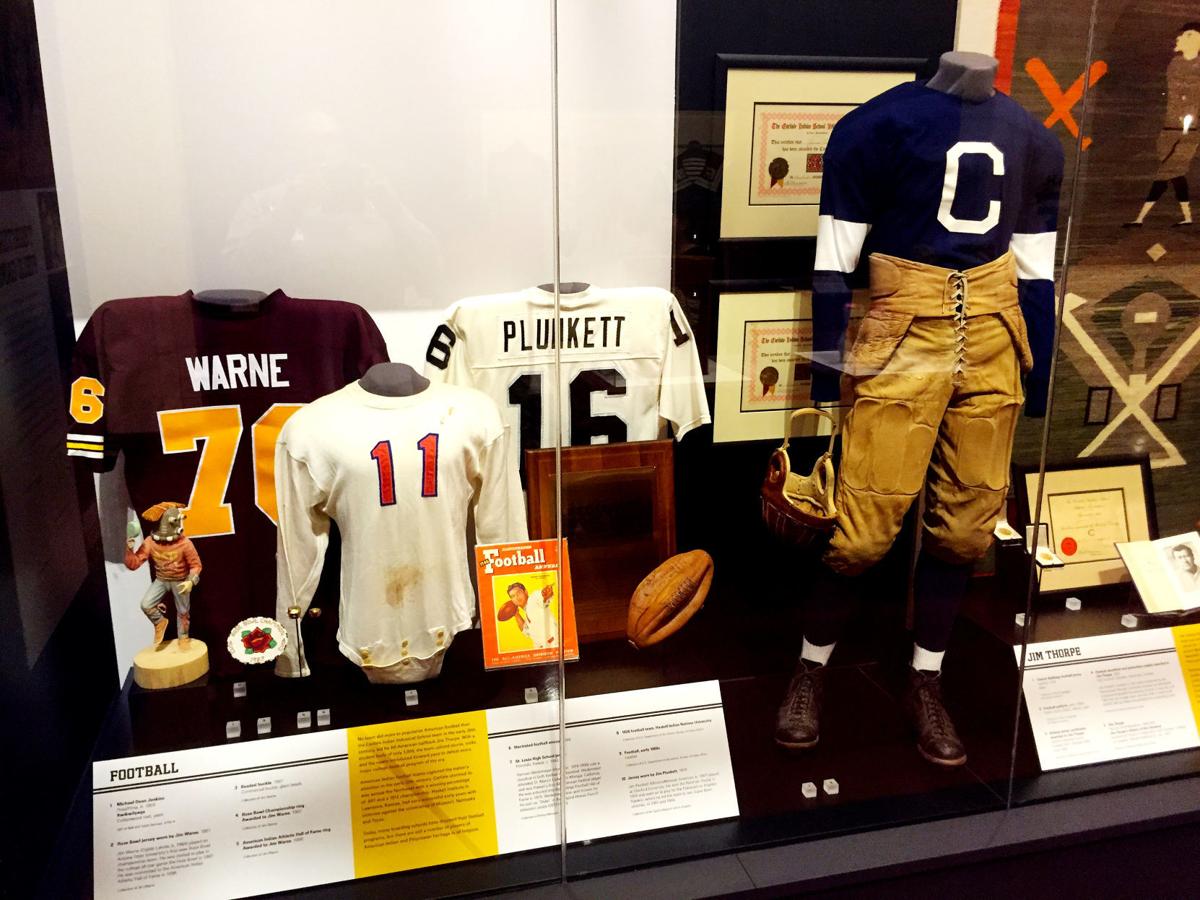 Former WNBA All-Star Shoni Schimmel (Umatilla) makes her way to the podium at a speaking engagement at Kootani-Salish College in Pablo, Mont. Native Americans came all the way from Canada and seven states to hear her speak.

Lyle Thompson of the Onondaga Nation is currently with the the Chesapeake Bayhawks of the Major League Lacrosse and the Georgia Swarm of the National Lacrosse League. He set numerous NCAA lacrosse records while at Albany University.

University of Washington star Sonny Sixkiller was featured on the cover of Sports Illustrated. He is still an advocate for Native Americans.

President Donald Trump sparked outrage when he unveiled his National American History and Founders Month proclamation to coincide with the Native Heritage Month declaration signed by every U.S. president since 1990.

Native Americans say the proclamation diminishes the importance of the time set aside to honor them. Native Americans in prominent roles throughout society continue to speak out and share their stories and experiences.

St. Louis Cardinals reliever Ryan Helsley (Cherokee) said the Tomahawk Chop chant is insulting, and he was disappointed when he heard it during Game 1 of the NL Division Series in Atlanta. Following articles generating national coverage, the Braves organization issued a formal statement in regards to the decades-old complaint.

“We appreciate and take seriously the concerns of Mr. Helsley and have worked to honor and respect the Native American community through the years. Our organization has sought to embrace all people and highlight the many cultures in Braves Country.

“We will continue to evaluate how we activate elements of our brand, as well as the in-game experience, and look forward to a continued dialogue with those in the Native American community once the season comes to an end.”

Helsley is just one voice speaking out on behalf of a demographic of people whose history dates back to before there even was a United States.

Growing up in Tahlequah, Okla., Helsley followed the career of Cherokee pitcher J.R. Sellers, who was initially drafted by the Kansas City Athletics in 1966 and again by Cincinnati in 1967. Family obligations didn’t allow Sellers to pursue a career, but he said seeing Helsley out there is an inspiration to the Cherokee Nation and Native kids everywhere.

“It’s a great influence. I never had a chance to pitch professionally, but I still run into young people that used to watch me play,” said Sellers. “I think (Ryan’s) a big influence for a lot of the Cherokee people and it also teaches the kids how to live every day like they should live.”

A number of Natives reached by telephone were happy to share their thoughts as America moves forward into 2020.

Lakota elder Billy Mills paused for a moment, reflective in thought, almost as if he were asking through silent prayer for guidance to his words.

“I definitely believe Indian kids need Indian role models,” said Mills, who is the only American to win an Olympic gold medal in the 10,000 meters (Tokyo, 1964) and has been an advocate for Native Americans ever since.

“I have been to 108 different countries at this stage in my life, and yet the greatest culture shock I ever experienced was leaving the (Pine Ridge) reservation for the first time to go to Haskell (Indian Nations University). As I look back, I experienced more shock going from Pine Ridge to Lawrence, Kan., than any of the other countries I’ve ever been to.”

University of Washington star Sonny Sixkiller (Cherokee) once appeared on the cover of Sports Illustrated. As a child, his role models were guys like Giants great Juan Marichal and the legendary Roberto Clemente. Well-meaning, but ignorant journalists of the day used to compare his passes to arrows shot from a bow or going on the warpath, so he understands the need for strong, Native role models.

“Every year we host a bunch of kids from the West for the Native Youth and Enrichment Program at Husky Stadium. It’s not like I’m a 30-year-old kid just out of the NFL talking to them. Forty years later, what I have to say is still a big thing to the local Indian communities, and that’s pretty amazing.”

“I think (the Schimmel sisters and Thompson brothers) play an instrumental role in changing the mindset of our younger kids. They’re succeeding in the highest levels of competition. I hope guys like me, the Schimmels and the Thompsons are opening the eyes of young people as to what they can achieve.”

Shoni and Jude Schimmel (Umatilla) were the subject of the basketball documentary “Off the Rez,” which was a major inspiration for girls basketball players. Shoni, who led Louisville to a pair of Elite Eight appearances, was the highest Native American drafted in the WNBA when she was selected eighth overall by the Atlanta Dream. The two-time WNBA All-Star and All-Star Game MVP played with Atlanta, New York and Las Vegas.

Jude also starred at Louisville, where she received her bachelors degree in three years, before embarking on a professional career overseas. The Schimmel sisters grew up on the Umatilla Reservation near Pendleton, Ore., and became Indian Country icons through their speaking engagements. Jude is now an ambassador for Nike’s Native-inspired N7 Brand and lives near Pendleton.

“Our message has always been to follow your dreams,” said Shoni, who has a bachelors degree in communications. “I grew up on the rez. Being Native American is something to be proud of. It was my dream all along to go out there and make it.

“The message has a lot to do with education, but it’s mostly about not letting people tell you you can’t do something. You can make a difference and work for your dreams whether they’re sports or art or whatever it is that you want to do with your life.”

The Thompson brothers — Jeremy, Jerome Jr., Miles and Lyle — have been telling Onondaga kids for years it’s OK to leave the rez, get an education and still be Indian too.

All four made a significant impact at the Federation of International Lacrosse (FIL) World Championship as members of the Iroquois Nationals, which won a bronze medal. Jeremy, Lyle and Miles went on to professional lacrosse careers.

“I give a lot of credit to my parents (Jerome Sr. and Deloris Thompson) and my brothers. Dad used to tell us the most important thing you can give your kids is your time,” said Lyle, who is currently with the the Chesapeake Bayhawks of the Major League Lacrosse and the Georgia Swarm of the National Lacrosse League.

“That’s what I do for my own kids (Godehoag, and Ehwageyosta), because they’re the ones that really keep me on track. Being a good parent is more important to me than anything else I do.”