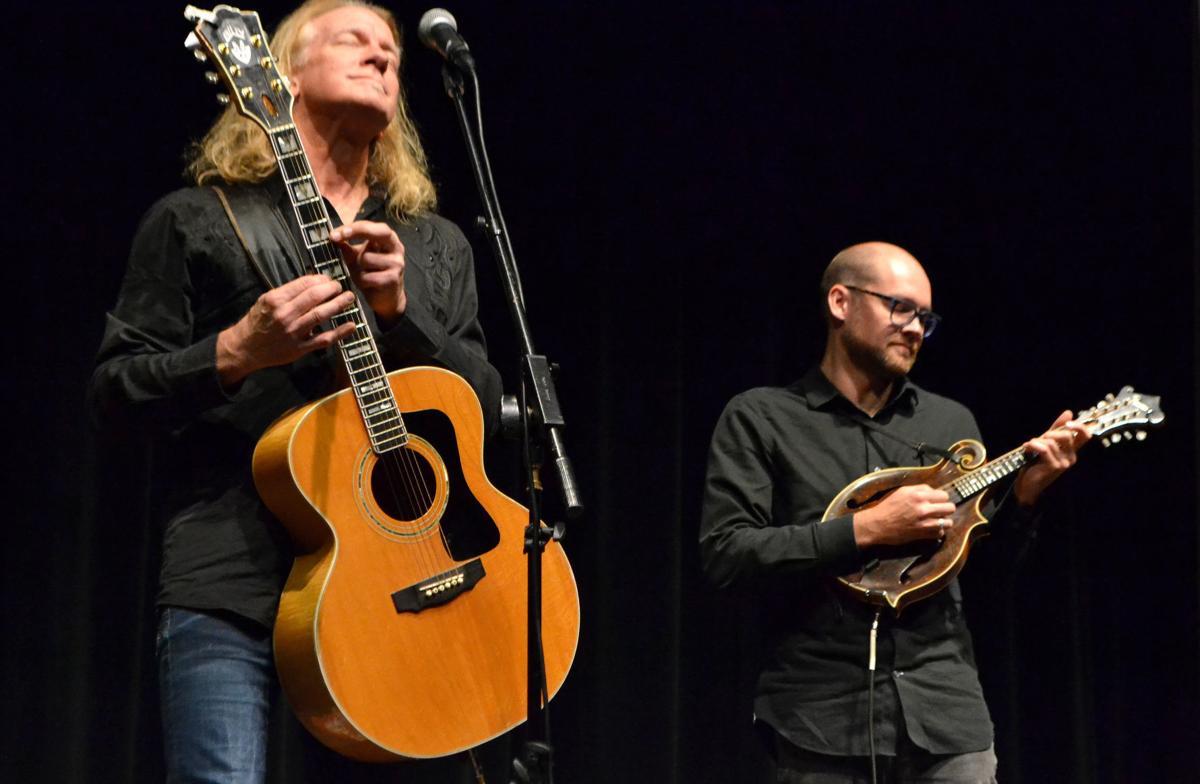 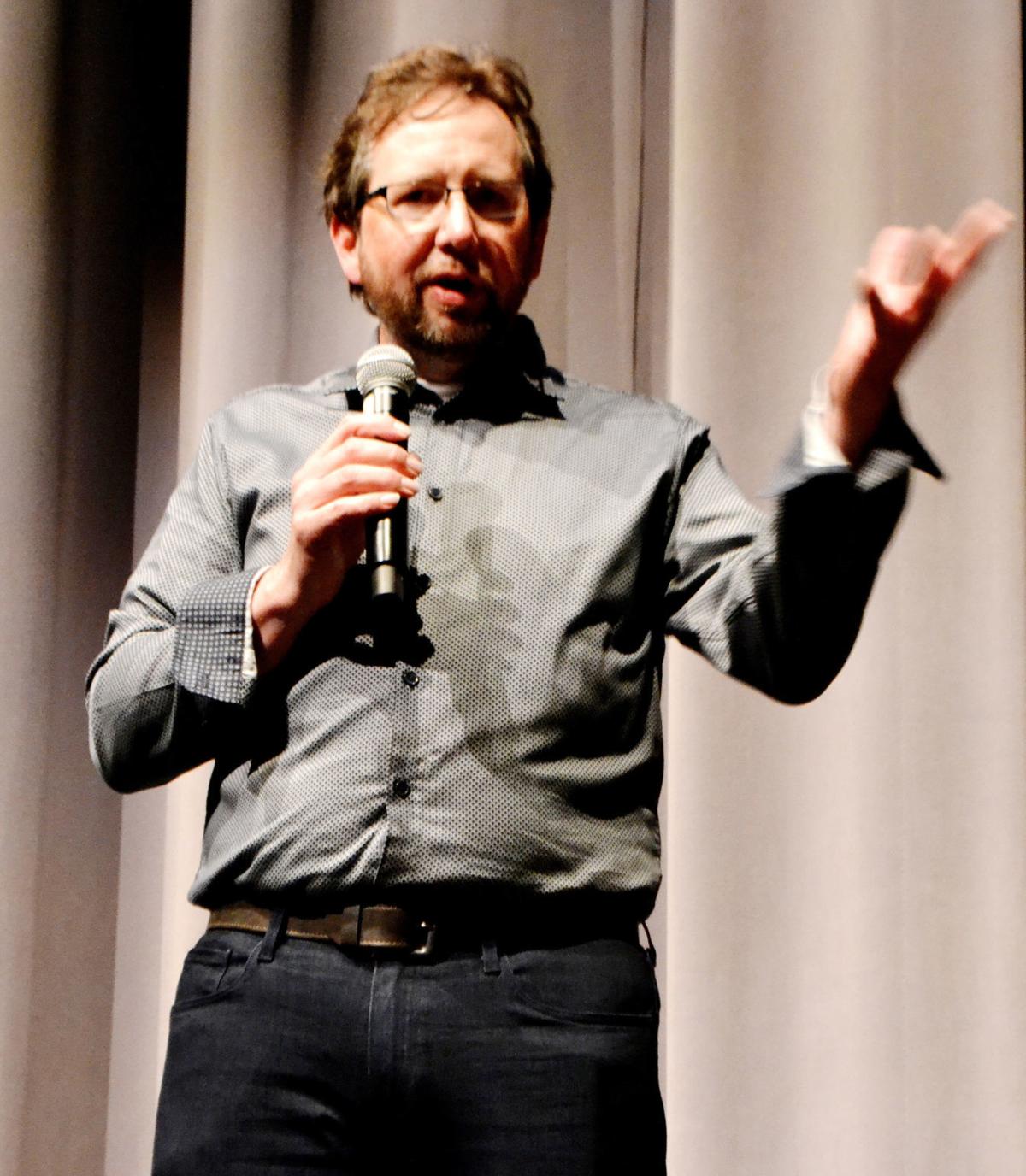 Learn from the Masters Outreach founder Dr. Larry Birger introduces the Macyn Taylor during a performance at the Morgan Performing Arts Center. 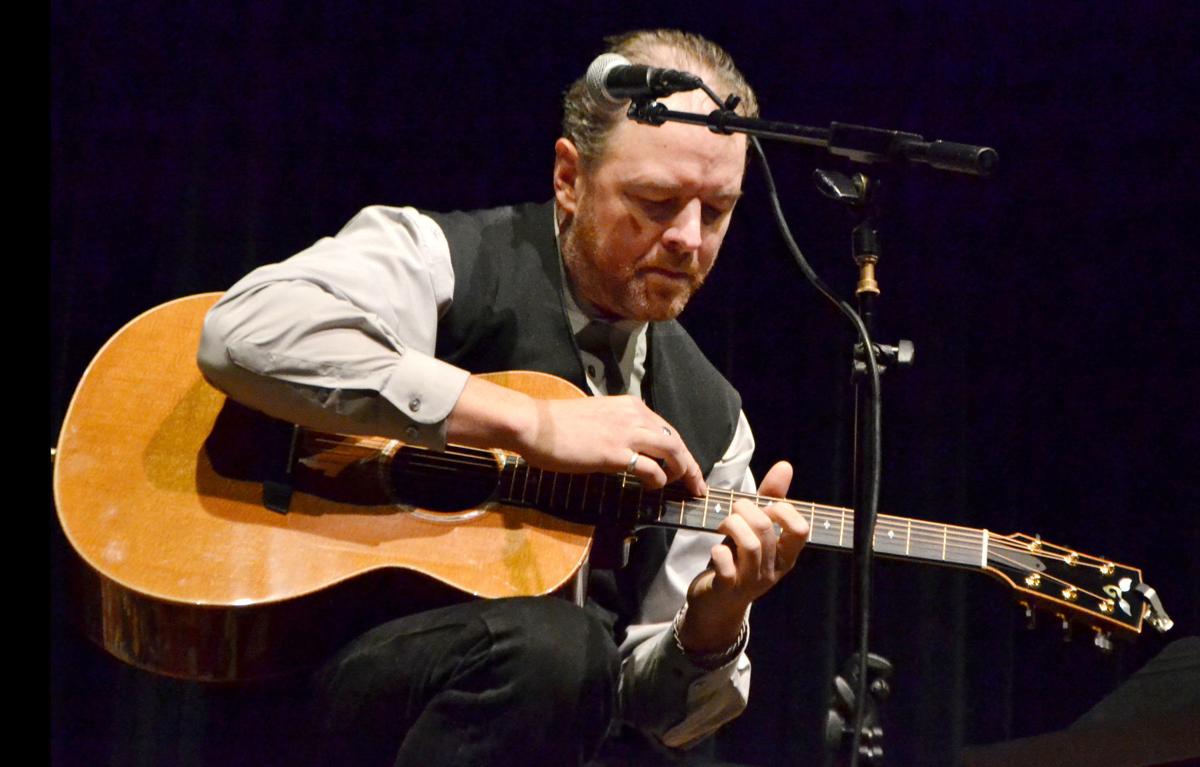 Adam Cord showcases his guitar skills during a show on Saturday at the Morgan Performing Arts Center. 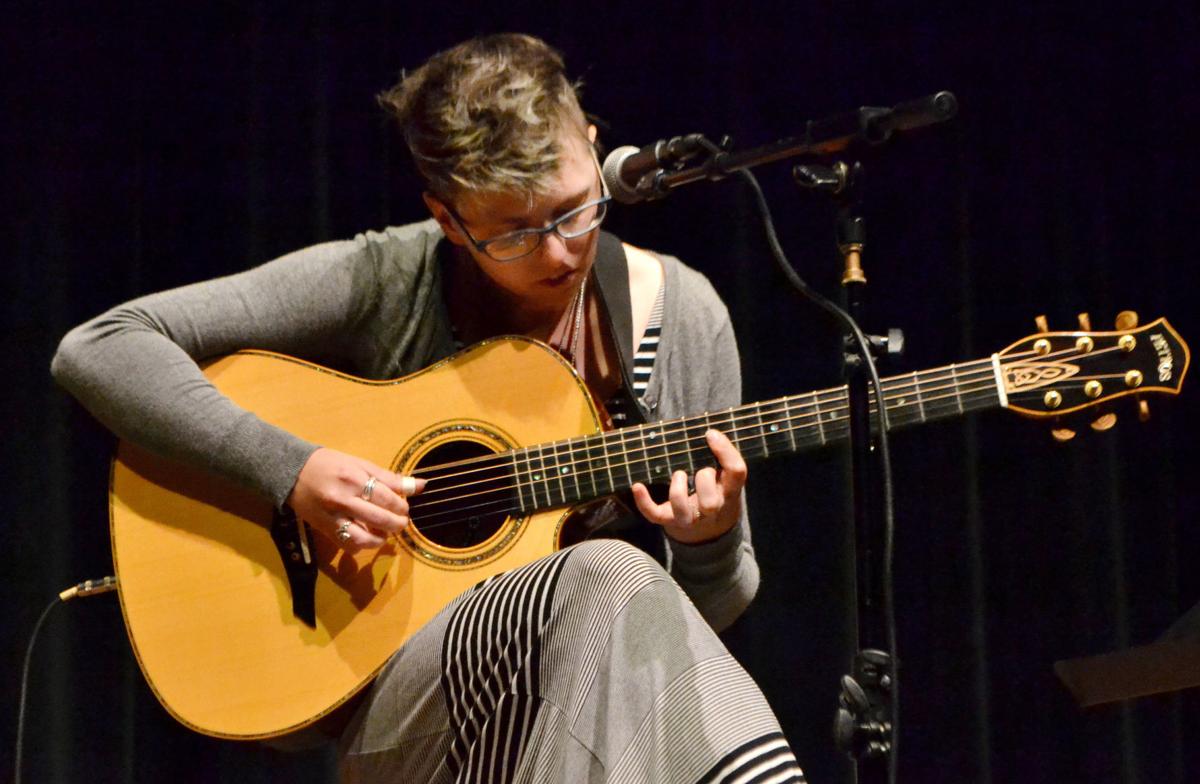 Macyn Taylor is an up and coming star, showing her Ellensburg audience why during Saturday’s show at the Morgan Performing Arts Center. 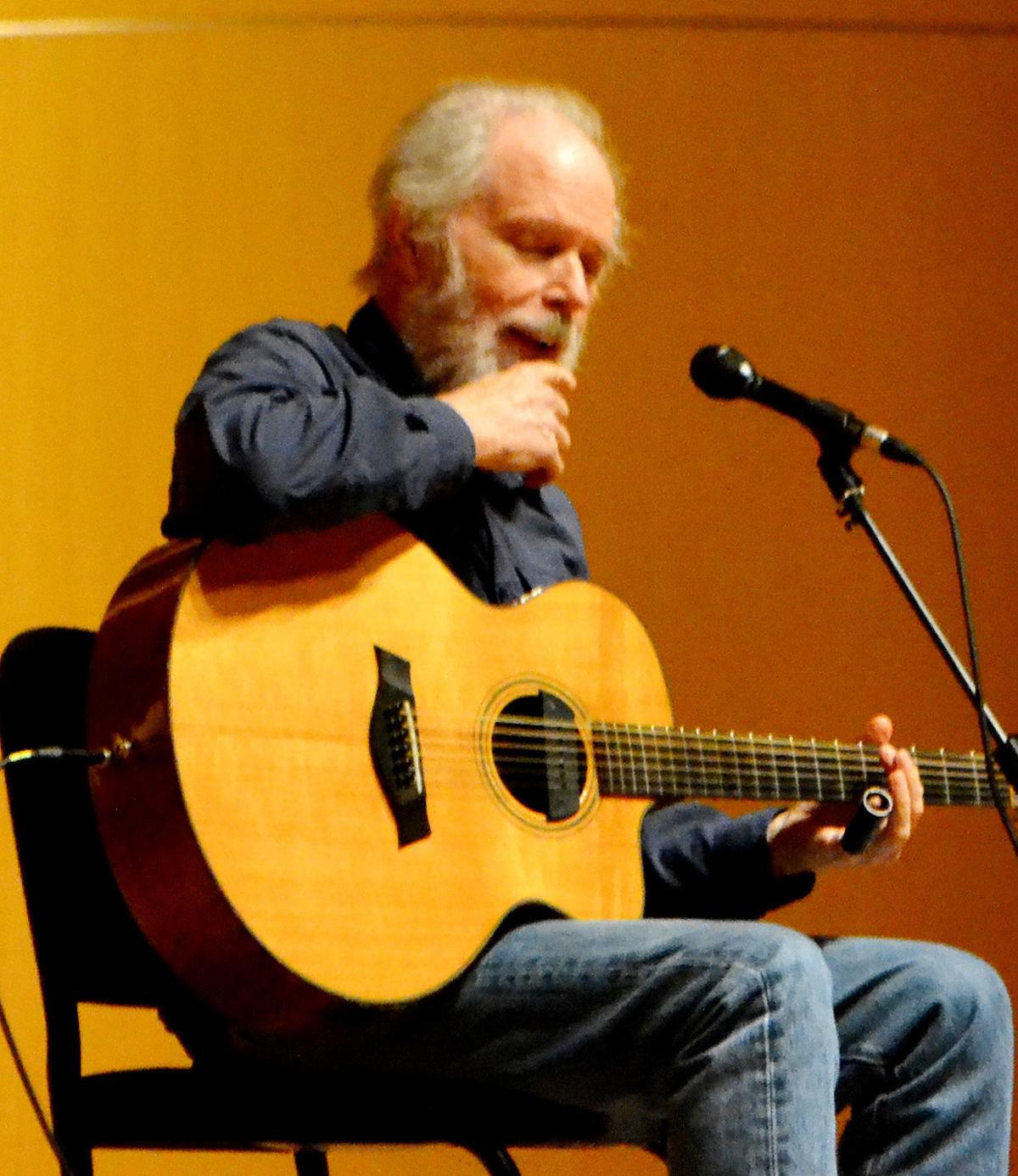 Leo Kottke is an astute storyteller as well as a industry defining guitarist. He did both on Friday at a sold-out concert at Wayne S. Hertz Concert Hall.

Learn from the Masters Outreach founder Dr. Larry Birger introduces the Macyn Taylor during a performance at the Morgan Performing Arts Center.

Adam Cord showcases his guitar skills during a show on Saturday at the Morgan Performing Arts Center.

Macyn Taylor is an up and coming star, showing her Ellensburg audience why during Saturday’s show at the Morgan Performing Arts Center.

Leo Kottke is an astute storyteller as well as a industry defining guitarist. He did both on Friday at a sold-out concert at Wayne S. Hertz Concert Hall.

When Learn from the Masters Music Outreach founder Dr. Larry Birger blew on the dice and gave them a good shake back in February, the idea of putting on a couple of concerts in conjunction with an elite guitar workshop started to formulate, he was banking on the idea that Generation Z would respond to a man that helped redefine the power of the guitar every bit as much as his electric, raise-the-roof, counterparts.

It was a little like swinging a cat by the tail, counting on the idea it was going to land on all fours. But it all fell together.

Throughout his 50-year musical career, Leo Kottke has defied music industry standards, the packaging, musical categories, even challenged the expectations of his audience, marching to the beat of his own drum as a player and song writer. On the flip side, Gen Z grew up with YouTube, MP3 players, electronic devices, well after the launch of MTV in 1981. Interest levels change as fast as updated software.

As it turned out, the weekend didn’t depend on Gen Z or the Millennials. Their Baby Booming folks, turned out in droves and the Guitar Weekend was as slick as Kottke’s “Vaseline Machine Gun” on the 12-string.

The show sold out in 30 days, some three weeks before the concert. Forty-nine participants from 13 different states and foreign country registered for the Music of Leo Kottke Guitar Workshop under the direction of University of Wisconsin-Milwaukee professor John Stropes.

The third part of the weekend, promoted and underwritten by Learn from the Masters Music Outreach, featured international acclaimed Billy McLaughlin, along with rising stars Adam Cord and Macyn Taylor. Both Cord and Taylor have degrees from the UW-Milwaukee Peck School of the Arts, the only university in the world to offer a bachelor of fine arts degree and master music in finger-style guitar.

“There was a certain amount of risk and I had prepared myself mentally in case it didn’t work. But this exceeded all expectations,” Dr. Birger said. “Not so much that it sold out, but because it sold out the second-largest venue in the city (600 seats).

“Jerrols came to me (three weeks ago) and said there was still so much interest would I consider moving it to a larger venue? It’s been a great response, and I’m toying with the idea that I might try and bring him in next year for two shows.”

Learn from the Masters Music Outreach Presents didn’t just throw a triple digit mph fastball for a called third strike with the Kottke concert, hosting the prestigious Music of Leo Kottke Guitar Workshop outside of Milwaukee for the first time in its 12-year history, plus introducing new talent in finger-style guitar, it set the foundation for things to come.

To bring the workshop out west was not an easy task said Stropes, who is a leading authority on finger-style guitar, and director of the world’s only BFA and MM programs in the genre at the University of Wisconsin-Milwaukee

“It’s quite an undertaking to bring the workshop to Ellensburg for the weekend, but we’ve been very well received. We had everything we needed at Central Washington,” Stropes said. “To be able to have the students actually see Leo play during the course of the three days was very valuable.”

The final show in the intimate setting of the Morgan Performing Arts Center was special night of guitar virtuosity, leaving a lasting impression that it doesn’t have to leave your ears ringing to touch your heart and soul. McLaughlin, Cord and Taylor brought it all full circle.

McLaughlin had promised a “Guitar Joyful” experience. Dr. Birger’s roll of the dice came up 7, and the Pacific Northwest spanned the generations in paying tribute of one of greatest finger-style, acoustic guitarists of the 20th Century.