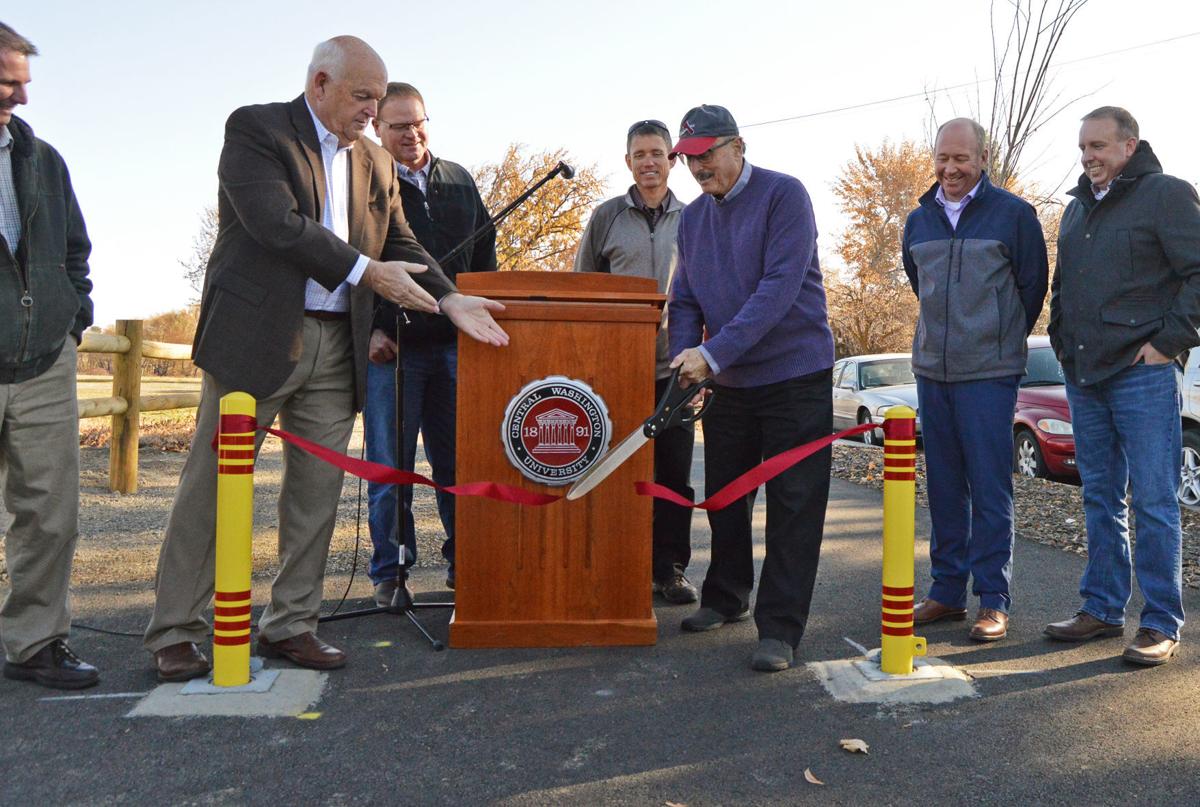 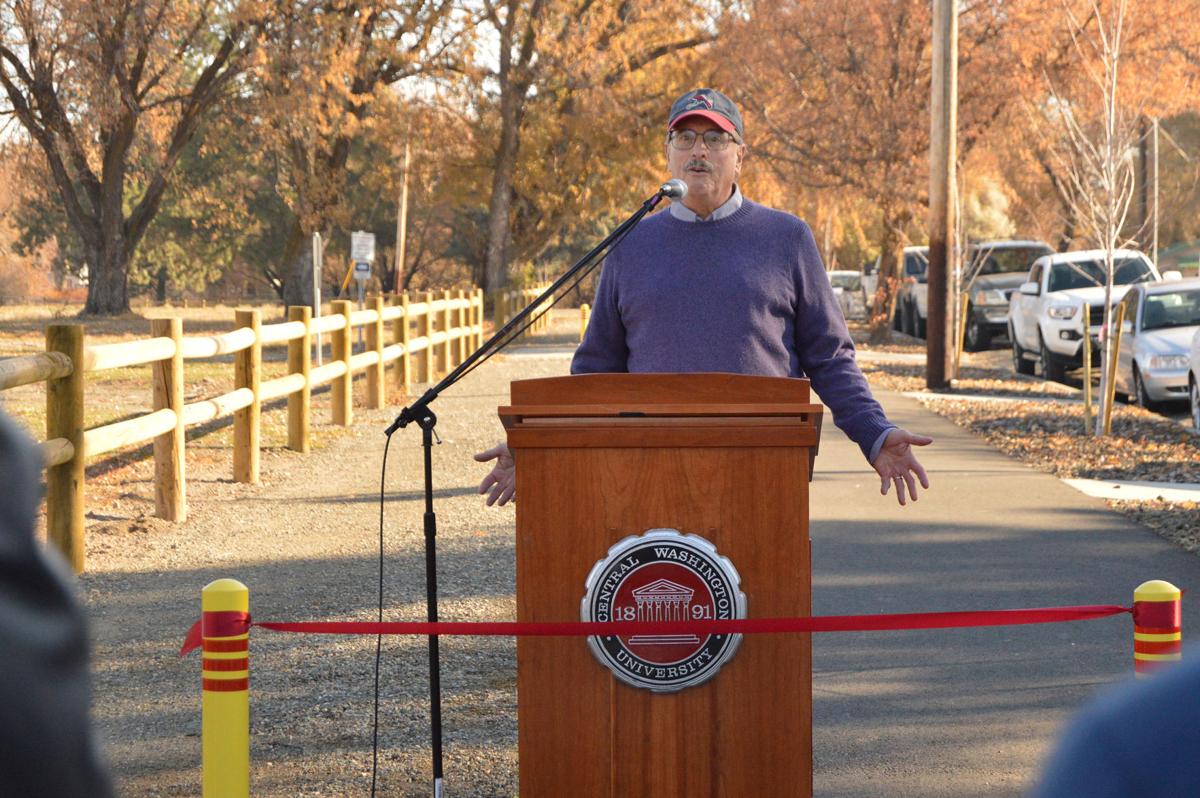 Ellensburg mayor Bruce Tabb speaks about the John Wayne Pioneer Trail during a red ribbon cutting ceremony for an extension to the trail Tuesday morning at Central Washington University.

Ellensburg mayor Bruce Tabb speaks about the John Wayne Pioneer Trail during a red ribbon cutting ceremony for an extension to the trail Tuesday morning at Central Washington University.

A new pathway for recreation enthusiasts is beginning to take shape on the Central Washington University Campus.

University and city staff were on hand Tuesday to celebrate a ribbon cutting for a half-mile segment of the Palouse to Cascades Trail reconnection route. The newly opened stretch of trail is situated on land donated by the university and comprises part of the 4.5-mile portion of the trail that runs through Ellensburg. The trail, formerly called the John Wayne Pioneer Trail, stretches over 200 miles from the West Side to the Idaho Border.

According to a press release, the new segment of the trail came as a result of a partnership with CWU and grant funding from the Federal Highway Administration’s Transportation Alternatives Program. The trail segment cost approximately $340,000 and consists of eight feet of pavement, eight feet of gravel and a 10-foot vegetative buffer of rocks and trees.

Ellensburg Mayor Bruce Tabb was on hand to celebrate the cutting and talked about how they tried to celebrate the opening a month prior, but poor weather kept the event from going forward. Despite the delay, he said he was happy to see people turn out for the revised celebration.

“This is really a neat project,” he said. “The whole trail complex that we’re beginning to build through the city, around the city and through campus is just a critical piece from our perspective to knitting the community and campus together.”

Tabb said the partnership that facilitated the newly opened trail segment sets an example for how different entities can work together to get things done locally.

“It’s a really cool thing when we can come together in that way,” he said.

Tabb said connectivity through path systems is a key element of the city’s parks plan, which he said was built with input from residents including CWU students and faculty.

“It was also built with community voices in a way that establishes those priorities,” he said. “The walkability of this community is incredibly important. The connectivity, the ability to get on a bike and get through paths not in the middle of traffic has been a priority for this community I think for years.”

Tabb said the cost of building the new trail was money well-spent, and that the usage patterns demonstrate the need for such a system to exist. A pedestrian counter was installed on the trail near Helena Street, and Tabb said approximately 133,000 pedestrians used the segment in a 12-month period.

“If you don’t think that pedestrian mobility and bike mobility is a critical piece, it’s 133,000 trips in one section of this trail over one year,” he said. “That’s pretty significant in a community of 20,000 people.”

With just over a mile of the 4.5-mile reconnection plan complete, Tabb said the city is now working on planning the next segment and writing grant applications for the project.

“The commitment from the city is to continue to apply for resources to continue to work with the university so that we can see this connectivity through our community,” he said.