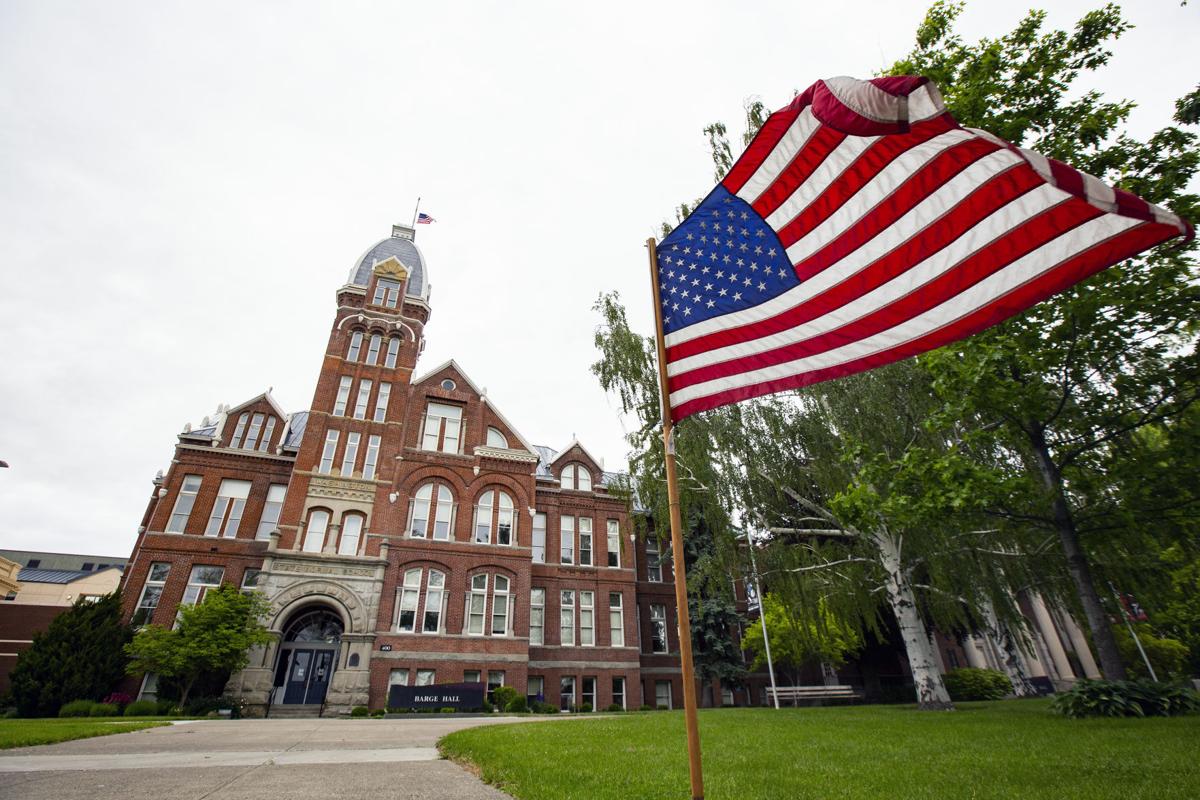 Central Washington University will welcome students back in the fall but it will be a different campus experience under COVID-19 restrictions. 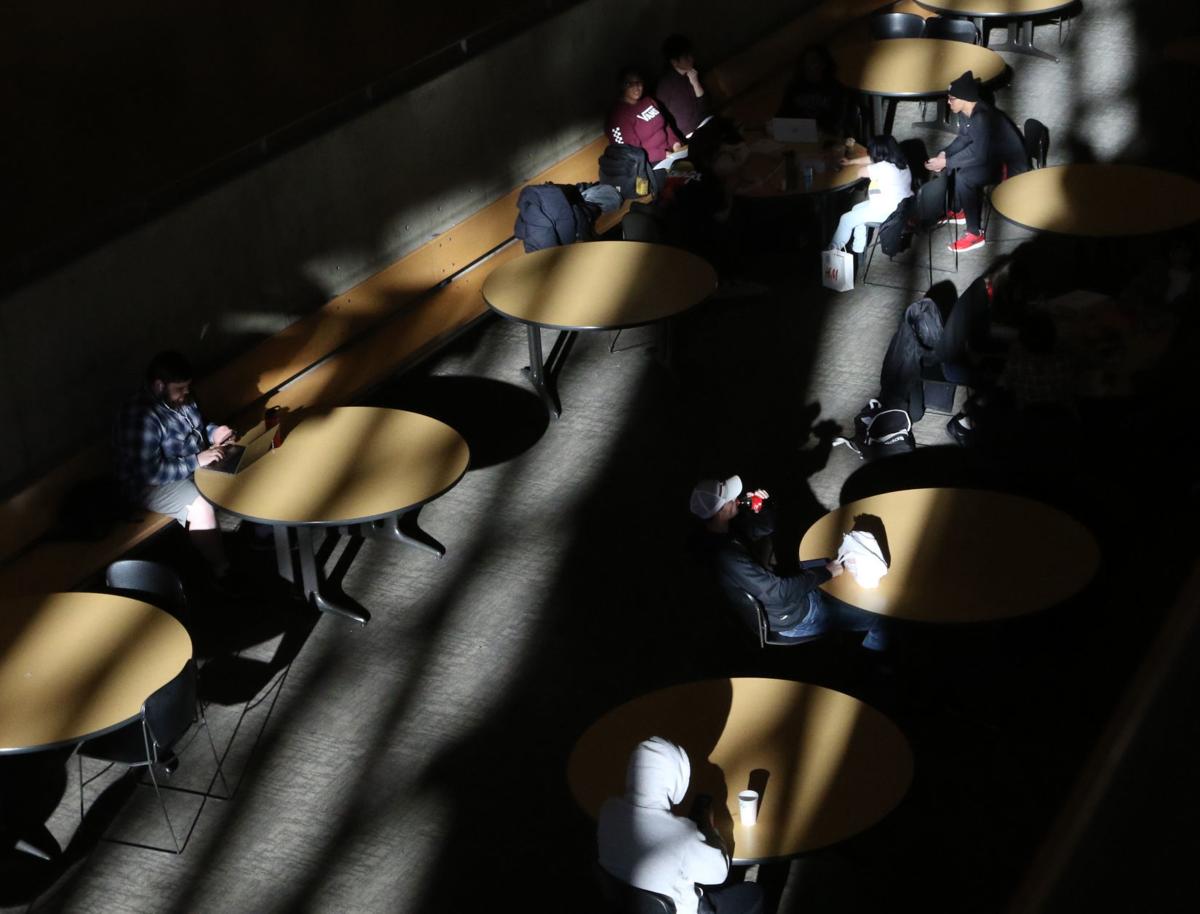 Central Washington University will welcome students back in the fall but it will be a different campus experience under COVID-19 restrictions.

Central Washington University’s plan for returning in the fall is a fluid one, but President Jim Gaudino gave the board of trustees some updates at a special meeting on Monday morning.

Gaudino had previously announced the university was going to a hybrid model of curriculum, with some classes online, some in person and some a mixture between the two modalities. The fall quarter will start earlier in September than usual, and will end right before Thanksgiving to avoid students going home and returning to campus.

Gaudino said plans were vetted by groups of experts in different segments of the university community and public health. Those were eventually narrowed down to three plans: a completely normal campus, a hybrid campus and a closed campus, similar to the most recent spring term.

“I wouldn’t call it a final plan by any stretch,” Gaudino said. “We still have July and August to go through. As we’ve seen in the last month, COVID is a very real threat, and one that is not following linear projections.”

Since higher education seemed like it wasn’t on the state’s list of priorities to develop reopening plans for, Gaudino said the state’s six public universities solicited the support of former Gov. Christine Gregoire and hired Boston Consulting Group which helped develop a thorough reopening plan. Gaudino said that was presented to the state government which largely informed Gov. Jay Inslee’s proclamation last week.

“Now it’s kind of a ‘watch and mature,’” Gaudino said.

The two issues Gaudino said public universities are still unsure of are testing and contact tracing. CWU will do some kinds of testing in the fall like temperature monitoring, but won’t have access to sufficient numbers of COVID-19 tests to administer to students on a regular basis.

As for contact tracing, Gaudino said it will be easy to do within the academic arena, but beyond that will be difficult.

“We’ll know if a student is in a class, if they test positive we will know who is in that class,” he said. “We’re still looking for ways of contact tracing that meets individual privacy rights and our technological capabilities. All six of the universities are still struggling with those two points.”

Before the pandemic, Gaudino said the university was projecting a slight dip in enrollment due to a larger than usual graduating class. CWU vice president of enrollment management Josh Hibbard said when looking at year-to-year comparisons, enrollment is down 6%, and transfer students are down 12%.

“We’re doing everything we can to bring in a strong class and it looks like it’s going to be a strong class,” Hibbard said, “but our transfer students have been dropping each year and that’s in line with the overall community college enrollment.”

According to interim provost Lynn Franken, last fall CWU residents housed about 4,000 students, and right now it looks like around 2,500 will be staying on campus this fall.

“It’s not good for our revenue but it’s good for health and safety,” she said.

Gaudino said all double occupancy rooms meet Centers for Disease Control guidelines with features like beds being six feet apart, but the administration’s concerns lie more in common use areas and restrooms in particular.

“We have processes in place to limit the number people can go into the restroom areas,” he said. “The reduction in occupancy is a great relief to me. The more students we put in there, the more difficult it would be to control their behaviors and keep them physically separate.”

While trustees raised concerns about students contracting and spreading COVID-19 from parties off campus, Gaudino admitted there is little the university can do legally to prevent such a scenario.

Besides parties, students will also be working at bars, restaurants and shopping locally, none of which is realistic or legal to prevent students from doing.

New provost Michelle DenBeste said all students, faculty and staff will be required to wear face masks while on campus, and that public affairs is working on messaging to promote safe behavior on and off campus.

“My next plan is to work with deans and student groups on creating clever on-campus activities,” DenBeste said. “Have things going on on campus so there’s less incentive. Students are still students, so that’s the piece we have the least control over and are probably the most worried about.”

Franken also included that everyone will be required to sign an attestation when they come to campus, or maybe even before they get there.

“That will say they have been informed about the COVID mitigation and agree to abide by that mitigation,” Franken said. “That’s as close as we’re coming to an honor code.”

Many classrooms on campus are being retrofitted to accommodate for more space in between students and teachers. Traffic plans are being laid out for elevators and stairways and ventilation is being cranked up to increase airflow as much as possible. Besides smaller than usual class sizes, students will enter and exit classes single file.

Gaudino said with the current national climate, he expects students to be actively using their right to organize and demonstrate. Trustee Gladys Gillis suggested it may be worthwhile to document the students who choose to gather without personal protective equipment to prevent students potentially coming down with COVID-19 and potentially making the university liable.

Gaudino said collecting names in that kind of environment wouldn’t be appropriate, and could be misinterpreted as an attempt to control demonstrations rather than make them safe.

“I applaud the student demonstrations and activities, but I worry about them,” Gaudino said.

“Even after that endorsement of the plan, moving forward our heads need to be on a swivel,” Gaudino said. “It’s a very fluid situation we’re going to be facing.”