Members of the Ellensburg Rodeo Committee show their support of the new LED lighting system at the Kittitas Valley Event Center with a little social distancing of their own. 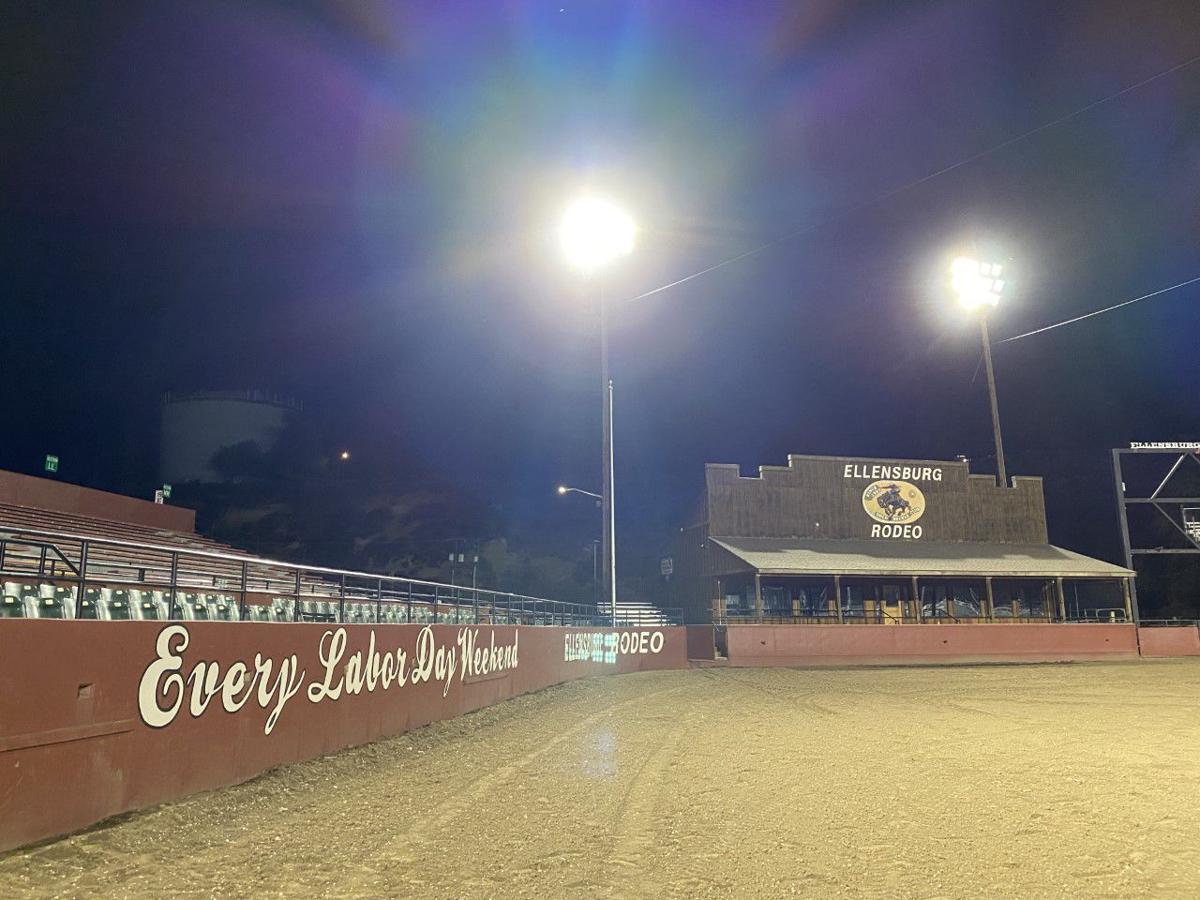 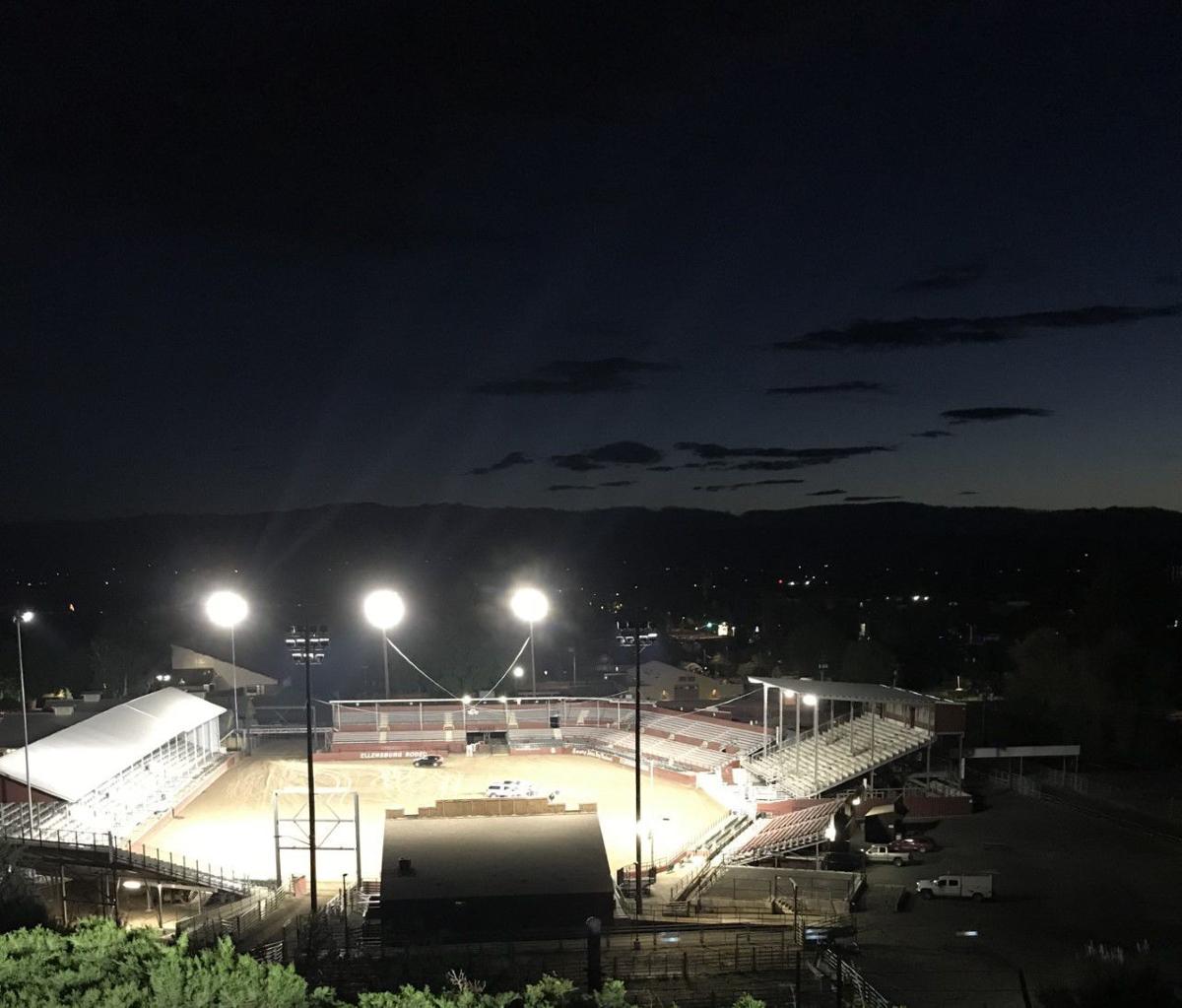 The new LED lighting system at the Kittitas Valley Event Center will upgrade lighting in the arena without lighting up the neighborhood. 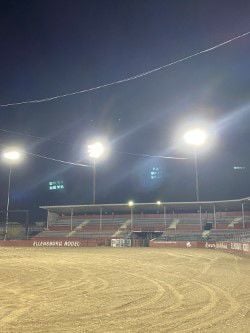 The new upgraded LED lighting system at the Kittitas Valley Event Center will allow the 2020 Ellensburg Rodeo to be featured on the Cowboy Channel.

Members of the Ellensburg Rodeo Committee show their support of the new LED lighting system at the Kittitas Valley Event Center with a little social distancing of their own.

The new LED lighting system at the Kittitas Valley Event Center will upgrade lighting in the arena without lighting up the neighborhood.

The new upgraded LED lighting system at the Kittitas Valley Event Center will allow the 2020 Ellensburg Rodeo to be featured on the Cowboy Channel.

The Ellensburg Rodeo Committee is probably working harder during the pandemic, with each director formulating a social distancing battle plan, than they do putting on one of the most decorated rodeos in the county.

That duck floating effortlessly across the pond is still paddling like hell underneath with all the behind-the-scenes, but the board did showcase the new LED arena lighting this week at the Kittitas Valley Event Center.

New arena lighting has been a long time coming and nobody seems to know just exactly when the old-fashioned incandescent lighting went in. But it’s gone now, giving way to a more efficient system that will give rodeo fans a better experience and significantly lower the energy bill.

“I’ve been working with the county for six years, ever since I’ve been in charge of the rodeo grounds, to get the lights upgraded,” said Dan Morgan, grounds and facilities director. “A lot of the old lights would go out during the performance and there were dead spots.

“The new lighting will be directional enough to take care of all of that without lighting up the whole town. It’s going to be so much better and way more energy efficient.”

Lighting studies showed that the LED bulbs use 75 percent less energy and that 11 to 12 watts will create the same light output comparable to a 50-watt incandescent bulb.

“We were always having issues with the old lighting with breakers busting and different things like that,” Event Center Director Kady Porterfield said. “The energy bill was huge to run the old lights. So, this project was worthwhile and a win-win for everybody.”

The project totaled an estimated $236,000, but the county received a $90,000 grant through the Washington State Department of Agriculture to help with expenses.

“We also have a rebate coming on, but we don’t know how much we will qualify for yet,” Porterfield said. “Because we’re installing LED, there’s another rebate available, which will pay for a little bit more. But this definitely going to pay for itself in a short amount of time because of what we’ll save on the energy bill.”

If better lights for less money weren’t enough, the lighting improvements enables the rodeo to be televised on the Cowboy Channel, a cable television network in over 42 million cable and satellite homes.

“The board has contracted with the Cowboy Channel for this year’s rodeo, which will televise our rodeo across the country,” said Jeff Leichleiter, public relations. “This new lighting makes that possible and we believe is huge for Ellensburg and the rodeo.”

Morgan agreed. “The TV cameras have very specific needs that they want in place before they’ll come. So, we went through all the lighting studies to make sure we were getting what was needed to have the TV coverage,” he said. “The still photographers also had issues, so it should be a better situation.

“Right now, we’re proceeding as if we were going to have a rodeo in September and this project was a big improvement.”