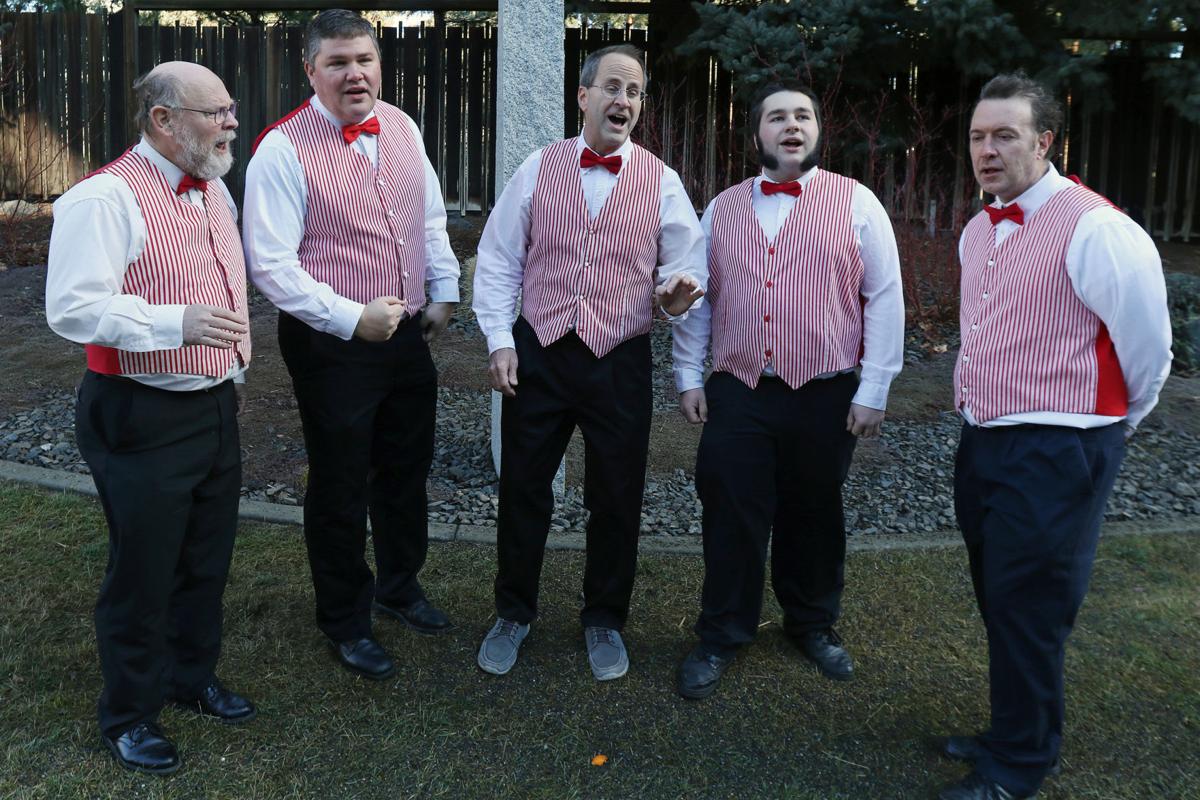 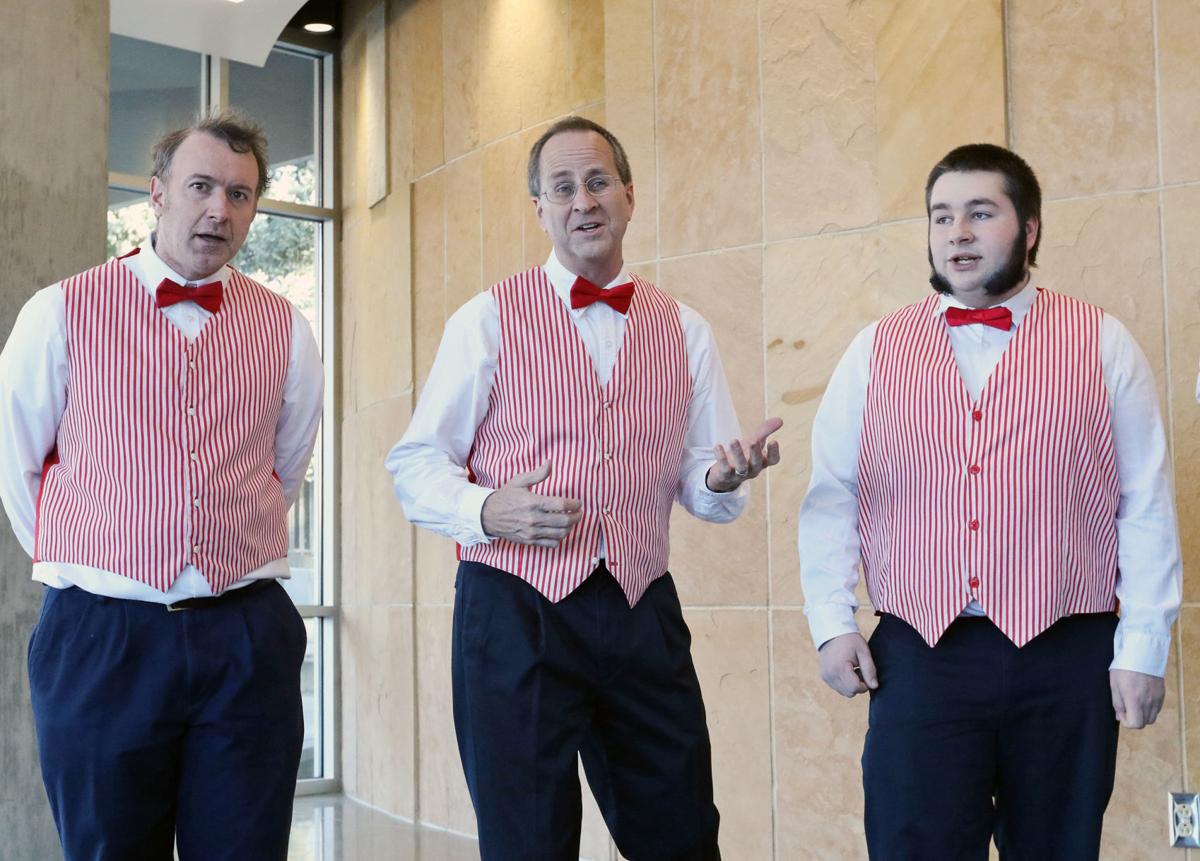 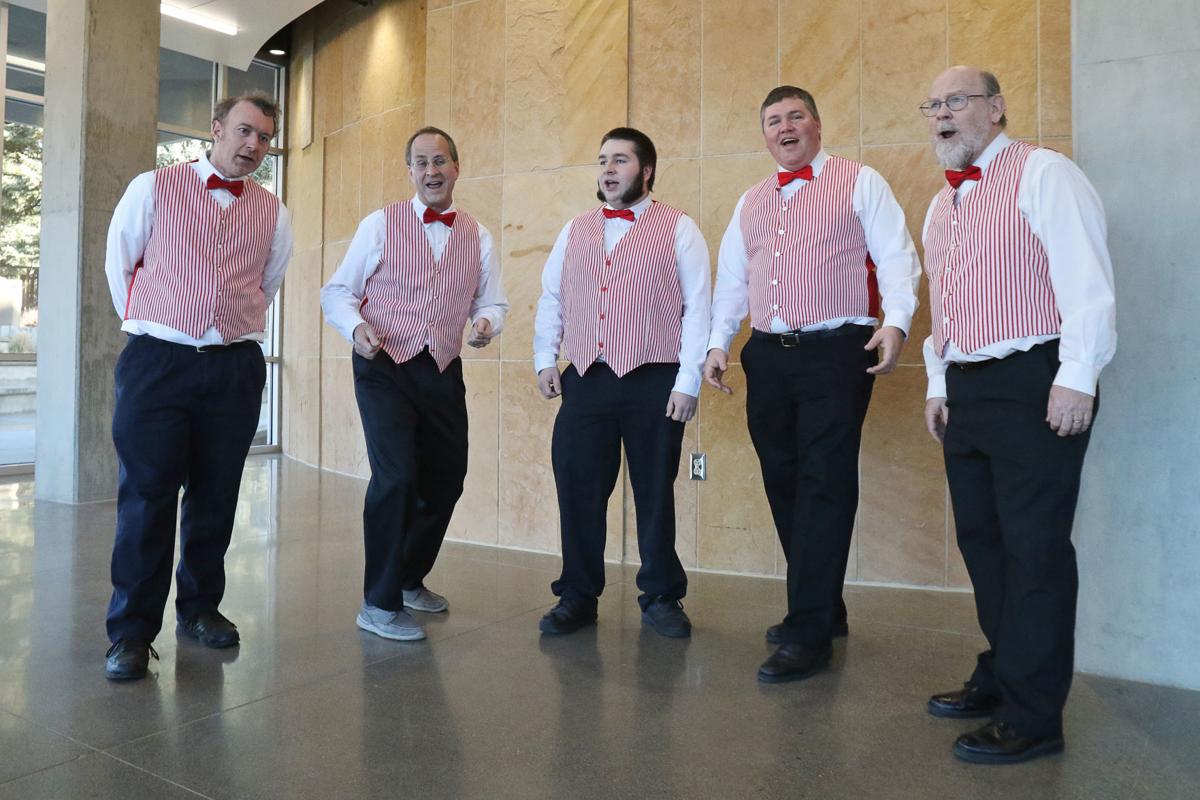 For those who choose to revel in the romance that embodies Valentine’s Day, a local group offers a unique option in which to do so.

The Singing Hills Barbershop Chorus will be making the rounds Friday, singing to sweethearts and delighting crowds as they croon to classic ballads.

Group member and bass singer Andy Piacsek said Valentine’s Day is one of the major yearly events for the group. The event has traditionally been a way to raise funds to keep the group active, and any funds left over are donated to a local charity or group. Last year, the chorus donated their excess funds to the Ellensburg High School band so that they could purchase instruments that students could then use on loan.

The Valentine’s Day event goes back as far as the group has been active, and Piacsek said the tradition is shared by many others like them.

“Singing on Valentine’s Day is a traditional fundraising activity for barbershop groups around the country,” he said. “We’re not blazing any trails there.”

People who are interested in having the group sing to their sweetheart can arrange for it ahead of time, and the group will meet that person at their place of work or otherwise. The group will sing a few songs and present a card and rose before heading on to the next engagement. They will also be appearing at various restaurants during the dinner hour.

Piacsek said approximately 75 percent of the people they sing to on Valentine’s Day are women, and although the times they sing to men can be a bit embarrassing for the person involved, most of the engagements are well-received.

“Often when we sing to the gals, they’ll get pretty emotional,” he said.

Beyond Valentine’s Day, the group also traditionally puts on a spring and fall performance. This year, they are partnering with Barbershop Harmony Yakima for a spring show on May 9. Piacsek said the group also partners with the community children’s choir and women’s chorus for a Christmas show, as well as a show at the end of the school year. This year’s concert will be held on June 5. The group is also available for private events, and auctions appearances off at local fundraisers like ones for the Thorp Mill.

Piacsek who is a physics professor at Central Washington University joined the group around 1998 after being invited by another group member. He said he has always had an interest in music and teaches a class on the physics of musical instruments. Although hey enjoys singing, he had never received any formal training in that area, nor did he know much about the history and dynamics of barbershop choruses.

“I thought this was a fun, low-stress way to do some singing,” he said. “Once you’ve been singing for a couple years, you kind of get the bug and stick with it.”

Group member Doug Brower agreed that the bug sticks around. He has been singing in similar groups since his high school days, even appearing at Six Flags Theme Park during that time.

“Later in life, I was looking for some way to become involved in my community,” he said. “I actually found the group through the Valentine’s event. That was about five years ago.”

Having connected with the group on Valentine’s Day, Brower said it has quickly become one of his favorite days of the year while singing with the group.

“Life can be full of challenges and everything,” he said. “That’s one day where we can bring smiles to people faces from morning to nighttime, bring a little bit of love to the community. It brings me great joy to do that.”

“A lot of the old timers have gone away,” he said. “We’ve kind of dwindled down to a core group of about five or six guys. We’re kind of hoping to do a bit of recruiting, get the word out that we are here, and we do fun things.”

Piacsek said men and women of any age are welcome to join the group and are not required to audition to join.

Brower said the group traditionally rehearses every Tuesday at the adult activity center from 7:30 to 9 p.m. He shared Piacsek’s welcome to anyone interested in learning more about the group.

“As long as you’re willing to come and participate and try your best, which is all we ask, then we are more than willing to have anybody come,” he said.

The group will be available on Valentine's Day from 9 a.m. to 5 p.m. For $40, they will sing two songs, present a card and rose to the person they are singing to. Those interested in booking the group (or learning more about joining them) can contact Doug Brower at 509-859-6902