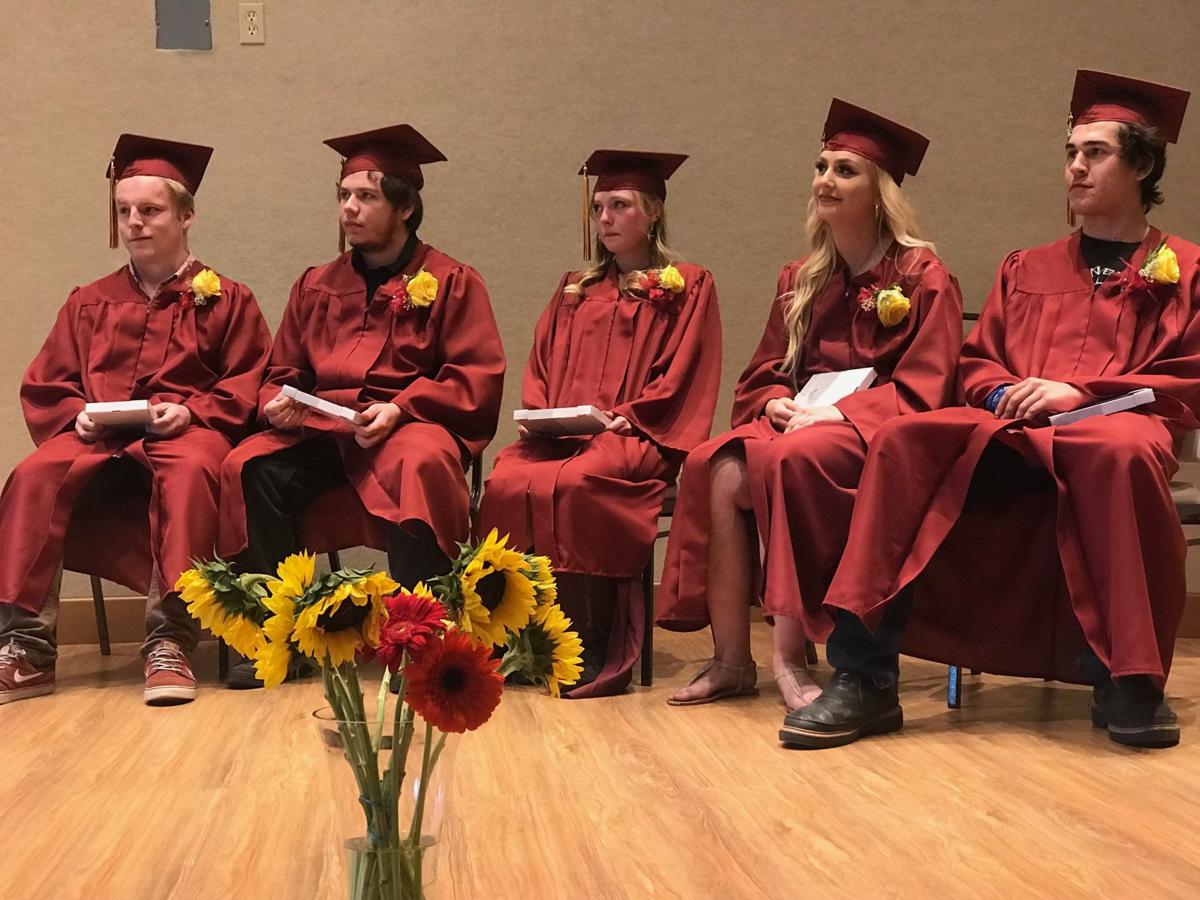 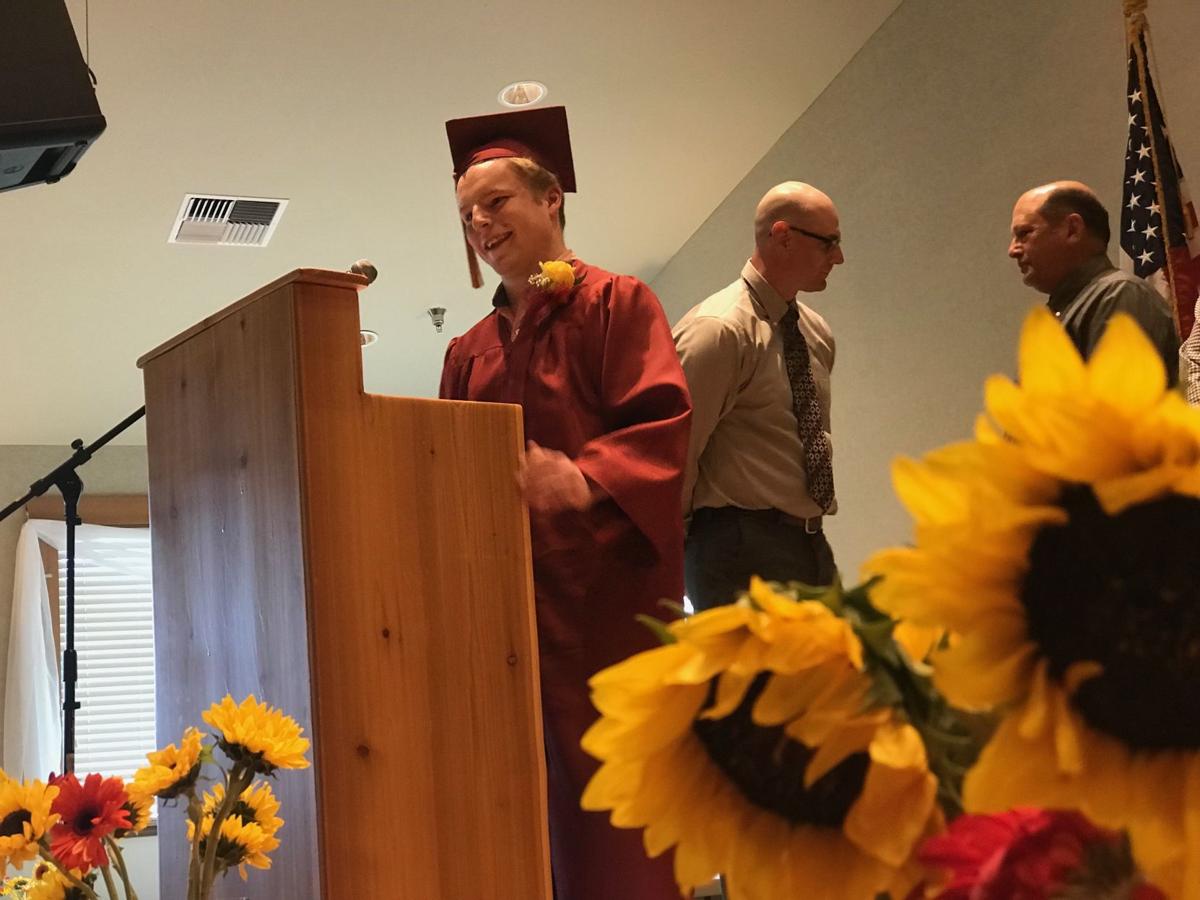 Joseph Stone kicks off the Swiftwater Learning Center graduation ceremony at the Putnam Centennial Center in Cle Elum on Tuesday.

Joseph Stone kicks off the Swiftwater Learning Center graduation ceremony at the Putnam Centennial Center in Cle Elum on Tuesday.

That person was Theodor Geisel, and before revealing his identity as Dr. Seuss, Bronkema outlined Geisel’s turbulent career path that eventually led him to selling more than 700 million children’s books.

“Pretty impressive for a guy who got kicked off his college newspaper for drinking (during prohibition),” Bronkema said. “And a guy that dropped out of grad school — for love.”

Bronkema told the five graduates in attendance they should follow their hearts and make decisions that they know are right, and to follow Dr. Seuss’ advice, “Why fit in if you were born to stand out?”

“Go against the grain for the purpose of good,” Bronkema told graduate Ian Guthrie, handing him a framed Dr. Seuss quote. “The most courageous act is to think for yourself.”

Bronkema gave each graduate their own quote, describing what they meant to him and the Swiftwater community.

Stone was honored with the Arlene Shuman Memorial Scholarship from the Episcopal Church of the Resurrection, as well as the Putnam Centennial Center Scholarship. He plans to attend Central Washington University and pursue a film degree.

Schwartz said she plans to keep working at Stella’s Cafe in Cle Elum as a cook.

Emmalee Spraggon said she plans to attend Everett Community College in the fall.

Remeto, who also gave a short speech about the importance of community, plans to attend Yakima Valley Community College to get a direct transfer degree and pursue a career in technology.

Ian Guthrie said he plans to get a job and get paid.