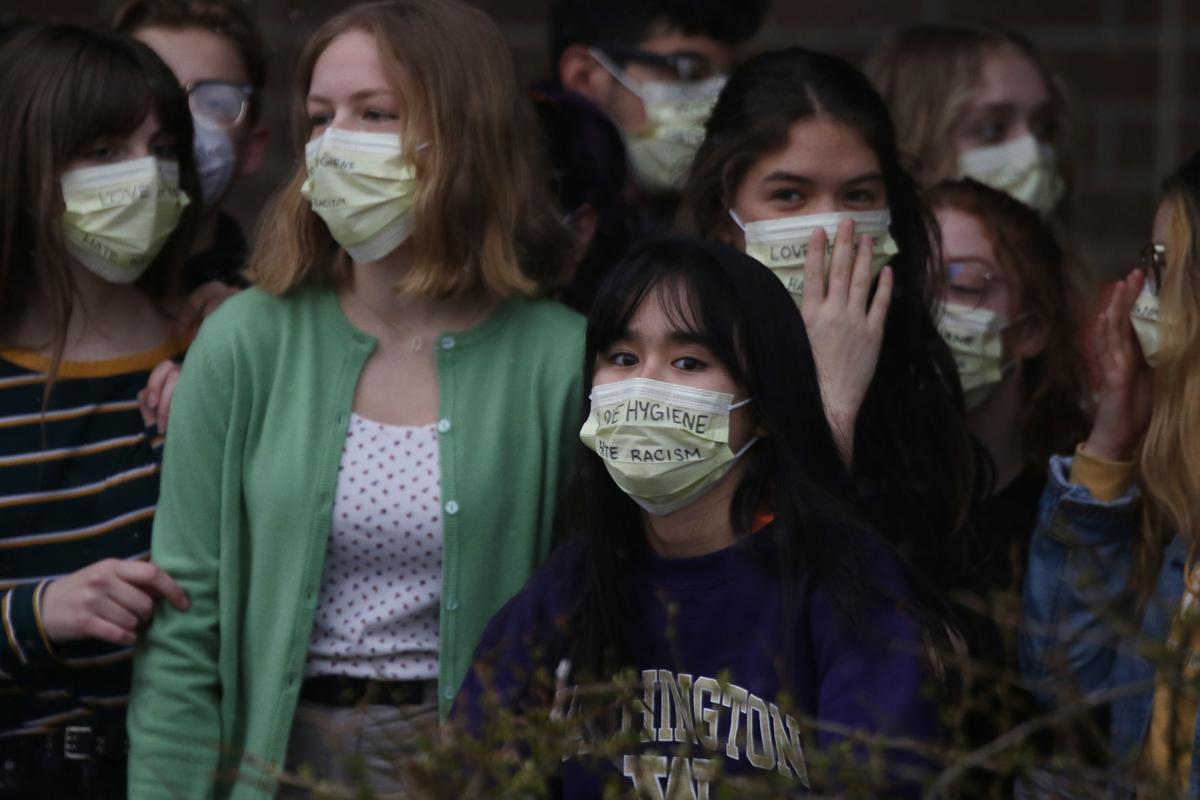 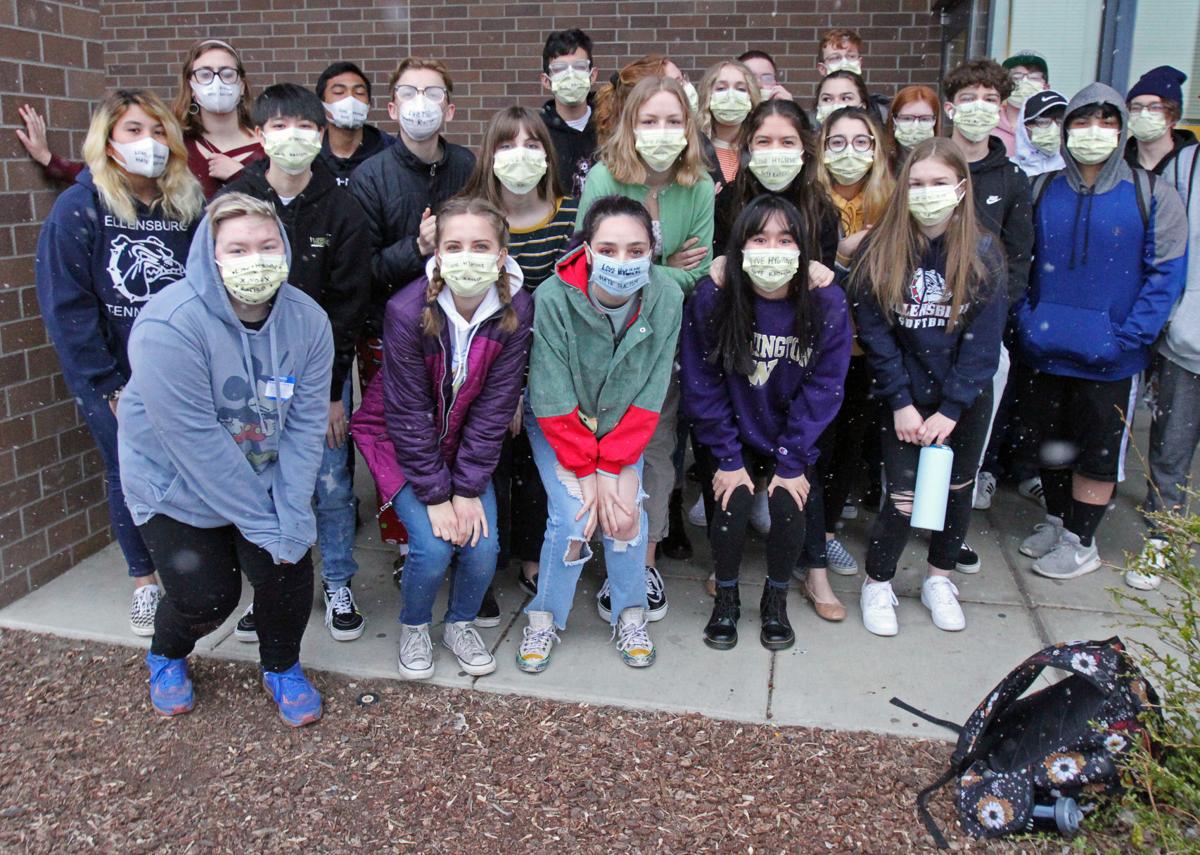 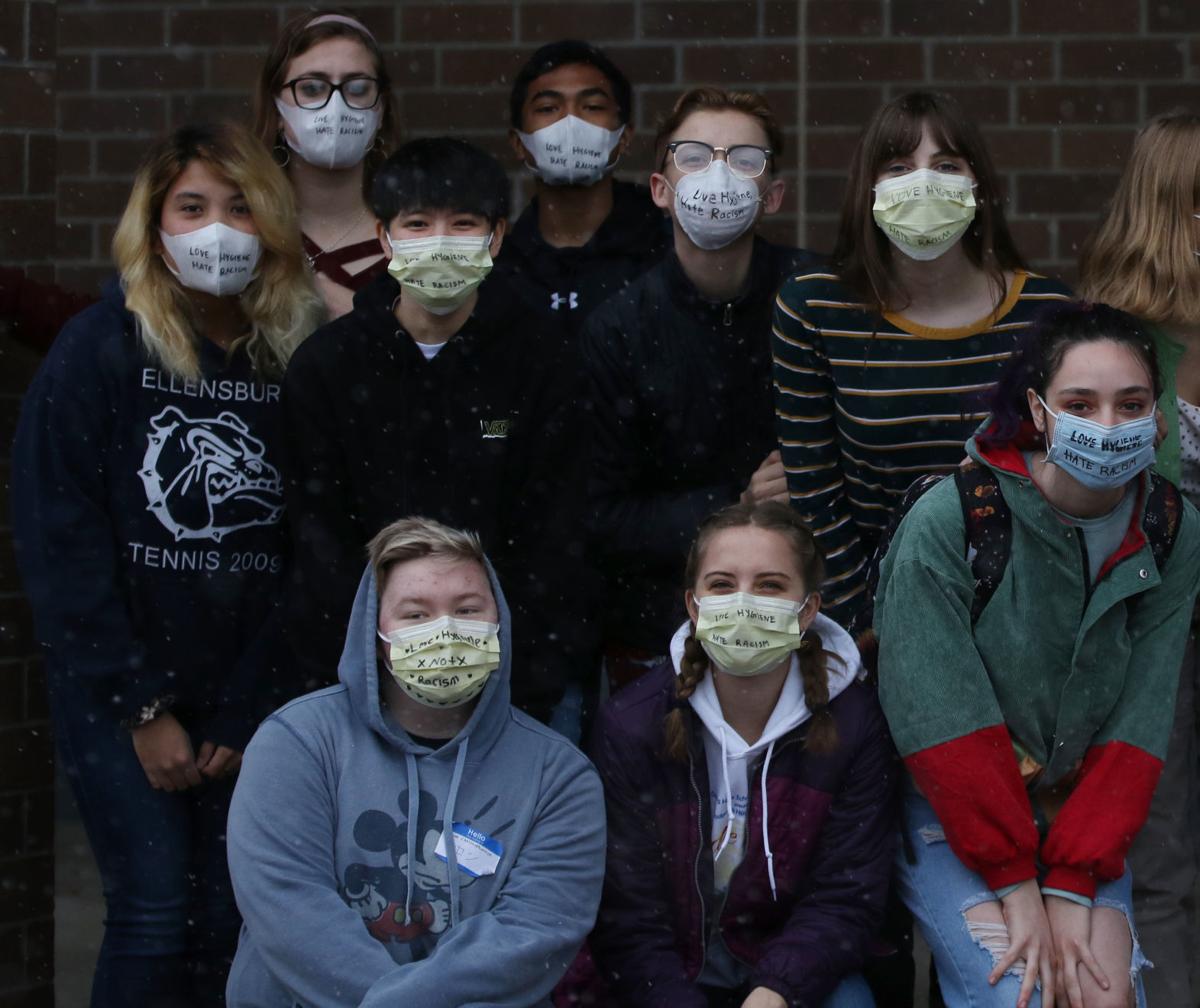 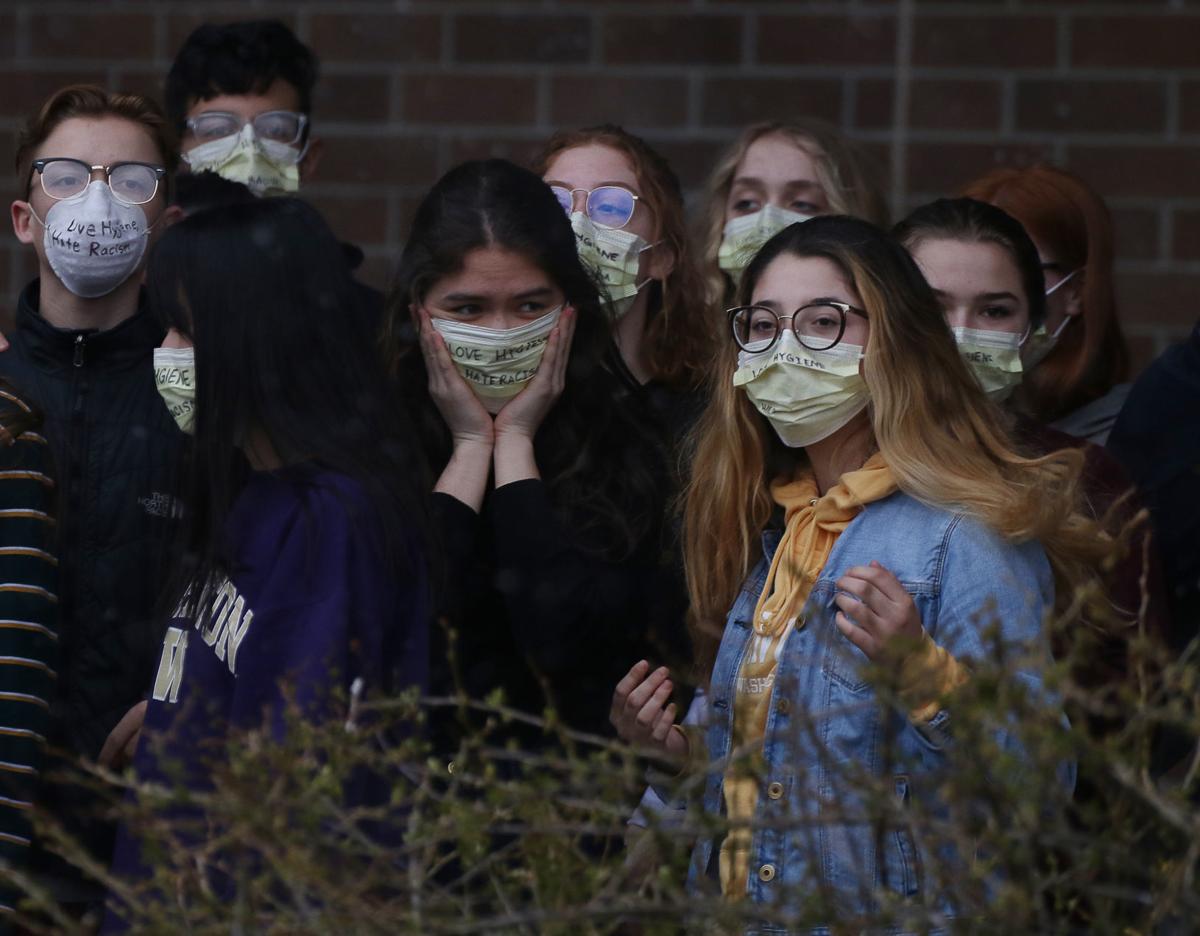 While people worldwide struggle with the intricacies of responding to COVID-19, one particular group of Americans said they are coping with racist comments.

Due to the virus’ origin in China, students of Asian descent in the Ellensburg School District have noticed increased harassment and bullying against them.

To bring attention to this issue, around 60 Ellensburg High School students, and some teachers, wore surgical masks to school Friday. Written on the masks was the phrase “love hygiene, hate racism.”

Freshman students Kelly Duong and Hina Allen came up with the idea after Duong saw another high school doing the same type of protest on Instagram. Allen said they had been wanting to make some sort of statement, and when Duong told her about the masks, she knew it would be perfect.

“We’ve heard about some racism that’s been happening, at the other schools as well, so we wanted to start something,” Duong said.

Students have noticed coronavirus jokes made about them because of their ethnicity. These jokes have made students uncomfortable, as it seems to single them out for something they have no control over.

Sophomore Ella LaVoie said she was a little worried about wearing her mask to school because she knew they were going to hear a lot of feedback from other students and was sure that some of it would be criticism.

“I was wearing (the mask) while walking through the parking lot to Valley View, and somebody yelled at me ‘hey I like your mask!’ and then started laughing at me,” LaVoie said. “That’s not very cool, because we are just trying to help.”

Another sophomore, Ruben Munguia said jokes like this are not OK. He has heard people make inappropriate jokes during after-school sports. He said these people might think it’s just a harmless joke, but it is a very serious issue for many people.

“At our school there are so many different ranges of beliefs,” freshman Avery Patterson said. “People don’t necessarily agree with what we are doing.”

The students passed out masks to students and teachers Thursday. They had about 60 masks and handed them all out before the end of the day. They said some teachers wore masks, either on their face or as an armband so they can still effectively teach the lesson.

One such teacher was Charlie Acheson, who wore a mask on his arm. He first heard about the demonstration a few days ago, and thought it was a great idea.

“I think it is really great that the students are making a statement about racial prejudice,” Acheson said. “(Racism) is something that is intolerable and the fact that students are actually being bullied and hurt and dehumanized because of their race is deplorable. To blame one specific group of individuals for the spread of COVID-19 is preposterous.”

Allen said the protest will also help people who feel they are the only ones being harassed. It will show them there are others, and that they are taking action against any measure of racism at school.

The students want to be clear in their message. The outbreak is a very serious issue, and they don’t want to give the impression they are downplaying the severity of it. However, it is also important that the outbreak doesn’t change our culture, and people remain respectful of others.

“It’s more than just an outbreak, it’s so much more,” LaVoie said. “It’s affecting people that haven’t even been in contact with anyone (infected). People are being called out and bullied just because of their race.”