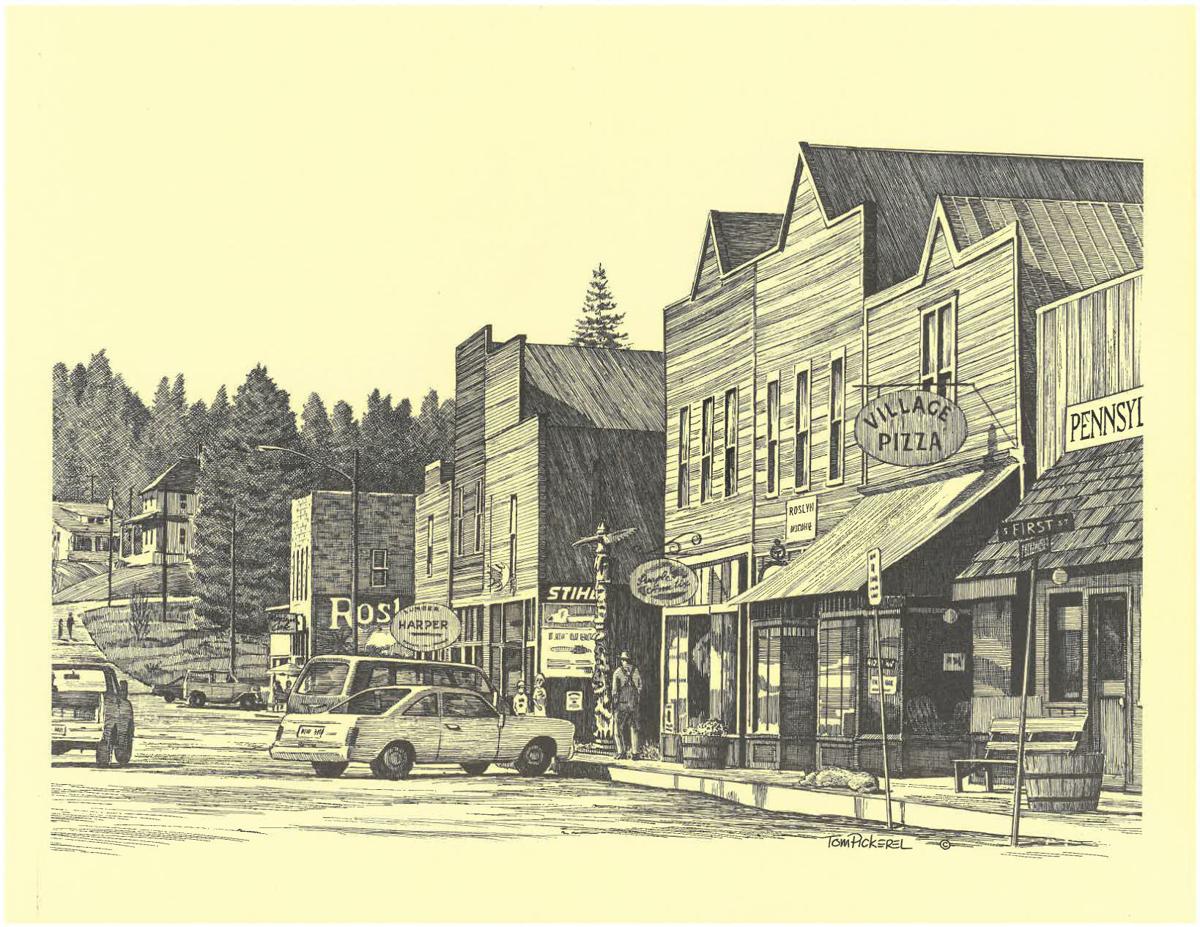 Over the course of his career, Tom Pickerel drew many images of Roslyn including this downtown scene. 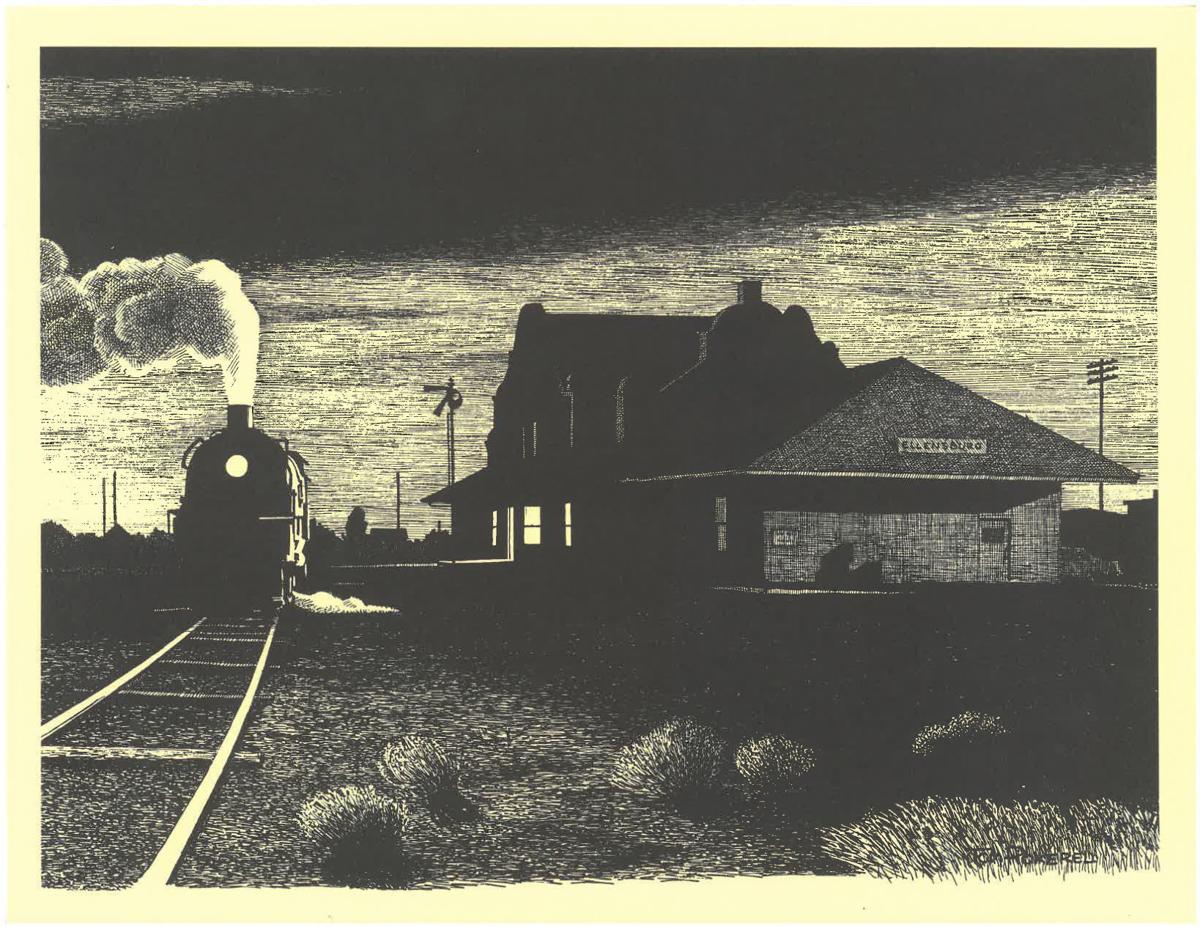 Tom Pickerel captures the image of the historic Ellensburg Train Depot at night in this pen and ink drawing. 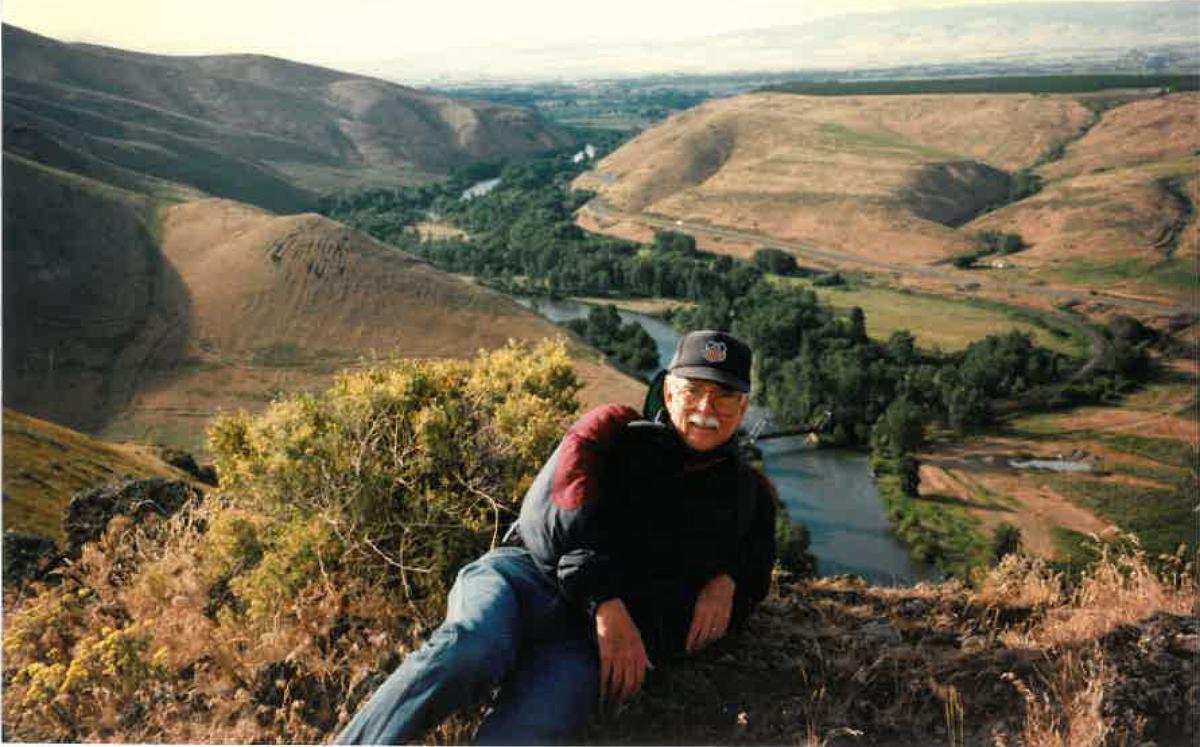 As Kittitas County Planner Tom Pickerel was most proud of his work to help preserve the divide between urban and rural.

Over the course of his career, Tom Pickerel drew many images of Roslyn including this downtown scene.

Tom Pickerel captures the image of the historic Ellensburg Train Depot at night in this pen and ink drawing.

As Kittitas County Planner Tom Pickerel was most proud of his work to help preserve the divide between urban and rural.

As an artist Tom Pickerel had an eye for the overlooked, the abandoned, the disappearing traces of history.

His pen and ink drawings captured these images whether a hard-to-believe-it’s-still-standing garage in a Roslyn alley in the 1970s or night falling on a depot that had last heard the whistle of a passenger train decades ago.

As a professional planner Pickerel worked to preserve the heritage of the county whether it was agricultural or forest land or the divide between the urban and the rural.

Pickerel died on Aug. 10 at his home in Ellensburg, leaving behind a wife, children, grandchildren, great-grandchildren, a host of friends and a lifetime of artistic creations hanging in homes across the city, county and region.

To a certain degree he also had a hand in leaving the landscape of Kittitas County that people continue to enjoy today.

Pickerel was the Kittitas County Planner at a time of significant transition in the county in the 1970s to early 1990s as the timber industry dwindled and increased pressures were felt on forest and agricultural lands. There were similarities between what he valued as an artist and as a planner.

“One of his gifts as an artist was to offer a new perspective to the neglected and the marginalized,” said Pickerel’s son, Mark Pickerel.

His search of the right subjects made for some road trip detours.

“And danger,” Mark said with a laugh. “He had one hand on the wheel and an eye out for subjects.”

Of course, any testimony to Tom Pickerel must include mention of his sense of humor and his extraordinary ability to find laughs in the dry terrain of land use planning.

A few years ago Gallery One honored Pickerel for his lifetime of work. It would not be an exaggeration that Pickerel likely sold more pieces of art than any Kittitas County artist in recent memory.

His knack for capturing enduring images endeared him to people looking for art that represented the community in which they lived both for their homes are for gifts to loved ones who moved away and wanted reminders of what they left behind.

In his work buying and selling antiques, Mark said he often comes across his dad’s work on the walls of homes where estate sales are being held.

Whether through luck or fate, Pickerel spent 39 years married to Carol, a woman who gave structure and order to his artistic expressions.

“None of these would be framed if it weren’t for Carol,” Mark said surveying the art stacked in his dad’s studio.

Mark gave the example of his dad’s work being used on bottles of condiments at Skippers restaurants.

“My dad was happy with a lifetime supply of tartar sauce,” Mark said.

With Carol at his side, Pickerel created and sold art throughout the Northwest. Carol died in 2018. In the last months of his life Tom married Margie Hurt.

Mark said as an artist his dad was ahead of his time in seeking what others seemed willing to leave behind. He chanced upon Roslyn in the 1970s at a time when Roslyn was mistakenly placed in a book on ghost towns.

But it turned out that the old structures that drew Pickerel’s eye, drew a generation of new residents as well, who appreciated the town’s deep and varied heritage.

Mark said his dad’s work was seeped in realism but the images captured often proved timeless.

What: Tom Pickerel celebration of life