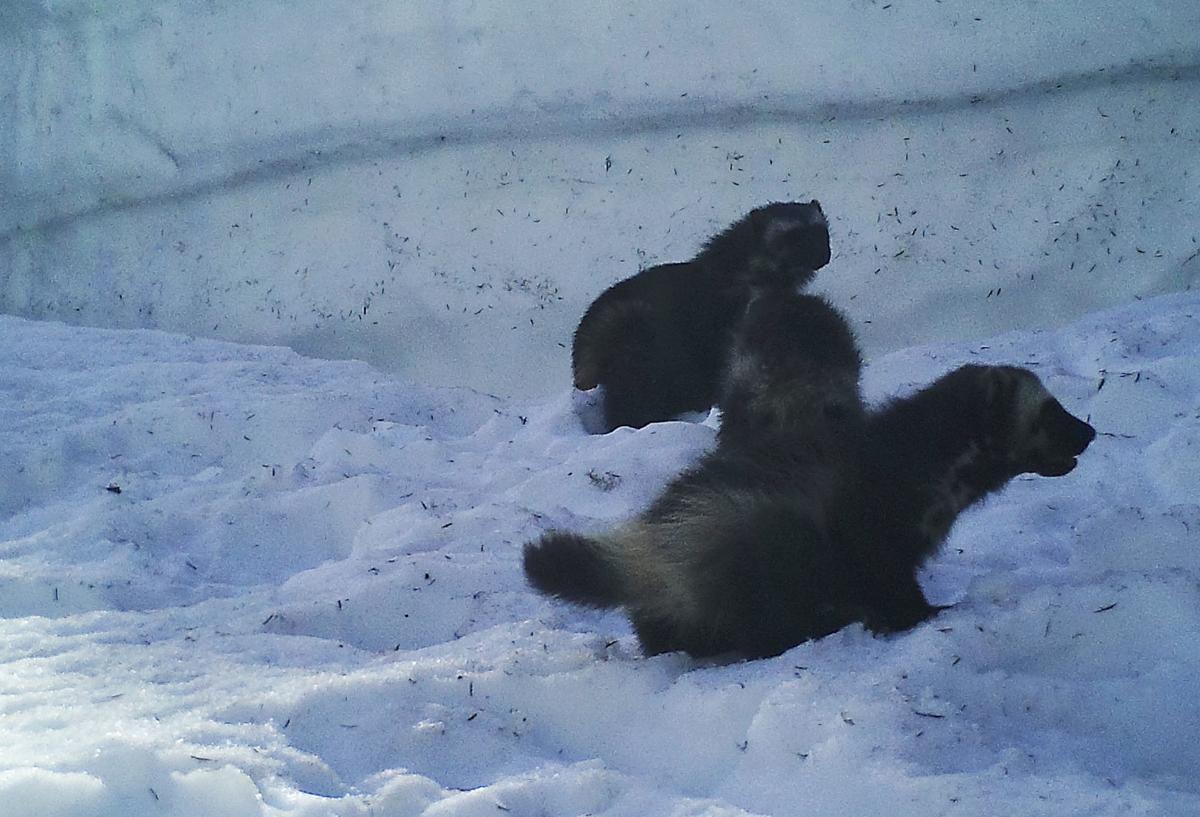 A wolverine mating pair and two kits were documented earlier this month at a den in the William O. Douglas Wilderness by the Cascades Carnivore Project. 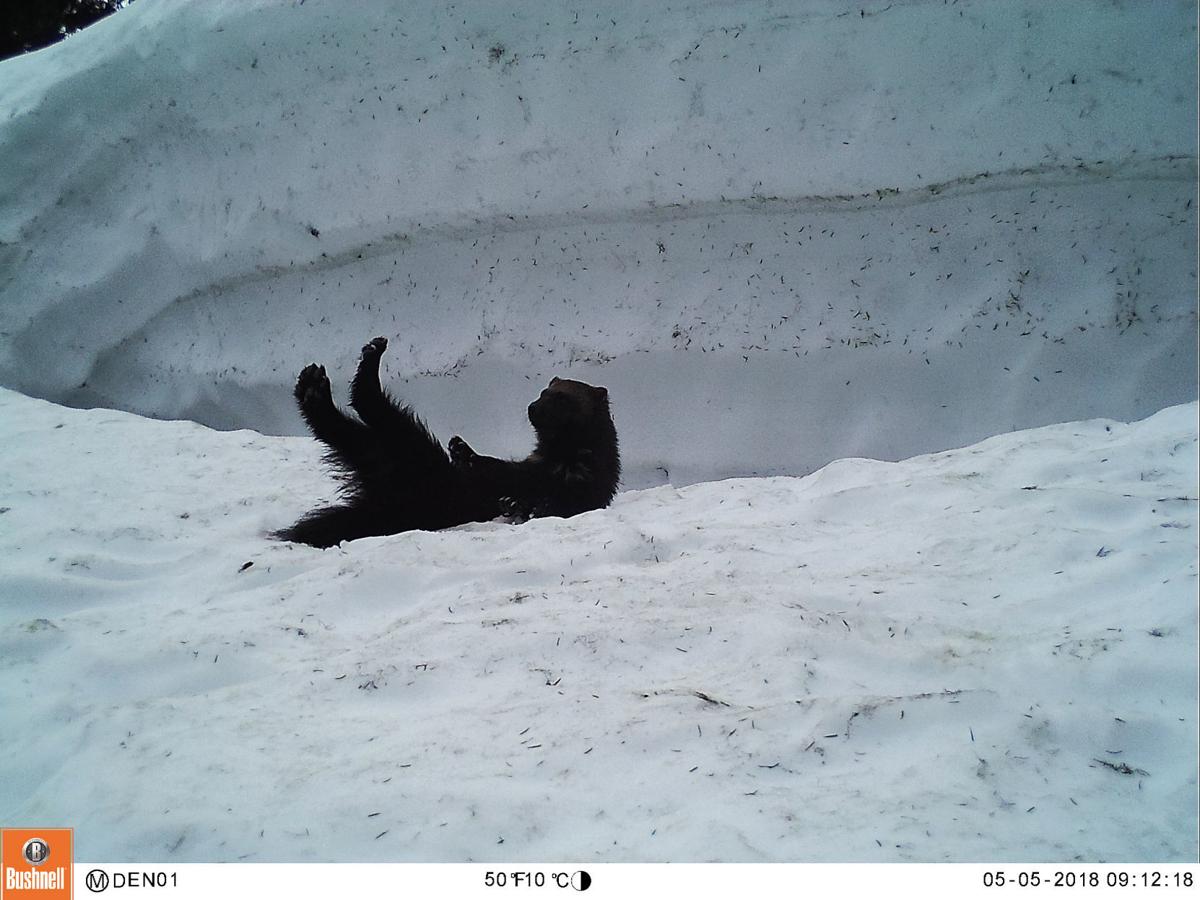 A male wolverine documented at a den east of Mount Rainier earlier this month by the Cascades Carnivore Project.

A wolverine mating pair and two kits were documented earlier this month at a den in the William O. Douglas Wilderness by the Cascades Carnivore Project.

A male wolverine documented at a den east of Mount Rainier earlier this month by the Cascades Carnivore Project.

The Cascades Carnivore Project has released photos of a pair of wolverines with two kits this month south of Interstate 90, the first reproductive wolverine den documented in Washington’s southern Cascade Range in more 50 years.

Cascades Carnivore Project wildlife technicians Scott Shively, Kayla Dreher and conservation director Jocelyn Akins visited the den in the William O. Douglas Wilderness area earlier this month, and returned with photos and video from cameras set up at the site, according to a news release from the group.

Wolverine kits are typically born in mid to late February in North America so researchers believe the kits are likely 2 1/2 to 3 months old. Both the female with her kits, and the male alone, were detected at the den.

The den was first discovered after researchers examined photographs from a wildlife monitoring station set in March in this wilderness area east of Mount Rainier. From photographs, they determined that a female wolverine was lactating and raising young nearby.

The study is a collaboration of the Cascades Carnivore Project and U.S. Forest Service Naches Ranger District to document the natural recolonization of wolverines into southern Washington and improve the understanding of how climate change threatens this species.

Wolverines are native to Washington’s Cascade Range but are believed to have been extirpated by the mid-1900s, most likely due to unregulated trapping, shooting and poisoning associated with predator control efforts. More recently, individual wolverines moved south out of Canada to recolonize the North Cascades ecosystem.

This small population was studied from 2005-2016 by the North Cascades Wolverine Study, which discovered the first two wolverine reproductive dens in Washington. Surveys by a collaborative group of researchers over the last 10 years has documented wolverines starting to reoccupy former habitat throughout the Cascades. In 2006, the Yakama Nation detected the first wolverine south of I-90 in modern times on the east slopes of Mount Adams.

“Wolverines are re-occupying portions of their historical distribution in the Washington Cascades, which is good news for wolverine conservation. However, their abundance throughout the contiguous United States remains very low and they face new potential threats from climate change, loss of habitat, and increased recreation in remote, wilderness areas,” Akins said in the news release.

Connectivity, in particular across I-90, is likely critical for the persistence of any small wildlife population, especially wolverines, which require vast areas of remote wilderness to roam, she added.