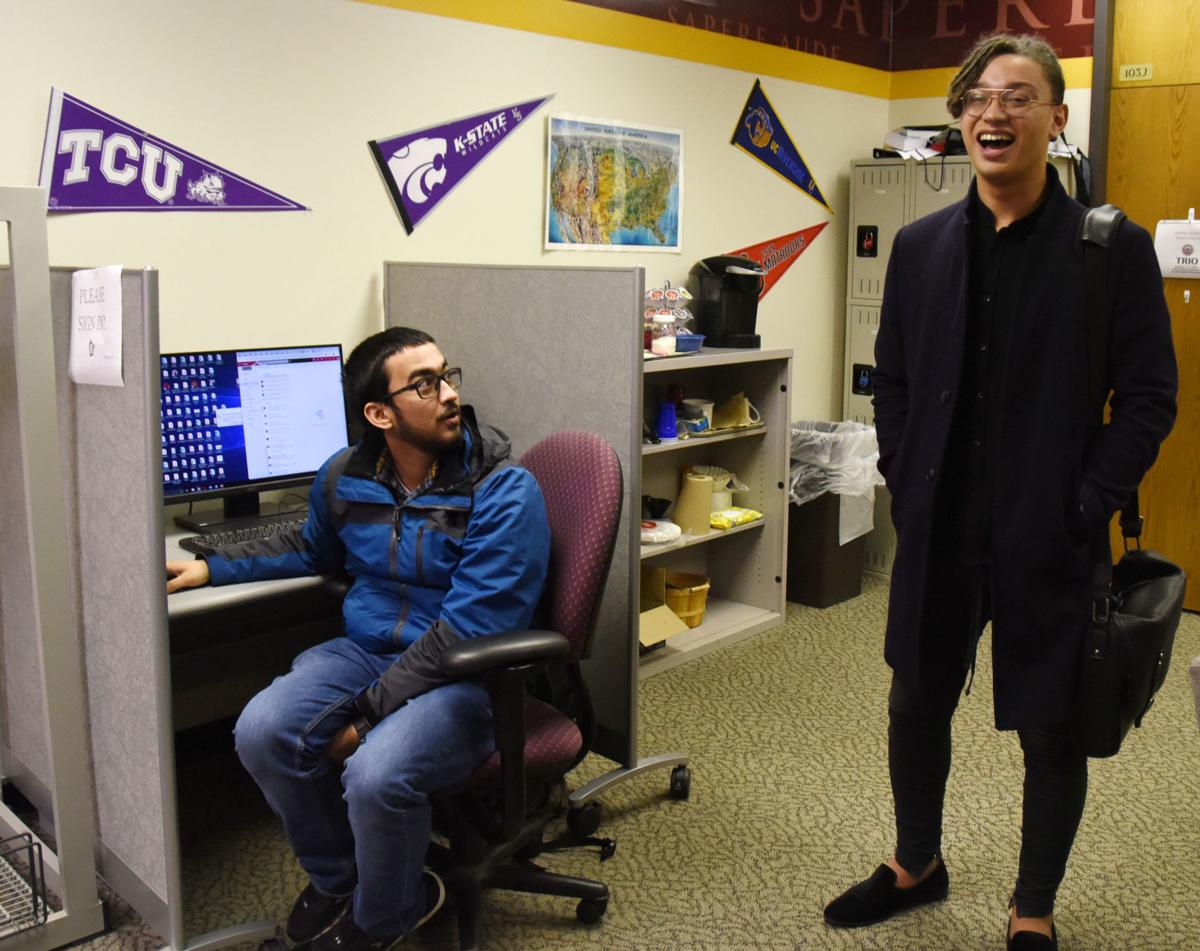 CWU seniors Alex Harrington, right, and Kollin Trujillo take a break from their research at the McNair Scholars Program office. 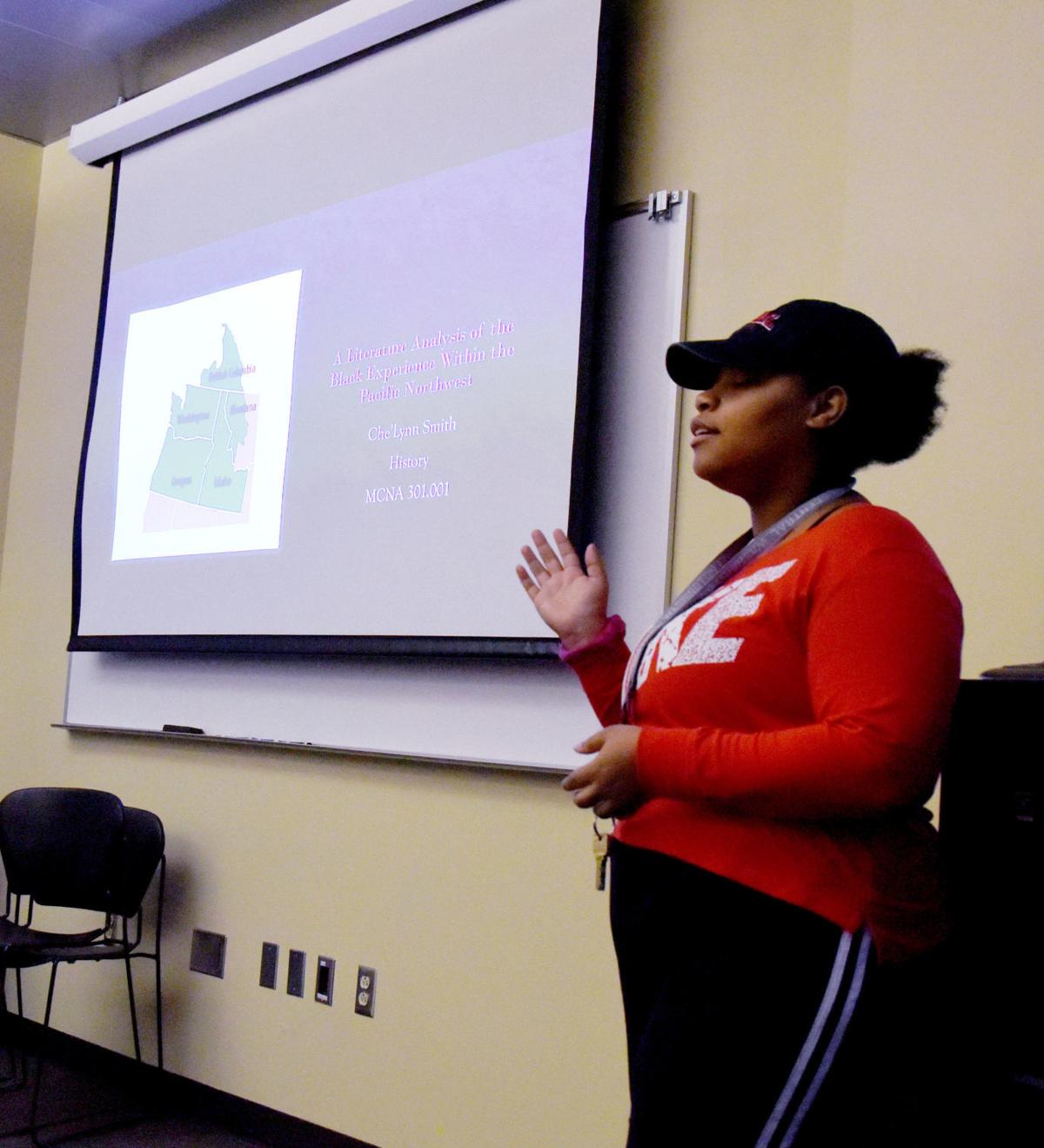 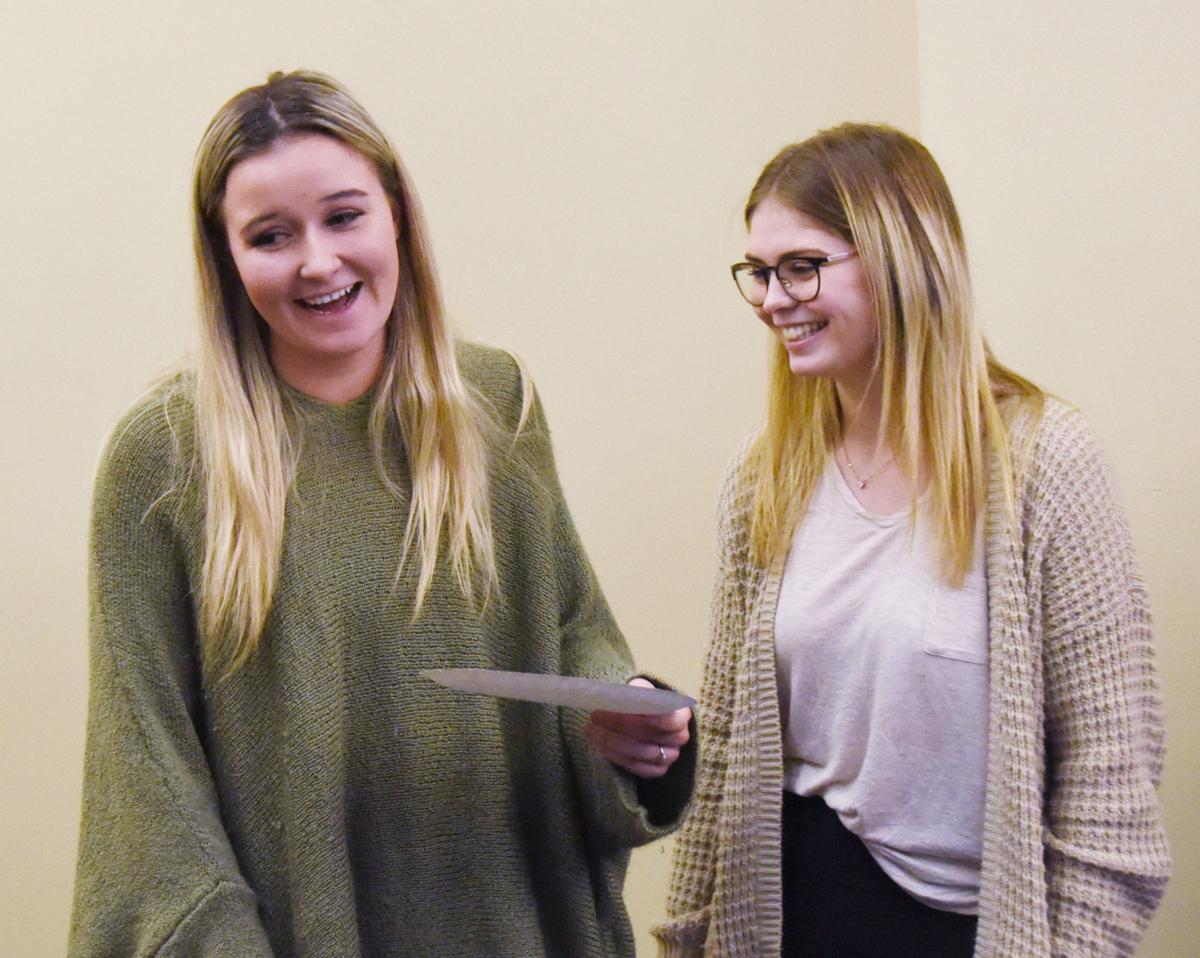 CWU seniors Alex Harrington, right, and Kollin Trujillo take a break from their research at the McNair Scholars Program office.

Some college students begin their higher education journeys with a clear picture of what they want to achieve, fully aware of the resources and support networks available to them when the time comes to apply to graduate school.

Others have no idea what that application process looks like, perhaps not even realizing that they could have an opportunity to pursue post-graduate studies. Statistically speaking, most students who fall into the second camp come from low-income families with limited exposure to higher education.

That’s where the McNair Scholars Program at Central Washington University steps in. For most of the past 28 years, a dedicated team of CWU staff and faculty has been recruiting students from disadvantaged and underrepresented backgrounds to pursue future opportunities in academia. Many of them are first-generation college students, but that isn’t a requirement for acceptance.

Through the federally funded Trio program, juniors and seniors who are approved receive paid research training, network connections, institutional support, and character development skills as they prepare to advance beyond their undergraduate studies.

The success of the McNair Scholars Program at CWU since 1992 is difficult to measure, but based on the reviews from current and former participants, their experiences have been lifealtering.

“Without McNair, I wouldn’t even be thinking about graduate school,” said Jasmin Washington, a senior public health major who also serves as ASCWU president. “This program has shown me how far I can go with my education, and I wouldn’t have had the same opportunities if I hadn’t become involved. Honestly, McNair has been the best thing about my college career so far.”

“It’s such an amazing program, and I’m so grateful that I was given the opportunity,” added Andre Dickerson, a CWU biology graduate who went on to earn two master’s degrees.

Dickerson has been serving as the director of the Center for Leadership and Community Engagement (CLCE) for the past three years, and he is planning to pursue a doctoral degree in higher education leadership. He said McNair played an integral role in helping him realize his potential.

“I feel very blessed because the connections I made through the program really empowered me,” he said. “If I hadn’t found out about McNair, I have no idea what my career trajectory would have been.”

About the CWU program

The Ronald E. McNair Postbaccalaureate Achievement Program, as it is formally known, is named after the late NASA astronaut and is funded by Congress through five-year grants awarded by the U.S. Department of Education.

One of three Trio programs offered at CWU, the McNair Scholars chapter was among the first in Washington state to provide students from disadvantaged backgrounds with opportunities for academic growth and development beyond their undergraduate education. Today, there are more than 180 institutions nationwide that create similar opportunities for undergraduates looking to pursue graduate degrees.

Nearly three decades since its inception, the CWU program has kickstarted the careers of hundreds of graduates and has become a great source of pride for the university.

“McNair has been one of the most impactful academic programs I’ve ever been a part of,” said Alex Harrington, a senior political science major who serves as the student representative on the CWU Board of Trustees. “I didn’t even know I could do undergrad research, but the staff and my mentor guided me through the whole process. Now, I’m looking forward to continuing my research and pursuing a PhD. None of that would have been possible without all the support I have gotten through McNair.”

CWU McNair Scholars program director Pamela Nevar and her staff of three work out of a firstfloor suite in the Language and Literature (L&L) building, offering assistance and support to 27 students per academic year. Upon being selected, the scholars connect with on-campus mentors in their major and work with them to advance their proposed research projects. Program participants attend a weekly McNair Scholars class, where they learn about the graduate school application process, refine their research, and develop relationships with campus experts and others in their fields of study. They’re also afforded plenty of one-on-one time with their mentors, advisers, and the McNair staff.

“We serve as a support system and give these students the guidance that they may not otherwise receive,” said Nevar, who succeeded CWU biology professor Lucinda Carnell in September 2018. “As first-generation college students, many of them don’t have access to that kind of guidance from their own families, so we try to provide a kind of ‘home away from home’ so they can continue to grow, both personally and academically.”

The summer after their junior year, the scholars earn a $4,200 stipend — $1,400 of which goes toward room and board — to pursue their original research under faculty mentorship. Among the current crop of McNair scholars, the research projects focus on everything from political science and musical performance, to electrical engineering and organic chemistry.

Participants present their findings at SOURCE and at academic conferences during their senior year, and many see their work published in academic peer-reviewed journals. An added benefit is that the students often parlay their experiences into professional opportunities at higher education institutions, with some — like Dickerson and English instructor Xavier Cavazos — returning to work at their alma mater. These CWU alumni embody the purpose of the McNair Program, which is to diversify the professoriate.

What’s more, everyone who gets involved with the McNair Program seems to emerge with a newfound confidence and limitless potential.

“The research you do with McNair helps you successfully navigate and produce a research paper that you can use for your grad school admissions packet,” said Cavazos, who graduated from CWU in 2010 and joined the faculty in 2014. “Without McNair, a lot of first-generation college students wouldn’t have the analytical approach they need to research a specific subject. This program puts them on a level playing field with others who are pursuing fields of graduate study, so the experience they gain is invaluable.”