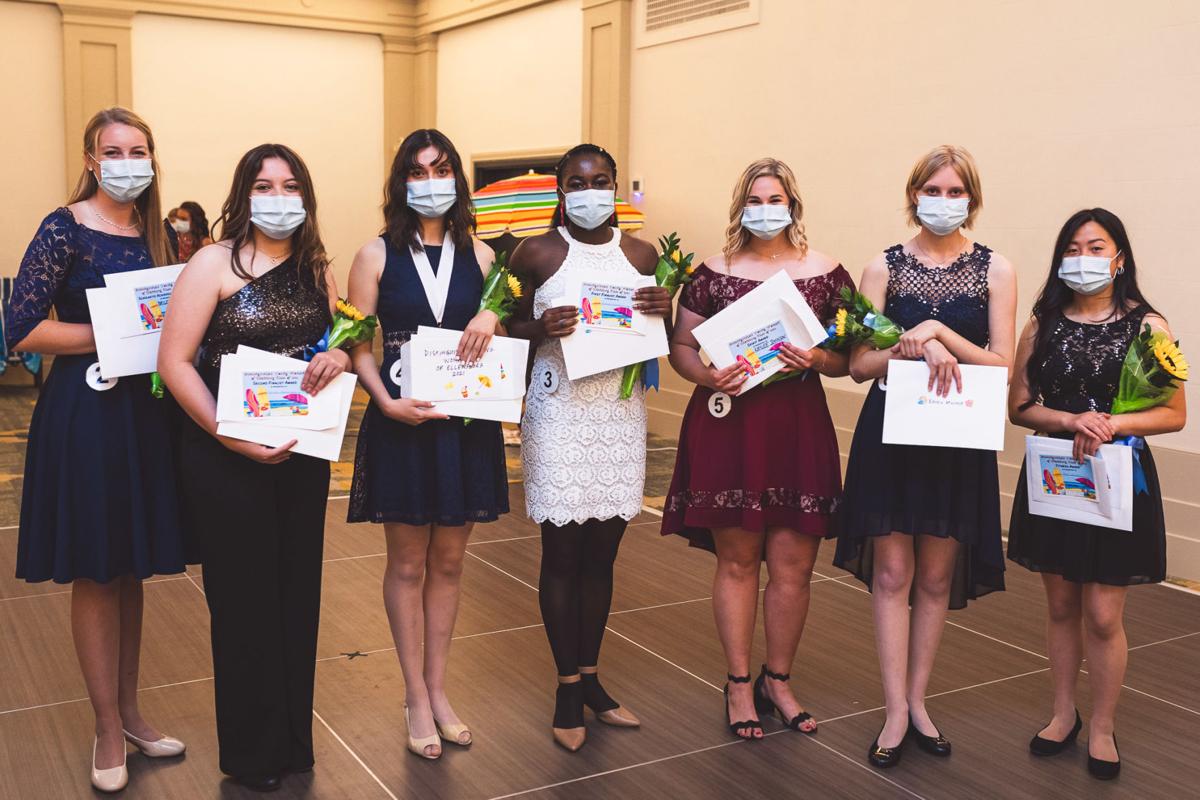 The 13th annual Distinguished Young Women of Ellensburg class of 2021 scholarship program was held July 11 in the Hotel Windrow ballroom, according to a news release.

Interview skills and scholastic achievement were judged prior to the Saturday program in which $3,700 was awarded in scholarships. Awards were given in each of seven categories: Spirit, Be Your Best Self, Interview, Fitness, Talent, Self Expression, and Scholastic Achievement.

The “Spirit” award, voted on by the participants and given to the girl felt to be the most caring, supportive and inspirational went to Kaylee Johnson. Maci Kjorsvik won the “Be Your Best Self” award, voted on by the adults working with the participants. This award is given to the girl who most exemplifies the DYW goals of being responsible, studious, involved in the community and ambitious.

The Interview award went to Larissa Baldovinos, and the Fitness award was won by Maci Kjorsvik. Talent and Self-expression awards went to Tanya Alvarado-Castro. The Scholastic Achievement award went to Bailey Sherley.

Tanya Alvarado-Castro was the overall winner and will represent Ellensburg at the state competition to be held virtually this August. Camille Dondji was first finalist and second finalist was Larissa Baldovinos.