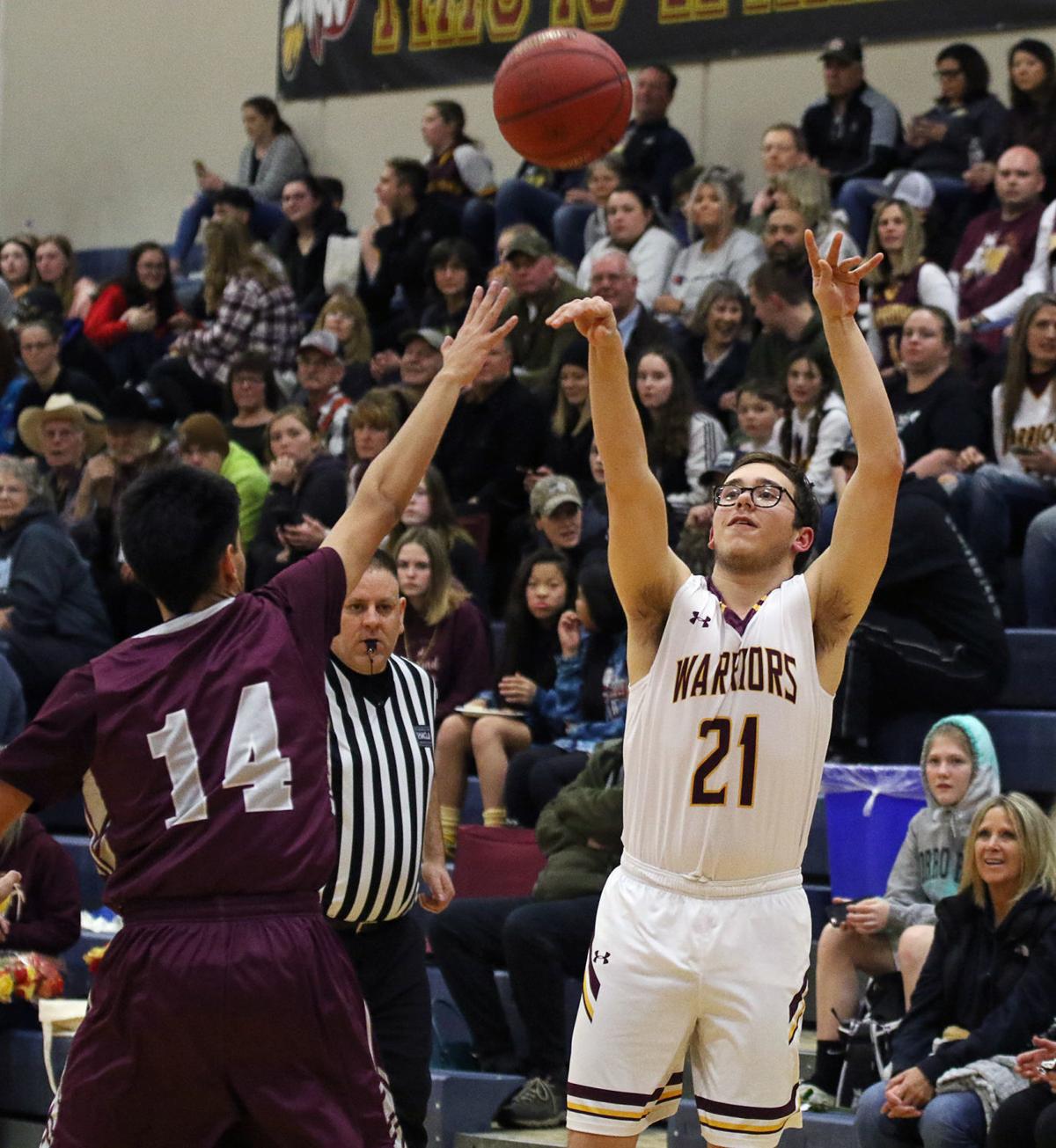 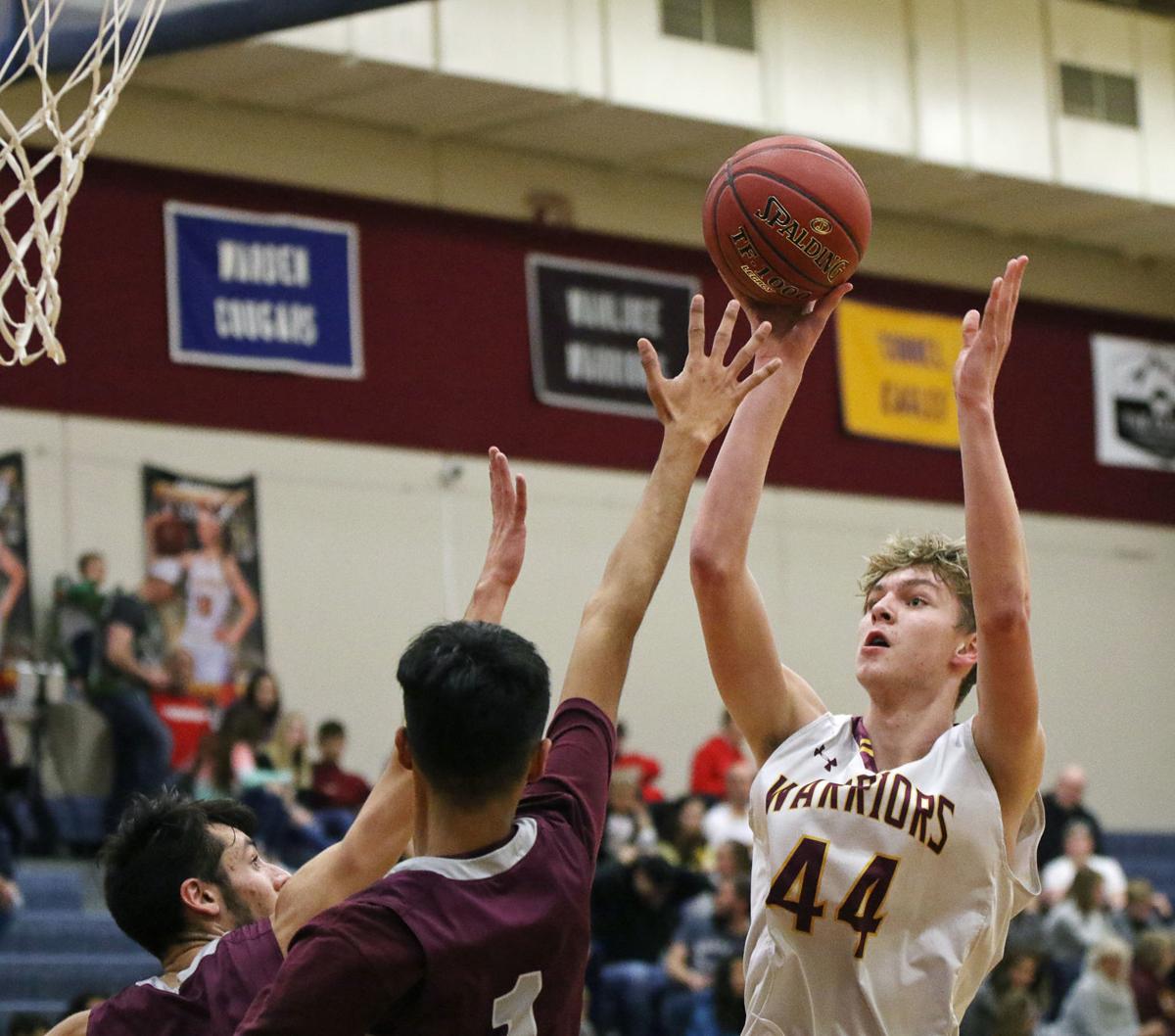 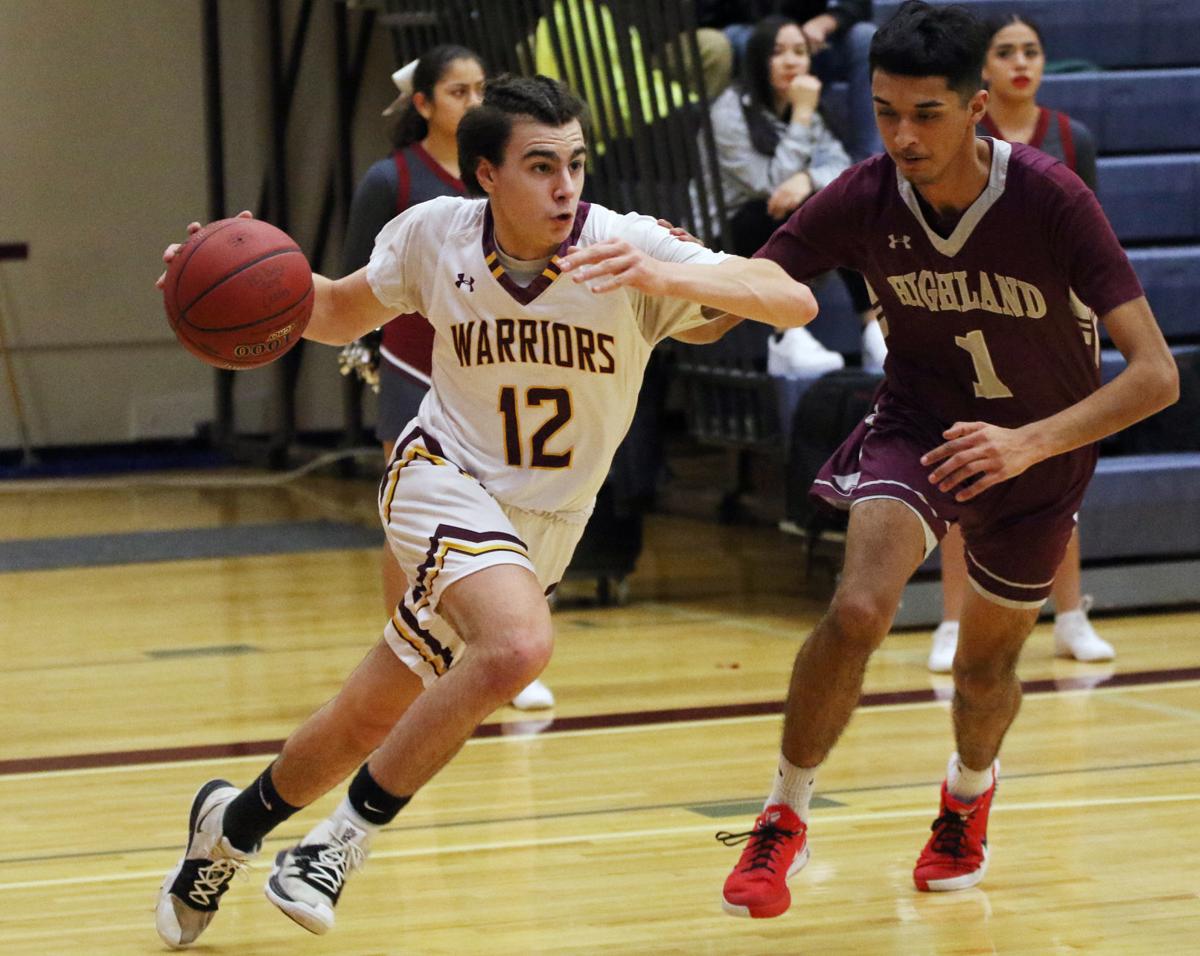 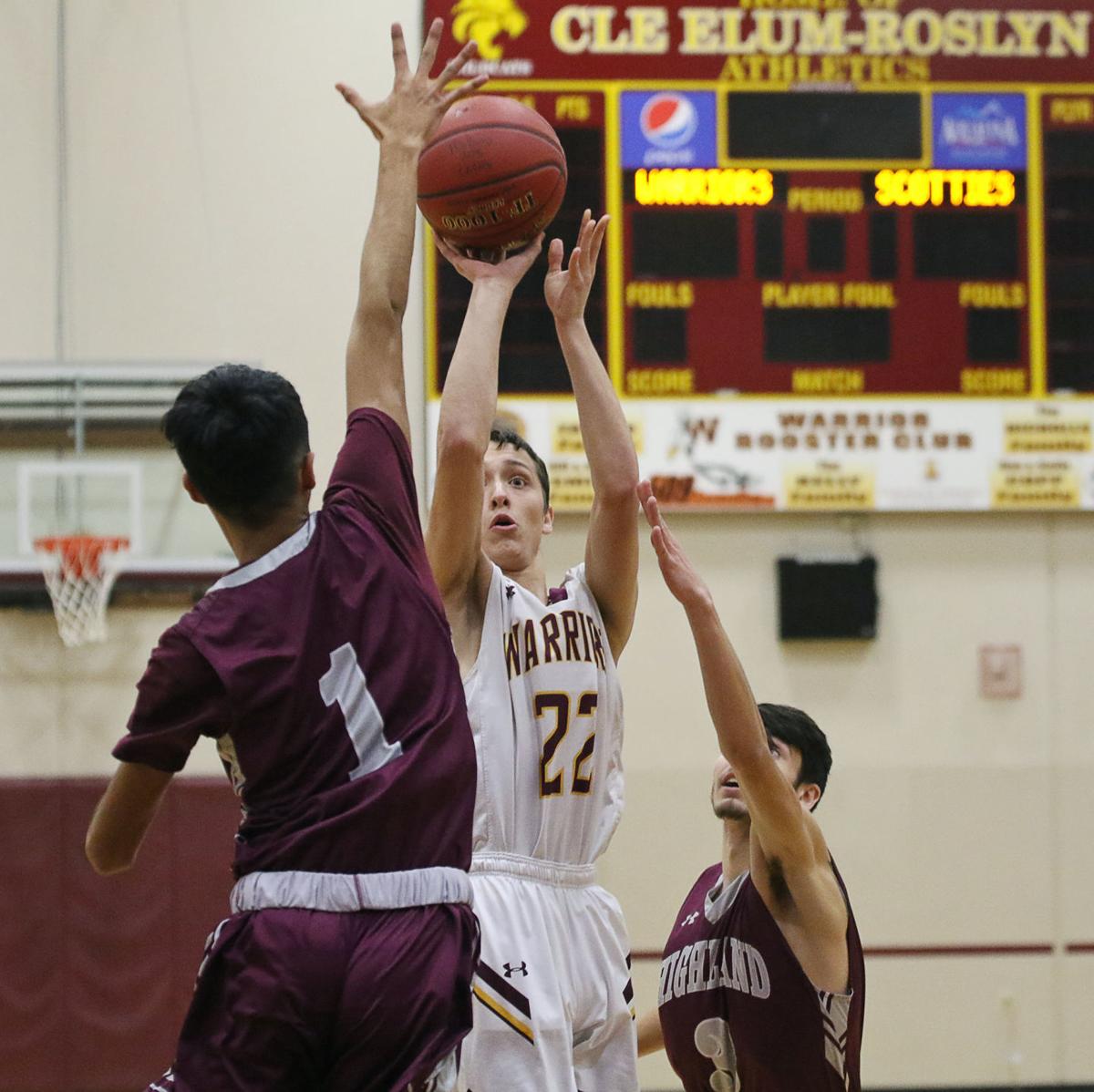 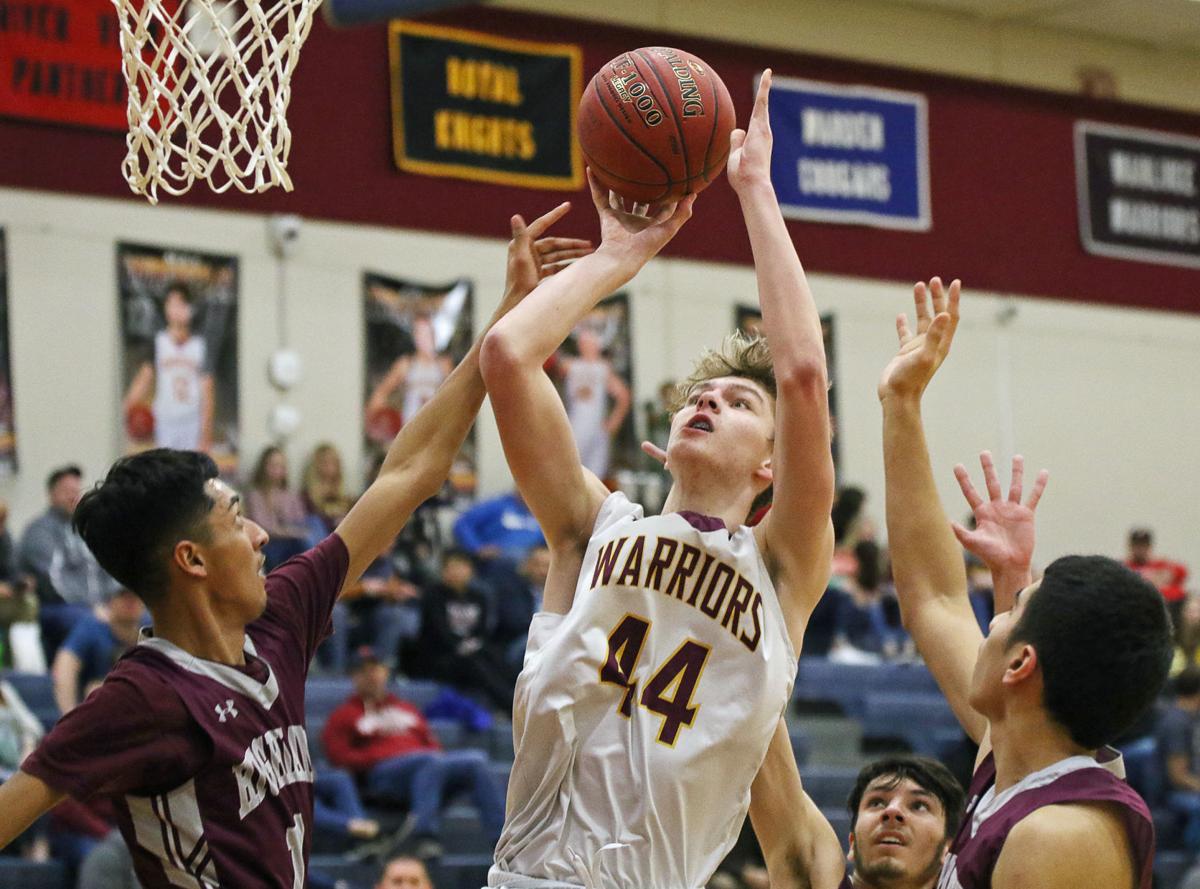 CLE ELUM – It’s been long overdue for the Cle Elum-Roslyn High School boys basketball team. And it’s been an objective that’s been on the Warriors’ mind all year long.

And that was to make the district playoffs.

The last time CE-R qualified for the postseason, some of these seniors weren’t even born yet. It’s been exactly 18 years which was confirmed by former CE-R coach Scott Malcolm.

But it came to an end on Friday night at Cle Elum-Roslyn.

The Warriors faced Highland High School and drubbed the Scotties 64-33.

“Man, I’m excited,” an exuberant head coach Eric Terrill said. “(It’s been) 18 years, a long time for a program not to be in districts. Really proud of these boys.”

The scheduling worked to the Warriors’ favor after a detrimental 77-70 loss to Granger on Feb. 1 to have both teams tied for fourth in the standings (top-4 in SCAC West and East move on to districts). A win there would have guaranteed CE-R a berth to districts no matter the outcome versus Highland. But with the loss, the Warriors needed a win in the final regular season game to avoid any tie-breaker scenarios with Granger.

“If we would have beat Granger, we would have sealed our fate at that point,” Terrill said. “By them getting us here by seven, that forced us to have to win this game.”

The energy was present from the start, and for plenty of good reasons.

Not only was it a must-win at home and on Senior Night, CE-R started three seniors it normally doesn’t, one of them being Dante Del Giazo who’s been hampered by an ankle injury.

He limped out on the court donning a pair of black converse and hung around the wing on the opposite end of the court as the rest of his teammates played defense.

The plan was to have him score at least one basket, and after missing his first two 3-point attempts — which both nearly went in — he drained it on the third with a defender in his face which had the crowd erupt.

CE-R called timeout right after and pulled him out of the game as the team, and the crowd, commemorated.

“The whole season I’ve told coach (one of the assistants) that I was going pull up a 3 from the volleyball line because I can make them,” Giazo said while wearing a boot on his right leg. “If I didn’t hurt my ankle, I would have had a good game. It was like my final goodbye.”

This was planned just minutes before tip-off in the locker room. And Gage Ellison let him borrow his size 14 pair of converse which were just a little too big for Giazo (size 11).

“I wanted it to happen,” Giazo said.

Giazo’s triple put the Warriors on top 3-2. Highland scored on the next possession, but CE-R went on a 12-2 run, making 5-of-5 of its shot attempts in that span, 15-4. Six of those points came from senior Max Weeda.

Highland later cut the deficit to eight after a pair of free throws before the end of the quarter. But the Scotties never got any closer, as to open the second quarter, CE-R scored six straight points with four coming out of Ellison in the post, 26-9.

CE-R (8-12, 5-7 SCAC West) kept Highland to six points in the second quarter and went into halftime holding a comfortable 34-15 advantage.

The Warriors are set to play River View High School (19-1, 11-1 SCAC East) at districts next week. River View is the No. 1 seed out of the East division.