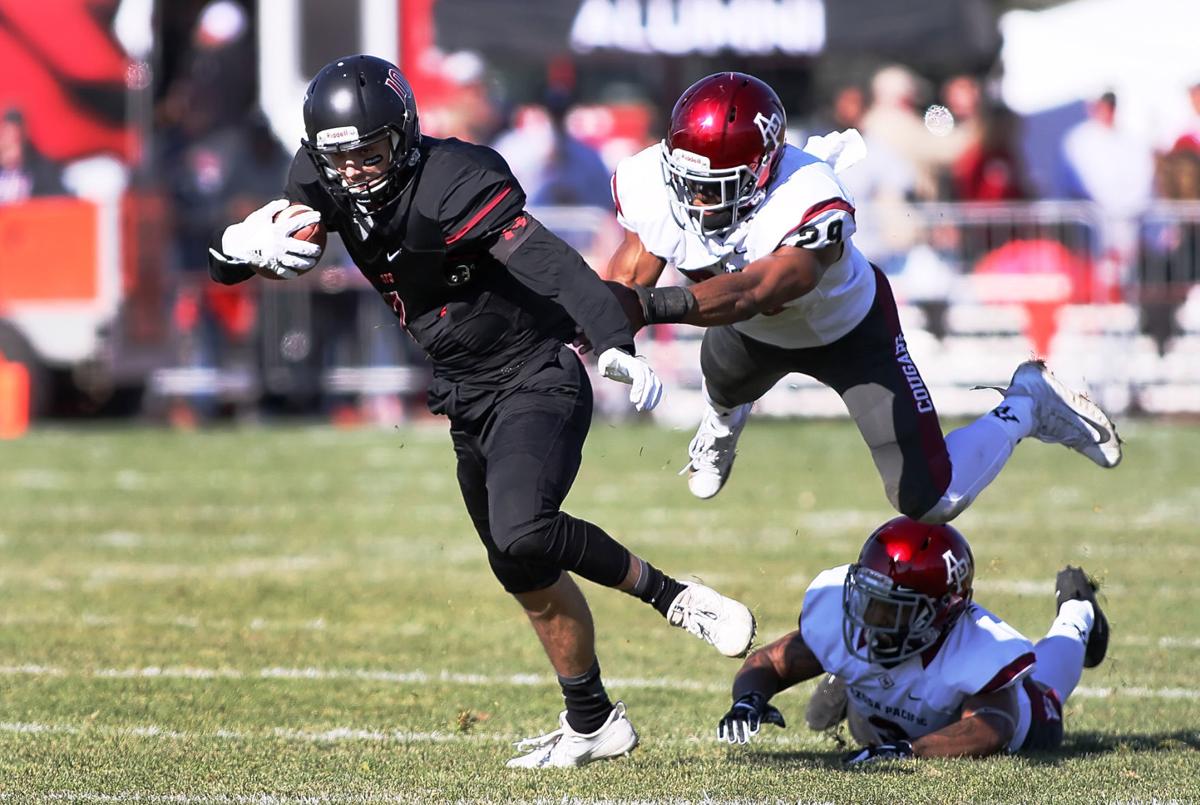 It seemed like there were always veteran players for Central Washington University lined up at the wide receiver position.

There were seniors Nate Rouda and Justin Peterson last season and a three-year starter in Jesse Zalk prior to that.

But with all these guys having graduated, the Wildcats will now have to rely on a younger group of receivers to come though.

Central Washington has three wide receivers with playing time from last year. The rest redshirted or transferred in from other schools.

“There are going to be some new guys,” said CWU head coach Ian Shoemaker. “There is some length and some acceleration that we like, and while some guys have had three or so years of experience in the system, these guys are still growing as far as where they need to be.”

Redshirt freshman Tyson Rainwater arrived in Ellensburg last season and knew he was going to redshirt, but he had no problem with it.

“I was sitting behind some very smart receivers and stayed in the classroom with coach Gibson to learn defenses,” Rainwater said. “I learned from everybody and it really helped.”

Rainwater already had glimpses of what he was capable of during last April’s spring game, but now he has confidence that this group can be even better.

Out of the young group, Archie has the most experience as he played in all 12 games but only recorded four catches for 37 yards.

“We just have guys that want to come out here and work,” said junior wide receiver Jojo Hillel.

Hillel arrived at Central Washington looking to battle for the starting quarterback job, but after losing out to Eastern Washington University transfer quarterback Reilly Hennessey, Shoemaker had the idea to move Hillel to wide receiver.

In his first season, he caught 17 passes for 194 yards and three touchdowns. This season he looks to improve on that.

“We have a bunch of young guys eager to learn and I’m going to have to step up,” Hillel said. “I need to get them going because once it is rolling, this train isn’t going to stop.”

Although the run game might be more prominent in the no-huddle style offense, Hillel knows how a group of wide receivers knows makes an impact. The Wildcats finished fourth in the GNAC in receiving yards, but just two touchdowns shy of conference leader Humboldt State.

It might be just a question of when will Shoemaker and his coaches have their young receivers ready.

“We have athletes (in this wide receiving corps),” Rainwater said. “We just need to put it together. You will see on game day.”