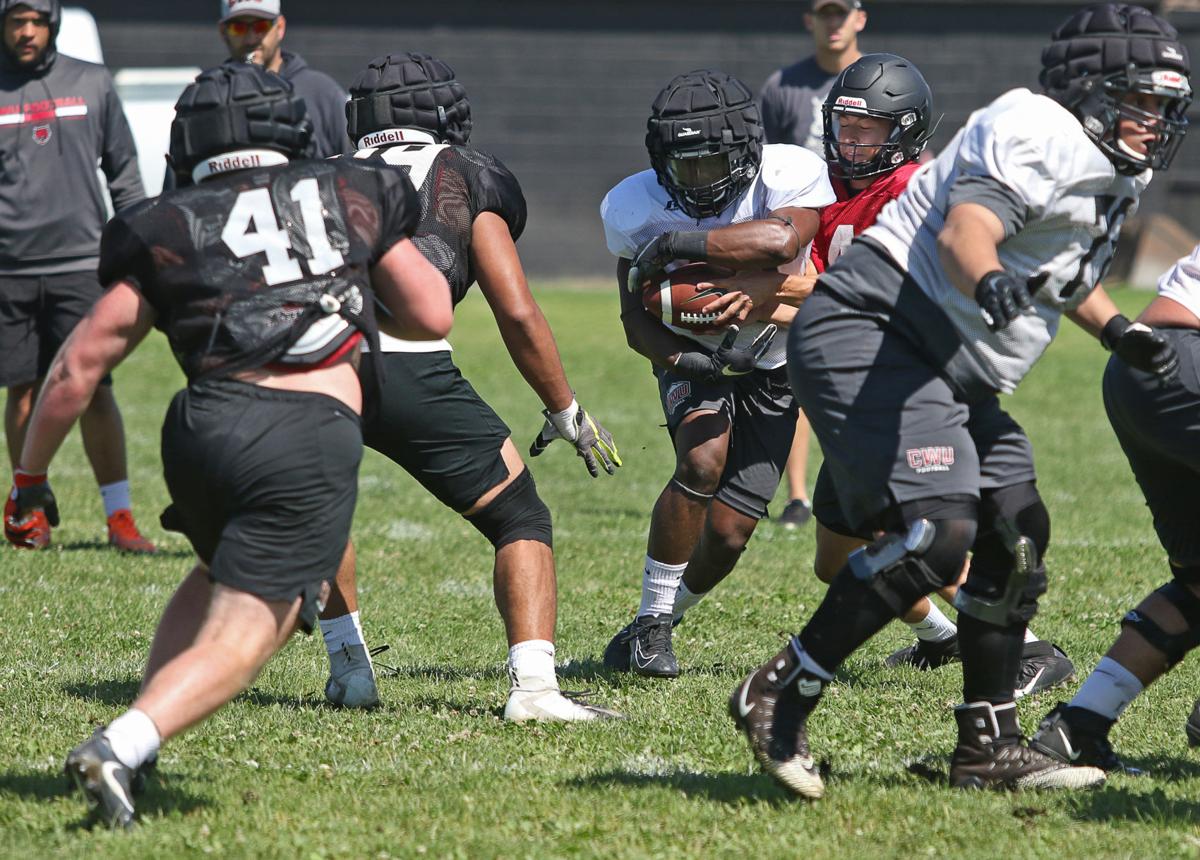 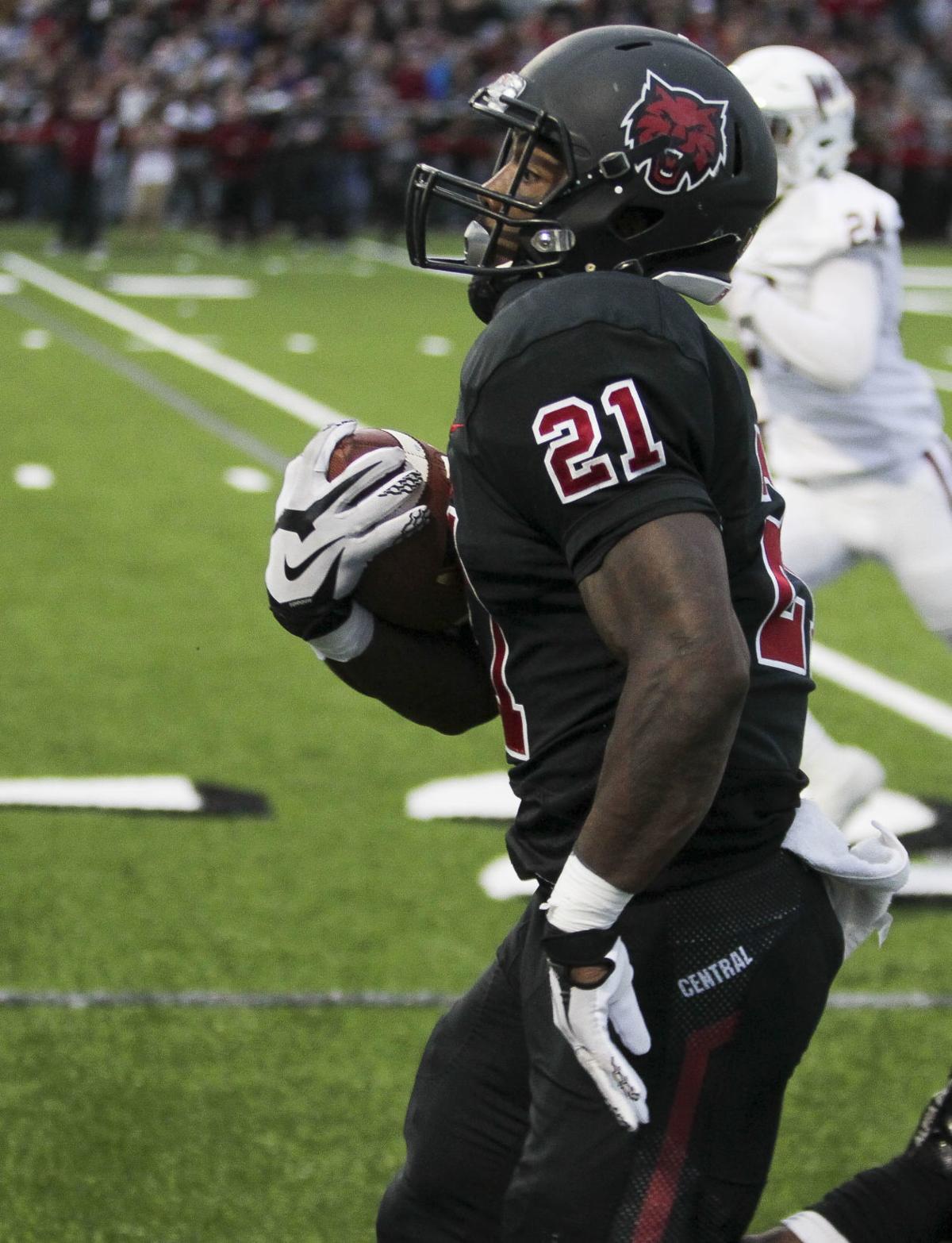 Michael Roots, a sophomore running back, sprints down the sideline on the way to a touchdown during a football game between Central Washington University and West Texas A&M on Sept. 29. Central hosts Western Oregon at 6 p.m. Saturday. 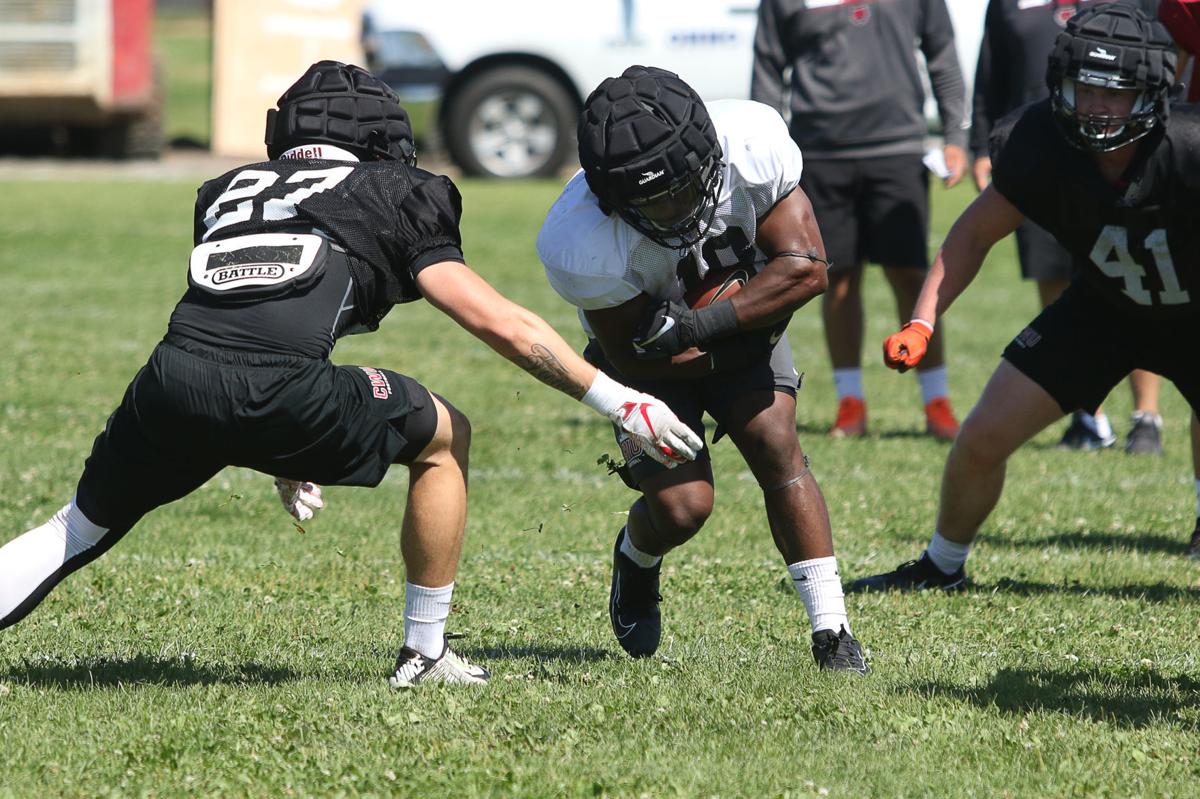 Michael Roots, a sophomore running back, sprints down the sideline on the way to a touchdown during a football game between Central Washington University and West Texas A&M on Sept. 29. Central hosts Western Oregon at 6 p.m. Saturday.

When junior Michael Roots was asked if the Central Washington University running back group was one of the most dangerous in all Division II, the question elicited a confident assertion from the incumbent starting back.

“In the nation,” Roots said. “We are tremendous athletes. We all work hard. We all get in film, playbook – we all put in the extra work.”

In all NCAA in 2018, CWU ranked in the top 30 for rushing yards per game (272.6), and most of that yardage came from the tandem of Roots and Cedric Cooper. Both runners surpassed 1,000 yards each and had a total of 27 touchdowns between them. For Division II, CWU ranked sixth in yards per game.

This cohort very right could be, though. With additions of Weber State University transfer Eric Wilkes and University of Montana transfer Rey Green (not to mention senior Zach Floyd who transferred over from Portland State University last season, but missed all of 2018 because of injury), it adds much more depth to complement one of the best running backs in Division II – Roots.

“We got a lot of weapons in the backfield, it’s not just me,” Roots said. “We as a group are a four or five-headed monster. Last year was two, now it’s more.”

The committee approach has paid dividends for CWU, and it can be expected that CWU runs with the same formula this season especially with the talent behind the GNAC Newcomer of the Year.

“It helps when you can take your starter out and bring in a guy that’s just as talented,” said running backs coach Jack Singler. “I think when you have that depth, it really makes them, A, compete against each other, and then makes them stay fresh and getting ready. When one guy comes out, the next guy is in and it shouldn’t be a drop off for us.”

Not only having Green added to the team was a big plus but so is Wilkes.

A junior transfer, Wilkes spent two seasons at Weber State before suffering a high ankle sprain in the very first play and game of 2016 versus Utah State University, which put him in a medical redshirt.

According to Wilkes, there was an altercation in that same season and he decided to leave the university.

After two years of no football, CWU offensive coordinator Kelly Bills (former coach at Weber State) reached out to Wilkes to see if he would be interested in joining the team.

Wilkes played in all 12 games as a true freshman in 2014. He tallied 184 yards on 58 carries with one touchdown. As a sophomore, though, is where he burgeoned.

He earned Big Sky All-Conference honors as a running back (honorable mention) and kick returner (second-team). He led the Big Sky in kick-off return average (28.9 yards per return), and also had a 100-yard return for a score.

In the backfield, Wilkes amassed 662 yards on 153 carries with five touchdowns. His career-high was 122 yards on 22 carries versus Northern Colorado.

Wilkes was excited to join such a keen group.