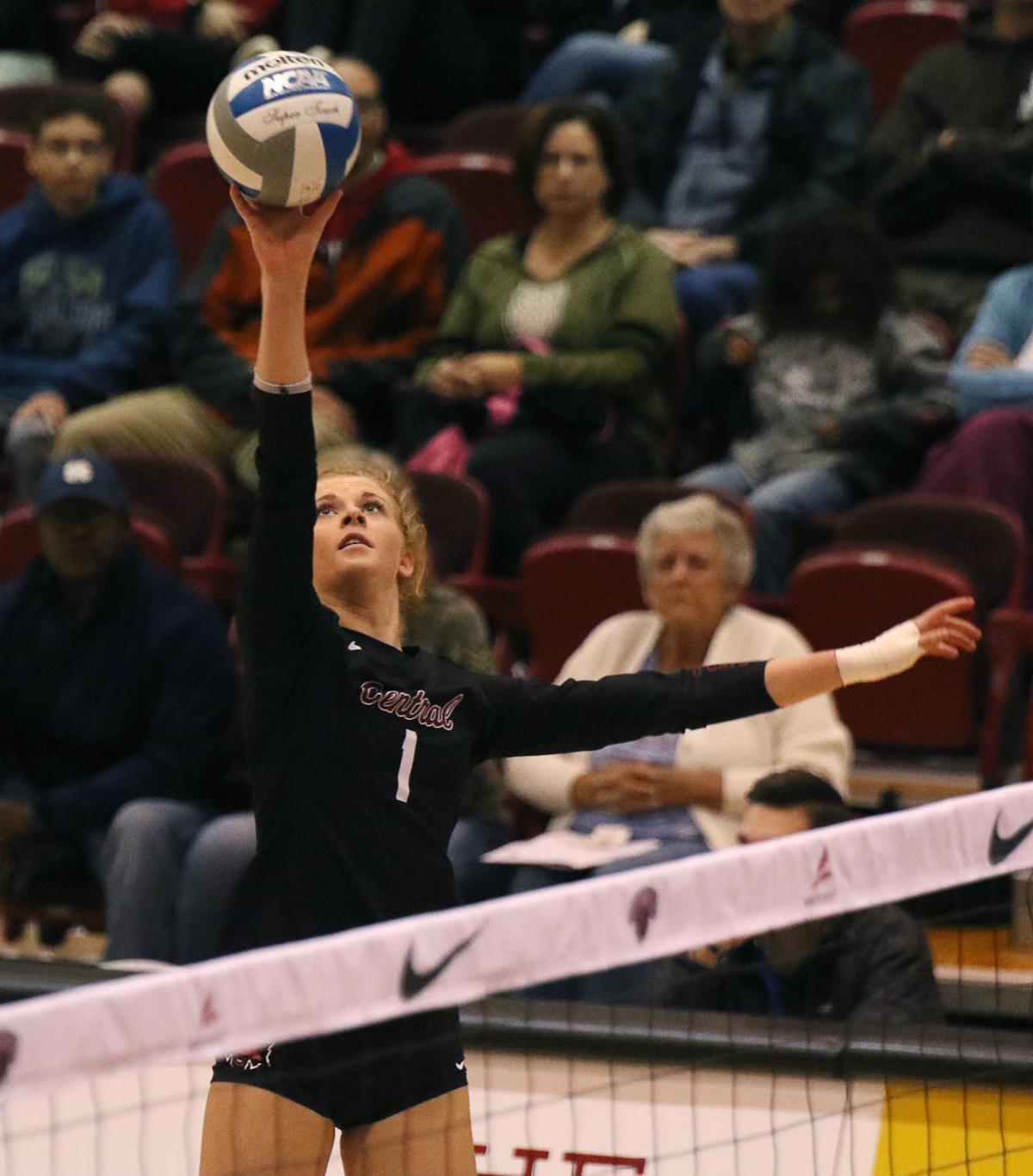 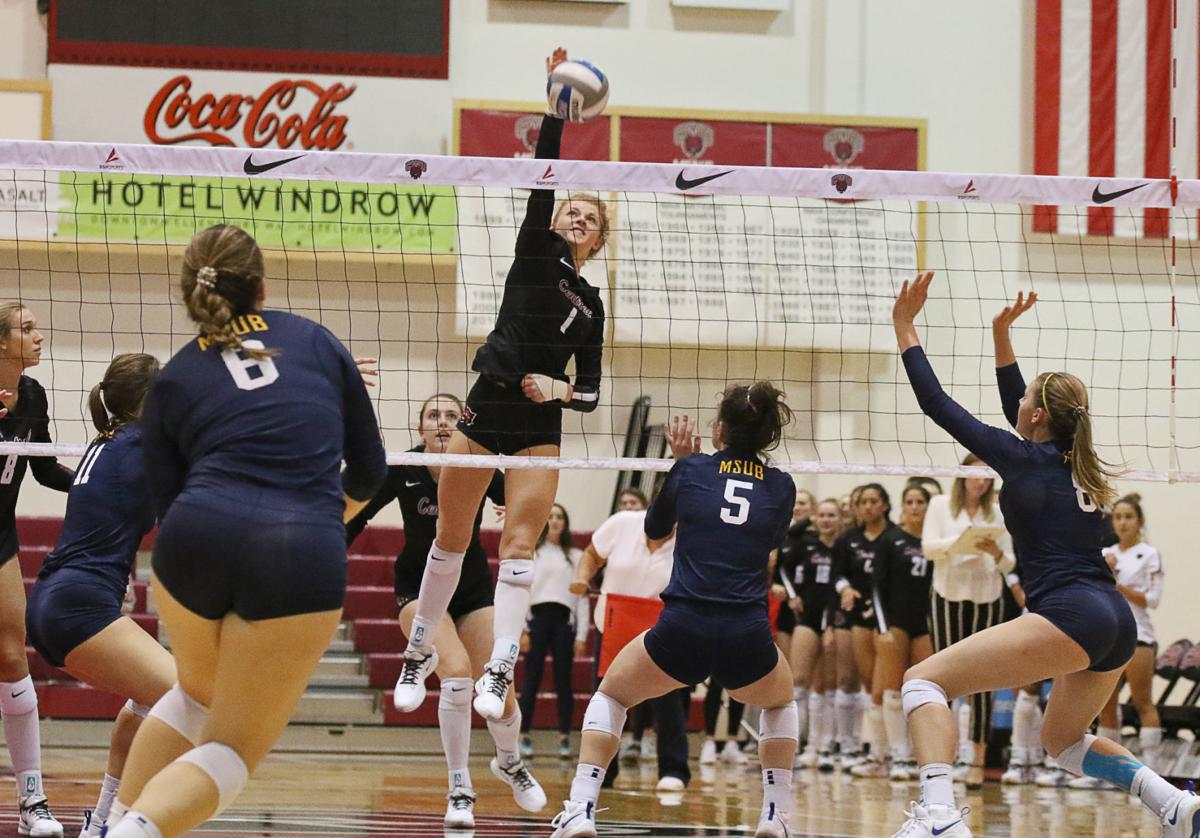 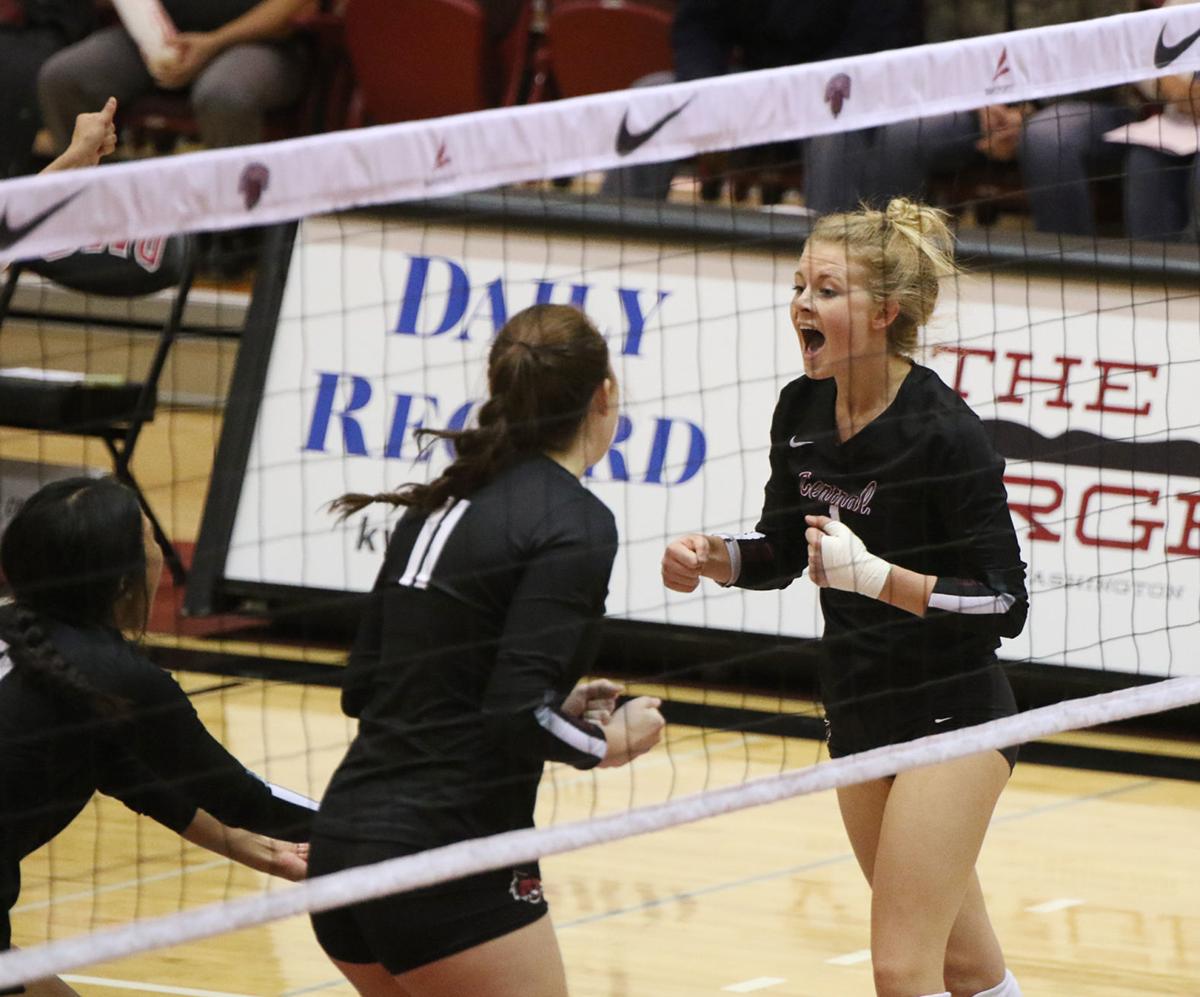 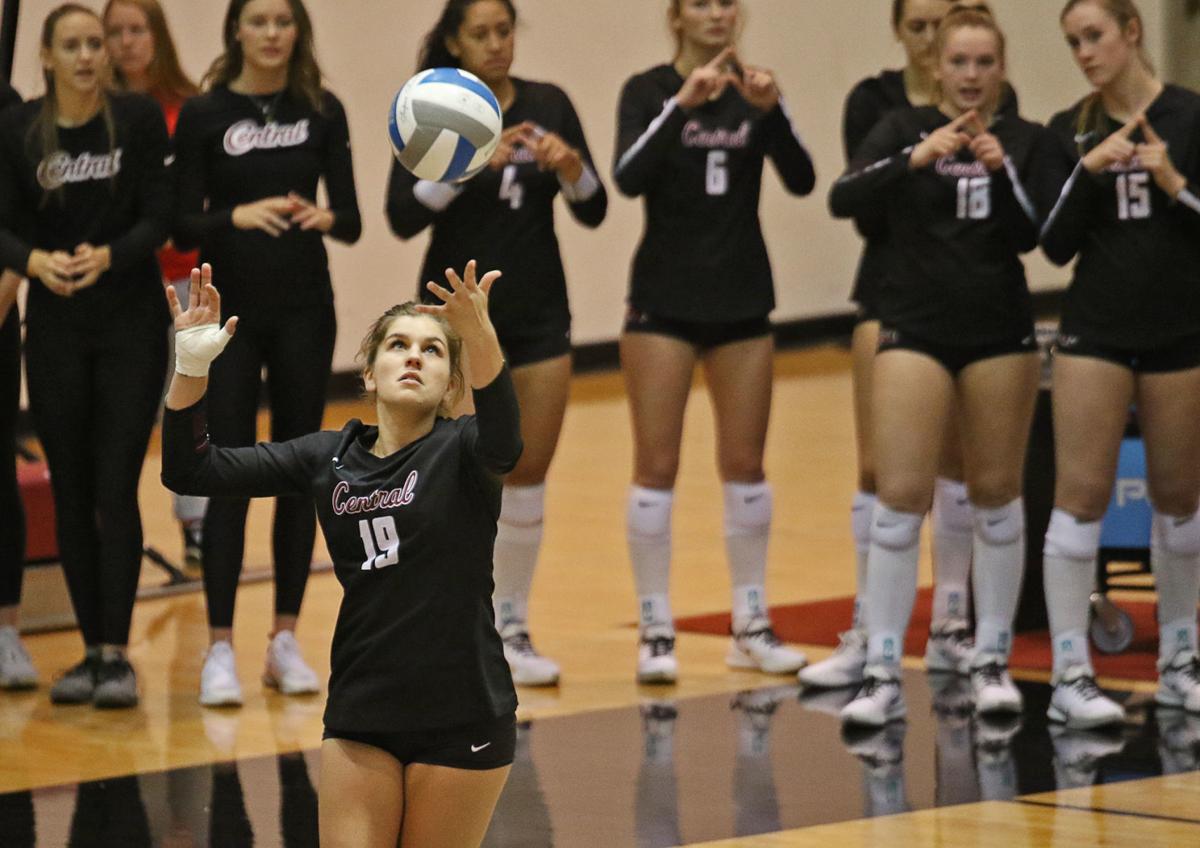 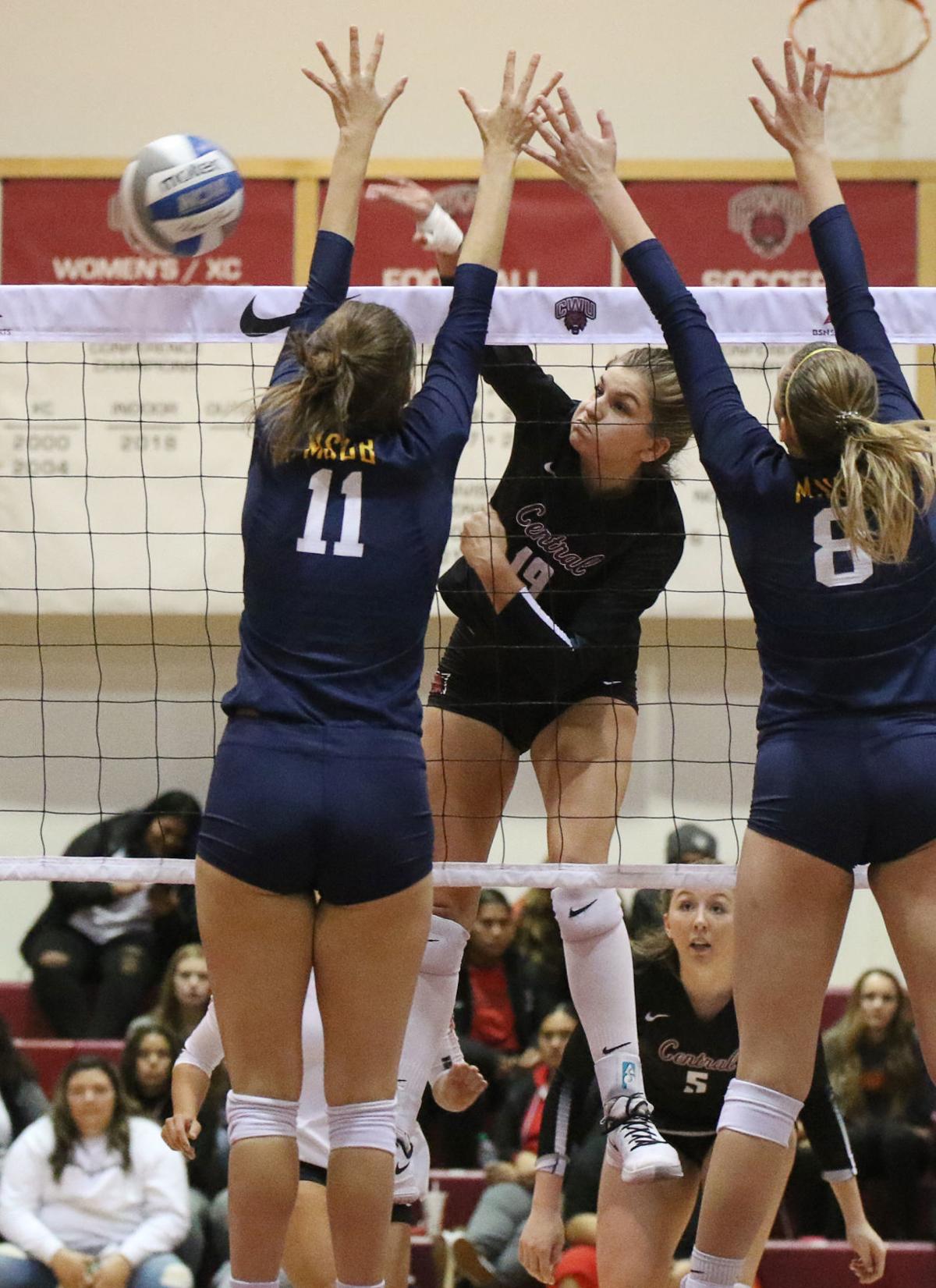 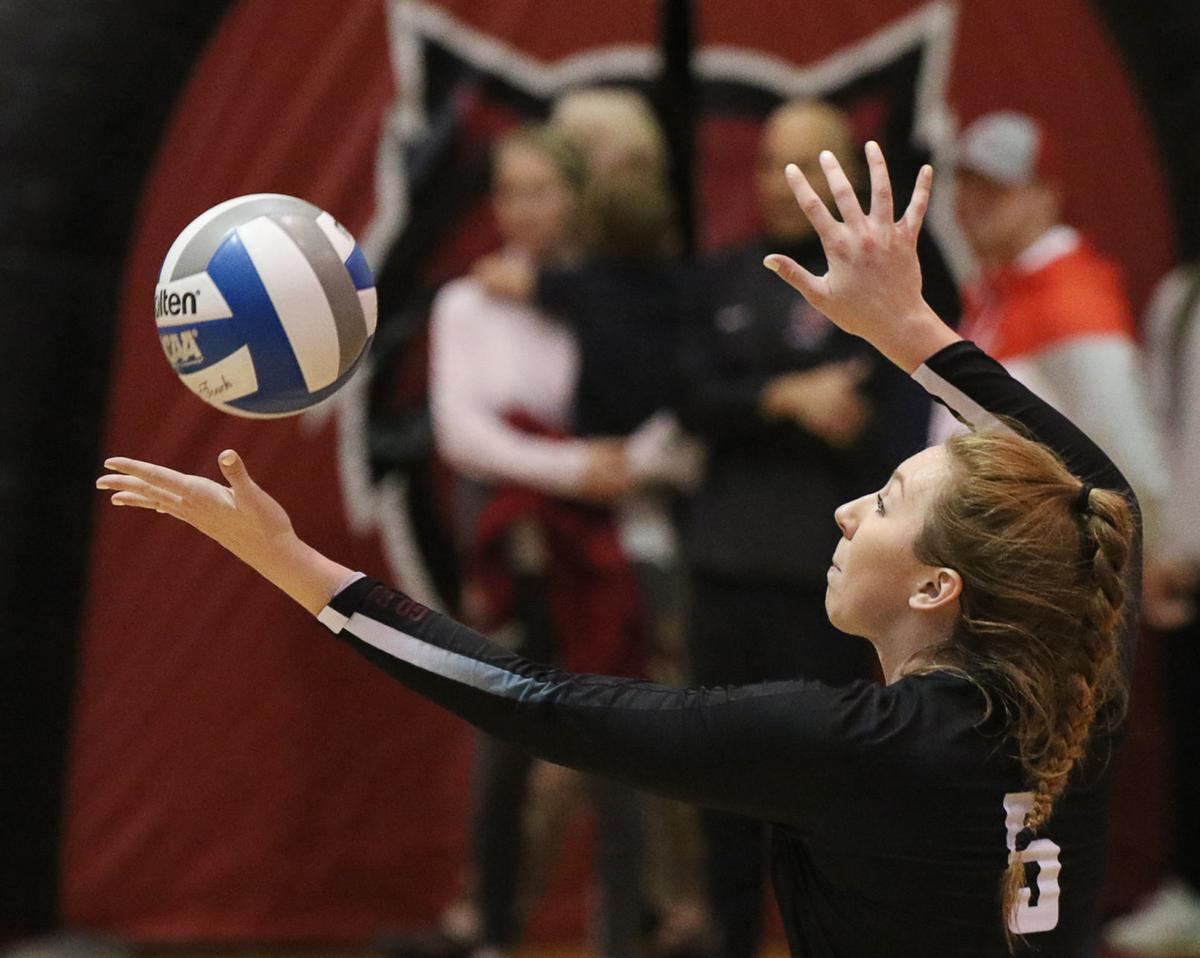 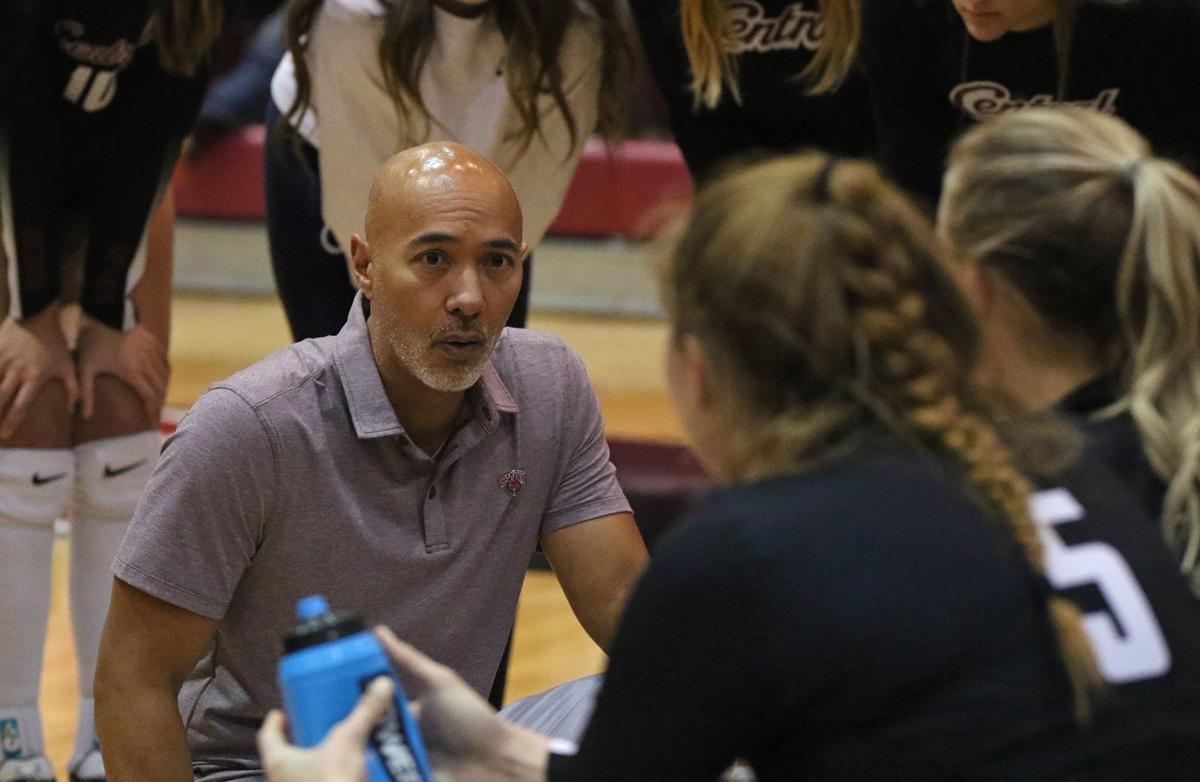 Central Washington University’s head volleyball coach Mario Andaya speaks to his players during a timeout against Montana State Billings in a match earlier this season the Nicholson Pavillion. 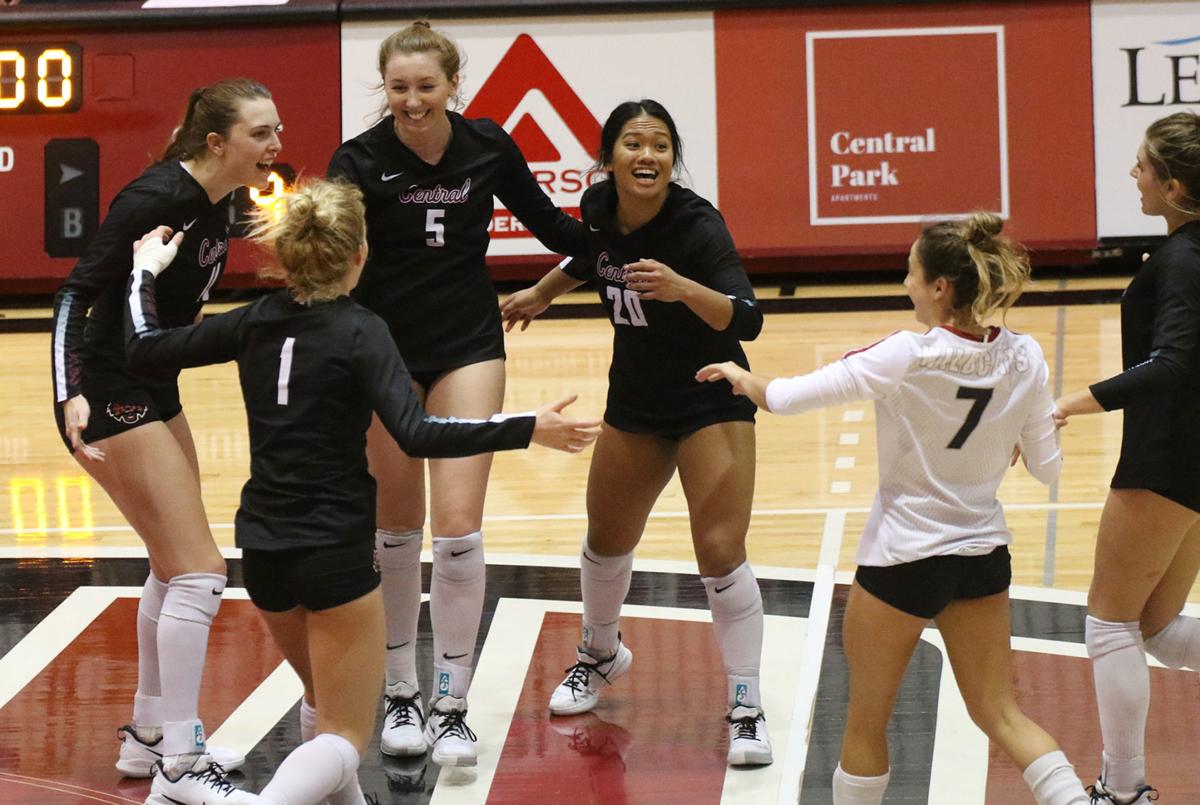 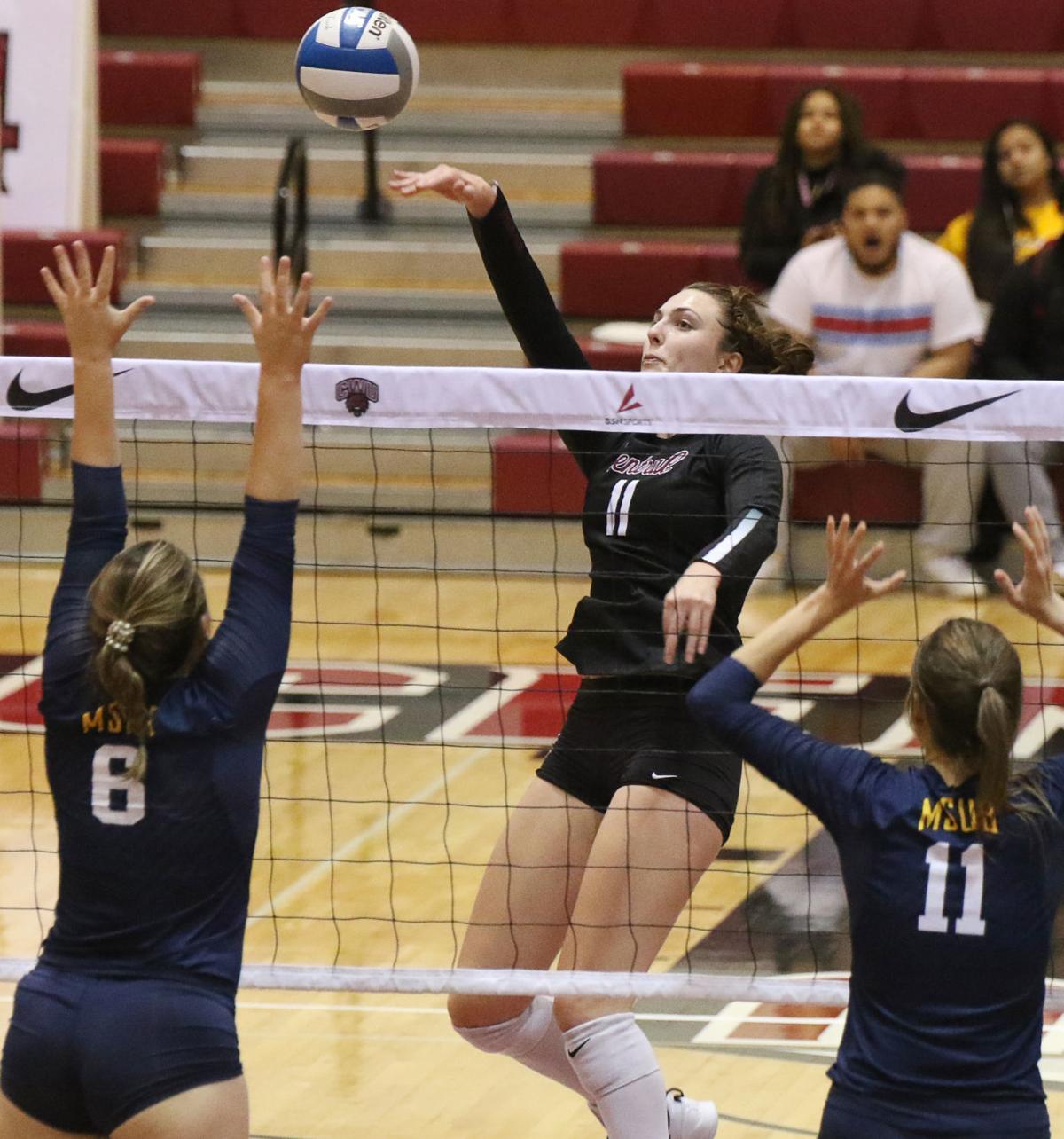 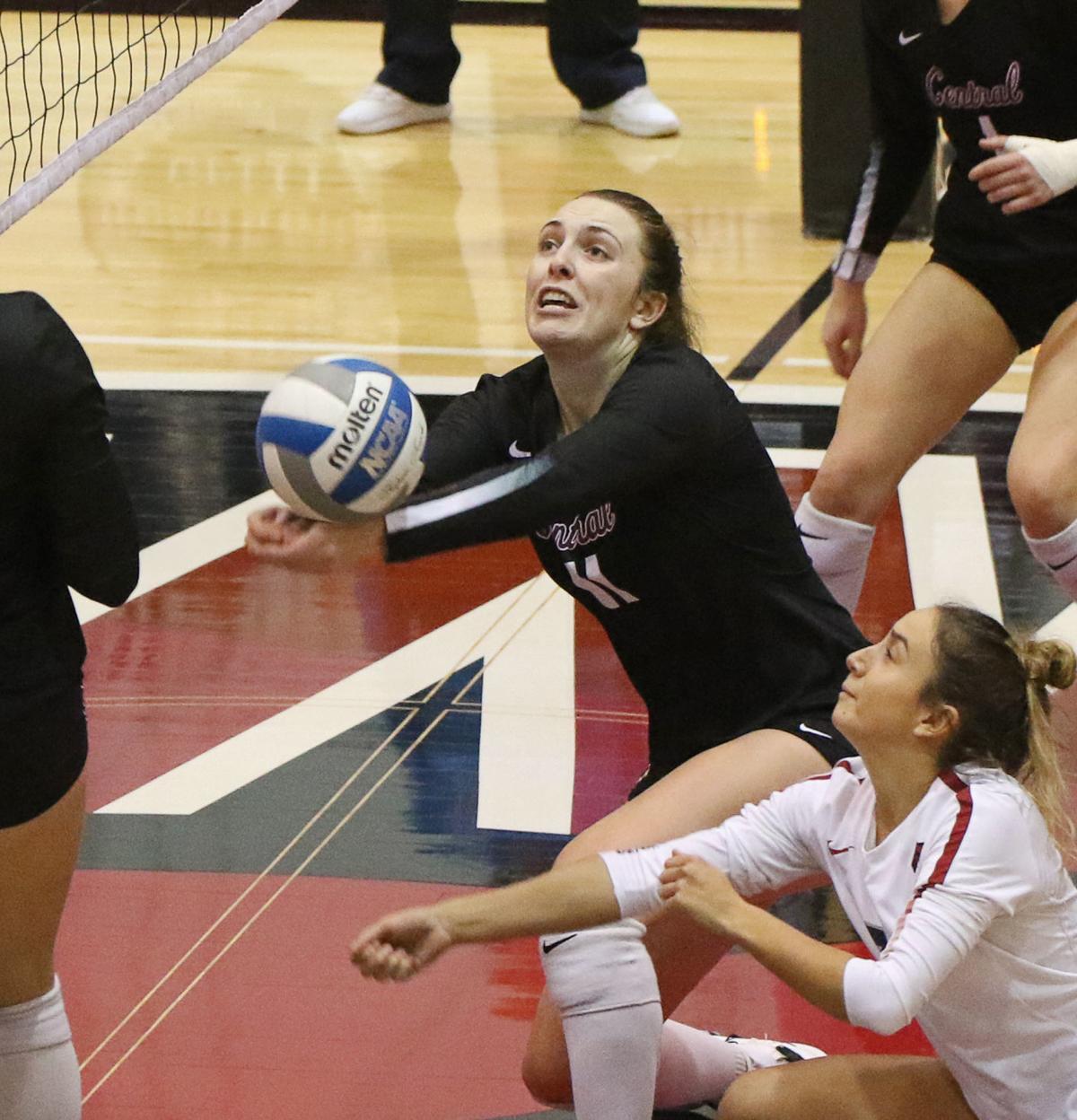 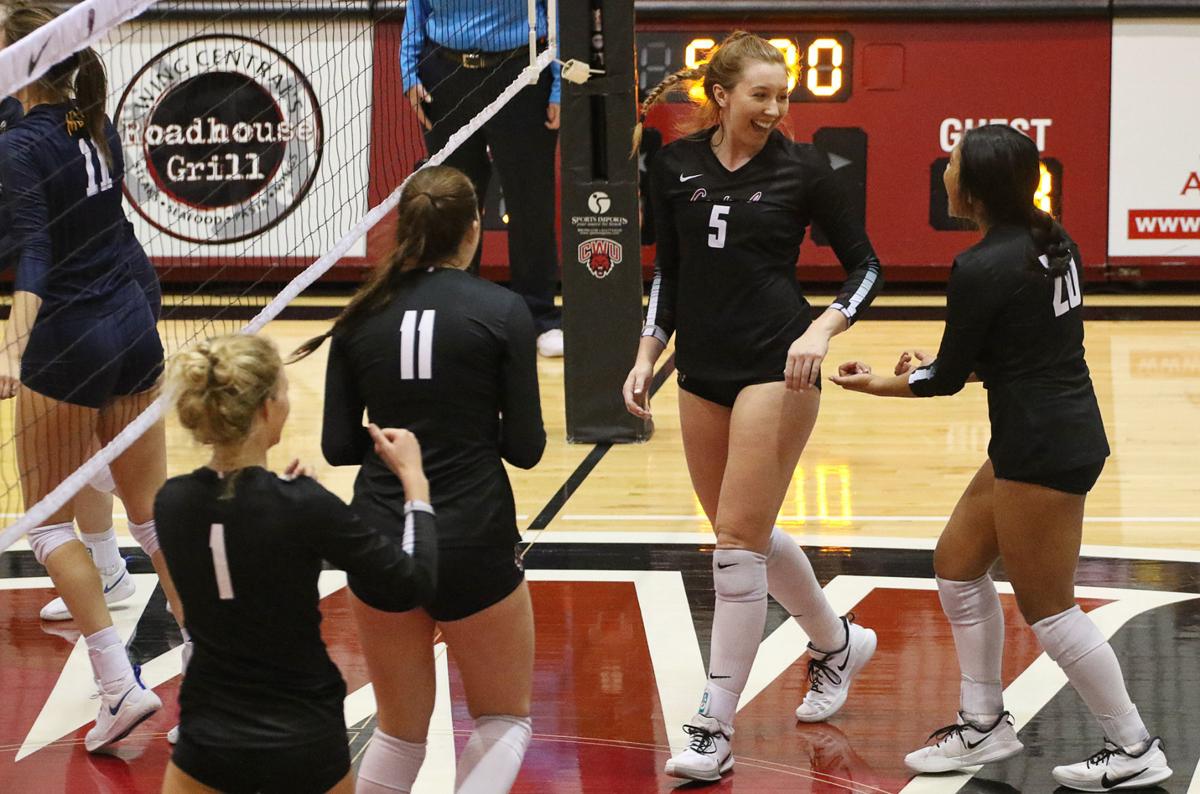 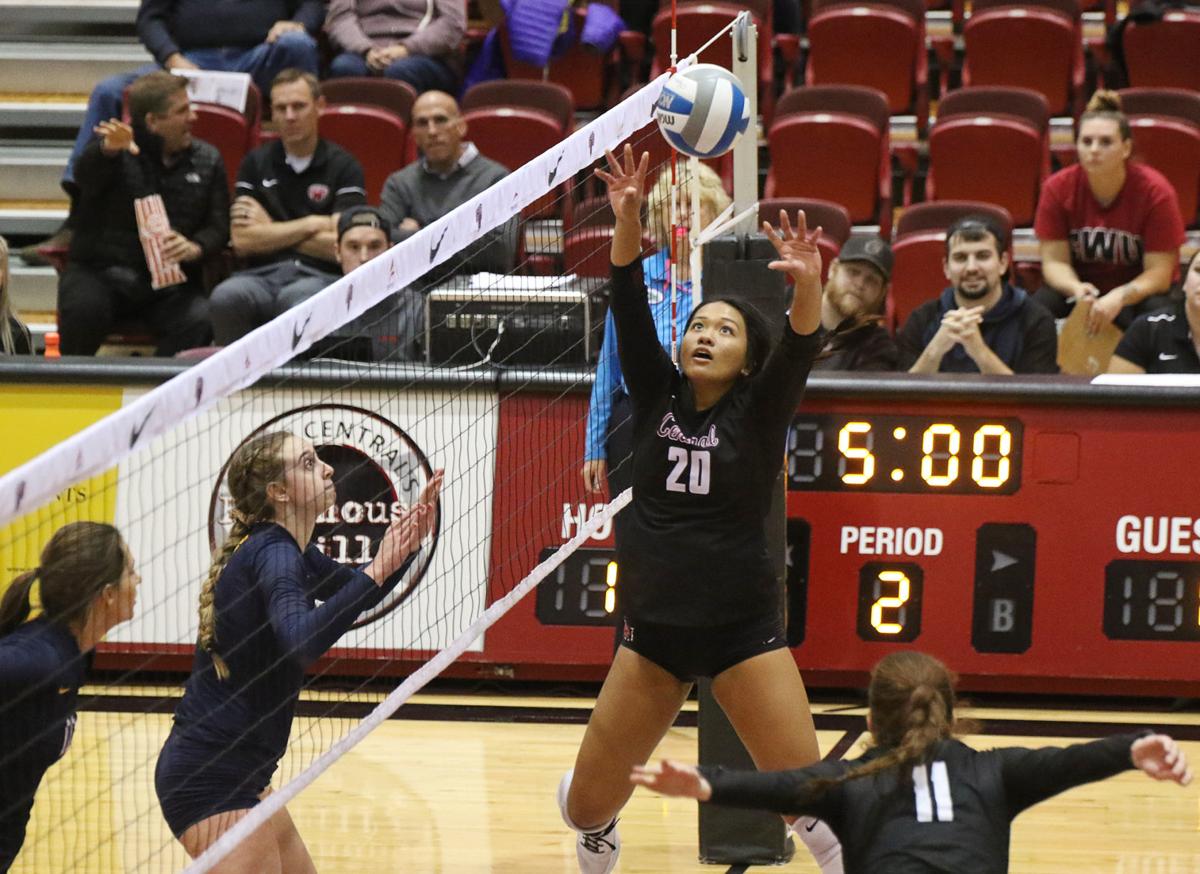 Central Washington University’s head volleyball coach Mario Andaya speaks to his players during a timeout against Montana State Billings in a match earlier this season the Nicholson Pavillion.

With sophomore hitter Lexi Schamadan back into the lineup for the second time this week after sitting out for nearly a month due to a torn ab muscle, she feels 100 percent and had respectable performance for the Wildcats with 10 kills in its 3-0 (25-22, 25-18, 25-18) win over Montana State Billings at the Nicholson Pavillion.

“Everything for us right now is critical,” said head coach Mario Andaya. “We can’t get that far behind in conference to have a shot. We did some good things in the preseason for regionals, but these are regional matches, too, in conference. That was kind of a must-win, so it was good to respond.”

The win puts the Wildcats sixth in the GNAC. Western Washington remains undefeated in conference (7-0) and trailing them is Alaska Anchorage (6-1) and Alaska (6-1).

Defensively, the Wildcats held the Yellowjackets to a .096 hitting percentage.

“I thought as a team, we played a lot more connected,” Morgan said. “It’s just really nice to see what we’re working on in practice come into play, and we pulled out the win tonight which is always a positive.”

CWU committed only 13 hitting errors on the night compared to the 31 versus Northwest Nazarene on Tuesday.

“I think the biggest difference, you know, we played together as a team a little better today,” Andaya said. “And even though it was rough sometimes, we got out of it as a team. The last few matches when we hit some adversity, we kind of went our separate ways a little bit — kind of got clouded as a team — so we did a better job that way. Just kind of solving some problems out there together.”

CWU and Montana State Billings were tied only twice, both in the first set. The match was square at 7-7 before CWU went a few points ahead and maintained its lead en route to a 25-22 opening set victory.

In the second set, leading 10-7, the Wildcats orchestrated an 8-0 run, 19-8. But the Yellowjackets did cut the deficit to five with a brief run, but Morgan’s ace and an Ashley Kaufman kill ended the set, 25-18.

Leading as much as eight in the final set, CWU closed the match with another 25-18 set victory.

Andaya said the kills have been lacking before Thursday’s performance, so having Schamadan return adds another potent arm on the court.

“I’m just happy that I was able to come in and play the role that they asked me to play,” Schamadan said. “My teammates were really supportive and encouraging of me stepping in after I was out for a little bit. Their confidence in me was huge and the least I could do was give them the support that they give me.”