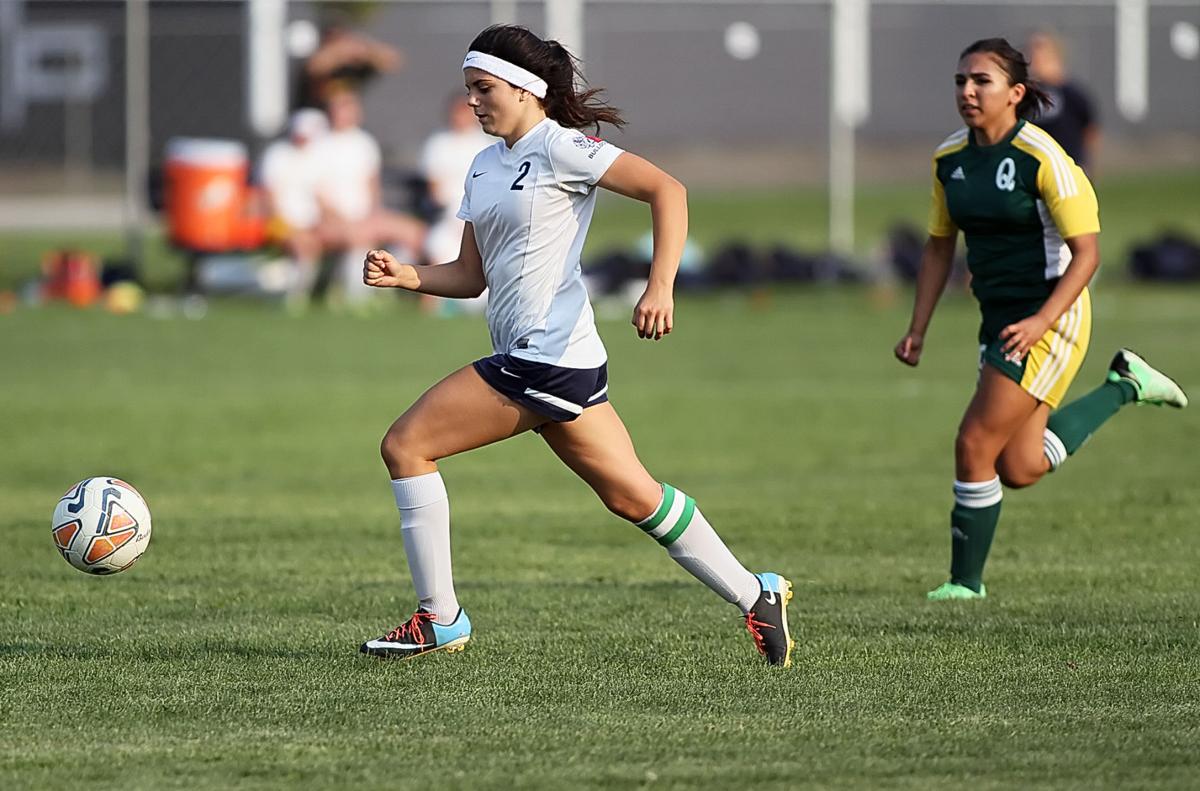 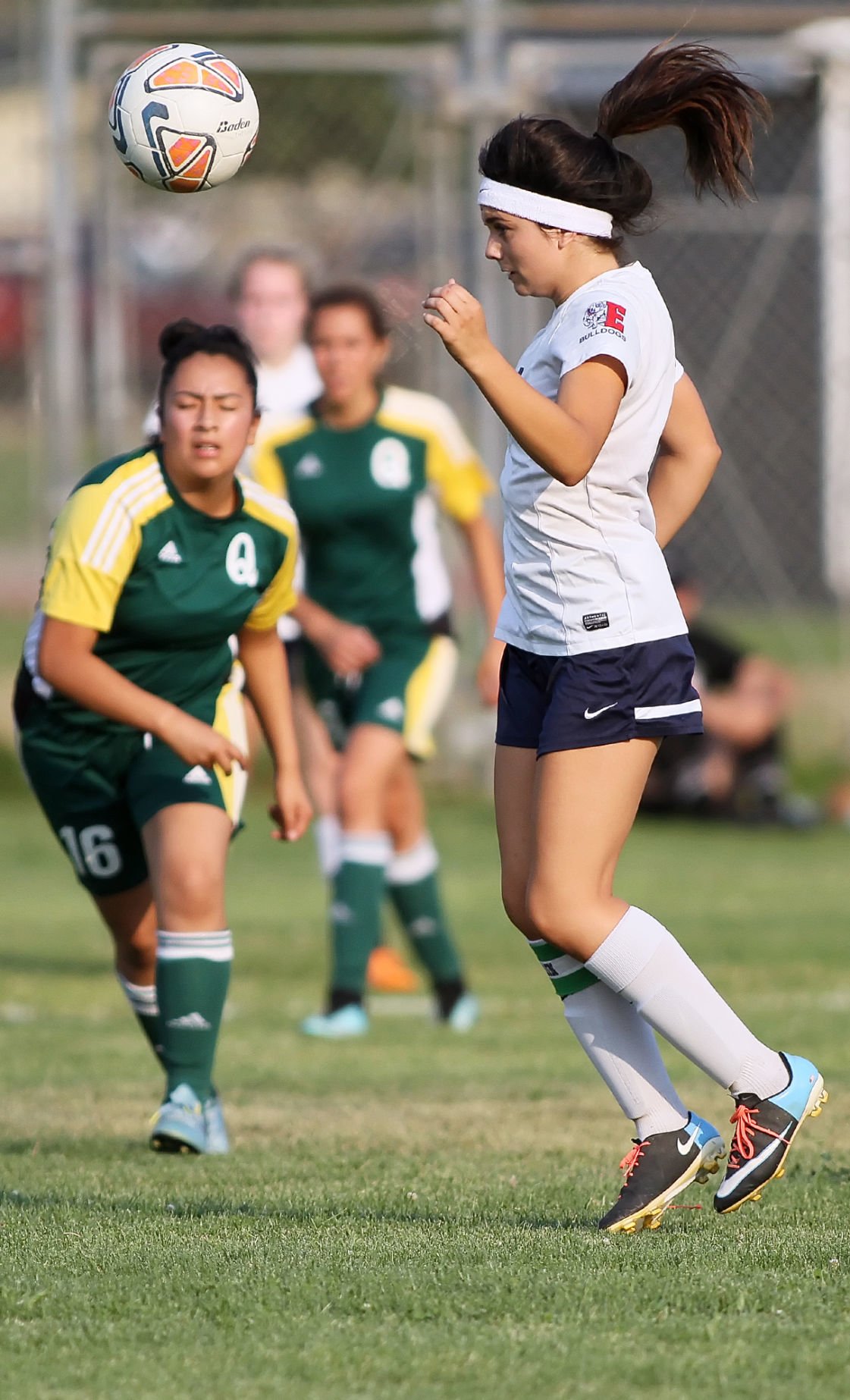 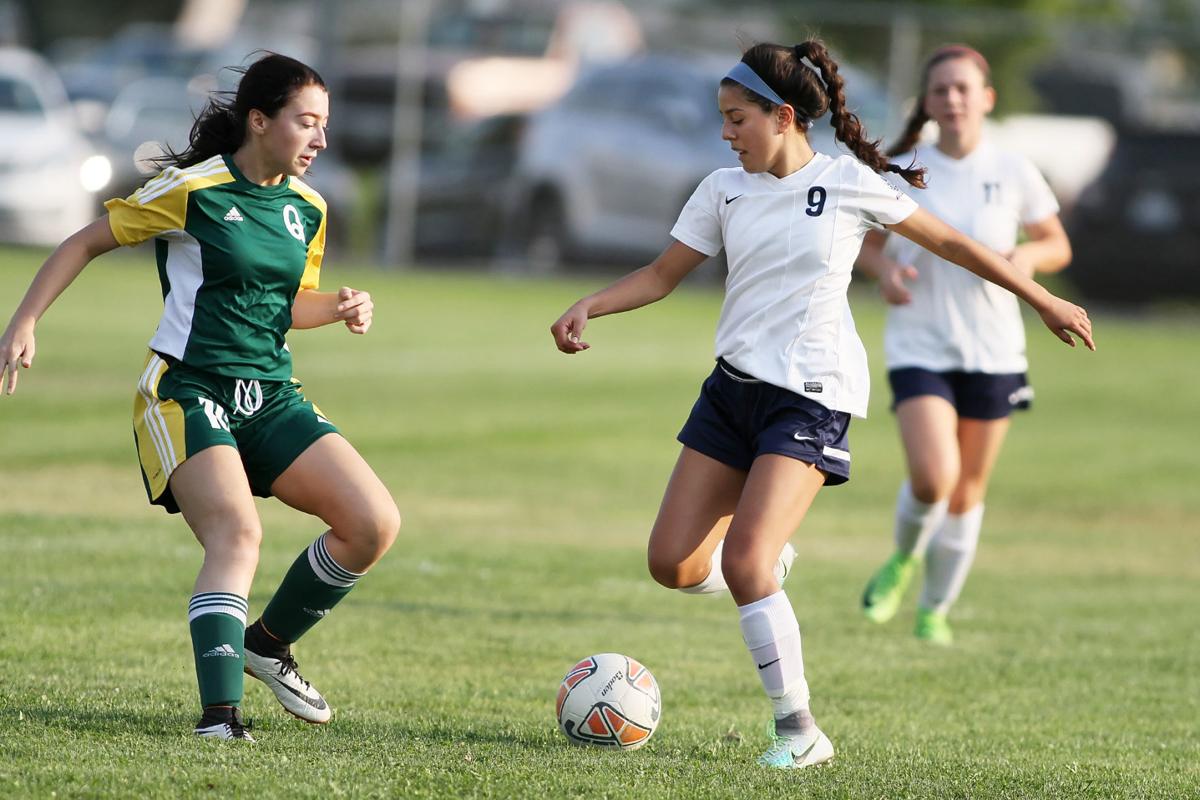 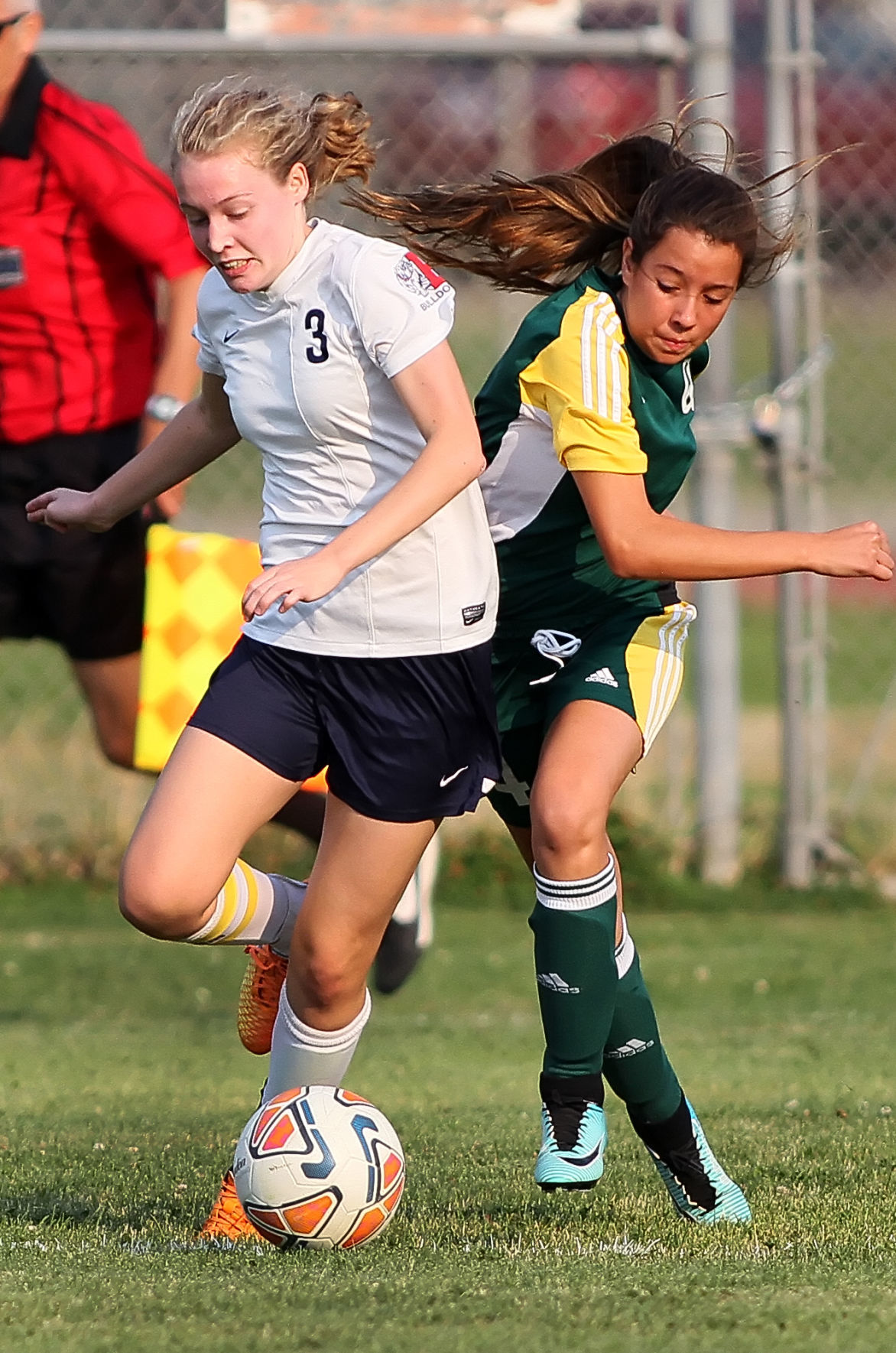 After Ellensburg High School girls soccer’s 5-0 win over Quincy High School Tuesday afternoon, head coach Kyle Hatch huddled his team together, grabbed a clipboard, began drawing what they needed to improve. He reminded his players they are not playing in a gym anymore.

Hatch was referring to tight spacing out on the field that hurt their tactics and shape at times. The team has been playing inside because of wildfire smoke this month.

“It’s just a tight space so you don’t get the feel for positional awareness,” Hatch said.

It did not matter that junior midfielder Jayleen Sanchez was playing on the wrong side of the field that the ball was on because she still found a way to put the ball in the back of the net.

“She has really good feet, she’s a confident player, (and) she’s looking more likely to score this season than she did last season,” Hatch said.

This was similar to the last meeting with Quincy as Sanchez opened that game with two early goals.

Ashley Higdon scored another goal two minutes later to give Ellensburg a 3-0 lead.

Senior striker Hayley Cantu also scored her first goal of the season in the 18th minute.

“My job this year as a striker going in is I knew I needed to be scoring most of the goals,” she said.

Quincy began pressing in the 35th minute earning a corner kick and its first shot from junior forward Mallory Roduner.

After that press from the Jackrabbits both teams began to run out of gas.

“I think towards the end of first half everybody looked a little winded,” Hatch said.

Ellensburg was leading Quincy in shots 14-1 at halftime.

Ellensburg started off the half strong with three early shots by Mckenzie Egan during the first five minutes of the half.

Cantu converted another goal to make the score 5-0.

“She looks sharp as always,” Hatch said. “This season she’s been training really well, (she) looks really quick — a squirrely type striker that can shoot with both feet. I think she’s got a good season in front of her without a doubt.”

Nobody scored any goals for the remaining half hour of the game.

In the 69th minute Egan got fouled just outside the goalie box but she struggled to get up and had to come out of the game. Hatch called it a minor cramp and she should be fine.

Senior goalie Rose Sitton went down after the final whistle and had to be carried to the sideline by two other players. Hatch said she rolled her ankle and was getting treatment for it postgame.

The Bulldogs will face Cascade High School (Leavenworth) at home on Thursday with kickoff scheduled for 4 p.m.

“They’ve got a talented team that I think is run very well. It’ll be a lot more intense for sure,” Hatch said. “It’ll show the cracks that we need to show.”