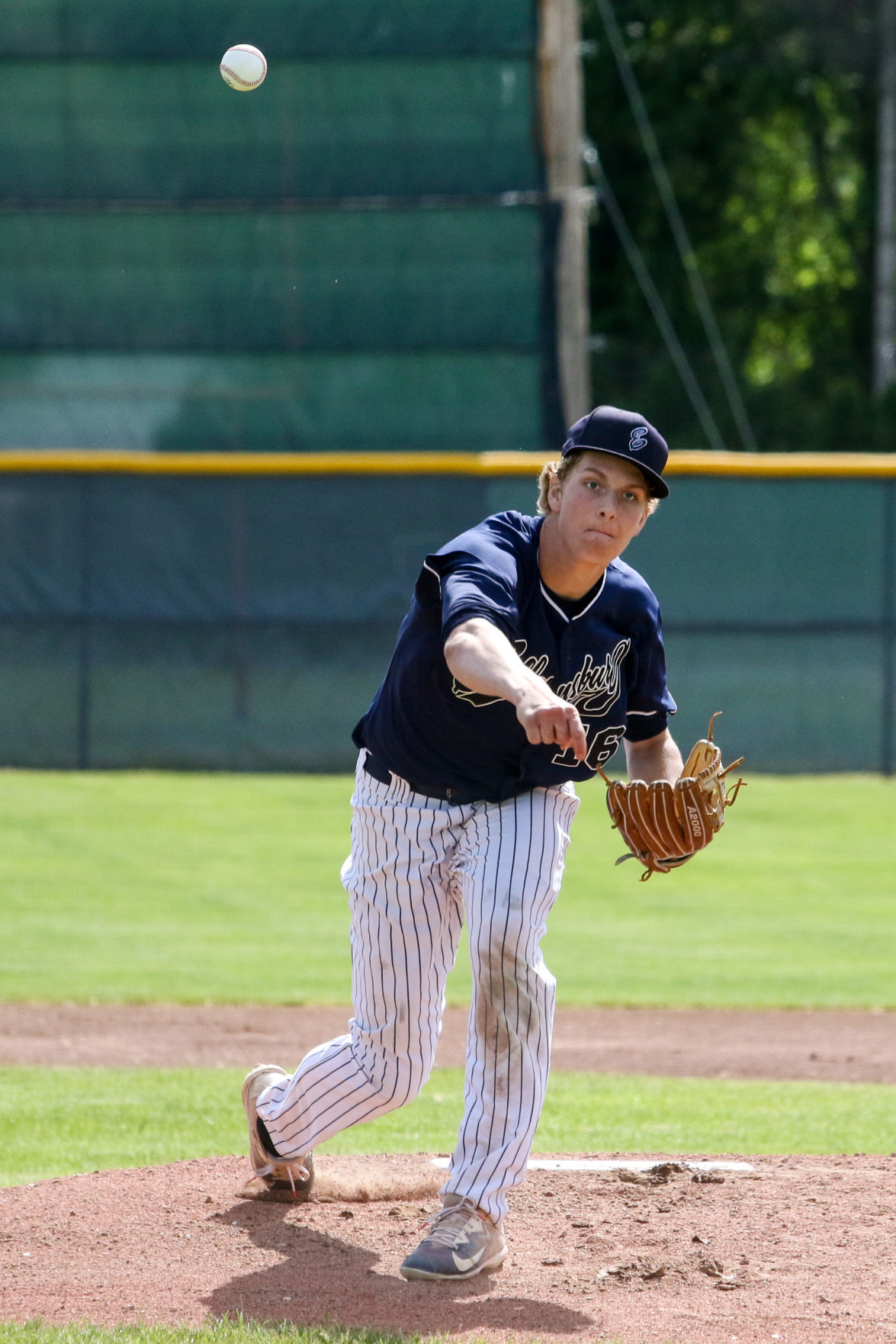 Ellensburg’s Davis Spencer, 16, pitches the baseball during the regional baseball game in Ephrata, this past season. Spencer, who will be a senior in the fall, announced he will play baseball at the University of Washington following his high school career. 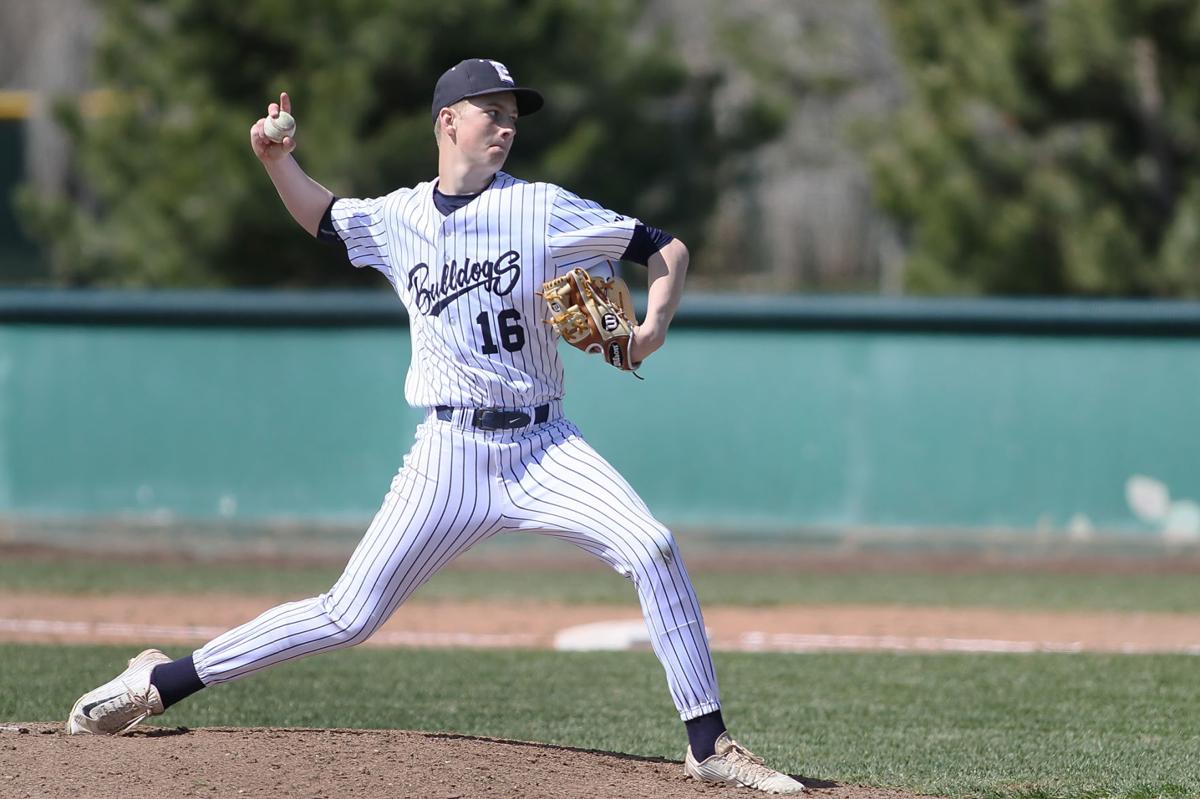 Ellensburg’s Davis Spencer (16) pitches against Toppenish during the first game of a varsity baseball doubleheader at Rotary Park in 2018.

Ellensburg’s Davis Spencer, 16, pitches the baseball during the regional baseball game in Ephrata, this past season. Spencer, who will be a senior in the fall, announced he will play baseball at the University of Washington following his high school career.

Ellensburg’s Davis Spencer (16) pitches against Toppenish during the first game of a varsity baseball doubleheader at Rotary Park in 2018.

It was the 2018 2A state baseball playoffs when sophomore Spencer was unhittable versus Fife and Mountlake Terrace high schools, tossing six innings total versus the two teams and not allowing a single run or walk. He struck out 15 batters in that stretch, and the final one had Ellensburg capture its second consecutive state title.

It was then when Spencer’s game skewed.

“The biggest difference was who he was doing it against and the stage he was on with everything at stake in the biggest moments of the season,” Gibson said.

And it was nothing but dominance and mastery as a junior, which gained interest from a few Division I programs.

On Sunday night, Spencer announced his verbal commitment to the University of Washington.

“It’s just an unreal feeling,” Spencer said. “It’s a huge blessing, and a lot of hard working coming together. It’s always been my goal to play D1 baseball, so it’s just a surreal feeling making that dream come true.”

Spencer concluded his 2019 campaign with a 3-2 win-loss record to go with his sterling 1.25 ERA in 10 appearances. He started in seven and had two complete games. He was second on the team in strikeouts (50) behind Tyler Polacek (56).

After the 2019 high school season ended, UW recruiting coordinator Jason Kelly reached out to Gibson about Spencer. Albeit, Kelly took a pitching coach job at Arizona State University soon afterward, so Spencer was unsure of the status of his recruitment.

That was until UW hired Elliott Cribby on June 13 as its new recruiting coordinator. Cribby was previously at Purdue and had already been in contact with Spencer.

Spencer took a visit on June 17 and fell in love with everything about the university and baseball program.

“As soon as I went on the visit, it just felt right,” he said. “The coaches felt like family, they were very welcoming. The facilities at UW are incredible, and top-notch for an athlete that wants to further his game. The campus itself is beautiful as well.

“When all the pieces came together, it was impossible to say no.”

Spencer is originally from Southern California, Orange County. He and his family moved here his freshman year at EHS.

He competed in a few varsity games as a freshman and the entire playoffs. He appeared in five games as a pitcher in the following season and yielded only two runs (one earned) in 15.1 innings thrown.

Then as a junior, he broke out, being able to pump up his velocity into the low 90s.

“I always believed in myself,” Spencer said. “I just needed to refine my talent with the right coaches and do it the right way, and that’s what happened this last year.”

This summer, Spencer is playing for the Mudville Baseball Club on the West Side.

This will be the third player under Gibson who’s gone to the Pac-12 conference (Cameron Campbell, University of Oregon, and Jadon Bugni, WSU).

“Every person associated with this team is happy for Davis and hopes he takes that baseball talent as far as he can go with it,” Gibson said. “But what has been built, learned, loved and sometimes suffered through being part of Bulldog baseball is what he’ll carry through life and the friendships that will last forever.

“The real win for Davis is he gets the opportunity to continue doing what he loves while getting an education close to home where family and friends can still come support. Davis is one more example of what you can do no matter how small your town or school is.”

Since 2010 for EHS baseball, Spencer becomes the sixth player to go on to play Division I, 26 counting all collegiate divisions.