Sign Up
Log In
Purchase a Subscription
You have permission to edit this article.
Edit
Home
News
COVID-19
Newsletters
Rodeo
Sports
Features
Opinion
Calendar
Obituaries
Magazines
Best Of
Classifieds
1 of 3 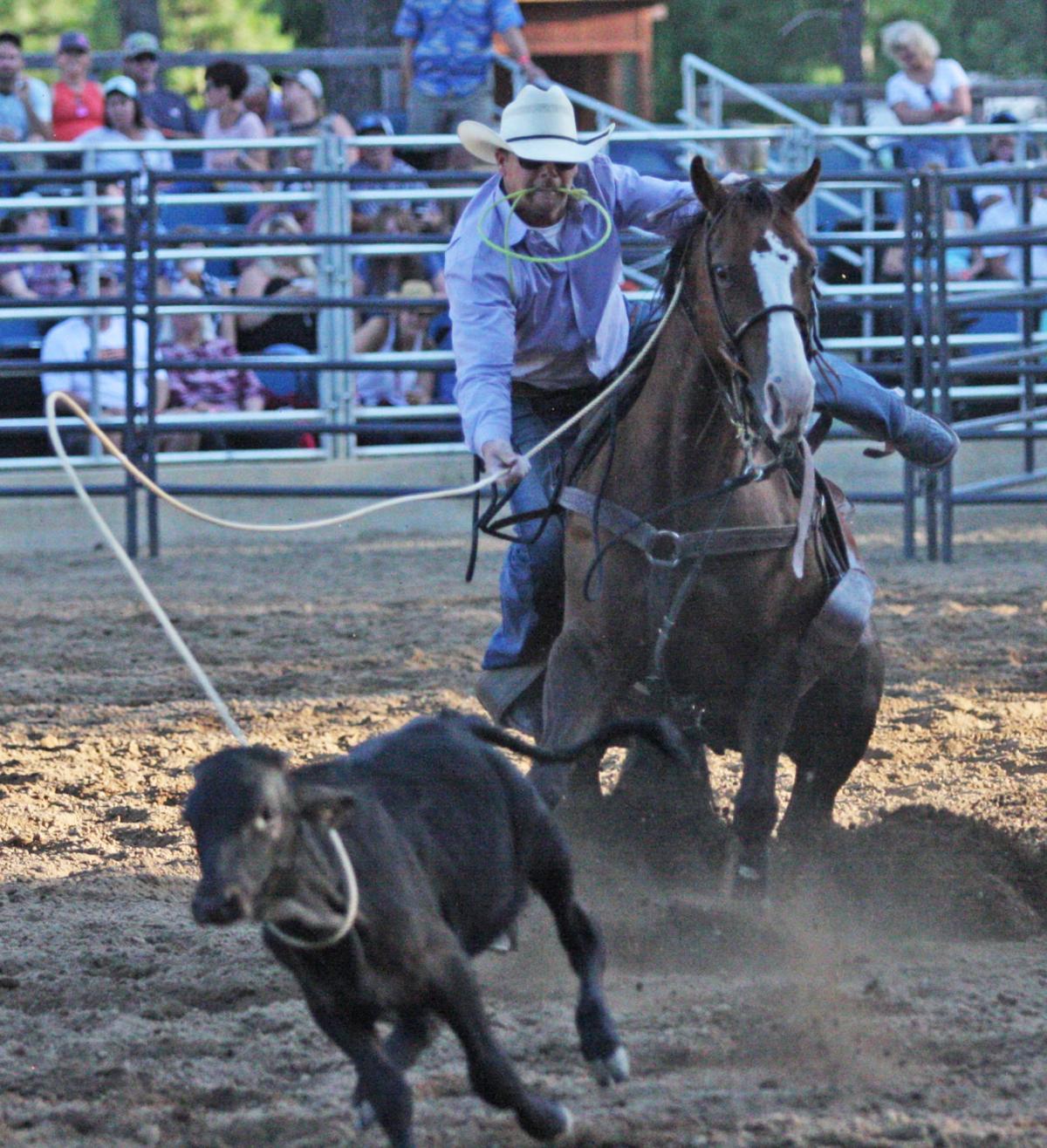 Ellensburg’s Kass Kayser ropes his calf in 10.6 seconds during Friday’s performance of the Cle Elum Roundup. Kayser is splitting third with Jordan Tye. 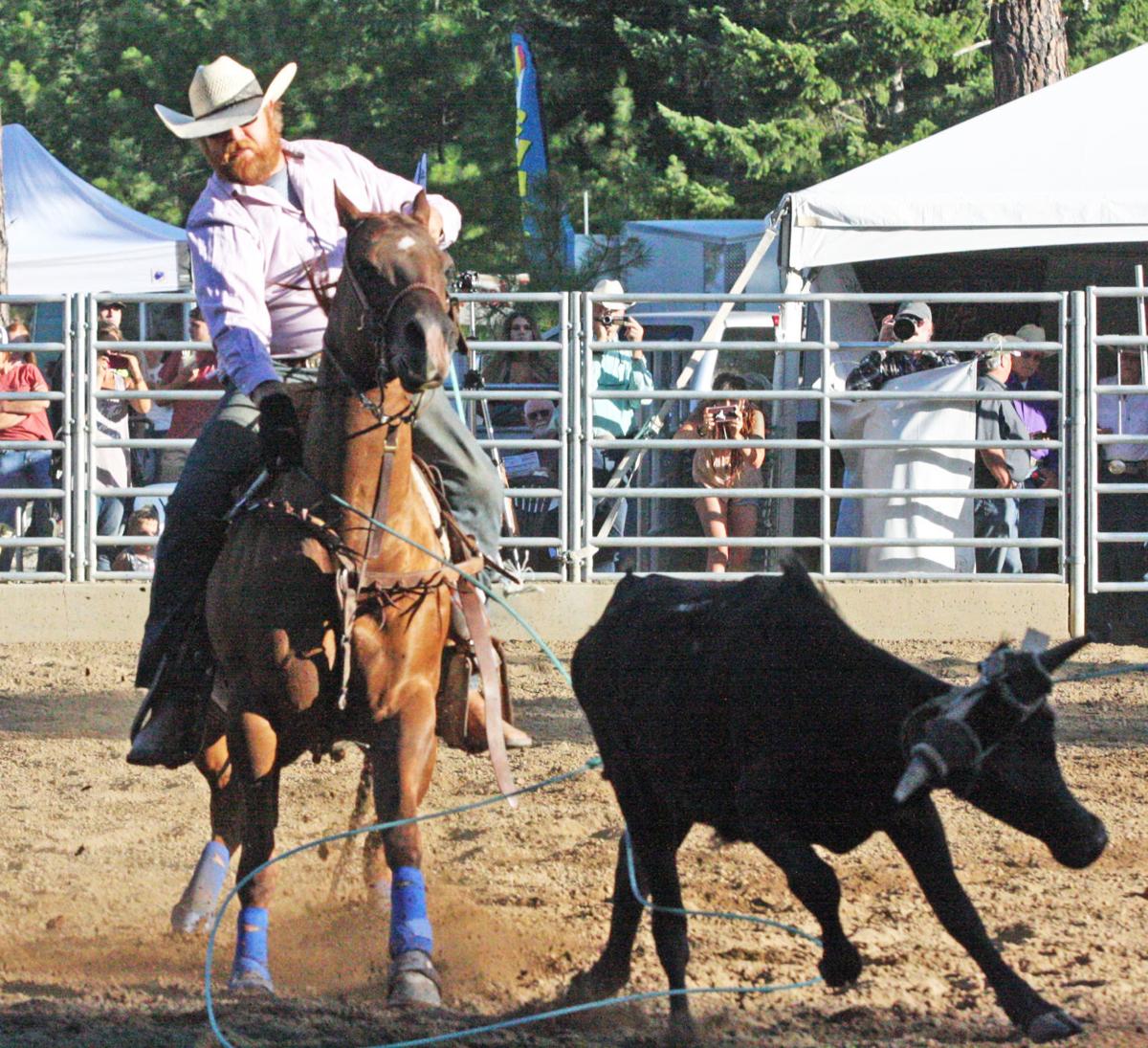 Ellensburg heeler Joey Bergevin, roping with Jack Fischer, loops his rope around the heels of his steer in team roping Friday at the Cle Elum Roundup. Bergevin roped just one leg for a five-second penalty. 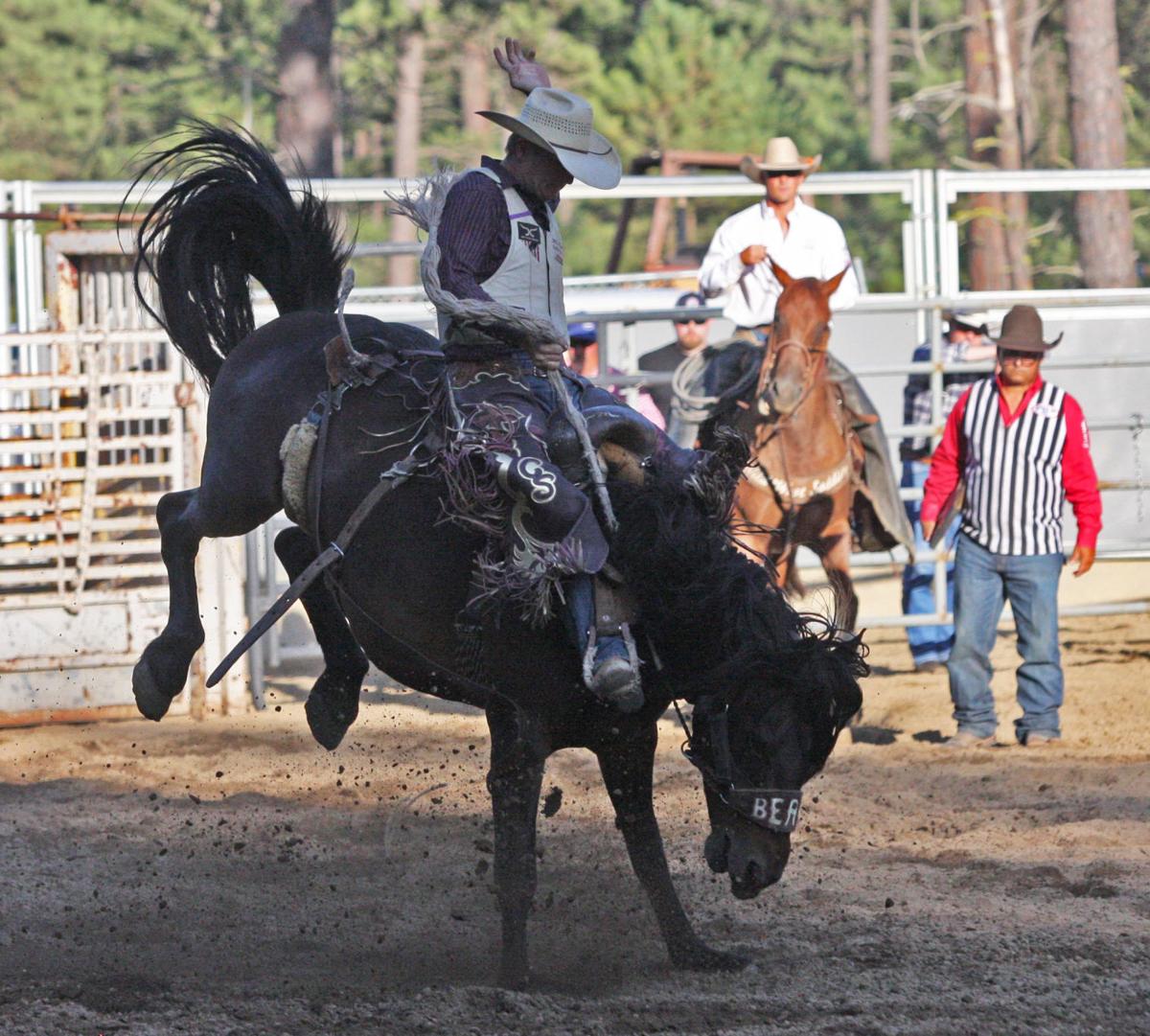 Ellensburg’s Kass Kayser ropes his calf in 10.6 seconds during Friday’s performance of the Cle Elum Roundup. Kayser is splitting third with Jordan Tye.

Ellensburg heeler Joey Bergevin, roping with Jack Fischer, loops his rope around the heels of his steer in team roping Friday at the Cle Elum Roundup. Bergevin roped just one leg for a five-second penalty.

CLE ELUM – One didn’t go as planned, another went just like he hoped, so with one more performance to go at the Cle Elum Roundup, timed event cowboy Preston Pederson is looking alright this weekend.

The lanky cowboy out of Hermiston, Ore., suffered a bit of bad luck in steer wrestling, but came back in the big way to tie his calf in tie-down roping in an event-leading 8.6 seconds on Friday night.

“Oh, I’m really excited about it especially since I was late entered and I was first out,” he said of being the first tie-down roper to compete on Friday. “I wasn’t sure what the start was for the barrier and when I got out I knew I had a good calf.”

Pederson was the first calf roper of the weekend to nod his head in Cle Elum’s chutes, pretty much setting the trend early on for others to gauge the rest of the weekend.

“When you’re first out, yeah, you’re not sure, but I just go off of things from last year and I’ve been here a few times so that helped as well,” he said of the score. “I’ve seen these calves at two rodeos and I talked to my buddy Jason Minor and he said it was good when he had the calf in Elgin (Ore.) and he won good money on him over there.”

Minor didn’t do well in the tie-down roping, suffering a no-time. Kolby Bravos stopped the clock in 9.9 seconds, while Jordan Tye and Kass Kayser are splitting third with identical 10.6-second times.

While Pederson’s calf sets the standard in that event, his steer gave him fits in steer wrestling. Pederson’s 9.8-second steer is third in the event. Wenatchee’s Colin Wolfe leads the bulldogging with a 5.9-second run, while Travis Taruscio’s 8.2 is second.

While saddle bronc riding has more contestants entered, just one lone rider made the eight-second whistle. Clay Stremler danced with Summit Pro Rodeo’s Hay Fever for 74 points, which puts the roughstock rider in a great position to make money after the lights go down on tonight’s performance. A pending payday should help the Nevada cowboy sitting 10th in this week’s circuit standings.

However, a marquee matchup tonight – Ryan Verling versus Summit’s Spanish Nights – could change the leaderboard. Spanish Nights is one of contractor Daniel Beard’s more accomplished horses.

Like Pederson in tie-down roping about a half hour before her, Sabrina Lay was first out in barrel racing. And just like Pederson in his event, first out meant equated to the best time for Lay.

The Omak cowgirl rounded the pattern in 16.33 seconds and leads the event over Bekkie Bowerman (16.45) by 0.12 seconds. Lay is sixth in the Columbia River. Bowerman is 15th.

Ropers witnessed plenty of bad luck in team roping. Of the six teams entered only one had a clean run. Tyler Smith and Andy Carlson stopped the clock in 6.0 seconds. Dillon Holyfield and Phoenix Everano had an identical time, but a barrier penalty added 10 seconds on the back end. While locals Tye and Minor were penalty free, Tye’s head catch needed a little help from gravity before he could dally and open a shot for Minor on the heel side. Their 12.9 is third behind fellow Ellensburg duo Jack Fischer and Joey Bergevin.

None of the four bull riders entered in Friday’s bull riding made the eight-second whistle, making it anyone’s game for tonight’s four scheduled to compete. In addition to Cle Elum’s Ronald Wayne, Soap Lake’s Caleb McMillan is also entered in the event. McMillan is a cowboy who enters multiple disciplines and recently placed second in the All-Around (and seventh overall in bull riding) at last month’s College National Finals Rodeo in Casper, Wyo.