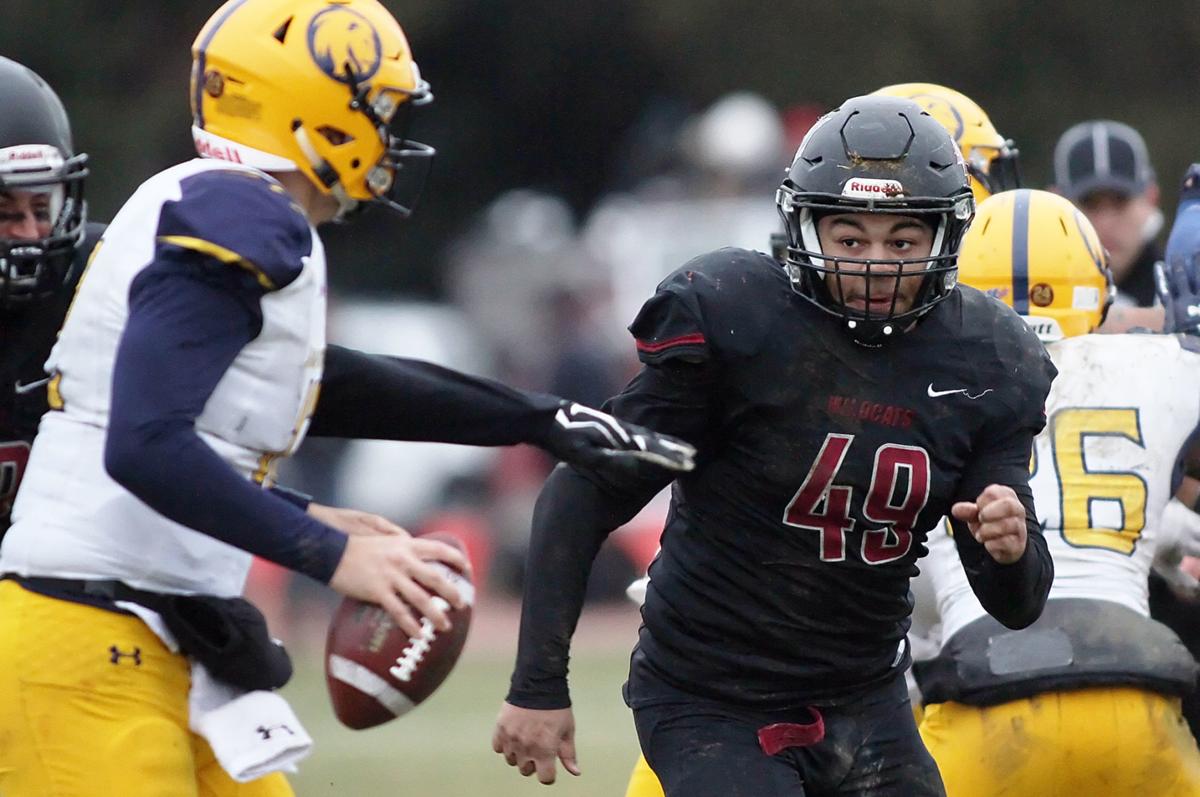 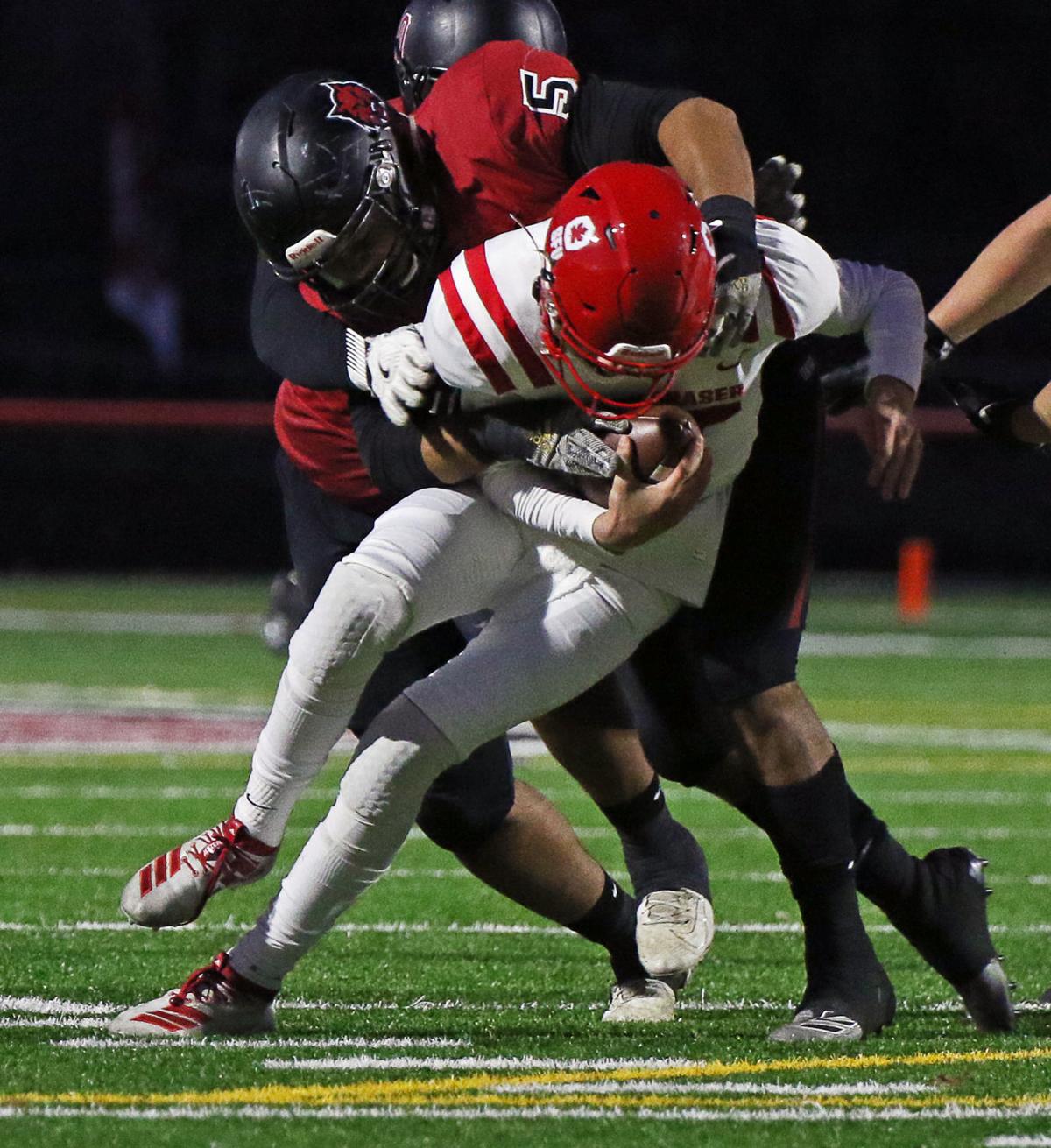 Billy Greer knew the route from a small Division II university to the professional level wasn’t going to be easy, and he’s seen it himself after spending four seasons at Central Washington University with former teammates attempting to keep the dream alive.

But having connections with guys who’ve been in the same situation and were successful surely alleviates some pressure.

Greer’s been able to lean on the advice of former teammates at CWU and close friends — who he considers mentors — Bo Banner and Kevin Hayes, who have professional football careers in the Canadian Football League.

And not to forget former teammate Landon Jones (for one season at CWU), who had a tryout with the Minnesota Vikings last season after finishing his collegiate career at Bemidji State. Jones knows the CEO of the National Scouting Combine (NSC) in Indianapolis, Jimmy Kibble, and helped Greer get an official invite to the combine last February.

Those connections are indispensable and have helped Greer move one step closer to fulfilling a lifelong dream.

Participating in the NSC connected Greer with an agent and conversations with a few CFL teams, which includes the BC Lions, Saskatchewan Roughriders and Winnipeg Blue Bombers.

“I was able to network with a lot of teams, meet a lot of them personally,” Greer said. “It was a really great experience.”

Greer, a Tacoma native, had a storied career at CWU, finishing third all-time in sacks with 23.5. Last season alone, he notched seven and led the GNAC in tackles for loss with 11.5. He tallied 41 tackles, forced three fumbles and had five quarterback hurries.

He was an all-GNAC selection three times and was named first-team twice (2018, 2019). But perhaps his sophomore season in 2017 was one to remember. He totaled 11 sacks in 10 games played, which ranked seventh in Division II for sacks per game. Greer also had eight quarterback hurries, one forced fumble and 15 tackles for loss. The Wildcats ranked first in the nation in total sacks and sacks per game.

But he was snubbed, earning only second-team all-GNAC. But he did garner second-team D2CCAA all-region 4 at defensive line.

Greer also donned the prestigious and highly coveted No. 44 at CWU as a junior, which is given to a defensive player who embodies dedication, toughness, discipline and tenacity. Hayes bequeathed the jersey to him.

“At Central, it was more weight-based,” he said. “I’ll be putting like hundreds of pounds on my back as opposed to here I’m working on athletic movement, mobility, stuff I really need to focus on as an athlete, as opposed to just being strong and explosive. I got to be able to move as well.”

Alluring is Greer’s versatility, as he can play multiple defensive positions up front, which was asked of him after defensive coordinator Scott Power left after the 2017 season and CWU hired Ivan Cordova.

“Once we got a new defensive coordinator, I was asked to do something completely different,” Greer said. “I played boundary side outside linebacker, a jack position. So, I was dropping into coverage, covering the flat, covering tight ends, and also rushing the passer, but it was much more selective.

“My senior year, I really did everything. … I can play anything in the front seven.”

He’s undersized for the standard edge rusher, but Greer sees it as a benefit. And he made a comparison to the NFL’s highest-paid defensive end, Aaron Donald, who stands 6-foot-1.

“We have more leverage,” Greer said. “If you watch my highlight tape, you will see people get hit in ways you probably don’t see people get hit because of the leverage I have. Getting around the edge, my bend is ridiculous, that’s what most people will say about me. I can bend the corner better than most because of my leverage.”

With the coronavirus pandemic, it’s placed sports into an indefinite hiatus, but Greer and his agent have remained in talks with teams. He earned an invite to Eastern Washington University’s pro day before it was canceled.

So, Greer fundraised on GoFundMe to purchase lasers (for official timing) and have a virtual pro day at home. He’ll use a drone camera to create a video to send to teams that have shown interest.

“After I complete the video, I’m going to give it to my agent to send it directly to the teams we have been in contact with,” Greer said.