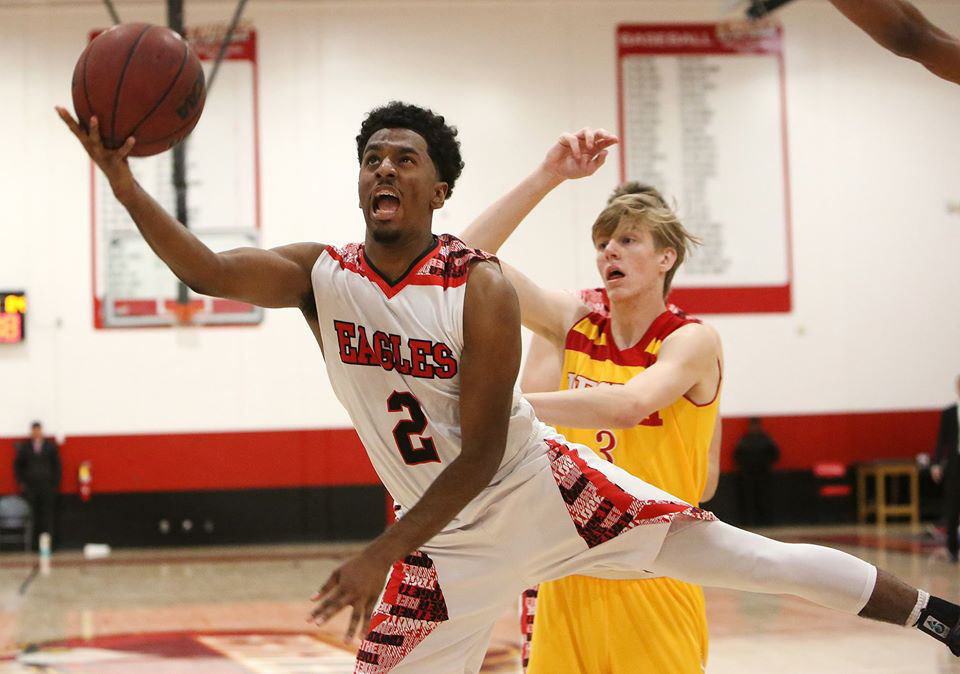 C.J. Hyder drives to the hoop during a game with Mount San Jacinto Junior College in the 2018-19 season. Hyder played one season at Fresno State last year but decided to transfer to Central Washington University, recently signing with the program. 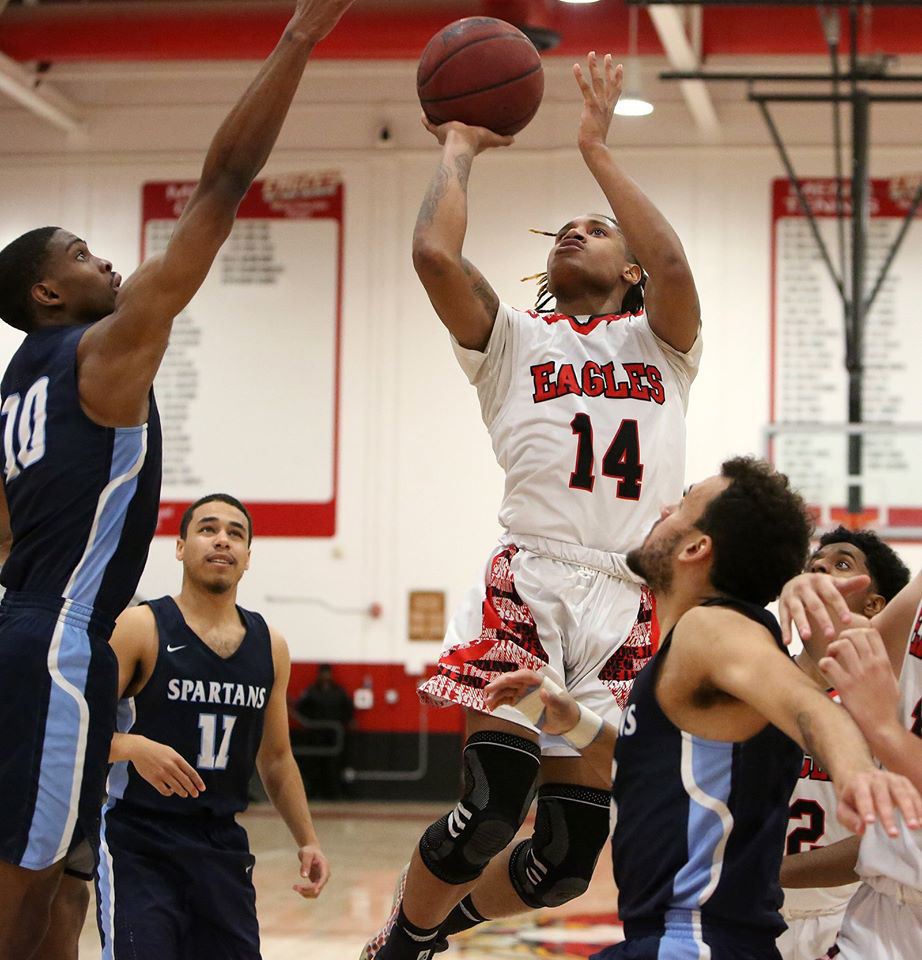 David Thompson takes a shot attempt during a game with Mount San Jacinto Junior College during the 2018-19 season. Thompson played one season at Santa Clara last year but decided to transfer to Central Washington University, recently signing with the program.

C.J. Hyder drives to the hoop during a game with Mount San Jacinto Junior College in the 2018-19 season. Hyder played one season at Fresno State last year but decided to transfer to Central Washington University, recently signing with the program.

David Thompson takes a shot attempt during a game with Mount San Jacinto Junior College during the 2018-19 season. Thompson played one season at Santa Clara last year but decided to transfer to Central Washington University, recently signing with the program.

After entering the transfer portal, C.J. Hyder committed to Central Washington University men’s basketball so quickly that other schools didn’t get much of an opportunity to give their pitch to the former Fresno State University guard.

Because when he heard his former teammate at Mount San Jacinto Junior College in California, David Thompson, was also committing to CWU after transferring from Santa Clara University, Hyder was all in.

“A big reason was Dave said he was going to go there so I was like, ‘oh, yeah, that’s the plan,’” Hyder said. “He got me all ready because I’m starting somewhere new with someone that’s like a brother to me. It just made that decision so much easier and quicker.”

It also made the decision easier because CWU was already in contact with Hyder during his sophomore season at Mount San Jacinto, but he made it known that he wanted to play at the Division I level alongside his brother, Jared Hyder, at Fresno State.

But things didn’t go as planned after appearing in only four games last season, seeing a total of 13 minutes and scoring just two points.

And like Thompson, they want to finish their senior seasons on a good note, and to accomplish something that didn’t come to fruition at Mount San Jacinto.

“At Mount San Jacinto, we wanted to get a title,” Hyder said. “We couldn’t do that. We want to make that up out here — a conference championship. And then make a run at the tournament, for sure.”

The Wildcats are surely on the same page under Brandon Rinta, who will enter his third season as head coach for the 2020-21 season. CWU narrowly missed the conference tournament after winning seven of its final 10 games, finishing seventh in the GNAC.

Last season was a step in the right direction, but CWU seems determined to take things even further.

But they have been active in the offseason, signing both former Division I guards 6-foot Thompson and 6-foot-2 Hyder along with 6-foot-4 shooting guard Colby Gennett out of Post Falls High School in Idaho and 6-foot-9 center Kyson Rose out of Kamiakin High School. CWU also received a commit out of 6-foot-8 forward Gaige Ainslie from Central Catholic High School in Oregon.

Thompson and Hyder help fill a void at the guard positions, but CWU does return senior guard Xavier Smith, the Wildcats fourth-leading scorer, who had two stints at Division I programs before arriving to CWU last season (Oregon State and Idaho).

Experience from those three will be an indisputable asset.

But having two newcomers with established chemistry at Mount San Jacinto, where Thompson, the co-player of the year in the Pacific Coast Athletic Conference North Division, and Hyder led their team to a 22-6 mark to finish second in conference in the 2018-19 season, should pay dividends for CWU.

“That chemistry didn’t leave,” Hyder said, who averaged 10.6 points and 5.2 rebounds per game as a sophomore. “It’s still there.”

Said Thompson: “I believe the chemistry is always there, but of course it takes time to get that back. The offseason will be really good for us to get back in sync again just to sharpen things up. But I don’t think we’re too rusty. It’s only been a year.”

He was enamored with everything about the university and team but wanted to take a different route in basketball. And he wanted to drop to Division II so he didn’t have to sit out a season, per NCAA transfer rules.

“I thought I was going to be a huge part of the team actually, but some things didn’t work out like that,” Thompson said.

When he entered the transfer portal, his former assistant coach at Mount San Jacinto reached out to CWU to let them know Thompson was available. Thompson, like Hyder, never visited Washington state nor have taken a visit to Ellensburg, and that’s for obvious reasons because of the coronavirus pandemic.

“The program in general, just the coaching staff showing the love and hope they have in me to be able to be a huge aspect to the team next year and do what I can to help benefit the team in any way and bring some more winning games,” Thompson said in what led to his decision to sign with CWU.

He and Hyder have the opportunity to be the catalyst for providing a winning culture at CWU, something the program has long coveted.

“They said that both Dave and I could come in and establish a team to build and establish a winning culture,” Hyder said. “And bring that leadership to help take this program to the next level.”