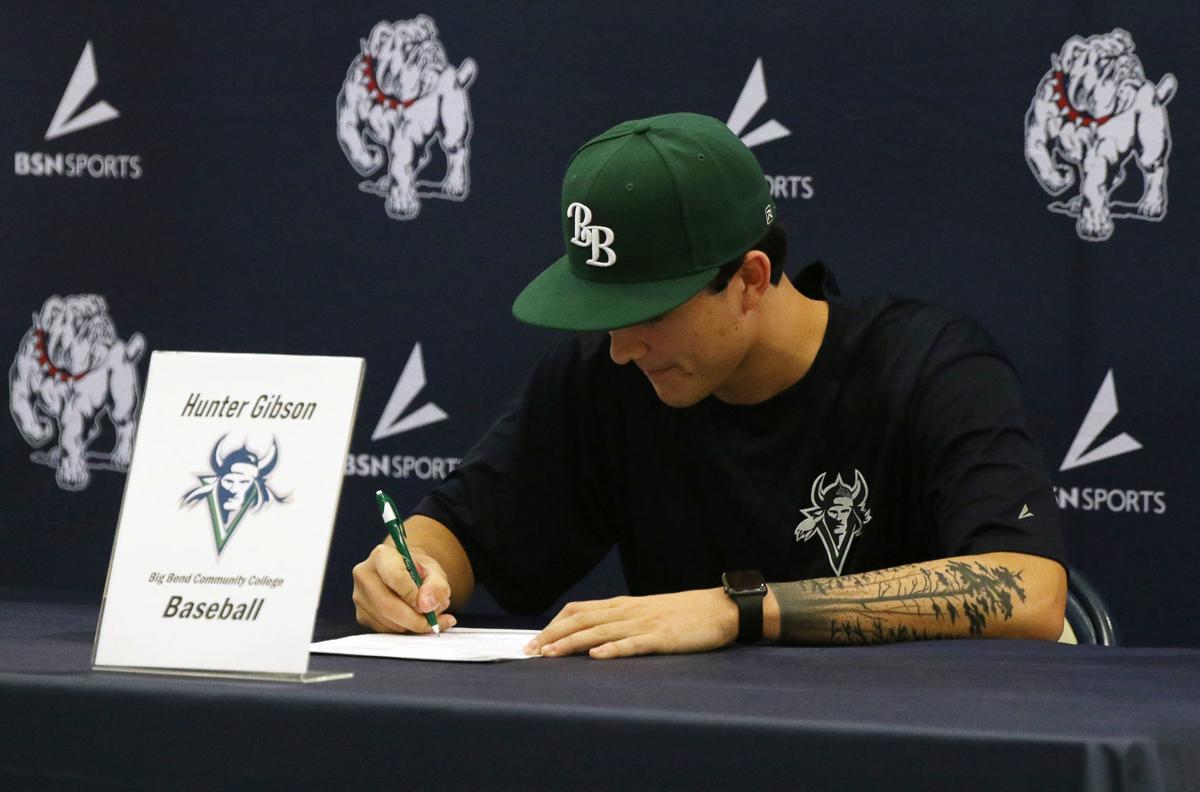 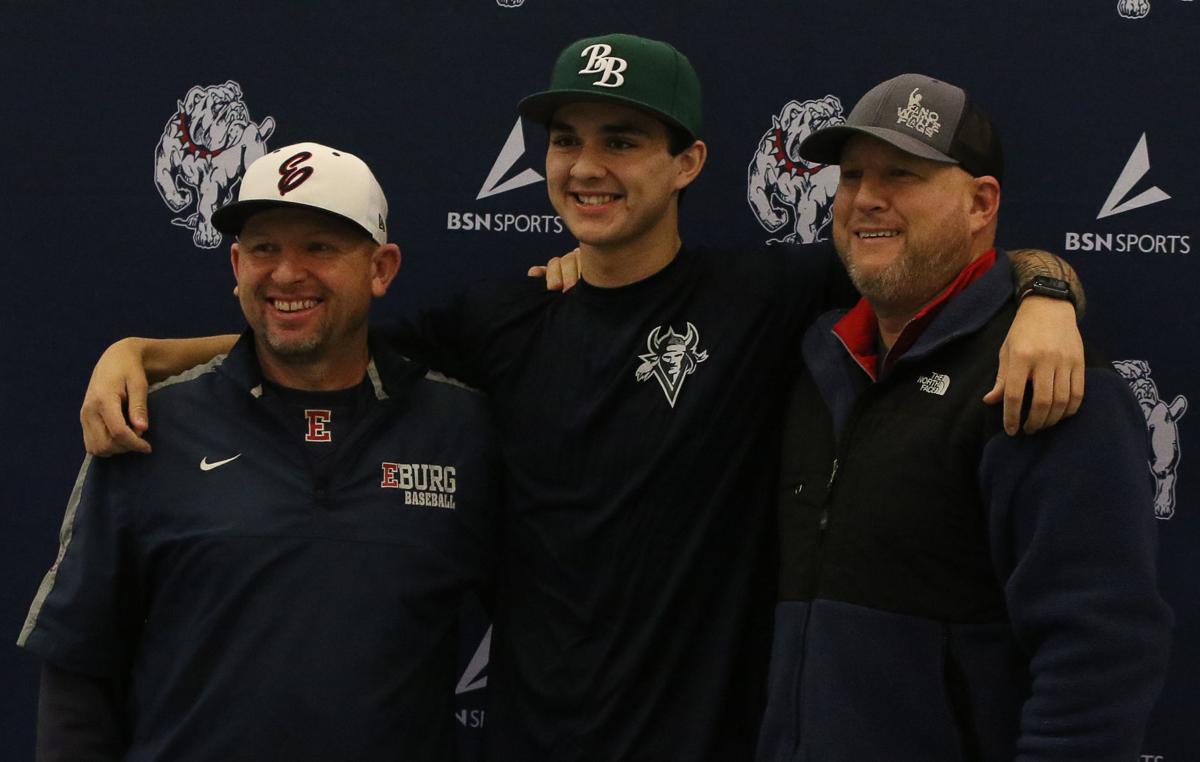 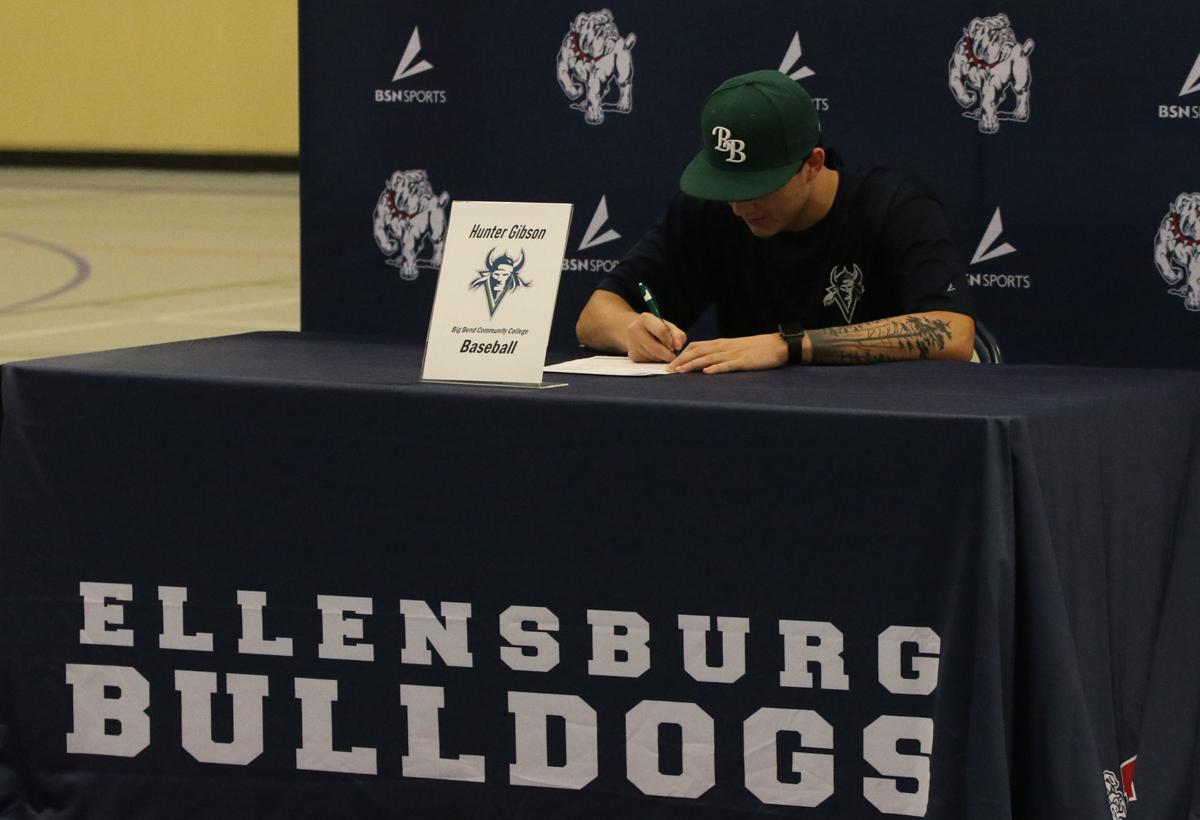 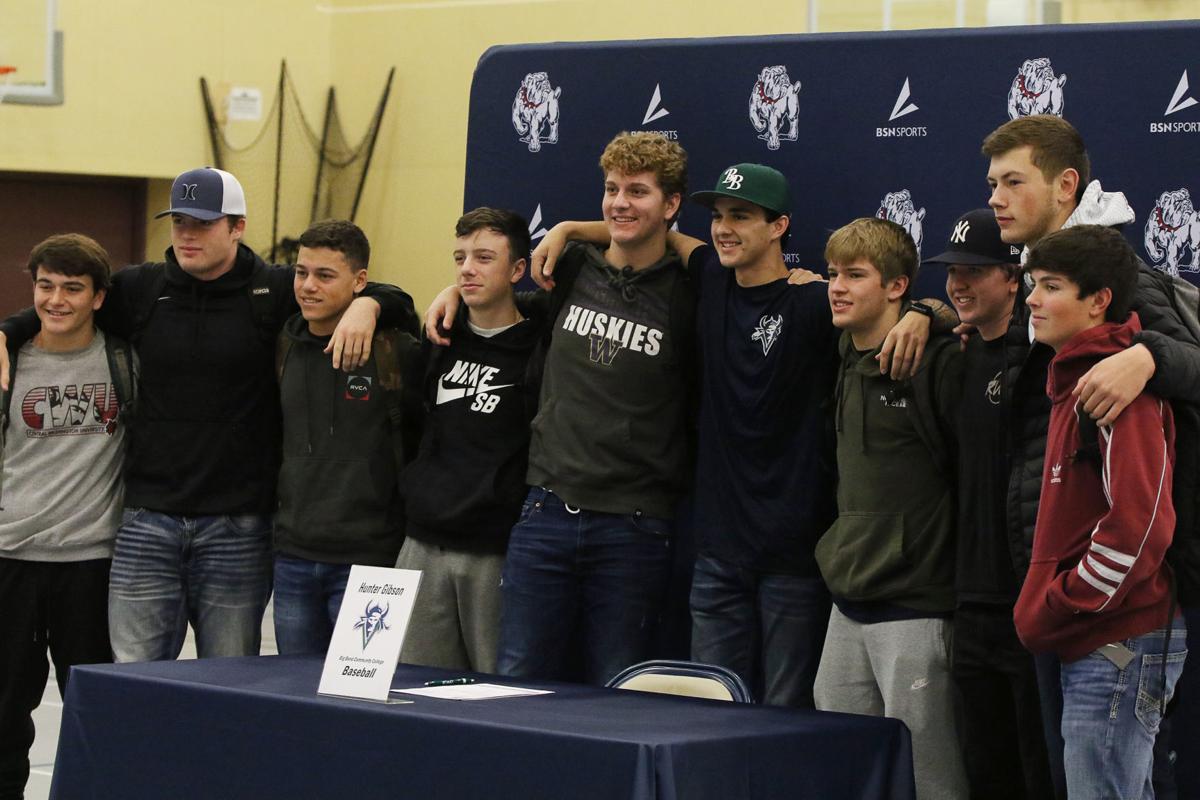 Ellensburg High School's Hunter Gibson, center, poses for photo with his teammates after he signed his letter of intent to play baseball for Big Bend Community College Thursday morning at Ellensburg High School. Gibson plans to be a pitcher primarily but may try other roles as well.

Ellensburg High School's Hunter Gibson, center, poses for photo with his teammates after he signed his letter of intent to play baseball for Big Bend Community College Thursday morning at Ellensburg High School. Gibson plans to be a pitcher primarily but may try other roles as well.

The Ellensburg High School baseball team is sending off another student-athlete to the next level.

Senior Hunter Gibson has signed with Big Bend Community College in Moses Lake that competes in the Northwest Athletic Conference. Big Bend is part of the East division.

“He’s a great competitor,” Todd Gibson said Thursday morning at the EHS gymnasium. “When I reflect on Hunter, his competitive desire and just the growth he’s shown. Sometimes he wasn’t the easiest guy to coach, but I’ve seen that growth and I can’t wait to see what happens to college. That competitiveness is something you can’t coach.”

Hunter Gibson batted .357 last season in 56 at bats. He tallied 15 RBIs along with six doubles.

But Big Bend likes him as a pitcher as he appeared in 12 games last season for the Bulldogs. He pitched 24.2 innings and carried a 1.99 ERA. Opponents batted .165 which was one of the lowest on the team and he also struck out 28.

“I have had a couple of other options but I felt like that it was the best fit,” Gibson said of signing with Big Bend. “… I just felt like I bonded with the players that were already there.”

Gibson had other offers from Lane CC, Blue Mountain CC, and Centralia College. All of those schools vie in the NWAC.

After two years, he plans on transferring to a four-year program.

With the Bulldogs losing a couple of arms in Polacek and Helgeson, Gibson will be primed for more innings and he and Spencer should be the 1-2 punch in the rotation.

“Do all we can to get a state championship again,” Gibson said of his goals entering his final year with the team.