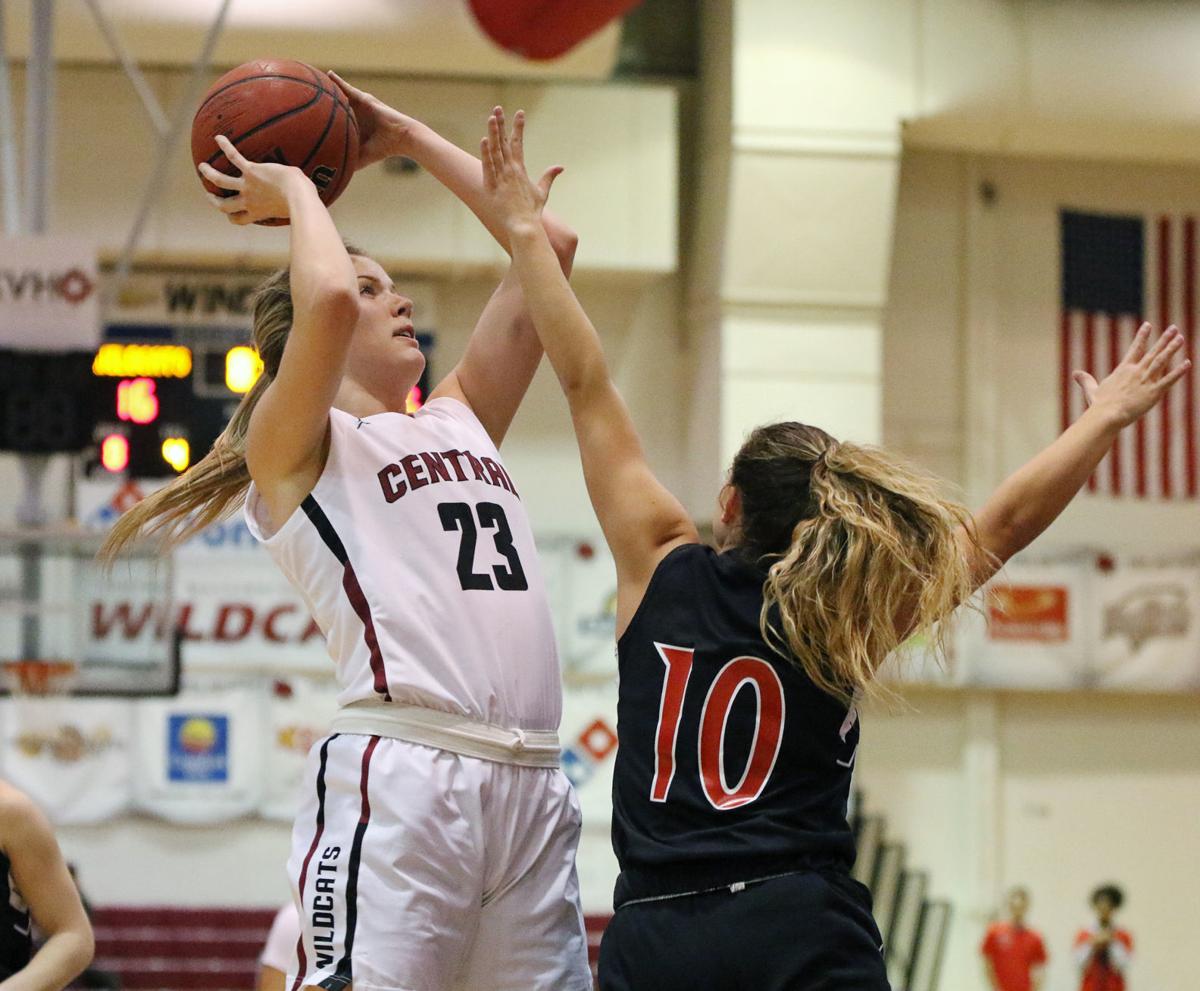 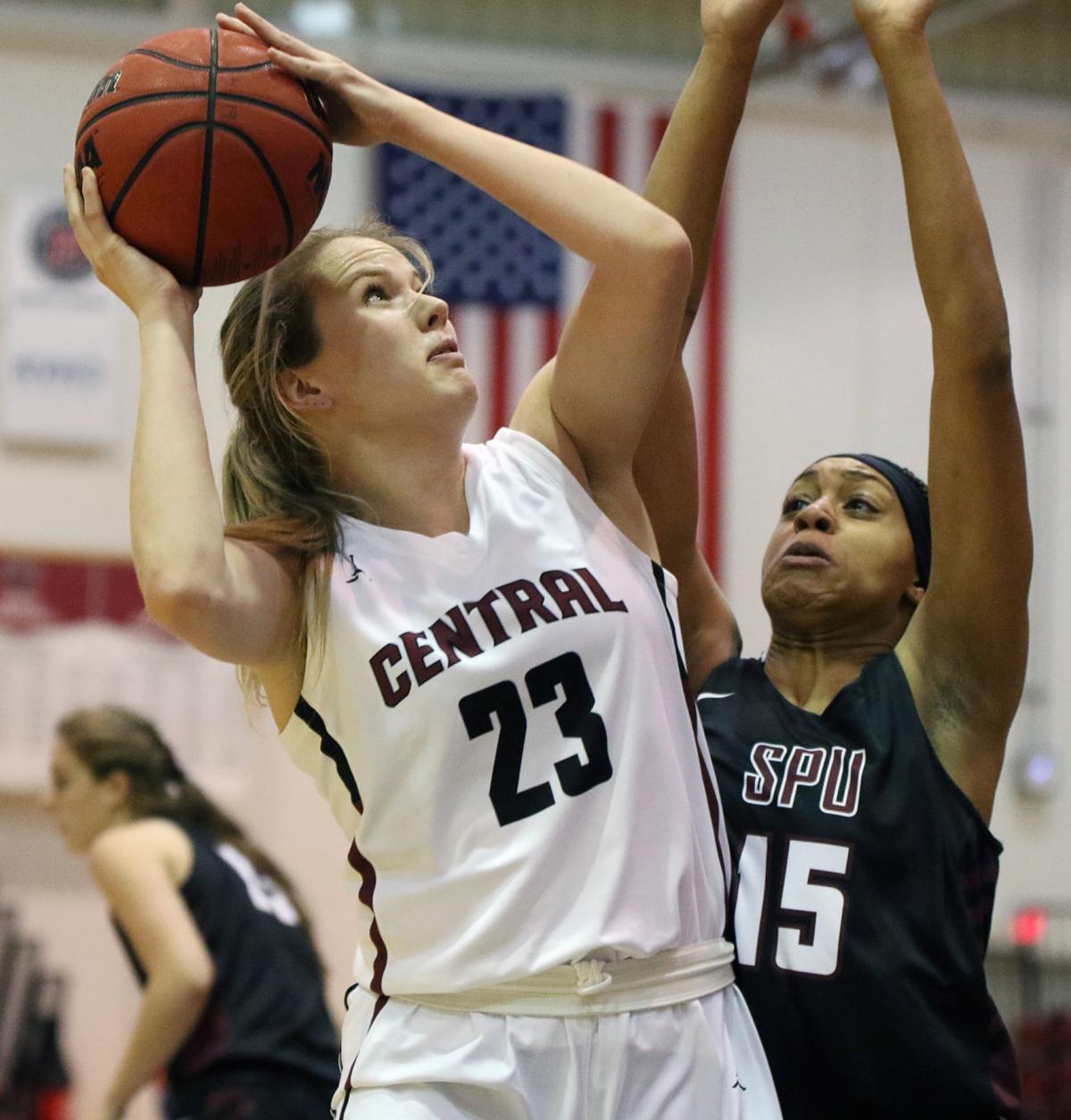 Central Washington University women’s basketball head coach Randi Richardson-Thornley knew of her center’s potential, it was just a matter when the time would come.

After seeing limited minutes as a freshman, Samantha Bowman has emerged. And it’s been game after game for the 6-foot-2 sophomore.

“Honestly, it’s not really a shock to me at all because I knew that’s what Sam was capable of doing,” Richardson-Thornley said. “I’m just happy she’s taking those necessary steps forward and competing and being consistent at it.”

Bowman’s been nothing but consistent for CWU. Tuesday night versus Academy of Art in an 84-63 win at the Nicholson Pavilion, Bowman led the Wildcats for the second consecutive game with 20 points on 7-of-9 shooting along with six rebounds. And that’s while being limited to 19 minutes as she picked up her fourth foul in the third quarter.

Last Saturday, Bowman notched her third double-double of the season with 17 points and 17 rebounds to pick up GNAC Player of the Week honors for the second time this season.

There hasn’t been a single game Bowman has not scored in double figures. She’s averaging 13.7 points per game which is ninth in the GNAC, and her nine rebounds per game rank third. She’s helping the Wildcats (7-3) rank first in the GNAC in rebound offense (41.2).

Bowman’s been absolutely dominant in the post and doesn’t miss often. She currently holds a .610 shooting percentage which not only leads the team, but the conference.

“I think we’re moving the ball really well, and that’s really what’s getting us open,” Bowman said. “People have good cuts and that opens the floor and then that allows me to get a clear post up. They’re just finding me and it’s been good.”

She also has the knack of hitting the 3, even if the shots don’t come up much. She’s made 5-of-11 so far this season after making 1-of-7 last year.

“In high school, I would shoot the 3s. Last year, I felt the transition to college was tough for me and I didn’t have the confidence last year to shoot the 3, but this year I’m actually finding the confidence,” Bowman said.

The Zillah native appeared in 29 games her freshman year and averaged 4.4 points and 3.2 rebounds per game. She also averaged 11.1 minutes.

But this year, she’s seen substantial minutes (28.3 per contest). The year of experience paid dividends for Bowman, learning how to use her body correctly.

Said Richardson-Thorney: “Sam just had to grow her freshman year. I mean, it’s high school. The college jump is a big jump in the pace of the game, the amount of thinking in the game, and physicality. Sam took the necessary learning that she did her freshman year and put that into work and got better and got stronger.”

Bowman filled a large void in Central’s starting lineup with junior Kassidy Malcolm missing all of this season so far because of injury. The Ellensburg native averaged 11.2 points and 8.8 rebounds per game in 2018-19.

“Sam’s kind of stepped up in that role and filled some big shoes of (Malcolm’s) and given us some consistent, great minutes,” Richardson-Thornley said.

Richardson-Thornley isn’t sure when Malcolm will make her return. And when she does, will that effect Bowman’s minutes?

“Everybody’s got to compete for minutes every week in practice,” Richardson-Thornley said. “Those things are kind of unknown, no matter what we have or we don’t have. But definitely, it will be a nice addition to have Kassidy back when she returns.”