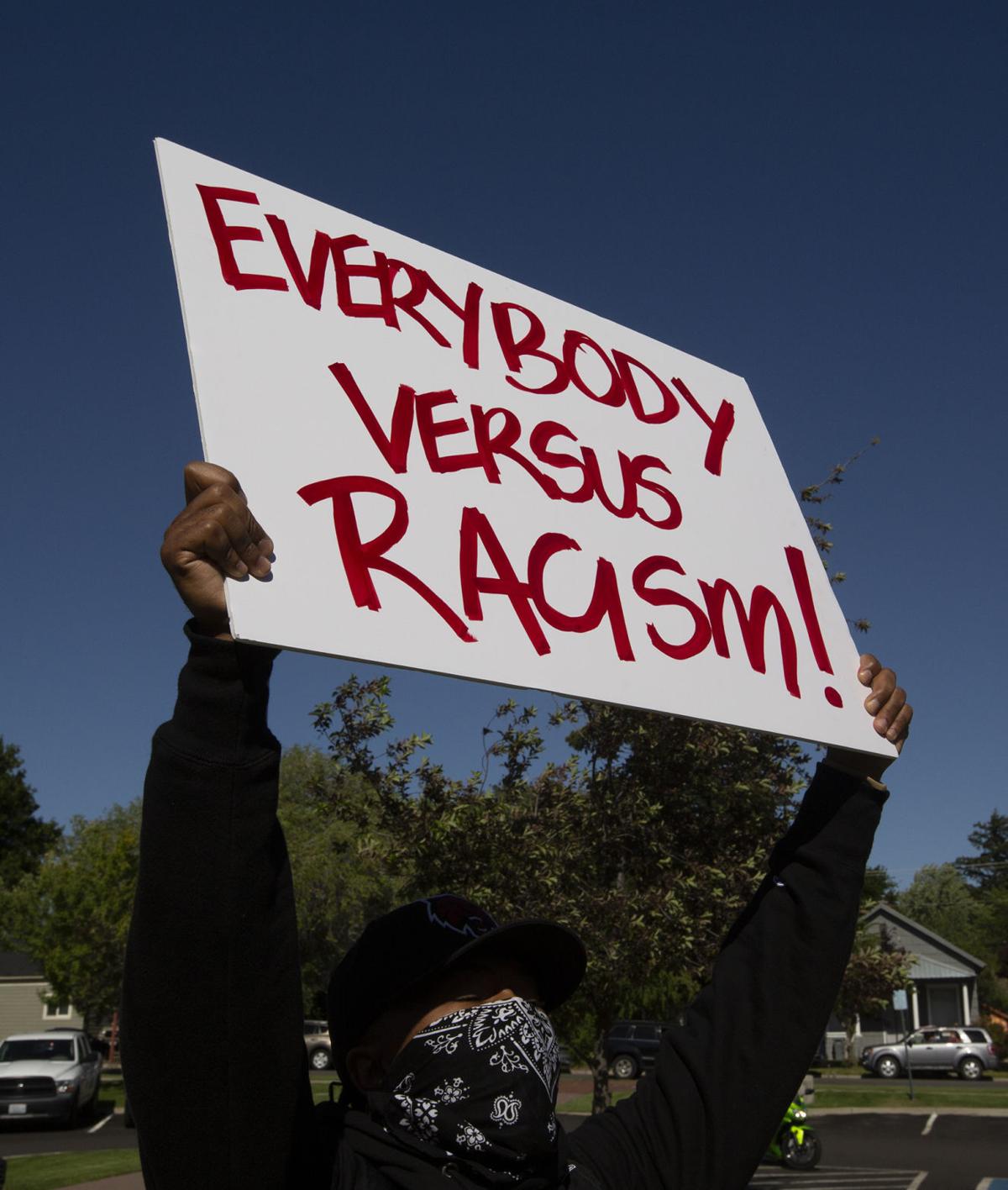 AJ Cooper holds up a sign that reads “Everybody Versus Racism” Ellensburg City Hall on Monday to demand justice for George Floyd after his death at the hands of police in Minneapolis. 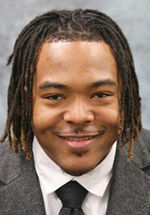 AJ Cooper holds up a sign that reads “Everybody Versus Racism” Ellensburg City Hall on Monday to demand justice for George Floyd after his death at the hands of police in Minneapolis.

AJ Cooper had no clue he would be delivering four speeches on Monday. Four that needed to be conveyed and heard.

One was to the coaching staff, one to the athletic department, one to the players, and one to the Ellensburg community, where hundreds joined to protest against racial injustice and police brutality after the death of George Floyd who died while Minneapolis police office Derek Chauvin held his knee to Floyd’s neck last week.

Cooper, 24, a black male who’s the defensive backs coach for Central Washington University football, wanted to imbue others of what they simply cannot resonate with.

“I just knew a lot of people couldn’t relate,” he said. “I had to inform them, educate them. They had to feel my pain and hear my pain. When they asked, I wasn’t sure how I was going to respond and I didn’t want to prepare anything, so I just started speaking from the heart.

“... Being a young, black coach on a team where there are minorities, somebody who looks like them has to speak for them and I had to address the issue.”

On Monday’s march from Barge Hall to downtown through Main Street, working its way towards City Hall, Cooper was the first to speak as everyone gathered in a large circle.

And he needed to be the first.

“As a black man in Ellensburg, I needed to be the first one to talk,” Cooper said, who spoke for roughly six minutes. “I promised these athletes parents that I would be their leader, take responsibility, and show them strength. Give them confidence and just be there to support them while their parents put their trust in me.

“It just had to be done. And I’m not one to waste opportunities.”

Cooper’s leadership has come naturally on and off the field as a former player and now coach.

The North Las Vegas, Nevada native spent five seasons with Southern Oregon University and was a four-year starter at cornerback. SOU went to consecutive national championships in 2014 and 2015, capturing the program’s first in ‘14 when he redshirted.

But he emerged into the starting lineup as a redshirt freshman and helped send his team back to the title game after blocking Morningside College’s game-tying field goal attempt as time expired in the semifinal.

In high school, Cooper was on the National Honor Society, student council and captain of the football team. Then at college, he was picked to be on leadership councils.

That leadership as a player segued into coaching for Cooper.

“I knew my leadership role was to coach them and guide them through something that I had already been through, but I never knew the extent of leadership I could preach,” he said.

As protests and riots ensued around the country and with Ellensburg planning for a peaceful march after two Ellensburg High School students, Jenna Callan and Annie Schlanger, organized the event, Cooper said “silence couldn’t be an option” among his peers and the community.

“In order for them to speak, they had to hear me speak,” he said. “Them being my peers and being in that room and hearing my perspective opened their eyes and I think changed the way a lot of people see their potential. I think everybody in that room grew. I think the community grew. And I think our team got a little stronger.”

And the team was present to watch Cooper deliver his powerful message.

“Proud to work with this young man tonight,” first year defensive coordinator Nate Johnson tweeted. “A dude of few words has transformed into a lion as he leads during this important time. Proud of you @DBCOOPCWUFB (twitter handle).”

“I have had the pleasure of seeing this young man grow from a college freshman to a leader in the @CWUFB program,” head coach Chris Fisk tweeted, who was at SOU from 2011-15. “Proud of you @DBCOOPCWUFB keep leading!”

“A true man who’s wise beyond his years and is changing the game for future generations,” redshirt sophomore defensive back Patrick Rogers tweeted.

For Cooper, the message is to spread awareness, educate, understand and listen to a different perspective “that you may not ever feel, but it’s something you can gain an understanding for.”

“I want people to understand that there is an issue in the world with injustices and police brutality, especially against unarmed black men, and it’s been going on for years,” he said. “It’s time to stop ignoring it. It’s not a crime for support of the black community, it’s a cry for the support of everybody versus racism.”