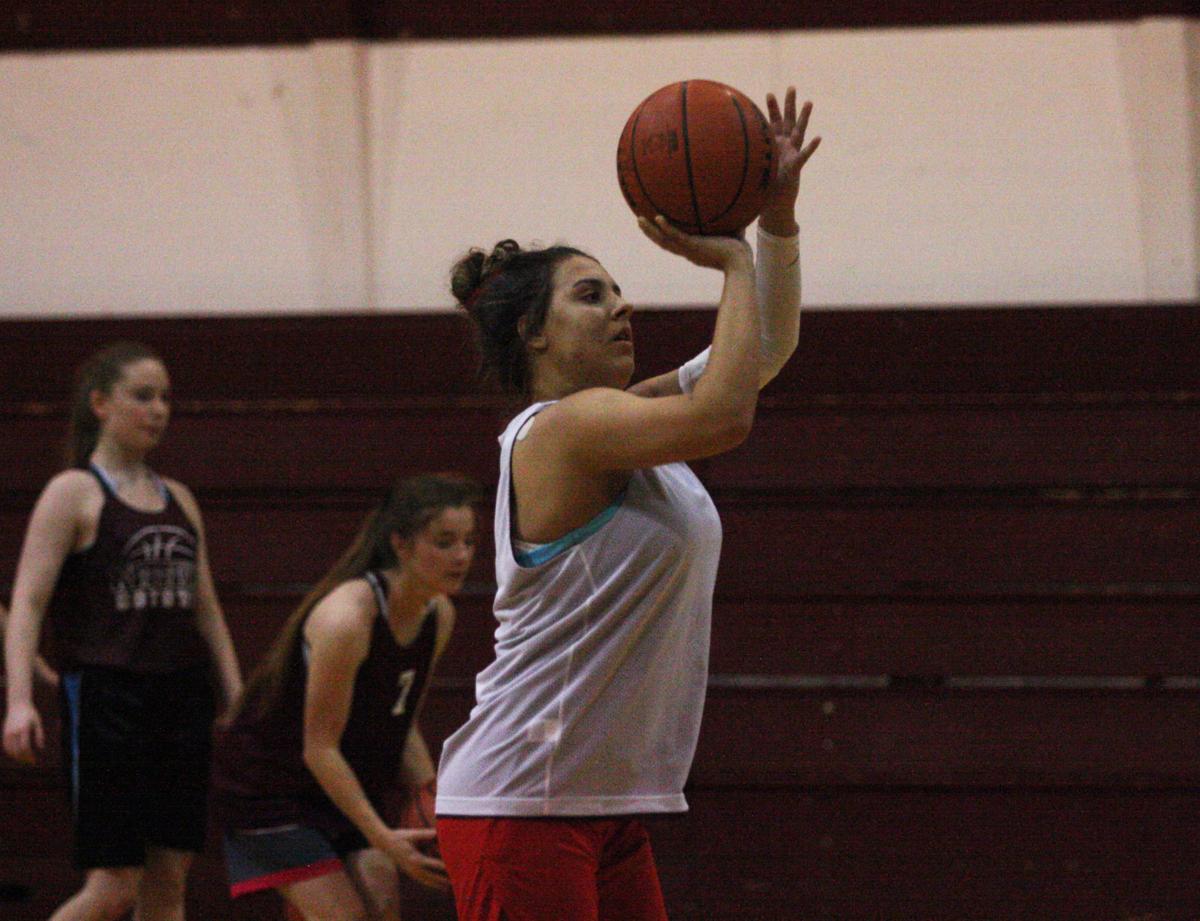 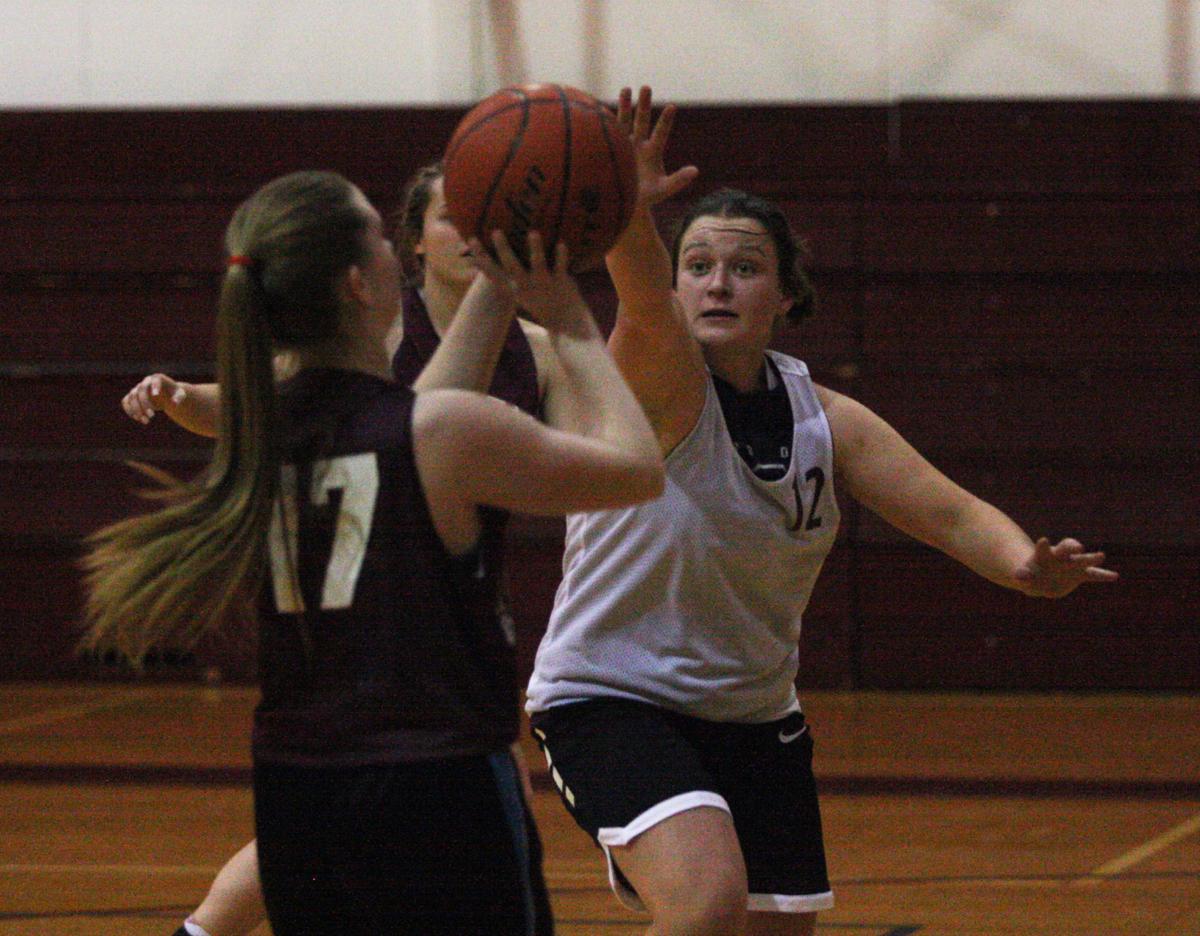 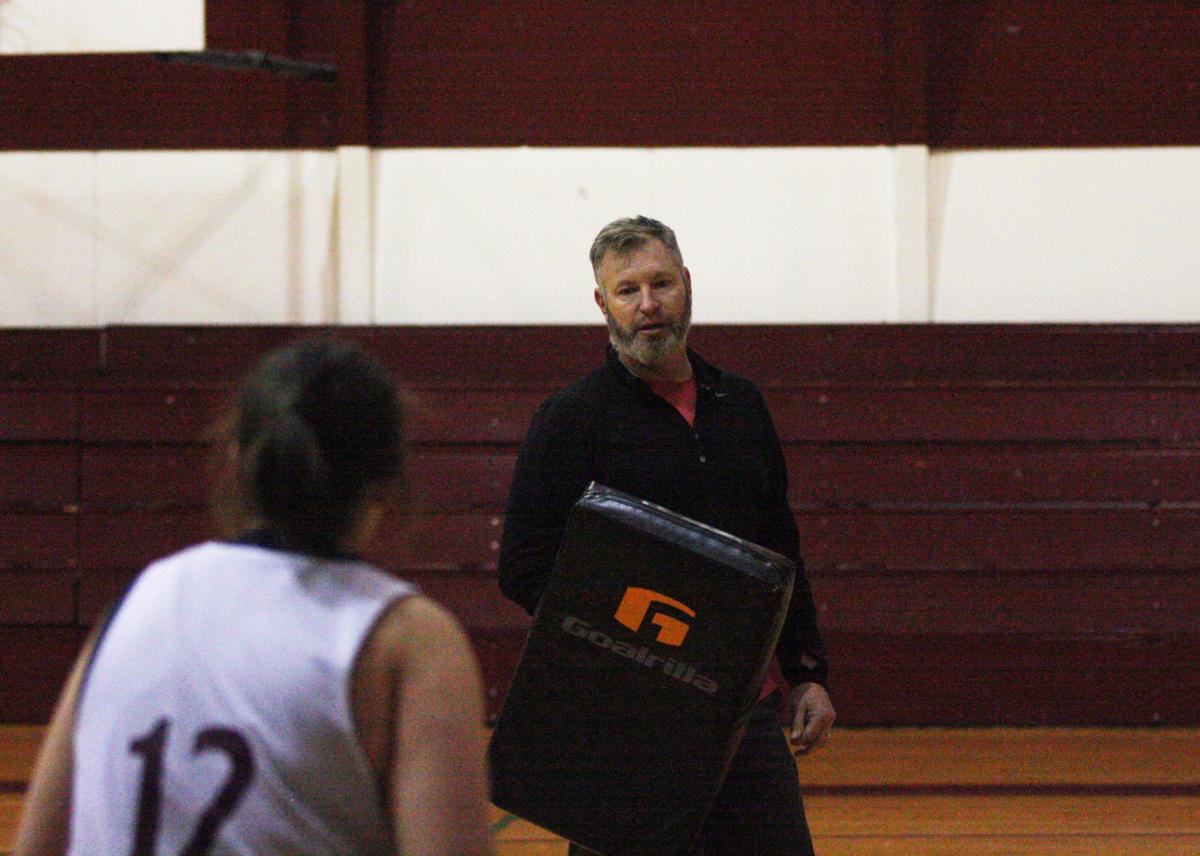 Kittitas High School girls basketball head coach Joe Mohn speaks to one of his players during Monday's practice at the Jimmy Johnson gymnasium.

Kittitas High School girls basketball head coach Joe Mohn speaks to one of his players during Monday's practice at the Jimmy Johnson gymnasium.

KITTITAS — Even after a brutal finish last season for the Kittitas High School girls basketball team, there’s a sense of optimism heading into the new season.

Kittitas finished 4-14 overall, 3-8 in league which put them eighth in the Eastern Washington Athletic Conference. But what was even tougher to swallow was dropping the final nine games of the season.

But with a bulk of players returning who put a lot of time in the offseason and have a better understanding of head coach Joe Mohn’s system, Kittitas has high hopes it can make strides this season.

“This will be my third year with a lot of these girls,” Mohn said. “We’re kind of building this understanding together of how we want to play basketball and it’s been looking really good, I’m really excited about it seeing that implemented.”

Kittitas didn’t lose much other than its top scorer Nyah Escobar, but return both guards in Amelia Mohn and Kelby Svendsen.

Also returning is senior forward Kyra Rupp who should put a lot of points on the board. She transferred to Kittitas mid-way through the 2018-19 season and quickly made an impact.

After Kittitas’ 53-38 loss to White on Jan. 22 in which Rupp scored 21 points and corralled 10 rebounds, Mohn said “She is the spark we need, she’s someone who can put the ball in the bucket, and we struggled with that this season.”

“You’re going to see a lot of good stuff out of her,” Mohn said Monday before practice. “… She’s got great touch, a really strong kid. A mature senior who really takes the ball aggressively.”

Kittitas doesn’t have much height, so it will do its best to beat the opposition with its agility. Offensively, you’ll see the Coyotes pushing the ball up court often. Defensively, they’ll be applying a lot of pressure with its man-to-man scheme.

“We’ve been committed to each other conditioning and being ready to run through games,” Mohn said. “If we turn games into a track meet, that might suit us better. We don’t want to play out of the half-court too much, we want to be able to pressure teams with some tough defense and then run the ball out as much as possible.”

Having a smaller team in terms of roster size, Mohn said most of the girls will see substantial minutes. The two other seniors on the team are Autumn Miller and Grace Allphin.

“She’s just a real vocal leader and a good spark for us,” Mohn said of Allphin. “(She) keeps the girls engaged and going.”

The other junior is guard Samantha Graham and the two sophomores are forward Kinzie Federwich and guard Hannah Moore.

Kittitas opens its season at home versus Riverside Christian at 6 p.m. on Dec. 3.