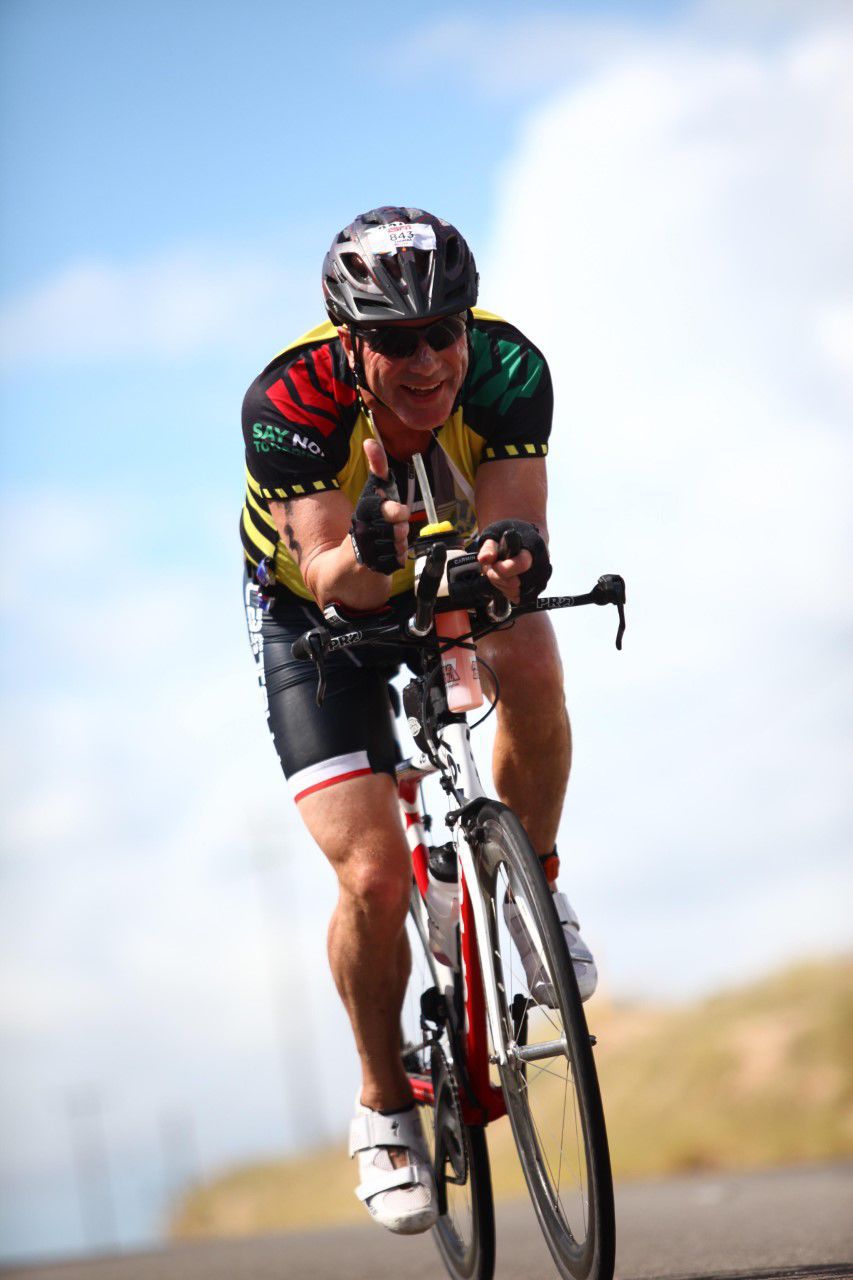 Lincoln Elementary School PE teacher Tom Wilson is training for his fourth triathlon and his first since breaking his neck in 2016. 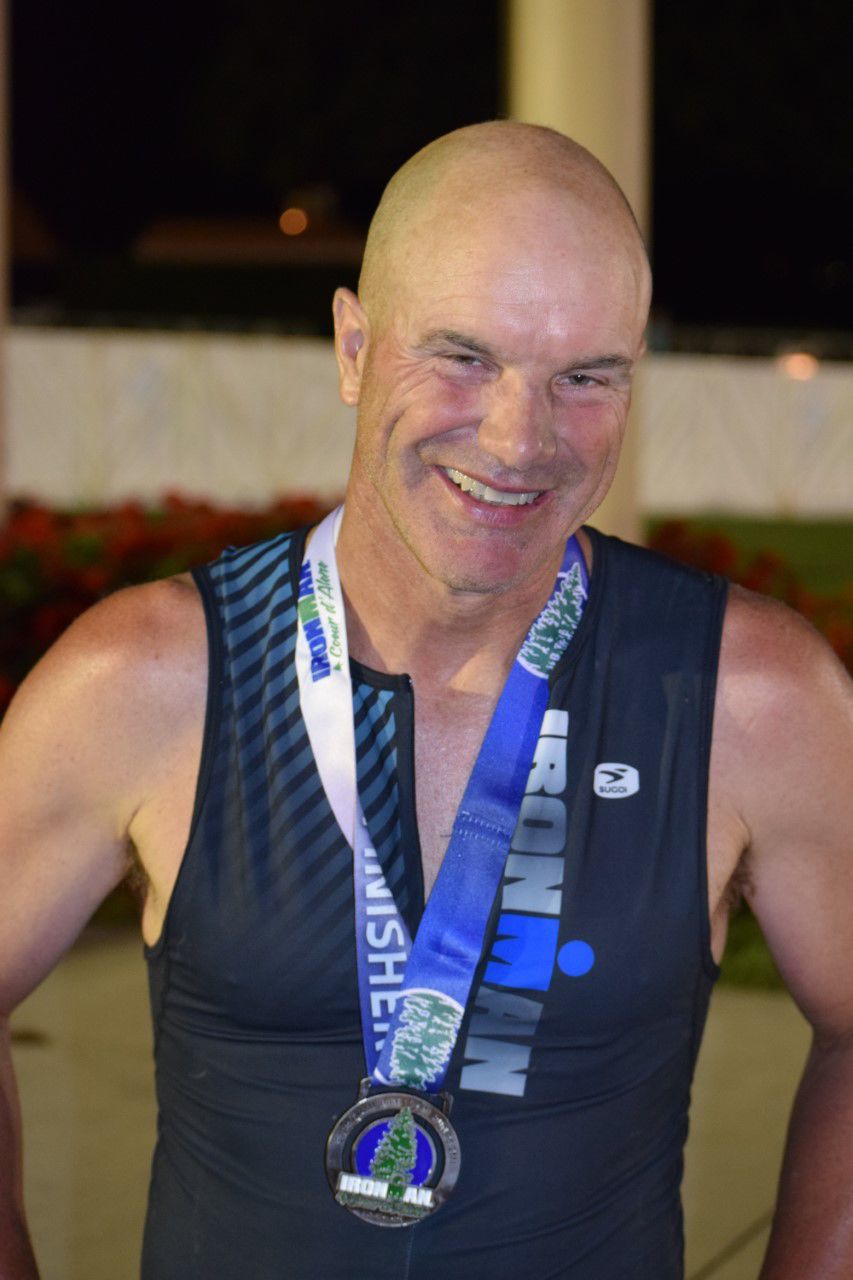 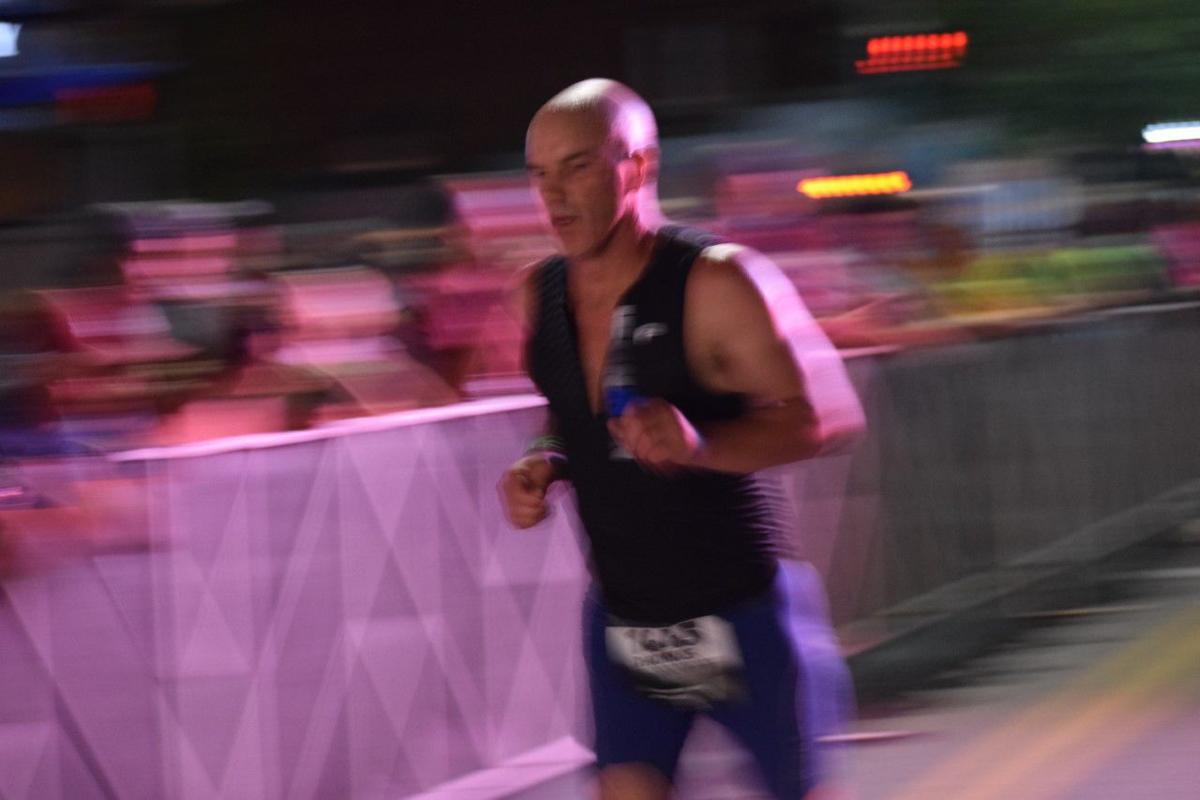 Tom Wilson of Ellensburg is training for his fourth triathlon. The Lincoln Elementary School PE teacher and his family find quality time in training together. 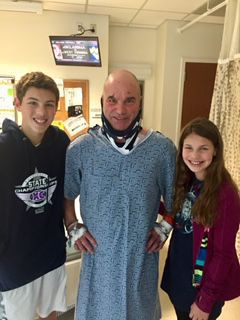 Tom Wilson and his son Bryton and daughter Briar after his surgery to repair broken vertebra in his neck in 2016.

Lincoln Elementary School PE teacher Tom Wilson is training for his fourth triathlon and his first since breaking his neck in 2016.

Tom Wilson of Ellensburg is training for his fourth triathlon. The Lincoln Elementary School PE teacher and his family find quality time in training together.

Tom Wilson and his son Bryton and daughter Briar after his surgery to repair broken vertebra in his neck in 2016.

You have to be a little out there just to want to swim 1.2 miles, then jump on the bicycle for 56 miles, then finish it up with 13.1-mile run.

While some might contemplate one of those endeavors on a really good day, you have to commit to all three to complete a 70.3 triathlon.

Lincoln Elementary School physical education teacher Tom Wilson has done three triathlons, including the Iron Man in Coeur d’Alene, Idaho (2016). He is currently training for the 2020 Iron Man 70.3 Santa Rosa Triathlon on July 23 with the idea that national travel restrictions and social distancing bans to control the coronavirus (COVID-19) pandemic will have been lifted by then.

Fact is Wilson is lucky to be walking, let alone punishing his body after crushed vertebras 4-5-6 in an accident in 2016. Everything else is a bonus.

The Santa Rosa Triathlon in Sonoma County is expected to be his fourth triathlon and his first since the accident. Training is a stress release from what’s going on around him as health care providers work to control the worldwide spread of the virus.

It’s also family time, and maybe that’s what drives him the most in finding ways to shave increments of time off each of the three disciplines — swimming, biking and running — more than anything.

“Even with what is going on, (training) is still something you can get out and do alone,” Wilson said. “With our family, if we can live together, we can train together. Running together, cycling together, it’s no different than being in the same house with each other.

“My daughter is a swimmer. My son is a runner and my wife is training for the triathlon, too. So, it becomes a family thing and there’s a lot of good family time together. My son’s faster at running, but it all evens out because I’m faster on the bike.”

FROM HOOPS TO HOPS

Wilson played college basketball at the University of Alaska-Juneau and eventually gravitated toward running to stay in shape. Where most people in the citizen’s division are just happy to finish, the Ellensburg educator says time matters, even if he is coming off the serious injury.

“The goal is to finish in the 12s (hours),” he said. “I’ve always thought running was my strength. But found that I’m probably best at the swimming.

“I’ve always like to challenge myself and this forces me to workout remain disciplined in my training.”

With triathlons, training has to be unified in that it’s sometimes easier to work on a strength rather than overcome a weakness.

“I get emotional just talking about it, because I’ve had to overcome a lot of mental fears,” he said. “I remember getting into a swimming pool the first time after my accident. You just hope everything will work like it’s supposed to and you don’t just want to sink to the bottom.

“It was a big relief not to have that happen. I haven’t had that fear for quite a while. But it built up while I was doing it, that’s for sure.”

His training at this point is a lot of cycling. Since the local swimming pool has been closed by city policy. But he’s not all that inspired to drive over to Coeur d’Alene and swim in the lake just yet, he said with a laugh.

“Right now, I’m cycling 50 miles and running. When I have lower cycling days, I try to run more than just for the exercise.”

He doesn’t have a personal trainer or coach. He’s a self-taught man, learning through training manuals and articles. But he has learned technique and discipline with the advice of others.

“I grew up on a lake, so I was a pretty good swimmer when I was young,” Wilson explained. “I’ve applied that to learning how to swim more efficiently to save energy in the water. On the bike, I bounce a lot of things off the guys at the Recycle Shop. They’ve been great.

“If you would have told me 10 years ago, I would spend over $200 on a bike I would have said you’re crazy. But my wife and I have come to an agreement. Whatever we spend on training or driving back and forth to triathlons, it’s worth it because it’s a great way to spend time together.”

Not everybody calls training for triathlons family time. But the Lincoln Elementary School PE teacher and his family have found away to beat social distancing and stay in shape at the same time.