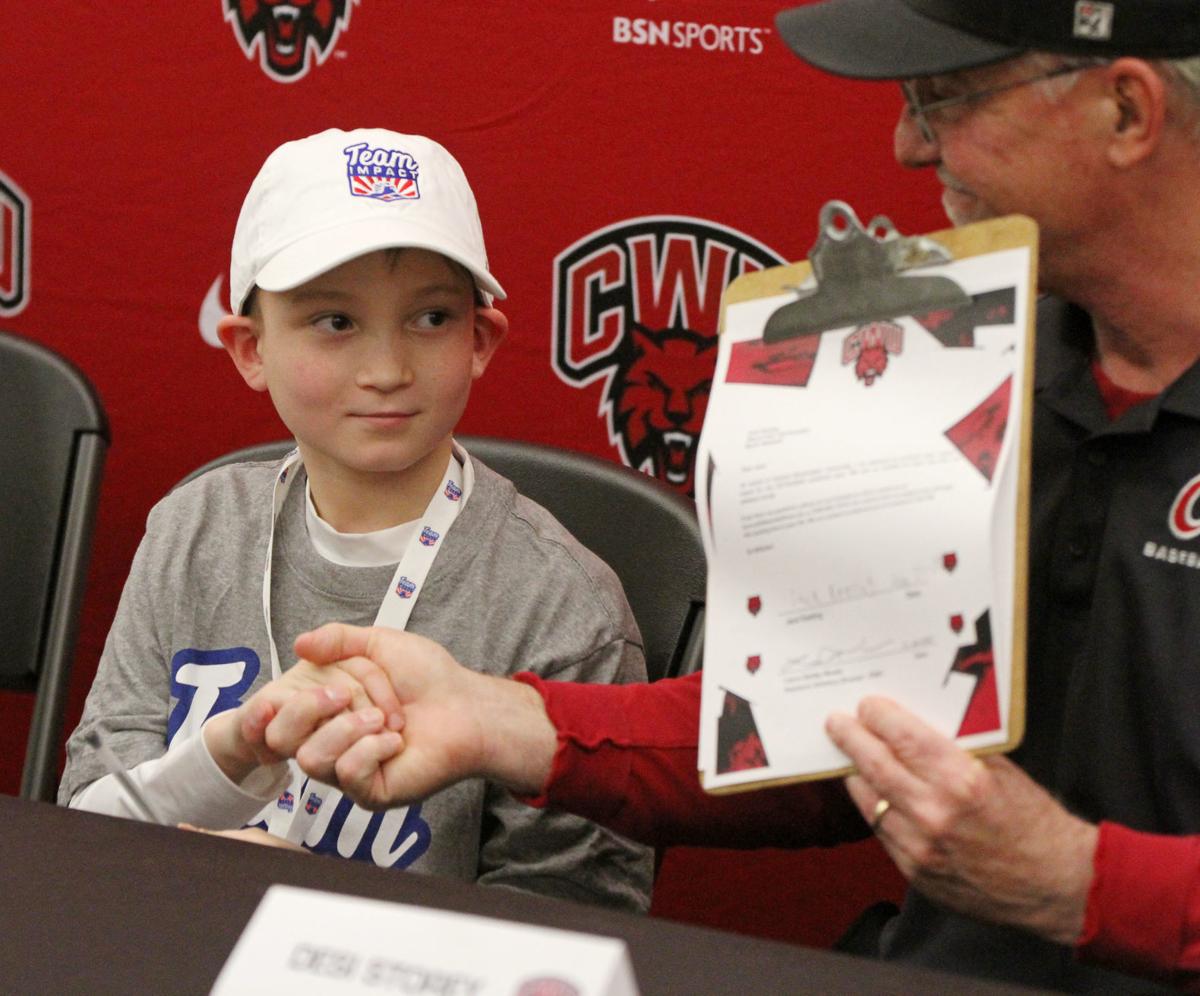 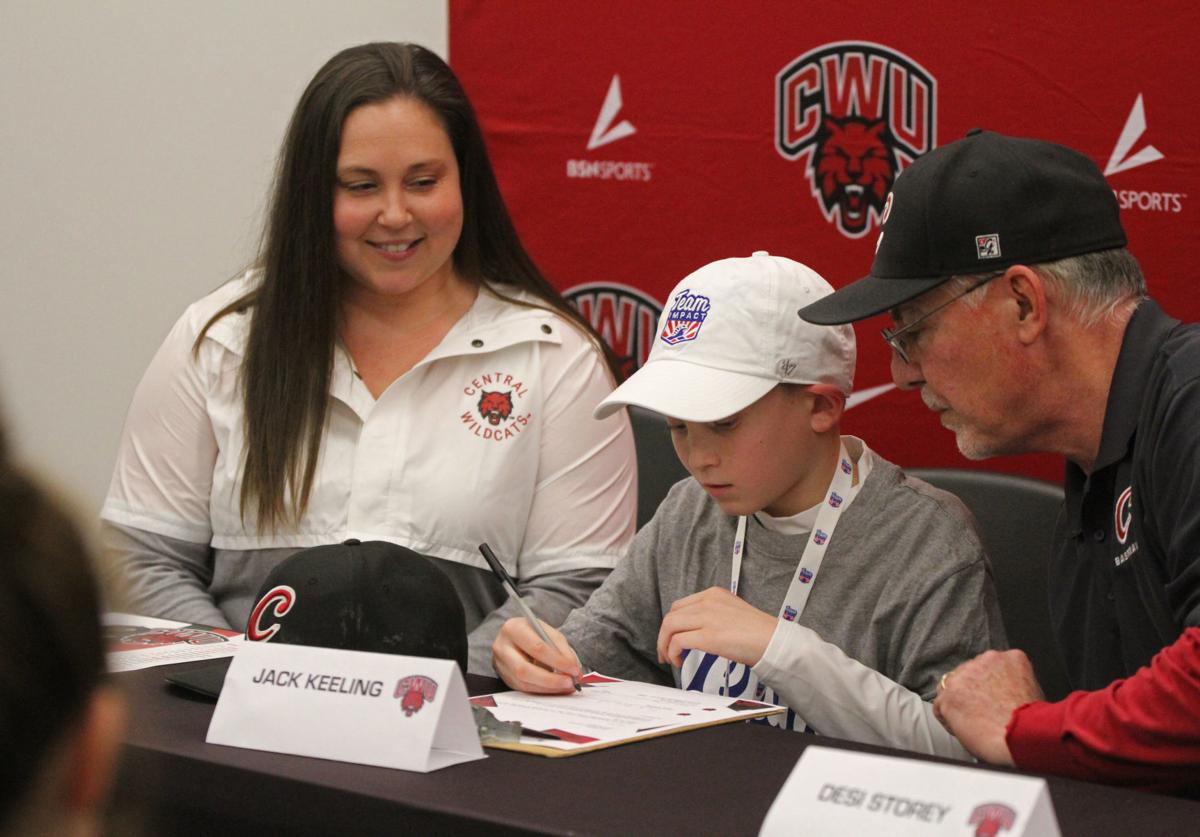 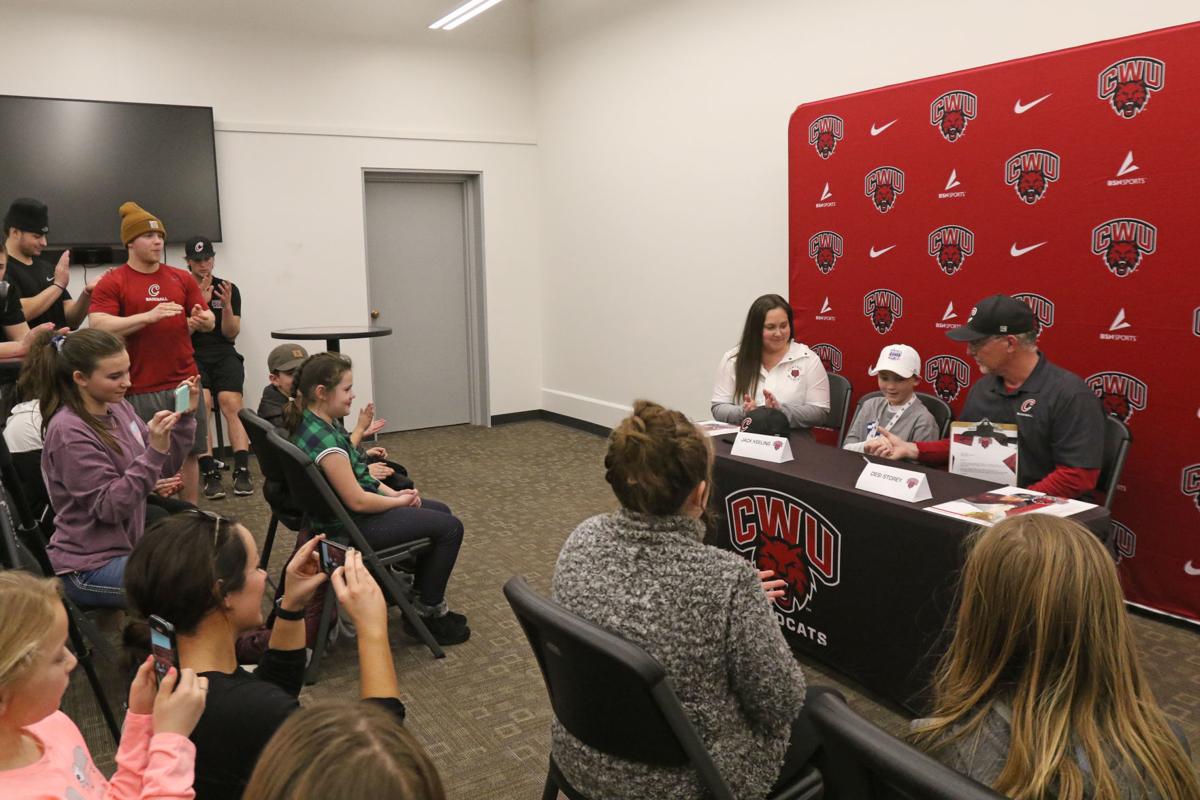 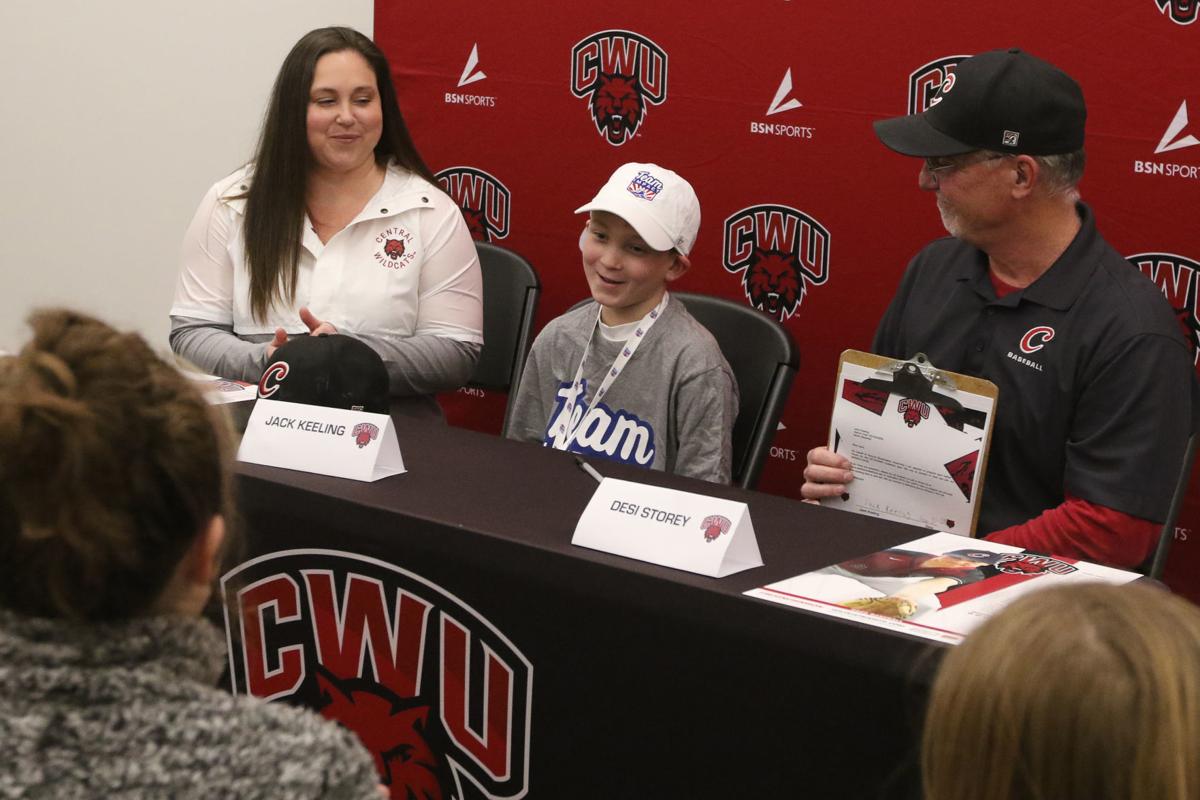 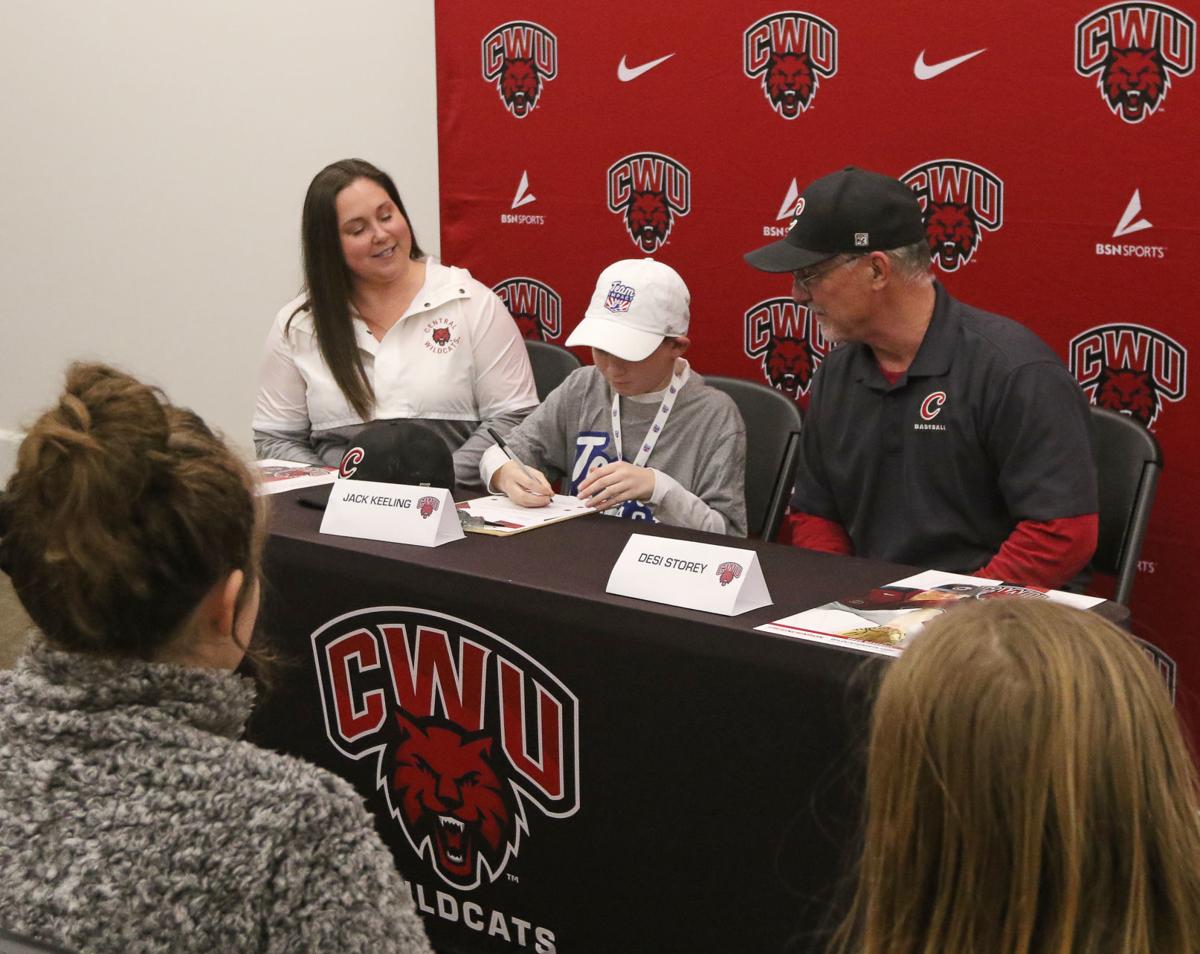 A simple signature on a piece of documentation is one memory Jack Keeling surely won’t forget.

And once he dons a ball cap and jersey, there could be plenty of more to come out on the field.

Keeling, 9, through Team IMPACT, signed his letter of intent with the Central Washington University baseball team to become an official Wildcat. He’ll be allowed to attend games, practices, team dinners, and more.

“We’d like to welcome our newest, and youngest ever, signee to the CWU baseball family,” CWU head coach Desi Storey said. “It is our hope he can be with us for the next couple years and the years beyond. Our guys had a chance to meet Jack this fall and we had a great experience. We are extremely excited for him to join our family.”

Keeling, a Valley View Elementary School student, has been battling McCune Albright Syndrome since he was 3 1/2 years old. It’s a genetic disease that affects the bones, skin, and endocrine system. According to the U.S. National Library of Medicine, it occurs in 1 in 100,000 in the United States, 1 to 1,000,000 worldwide.

People with the condition develop scar-like tissue in their bones known as fibrous dysplasia which destroys the bone and replaces it with tissue that’s much more fragile.

Keeling has endured six fractures and been in surgery seven times.

“He’s been in the hospital a lot,” said his mother Megan Keeling. “He hasn’t gone smoothly all the time. He can break something by barely doing anything, just kind of someone bumping into him.”

That hasn’t stopped him. But even at his young age, he knows his limits.

“Sometimes he wants to go sledding, and he’s probably going to be sore the next day,” Megan Keeling said. “But he wants to do it anyway. … When he’s active, a lot of times he’s kind sore. Now he’s getting old enough to where it’s still worth it for him.”

The entire CWU baseball team and a plethora of family and friends were packed in a classroom above the Nicholson Pavilion on Tuesday for the official signing.

Players and media were allowed to ask questions afterward once Jack Keeling put pen to paper.

“Real excited,” he said when asked how excited he was to be part of the team.

And in what position he’s going to be playing, Jack Keeling responded, “I don’t know,” giving everybody a chuckle.

The position he wants to play?

Team IMPACT is a nonprofit that connects kids with a serious illness with college teams to create lifelong relationships. Through the program, the kid becomes an official member of the collegiate team. Team IMPACT has matched more than 1,200 children with more than 450 colleges and universities in 46 states since 2011.

Jack Keeling is part of a research study out of the National Institutes of Health in Maryland (one of the world’s top research centers) and flies out there every one to two years. According to Megan Keeling, there’s a lot of nonprofit involvement over there and one of the nurses told them about Team IMPACT this past summer.

Jack Keeling connected with the program and Team IMPACT reached out to CWU baseball, and they were ecstatic to have him join the team.

His choice of sport was baseball because both his brother and uncle played.

“Just to really have fun,” Jack Keeling said of what he’s looking forward to the most.