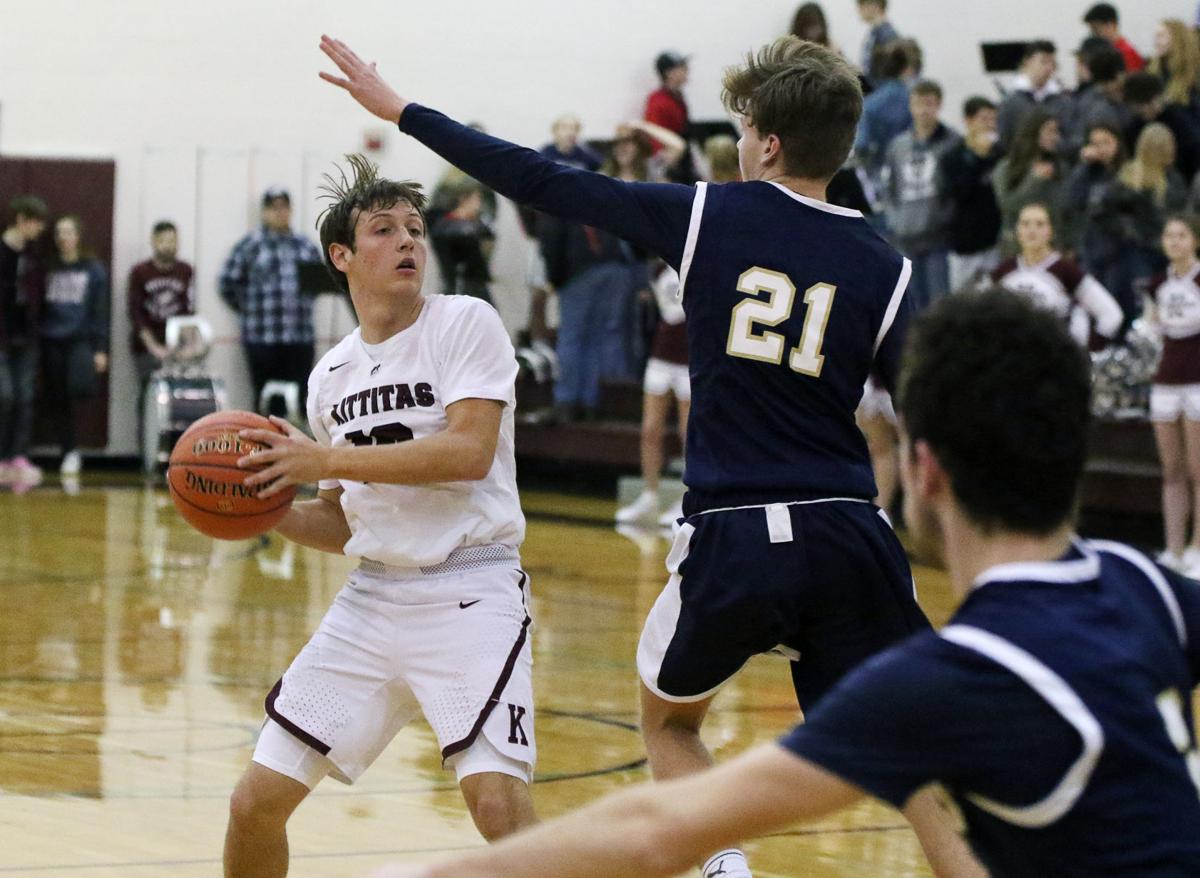 Kittitas High School’s Dawson Byers (10), seen here in a game against Tri-Cities Prep earlier this season, had a key part in the play to led to the basket that gave Kittitas a win Monday night in the EWAC title game. 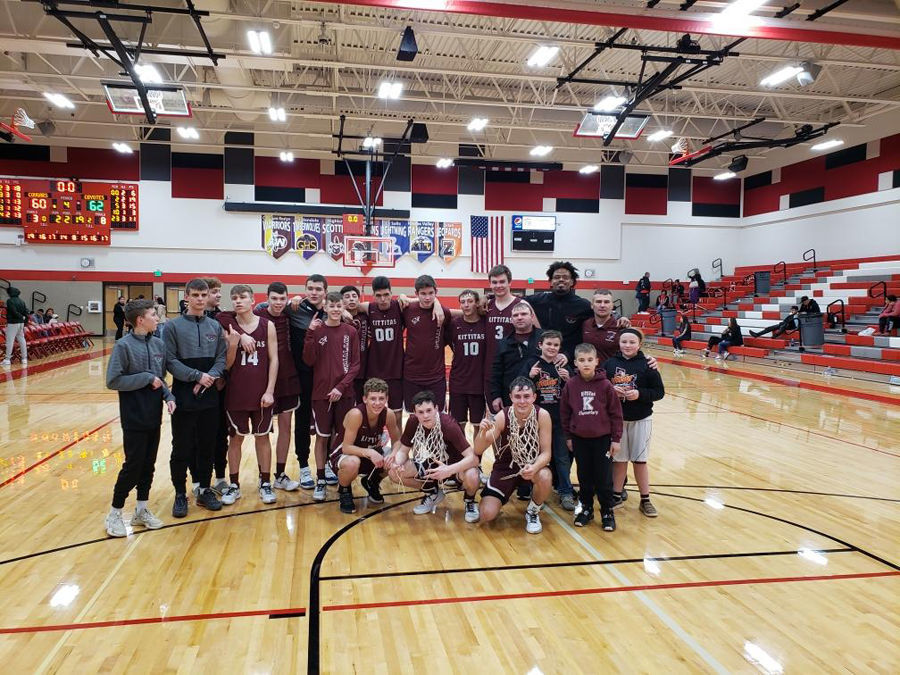 Kittitas High School’s Dawson Byers (10), seen here in a game against Tri-Cities Prep earlier this season, had a key part in the play to led to the basket that gave Kittitas a win Monday night in the EWAC title game.

GRANGER — The Kittitas High School boys basketball team found its rhythm. It found its flow. The Coyotes got back to playing their brand of basketball.

The win guarantees Kittitas at least two more basketball games this season, including next weekend’s district crossover championship against Brewster or Lake Roosevelt, who play tonight.

Kittitas (14-9) never had a lead until late in the third quarter and rarely led by more than one possession for most of the fourth quarter. However, with the ballgame tied at 60 apiece, White Swan drove into traffic, but missed the five-foot attempt with Blake Catlin coming up with the possession deep in Kittitas territory with 10 seconds to play. Dawson Byers and Justin Hudson were positioned near midcourt with two defenders to beat. Catlin got the pass to Byers who dribbled through the Cougar defenders but felt his defender’s presence. Instead of hoping to sink a low-percentage shot in traffic, Byers dished the ball to Hudson who took two dribbles into the paint and sank the lay in between the two defenders for the 62-60 lead.

“It wasn’t exactly that way, but yes we do draw things up and practice that,” KHS head coach Chet Weekes said. “We prepare stuff like that. Guys are going to know how to play basketball in the area we tell them to. We’re going to set them up in the correct positions and it’s up to them to execute.”

It was executed well, if you ask Hudson.

“Oh, for sure, that was awesome,” he said of the Catlin-Byers-Hudson exchange. “I expected it, too. They see the court well. It was awesome.

“I’m speechless,” he continued trying to find the words. “We always work on transition. We want to be a good transition team because we don’t have the same height, so we’re always sharing the ball in transition and getting those lay ups. I think we were set up perfectly for that moment.”

White Swan called a timeout immediately after Kittitas’ go-ahead basket with 1.2 seconds on the clock, but the Cougars (17-6) couldn’t get the shot off before time expired.

PLAYING CATCH-UP MOST OF GAME

As the final score would indicate, it was a nail-biter of a contest, but the Cougars controlled much of the first quarter, going up 7-0 to open the first period and held 12-4 and 15-7 advantages midway through the first. Down 19-10 late in the first period, Cody Van Dorn came up with an offensive board and bucket, Josh Rosbach then took a White Swan turnover for a short two-pointer and Catlin’s layup completed a six-point run to end the first quarter of play down by just three, 19-16.

White Swan, benefiting from 14 first half points from Devin Sampson-Craig, edged out to a 25-18 lead early in the second, but watched as Kittitas again found its grove. Hudson hit from the perimeter, Rosbach had another lay in, Byers hit from midrange and Hudson took a Jaymeson Walters offensive board for another bucket to tie the game at 27 apiece with 3:20 to play in the half.

The Cougars went into halftime up six, 36-30, but the Coyotes were showing glimpses of their brand of basketball.

Pace is one thing, but rebounding was another facet.

Van Dorn, who scored six points, earned big praise from Weekes for his play on the glass.

Van Dorn just had a better game compared to the first two times the teams met.

“I was just in a better position for rebounding tonight,” he said. “I came in more prepared to get them.”

Kittitas didn’t hold it’s first lead of the game until late in the third. Down 40-34, Hudson found Van Dorn down low for two, Rosbach drove the lane for a short two and then Catlin’s jumper tied it up at 40 apiece. After the Cougars tried to regroup with a timeout, Van Dorn took an offensive rebound back to the rim for two, completing the eight-point swing.

Kittitas would jump out to an eight-point lead, 56-48 with 5:30 to play and while White Swan tied it up at 60 over the next five minutes, Kittitas still prevailed with the last-second heroics.

Hudson led three Kittitas scorers in double digits with 19 on the night. Rosbach finished with 15 and Catlin had 11. Sampson-Craig led all scorers with 21.

It was the second straight win in as many games over ranked teams. Kittitas beat No. 15 Walla Walla Valley Academy by one on Tuesday before toppling the 11th-ranked Cougars.

The District 5/6 crossover championship is tentatively scheduled for Saturday evening at Quincy High School. Win or lose, the Coyotes will play in the state regional qualifier the following week with the winners of that contest heading to the state tournament at the Spokane Arena.