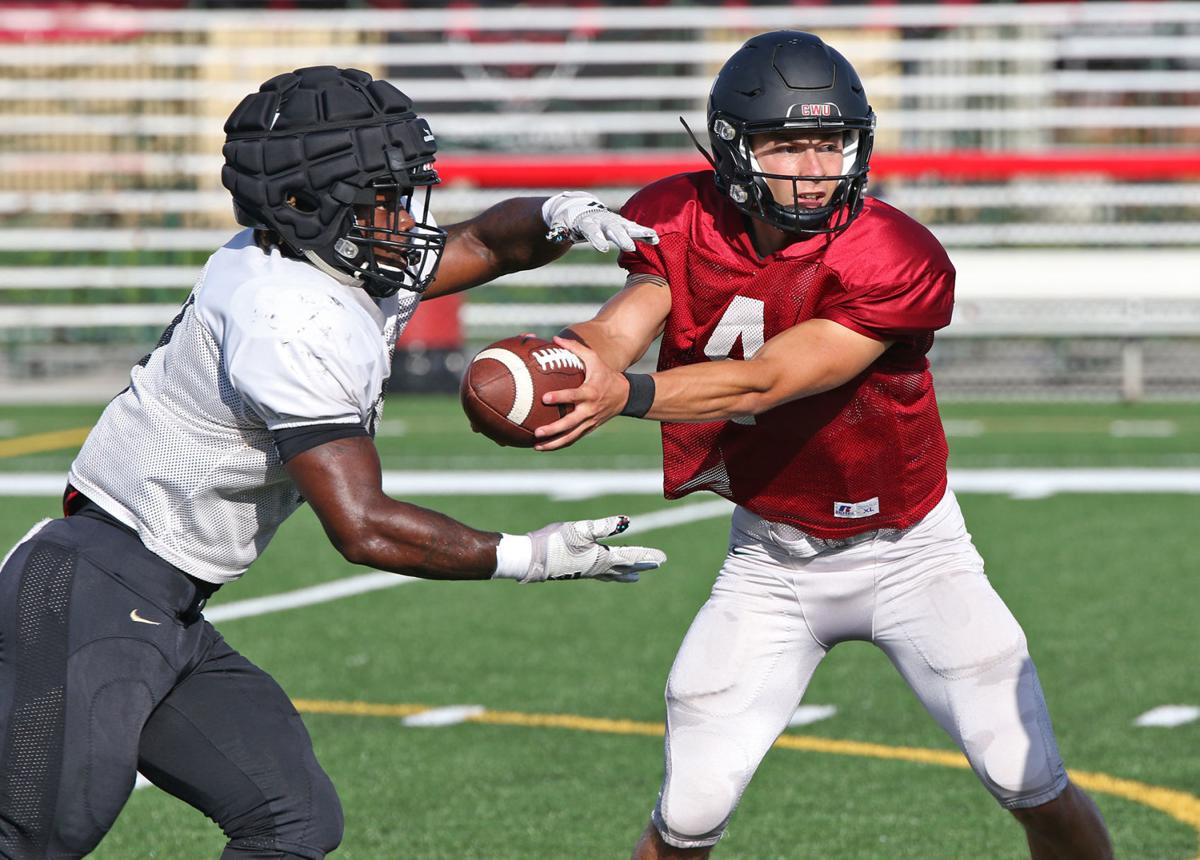 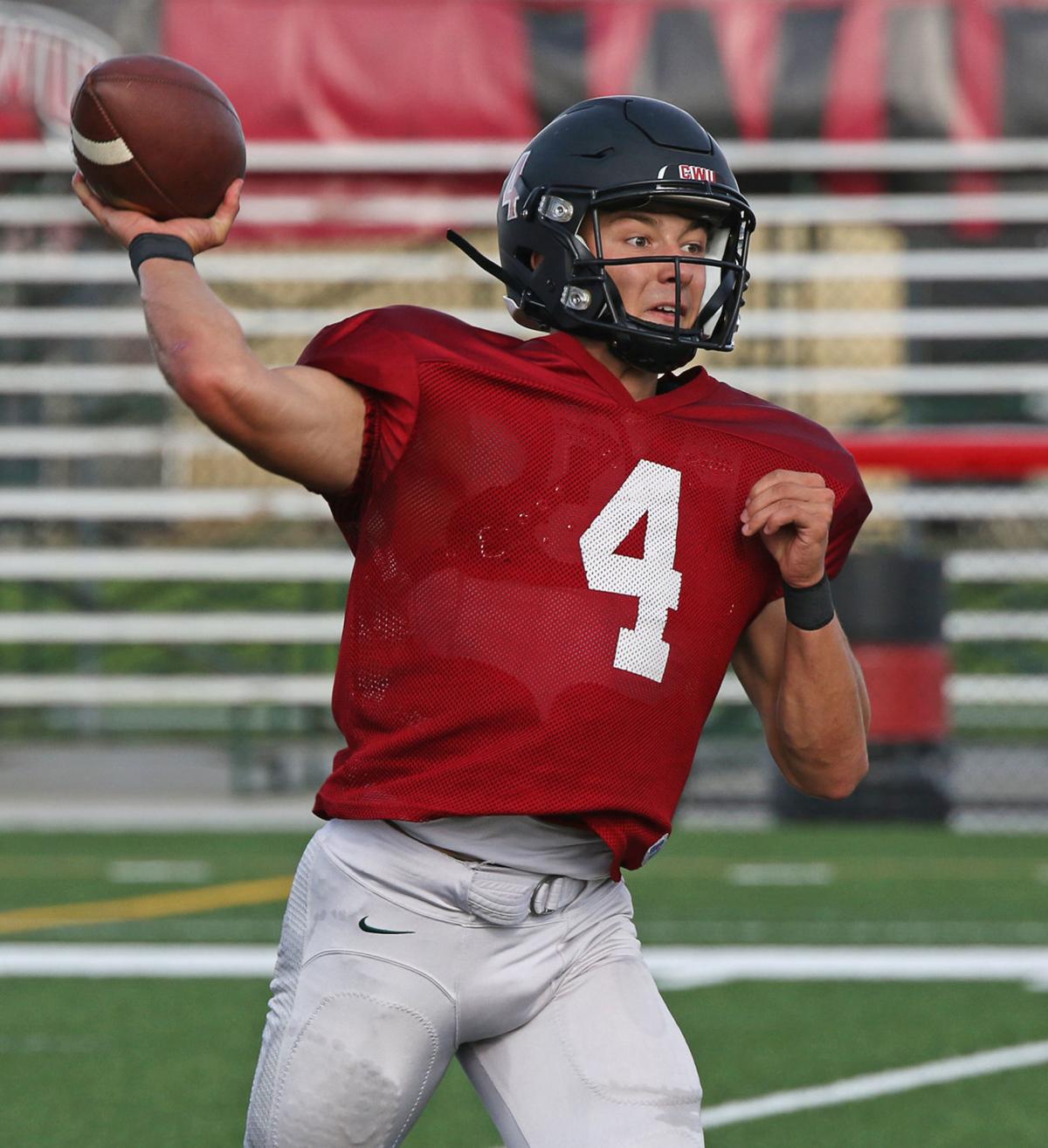 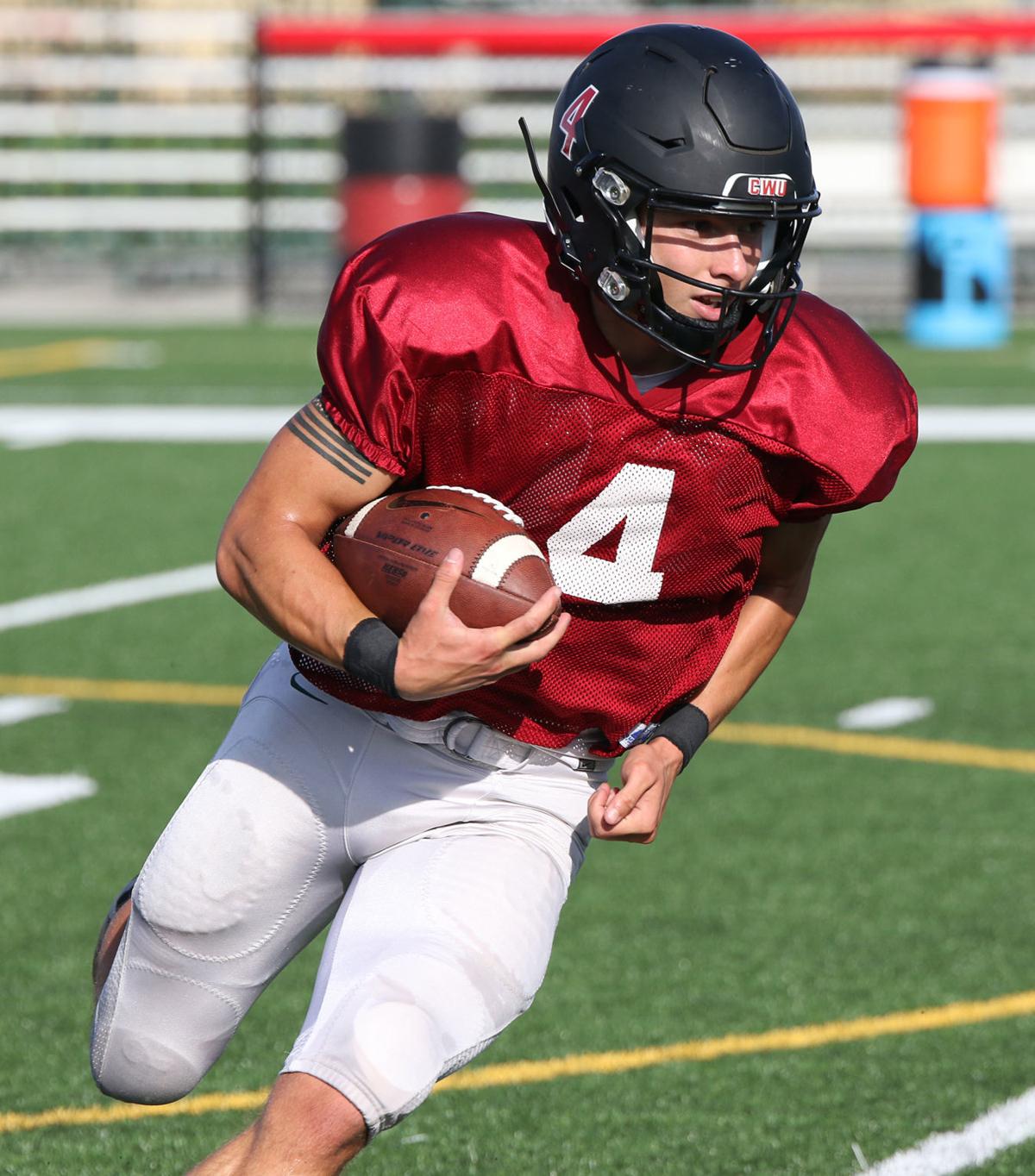 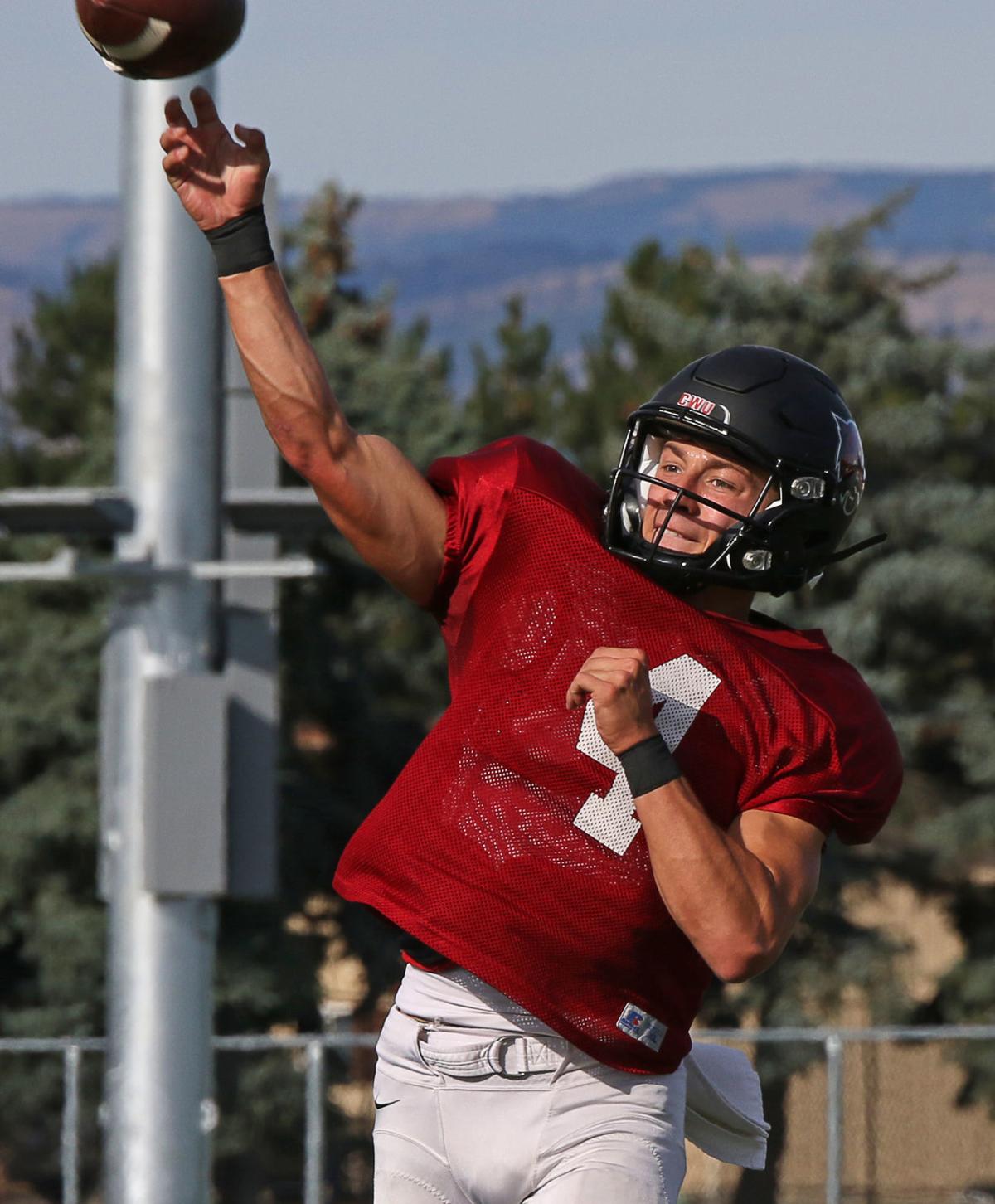 It was nearly two years ago when Canon Racanelli knew the starting quarterback job would be his.

Sitting in Wing Central with his parents in Ellensburg back when he committed to play for Central Washington University football, he conveyed to them that when CWU hits the road to face the University of Idaho in 2019, it would be him running the offense.

A confident individual, his parents expected nothing less of the assertion.

And here the redshirt freshman is, preparing for his second collegiate game under center this Saturday at Tomlinson Stadium against the runner-up of the 2018 National Championship, No. 2 Ferris State.

“I think I did whatever I could to make that happen,” Racanelli said. “Saracficed a lot, I stayed up here the whole summer. Just work, sweat and blood with the brothers, it’s been a blast. And I’ve embraced the whole thing, and it’s been so much fun.”

A week before the coaching staff made its edict, Racanelli made some changes in his approach to the competition.

“I just said to myself, ‘I just got to have fun and quit worrying about what everyone else is doing, and if everyone else makes a play, and just focus on me and do what I can for the team,’” he said. “I just went out and had fun. I knew my job, it was just overdoing it, and that was the biggest thing, just don’t overdo it and just focus on me and don’t try to do too much.”

Racanelli came from Hockinson High School and had one of the most prolific prep careers in the state of Washington. He’s the state’s record holder for touchdowns in a single season (74) and accumulated nearly 10,000 yards in his career with 124 touchdowns.

In Racanelli’s senior season, he passed for 4,128 yards and 57 touchdowns. He also rushed for 653 yards along with 17 scores. He led Hockinson to a 14-0, 2A state championship season in 2017. He was named 2A Player of the Year by the Associated Press.

Then once he arrived to CWU, it was all about patience as he had to watch from the sidelines in all of 2018 as a redshirt.

“It sucked,” Racanelli said. “Honest to God, it sucked. Especially just like signaling all last year and just like having to sit back. … And then finally after the season gets over, I’m like ‘Dang, finally, it’s going to be my turn.’

“Honestly, I don’t know what I would have done with myself if I wasn’t playing. That’s just the competitor I am.”

Racanelli was efficient in Central’s 41-31 loss to Idaho last Saturday. It was a game that most would anticipate Idaho to run away with, considering it was competing against a lower-level school.

But it didn’t turn out that way. CWU never trailed by more than 10 points, and at one point even took a seven-point lead.

Racanelli finished 13-of-31 with 146 yards and two touchdowns. He hit wideout Tony Archie from 24 yards out to take a 14-10 lead early in the second quarter, and then found tight end Samuel Sanchez for a 12-yard score to even the contest, 24-24, midway through the third.

“The good thing that he did against Idaho — especially early — was he took what the defense gave him,” head coach Chris Fisk said. “And he did just a nice job operating the offense, knowing down-and-distance scenarios and when to give the ball, when to throw the ball, did a great job with the play actions, and just commanded the offense. Never had an issue with the O-lineman, wondering what the play was or hearing the cadence or any of those types of things.

“He just acted like he belonged. And, you know, that’s a big part of it out there is just being the commander of the whole thing.”

According to Fisk, while Racanelli had more up-and-down performances during fall camp, his “really good days were ahead of some of the other quarterbacks in competition.”

“He’s a gunslinger, man,” Fisk said. “And we’re running fast, we’re a ROP offense (run-pass option) and he does a lot of great things with the football, makes a lot of great decisions. He’s got a really, really strong arm. And he’s a coaches’ kid, man. He’s just grown up around it. His attitude is infectious. I think the other guys around him play for him. They play really, really hard for him.”