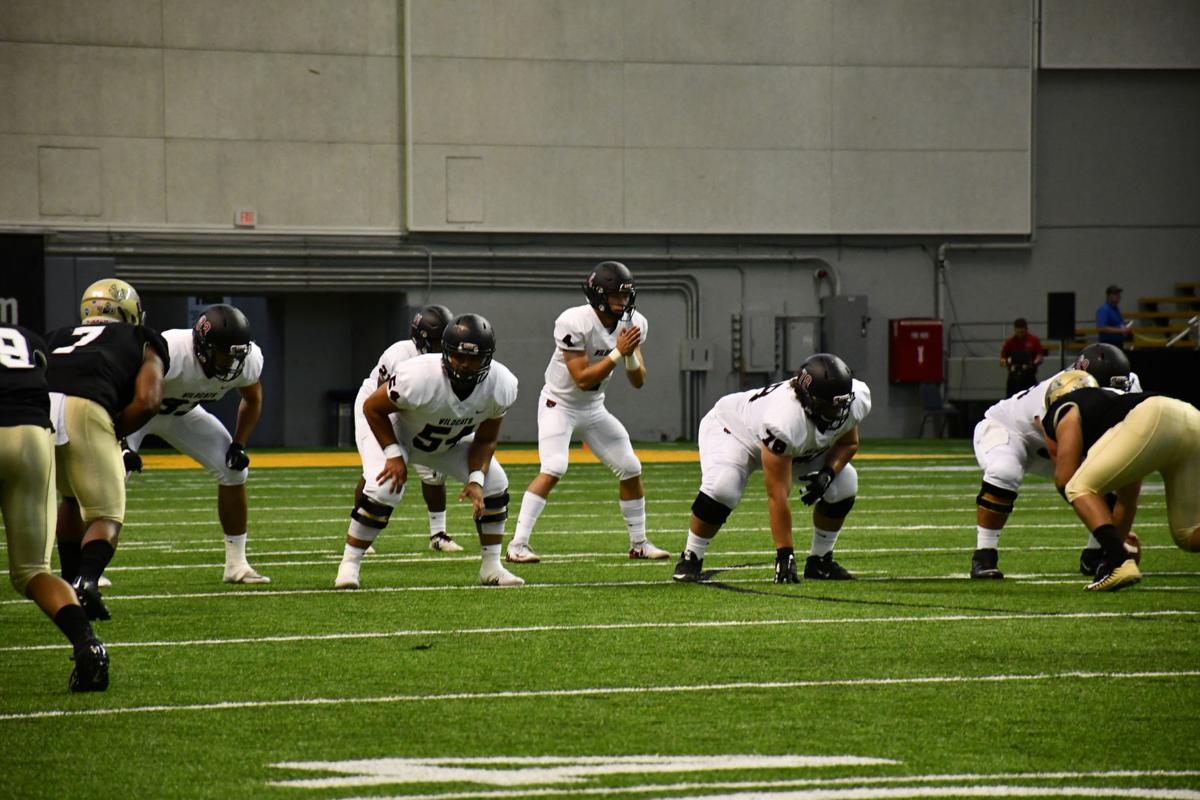 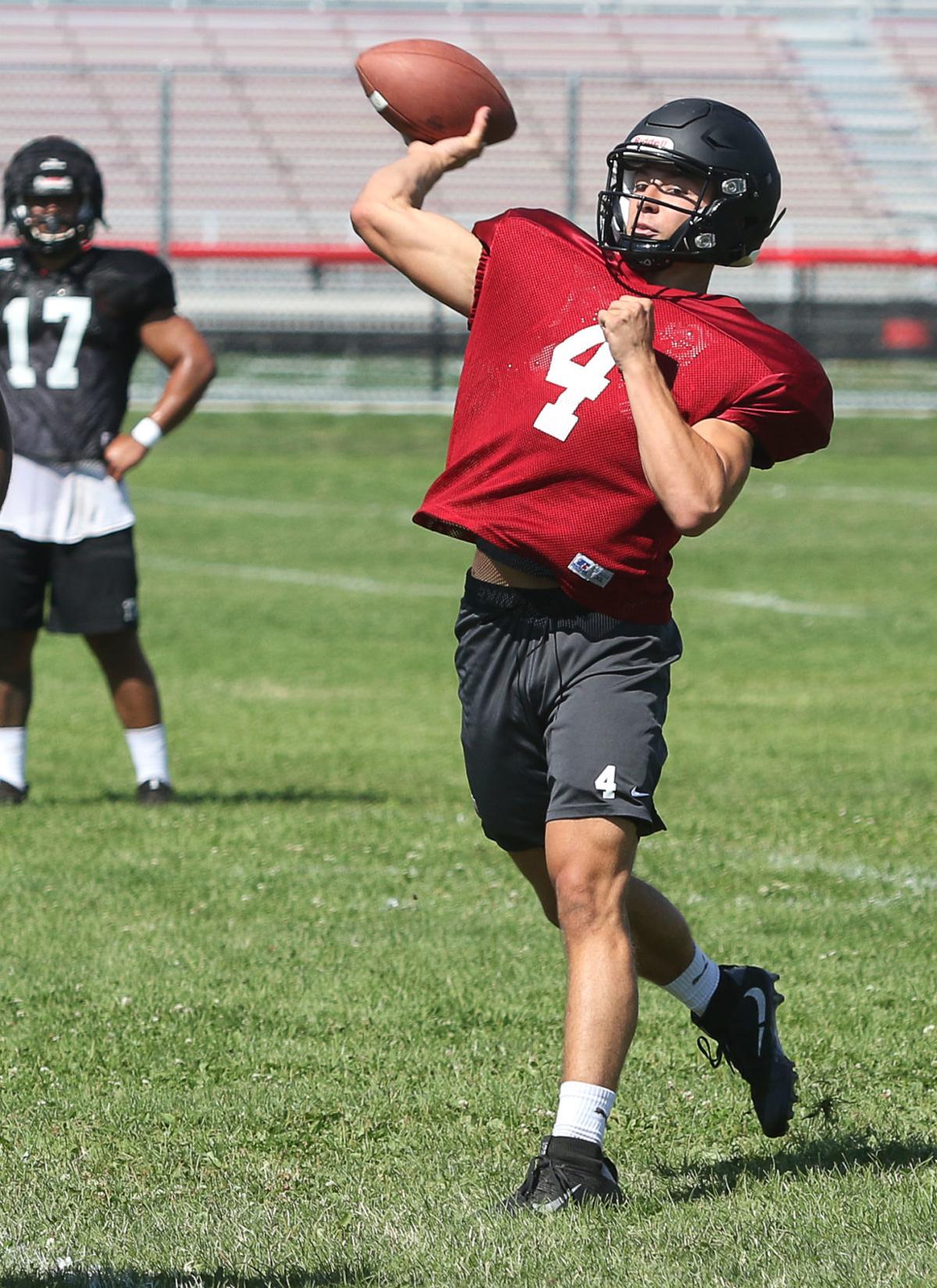 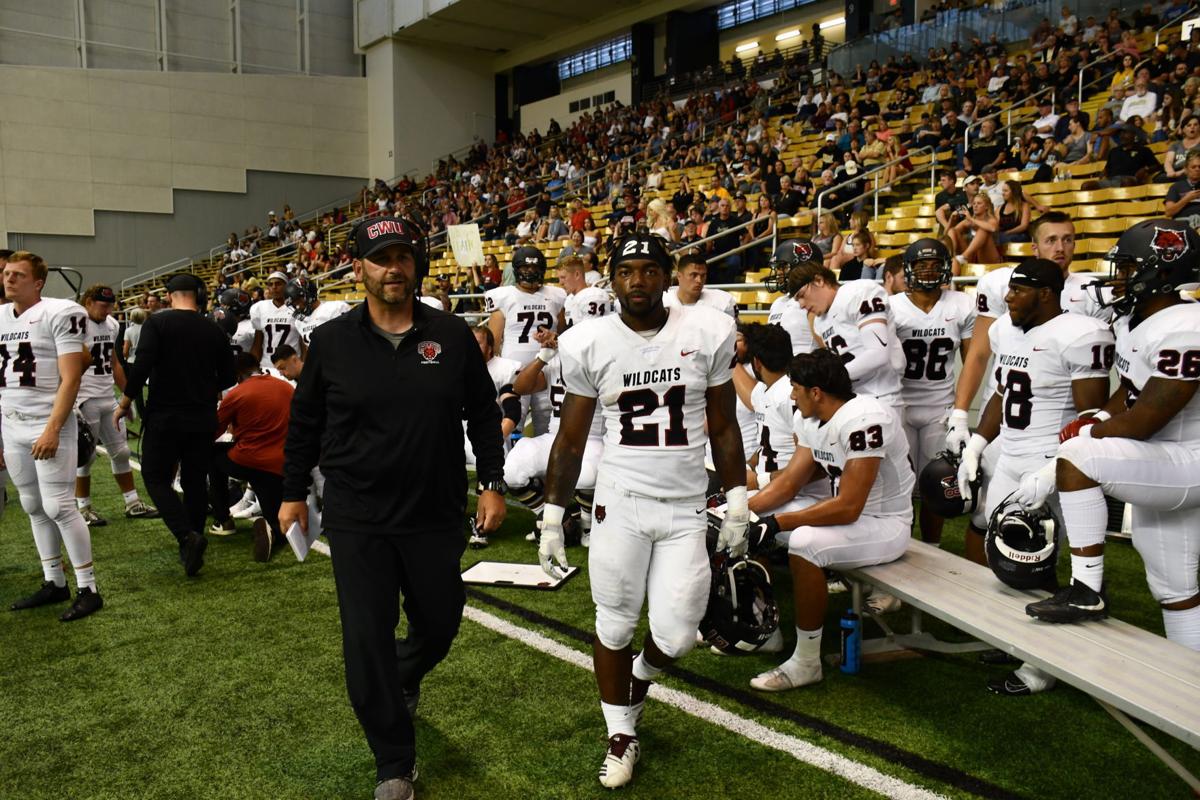 First year head coach Chris Fisk and junior running back Michael Roots walk together on the sidelines last Saturday in Central Washington University’s season opener versus the University of Idaho.

First year head coach Chris Fisk and junior running back Michael Roots walk together on the sidelines last Saturday in Central Washington University’s season opener versus the University of Idaho.

MOSCOW, Idaho — The decision became clear Saturday night that everyone had been waiting for: Who would be taking the reins at quarterback for the Central Washington University Wildcats?

But more importantly, what became manifest is despite losing the team’s top quarterback, three starters on the offensive line, a few new faces on the defense — and a new head coach — the Wildcats have shown they can compete even if it’s against a higher-level opponent.

Division I FCS school, the University of Idaho edged CWU 41-31, using a 27-yard rush for a score on a third-and-5 with 1:35 remaining to put the game out of reach.

The outcome said a lot about a team that was picked to finish second in the Great Northwest Athletic Conference and not included in the Top 25 preseason rankings.

“I think it shows we’re not here to just win GNAC championships,” redshirt freshman Canon Racanelli said. “The reason I came here is to win national championships and I think that’s our goal. And that’s where we are headed, and it shows we can compete with anyone.”

Racanelli put an end to the anticipation, as the redshirt freshman was handed the ball to lead the CWU offense. The 5-foot-11 quarterback from Hockinson High School wasn’t perfect, but he was efficient enough to keep CWU within reach, never trailing more than 10 points.

Racanelli finished 13-of-31 with 146 yards and two touchdowns. He hit junior Tony Archie in the corner of the endzone 24 yards out to give CWU its first lead of the game early in the second quarter, 14-10, and then found Samuel Sanchez for a 12-yard score to even the contest, 24-24, midway through the third.

“We can talk about it now,” head coach Chris Fisk smiled, as he kept the battle quiet all fall camp. “Canon did a heck of a job tonight. You can’t pick a harder scenario to make your first start against a Big Sky school. A really physical team like that. I just thought he had a ton of poise. Can he do things better? Yeah, and he’ll work on those things. He’s a super professional kid and just a football junkie. I’m excited about what he did tonight.”

But Racanelli wasn’t the only one tossing scores. It was the arms of wideouts Archie and senior JoJo Hillel, who each threw a touchdown to one another on trick plays. One helped get the Wildcats on board after an early 10-0 deficit, and the other put CWU within three points midway through the final quarter.

But don’t call them trick plays.

“They’re not trick plays if you work on them,” Fisk said. “It’s just part of our offense. We want to be a high-flying offense and have a lot of fun playing offense and we got a whole bag of those things. The kids love them, and also was a spark we needed in this game to stay in it.”

The first came early in the second quarter down 10-0. On a handoff to Hillel, he unfurled it to a wide-open Archie for a 60-yard score. And on the ensuing kick-off, Idaho fumbled and it was recovered by CWU at the 26. Racanelli then connected with Archie for a 24-yard score on a third-and-8.

The Wildcat defense stepped up, stopping a fourth-and-1 try midfield on Idaho’s next offensive opportunity, and then later came up with an interception from senior corner Tyren Sams to put the Wildcats in scoring position at its opponents 31.

Junior Michael Roots rushed to Idaho’s 6 for a 25-yard gain, and it was followed by a Racanelli touchdown pass to Archie — but was negated because of an offensive pass interference from Tyson Rainwater, pushing CWU back to the 21.

CWU settled for a 36-yard field goal from Gavin Todd with just over four minutes left in the half, 17-10.

Then down 34-24, it was Archie this time hitting Hillel in stride for a 39-yard touchdown with 7:13 remaining in the fourth quarter to put CWU within three.

The CWU defense forced a quick three-and-out, but resulted in the same from the Wildcat offense starting at its own 25 with five minutes left on the clock. Racancelli had a chance to keep the drive alive, but his third-and-10 pass to Drake Owen was incomplete.

Idaho started at its own 41 and moved the ball on the ground while eating up time on the clock. Aundre Carter sealed the deal running straight up the middle to score from 27 yards.

“I think we beat ourselves,” said senior linebacker Donte Hamilton who finished with 17 tackles. “I think we were getting a little tired in the end and they were trying to run the ball and wear us down. But, I liked the fact that we kept playing — we played hard. I don’t think we gave up, I just think we started to get worn down. We just got to execute. If we execute on a couple more plays, that W is ours.”

Idaho finished with 280 yards on the ground. Carter netted 123 with two touchdowns, and Roshaun Johnson had 111 with one score.

The GNAC Newcomer of the Year, Roots, was CWU’s only running back with carries. He had 22 of them for 113 yards.

Hamilton led CWU with 17 tackles, and behind him was safety Cody O’Connell with 14 (10 solo).

CWU will host No. 2 Ferris State at home for a 4 p.m. start this Saturday. It will be televised on ESPN3.