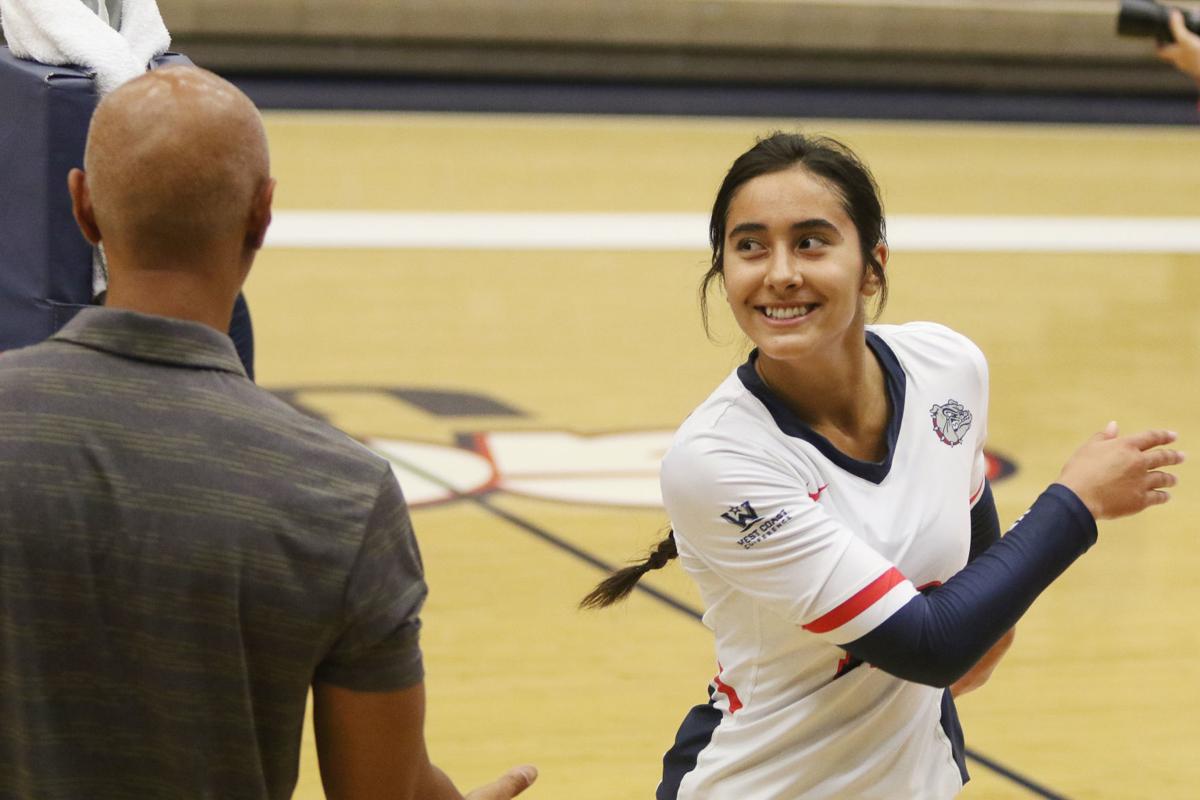 Gonzaga University’s Tia Andaya (19) smiles after giving her father Mario Andaya a low five after Gonzaga defeated CWU in an exhibition match in August in Spokane. Mario Andaya is in his 24th season leading the Central Washington Volleyball program. 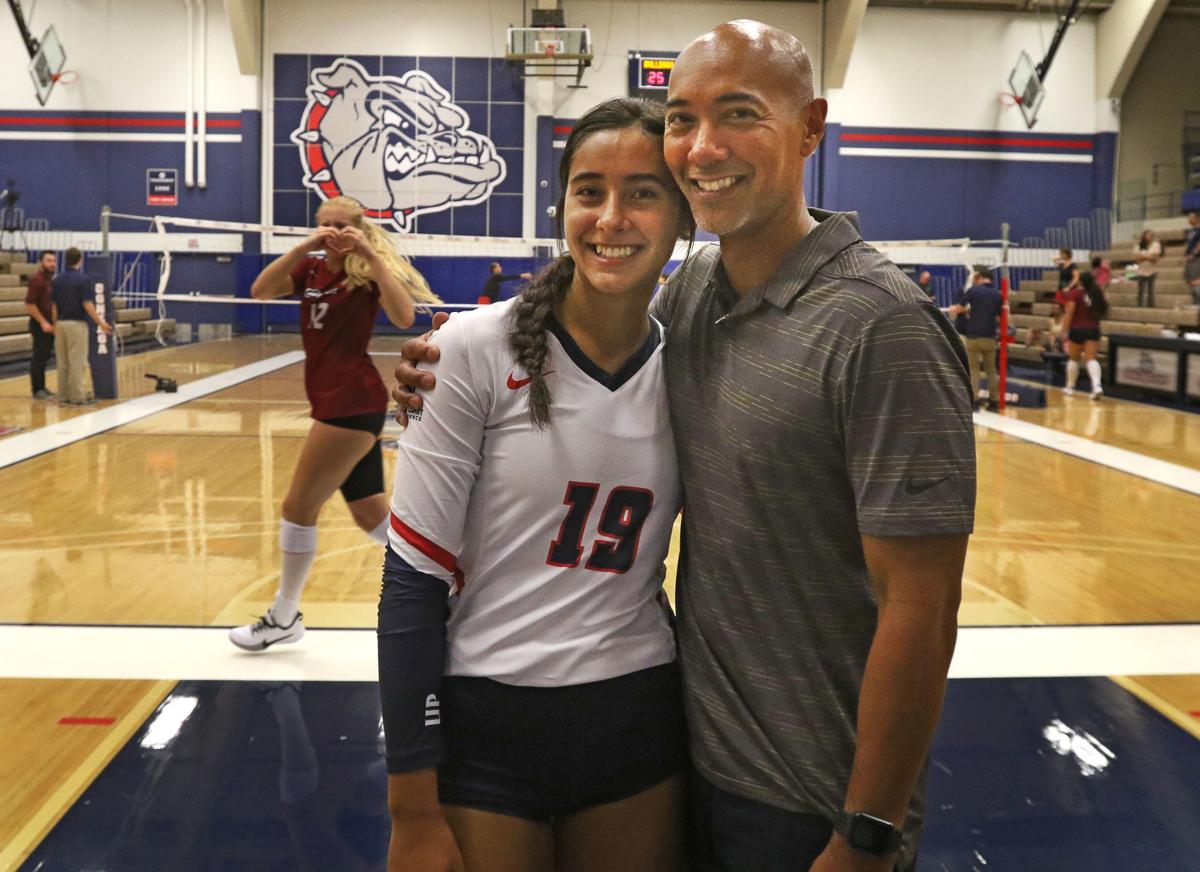 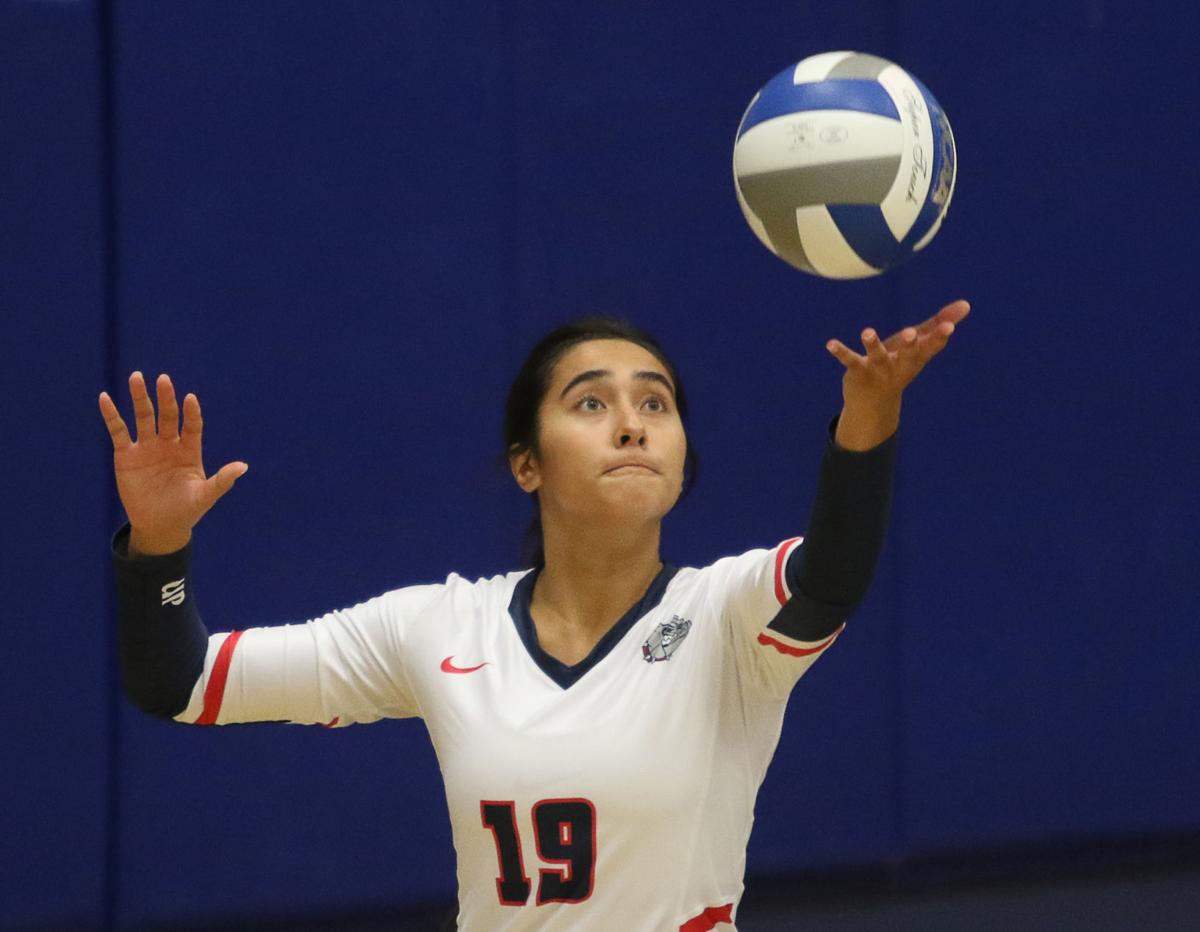 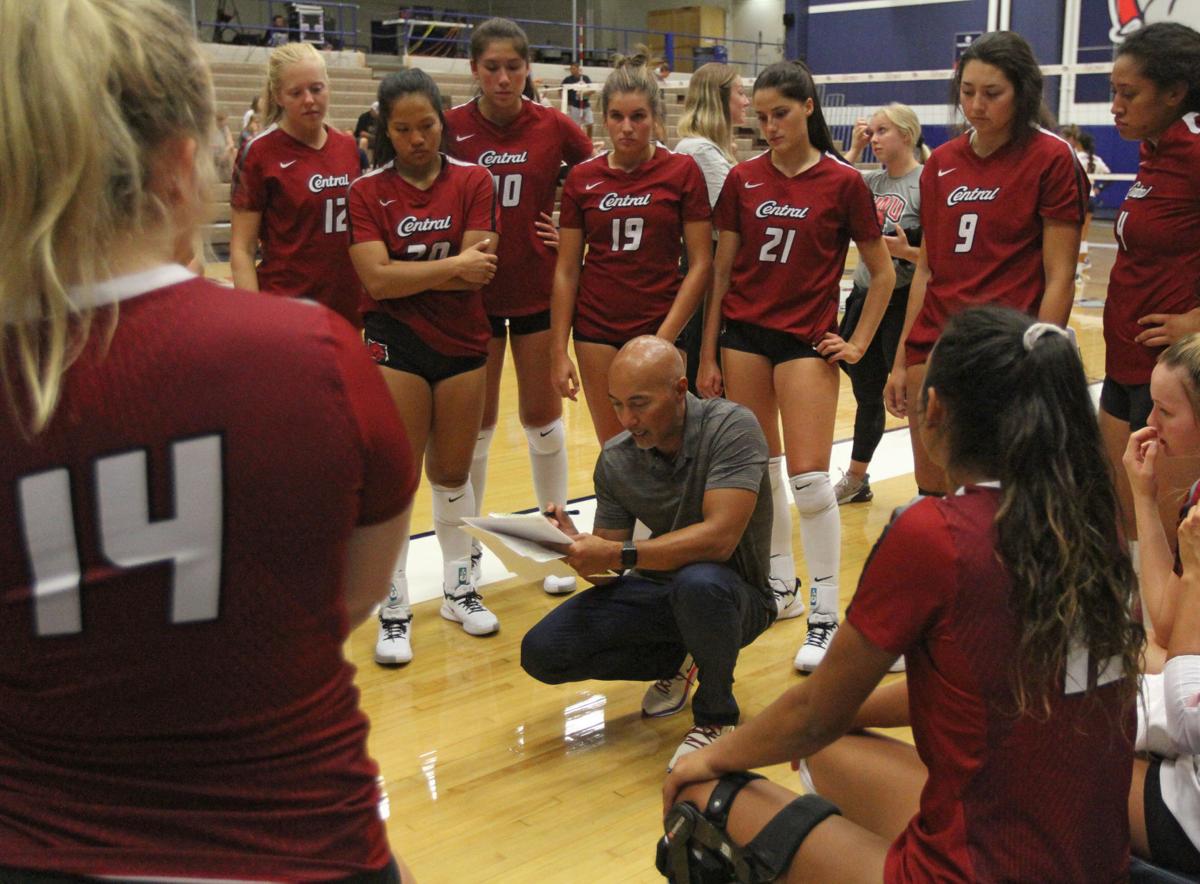 Central Washington University’s head volleyball coach Mario Andaya speaks to his players in a huddle during an exhibition match against Gonzaga University last season in Spokane.

Gonzaga University’s Tia Andaya (19) smiles after giving her father Mario Andaya a low five after Gonzaga defeated CWU in an exhibition match in August in Spokane. Mario Andaya is in his 24th season leading the Central Washington Volleyball program.

Central Washington University’s head volleyball coach Mario Andaya speaks to his players in a huddle during an exhibition match against Gonzaga University last season in Spokane.

SPOKANE — Molly Andaya didn’t know what team to root for during the volleyball exhibition between Central Washington University and Gonzaga University.

One team represented her husband Mario Andaya, and the other her daughter Tia Andaya.

So, Molly Andaya found a solution: She was going to place herself right in the middle of the bleachers in between the two teams and root for them both.

Molly Andaya and other relatives got to witness Tia Andaya compete in her first collegiate match with the Zags last Saturday at the Martin Centre in Spokane. And not only was it meaningful in that aspect, but it was against CWU, coached by Tia Andaya's father, Mario Andaya, who’s entered his 24th season with the program.

“At first I was definitely nervous because it was my dad,” Tia Andaya said. “But once I started playing, it was just like we’re playing another team.”

Tia Andaya was a standout at Ellensburg High School, where she was a three-time Central Washington Athletic Conference Player of the Year, and a two-time 2A All-State team selection (2017, 2018). In her career, she accumulated 1,249 kills with a .302 hitting percentage to go along with 1,255 assists, 999 digs, 214 aces, and 137 blocks.

It was inevitable there was going to be some trash talk prior between Tia Andaya and Mario Andaya.

“Pretty short, pretty generic. You know, she’s a competitor,” Mario Andaya said. “She’s telling me how things are going, if I try to dive into it a little bit, she’s like ‘No, that’s all you get.’

“But at the same time as her dad, I think she was really showing me what she was doing throughout her time here. But we did spend a lot of time on the phone and FaceTime just as father-daughter which was really cool.”

“It was a lot of joking trash talk,” Tia Andaya said smiling. “And like who’s going to beat who and what we’re going to do.”

From the very beginning, Tia Andaya has spent most of her childhood at Nicholas Pavilion, whether watching the CWU teams or practicing/playing with them.

It was a unique experience to be on the other side of the court.

“Yeah, I’ve played with a lot of the girls, so it was fun to kind of play against them because I never really have done that,” she said. “But it was good because I’ve played with them, I kind of know how they play. And likewise, they know how I play.”

Mario Andaya never imagined he would be coaching against his daughter at this level.

“No… no,” he said. “So, I mean this is cool. I’m glad Gonzaga agreed to this so we can play. We usually do it in the spring, but it was a cool setting for me as a dad for sure.”

Tia Andaya's role has changed at Gonzaga. At EHS, she was its top outside hitter, but with the Zags, she’s moved to a setter — which is what they recruited her for.

“Good, it’s great,” Tia Andaya said of her transition to college. “It’s definitely another level, but I love it — that’s what I signed up for.”